One benefit to being a Christian in Current Year is easy access to what your enemies think of you. Here, a couple survivors of the Purity Movement weigh in. Female survivors, of course. Living in NYC.

Millennial evangelicals are speaking out about the heightened emphasis on sexual purity that characterized their upbringing in that subculture.

Their link is to an NPR interview. Millennial, sure, but devout, hmm.

Joshua Harris, a former pastor who became one of the most public faces of the purity culture movement in the United States with his 1997 book “I Kissed Dating Goodbye,” recently renounced his views and very publicly left evangelicalism. When his book came out, it was widely read and led many evangelicals to believe that the best path through adolescence and to a fulfilling happy marriage was the embrace of purity culture.

So, what exactly is the purity movement all about?

It’s about Churchianity, specifically, the fear of Snowflake Daddies everywhere that no man is good enough for his empowered daughter. It’s taken forms from unsexy young Christian men being tricked into promising to wait potentially forever until Barbie is ready to settle, to father/daughter dating and dancing because no “boy” will ever be good enough.

Fortunately, this piece wasn’t a simple conflation of Josh Harris with Christianity.

The label purity culture has a range of meanings. Many use it in its most literal form to refer to efforts, especially in conservative Protestant Christianity, to promote sexual abstinence prior to marriage.

But beginning in the 1990s some groups within conservative U.S. Protestantism began promoting an organized strategy to convince young people that the Bible requires a much more restrictive code, what one author has called “extreme abstinence.”

In 1993, for example, the Southern Baptist Convention launched its “True Love Waits” campaign, seeking to promote sexual abstinence among Christian youth with conferences, concerts and purity pledges. These are reminiscent of 19th-century evangelical temperance pledges, in which people signed a pledge to abstain from alcohol.

Advocates of extreme abstinence advise women to be appropriately submissive, not pursue leadership roles and not speak out too much in mixed company. That may mean avoiding mixed company except in tightly regulated circumstances, such as with parents present. All of these concerns become part of how “purity” is understood.

They were doing well until this latest paragraph. Seems like women are okay with being sexless (so far as polite society needs to know) in return for indulging other forms of penis envy.

In this view, purity is much more than just refraining from premarital sex and dressing modestly. As I write in my book, “Building God’s Kingdom,” they replace dating with “courtship” that is pursued under the direction of the young woman’s father. Courtship in this case means that all interaction between young men and women must be explicitly for the purpose of pursuing marriage and under the permission and oversight of the young woman’s father.

Both men and women are expected to remain sexually pure. This includes abstaining from sex, but it also extends to avoiding lustful thoughts. For the young women, being “pure” also means being responsible for the boys and men around them and comporting themselves in ways that do not “tempt” others to sin.

Only men were to avoid lustful thoughts. Women we presumed to not have any. Conversely, Christian women do have an explicit standard to be modest.

In purity culture, as I found in my research, a woman’s entire purpose is to appeal to a godly young man whom she can serve as a wife in whatever work God has called him to do. The woman’s sexual purity is what is of most value to the man.

These views are taught in many ways, but a common example comes from youth groups and summer camps where a pastor or camp director passes around a chewed piece of gum, telling the young women if they fail to protect their purity that is how they would appear to a Christian man looking for a godly wife.

I never heard that one but it sounds useful.

This exercise prompted condom manufacturer Trojan to launch a 2019 campaign called “You Are Not Chewed Gum.”

Other groups joined in marketing chastity throughout the 1990s with purity rings, books, concerts and father-daughter “purity balls.” A purity ball is a father-daughter formal dance in which the daughters make a commitment to purity culture and fathers vow to protect their daughters’ purity.

Typically by driving off all the nervous Bucky Beta suitors while Princess climbs over the back fence to sportfuck.

These activities in general, but purity balls in particular, were especially pervasive in Christian schools and the Christian home school movement and in the churches affiliated with them.

Shame and trauma
As the children raised in these evangelical communities have grown to adulthood, a dark picture has emerged of a movement that has promoted shame and sexual ignorance.

Unfortunately true, but let’s see if these folks fall into the same trap the Churchians did.

Evangelical women have shared their stories of being shamed. There has been a a television documentary, and a new book explores the impact of those teachings on the everyday lives of young women raised in the culture. Social media has been an important way of connecting with each other for support.

Author Linda Kay Klein, who grew up in this culture herself, interviewed women to document how these teachings led to guilt and shame as well as profound ignorance about sex and sexuality. 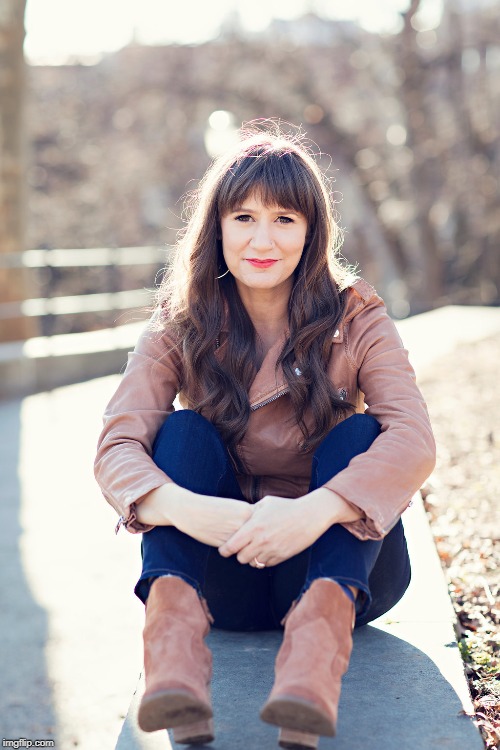 Not bad, allowing for age, so she was probably raised more right than she’d like to admit.

Before Linda Kay Klein had a routine X-ray at the age of 23, she insisted the nurse gave her a pregnancy test so she would be “better safe than sorry.”

It was one of many such tests Klein had undergone over the previous few years because of her fear of having a baby out of wedlock.

Never mind that she was still a virgin.

Now 39 and living in Manhattan, Klein has written “Pure: Inside the Evangelical Movement that Shamed a Generation of Young Women and How I Broke Free” (Touchstone, out now). Part memoir, part cultural commentary, it chronicles her complex relationship with religion and sex.

“The good girl/bad girl thing is our default way of thinking,” Klein said. “I want to draw attention to the dangers of sexual shaming and purity teachings.”

The writer, who works as a consultant in the nonprofit sector, became a born-again Christian at the age of 13, following in the footsteps of her mother. Klein signed her so-called “purity pledge” at a regional youth gathering in her native Wisconsin two years later, in 1994.

Growing up, she’d been told by pastors and church teachers that she was a “stumbling block” of temptation for boys and men. This was largely presented as her problem, not theirs: It was made clear that she would be cast as a Jezebel — with her character corrupted — if she had sex before marriage.

Women always blame the men. Rightfully in the context of father/daughter dances, wrongly in the case of men being easily aroused by hot young chicks.

These issues continued into her 20s when, still a virgin, she attended Sarah Lawrence College and, later, New York University. By then, she had turned her back on Evangelism after beginning to doubt aspects of its theology — and after a youth pastor at her old church was convicted of the sexual enticement of a 12-year-old girl.

Ah, Churchianity. “Girls should stay virgin for the husband she won’t need after completing her PhD.” Could they have been more stupid about human sexuality?

Many young adults raised in this subculture have said that they still battle shame and trauma as a result of these teachings, making it difficult to develop healthy adult sexual relations.

The trauma of rape and sexual assault are made worse when women are taught to blame themselves as a result of the crimes against them.

Nobody does that. Although it wouldn’t hurt to teach women to fear and avoid such threats instead of empowerment.

But these teachings serve important social functions in the context in which they persist. As I’ve written in my book “Evangelical Christian Women,” rigid gender norms characterized by women’s submission and male authority are at the very heart of the evangelical subculture. Purity culture reinforces that structure.

They learned that after moving to NYC, not before. There’s a difference between “enjoying sex” and “female rebellion”.

Repentance, not forgiveness. You don’t have to beat yourself up over past evil, you just have to turn around and work against it.

Many evangelicals then want to protect their own children from the temptations that lead to that very experience of guilt necessary for conversion.

Purity culture encourages fundamentally unattainable gender norms and purity requirements: that is, not only must unmarried people abstain from sex, but that merely thinking about sex risks eternal damnation. These rules create a powerful sense of shame and failure by design, even when there is no other “sin” that would seem worthy of hell.

I suspect that Baby Boomers, after their generation threw off all sexual restraint, when they became parents themselves, overcompensated as an alternative to admitting their own misconduct. Particularly the first-generation-feral mothers resenting their more-attractive daughters.

Throw in a massive shipment of Marxist overlords who want America dead to spread additional squid ink on the topic.

That sense of shame and failure creates the need for exactly what the evangelical tradition provides: salvation.

No, shame and failure do not lead to salvation. Recognition of evil, both the concept and one’s personal contributions to it, lead to salvation… assuming one has a problem with the existence of evil.

That’s probably how the Churchians went wrong. Unwilling to condemn themselves for their own rebellious behavior, they over-controlled their children in fear that they would turn out the same rebellious way they did. For the same reason, they were vengefully suspicious of any young man showing interest in their daughter.

Overprotected daughters and sons presumed guilty until proven innocent. That’s what the purity movement was.

28 thoughts on “The Purity Movement In Review”