“For me, fat is a way of saying f*ck you.” Yes, yes, we know but it’s good that you admit it, Ashleigh Shackelford of Teen Vogue Magazine… to help with the unplugging of blue-pilled men who want to think you’re just big-boned… but it’s on because your “you” meant “you white men”.

The article is a bit dated but came up recently on Instapundit. My brain would bleed if I made a habit of reading “Teen Vogue”.

Fat Is Not a Bad Word

[Vogue Editor’s foreword: “The F Word is a series celebrating what it means to be fat, from destigmatizing the word to taking stock of the discrimination fat people face. In this op-ed, Ashleigh Shackelford explains why fat isn’t a bad word, and why they are reclaiming it.”]

What a promising start to this dumpster fire! I too am confident that the way to be both morbidly obese and respected in society is dropping F-bombs like the Allies over Dresden. But first, a picture of a pretty flower, so WordPress reader won’t be automatically sullied by Ashleigh’s corpulent corpse: 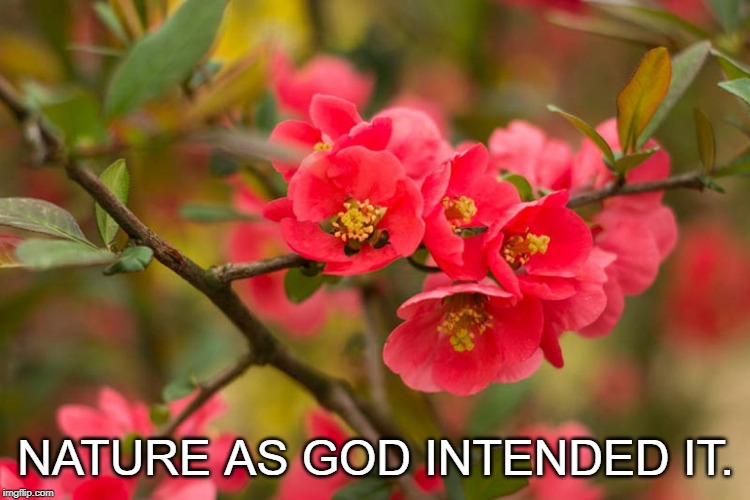 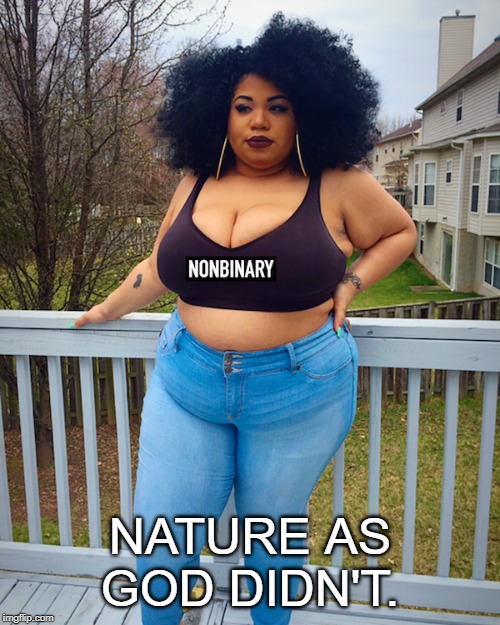 Fat. Many of us who are fat have different feelings about this word. For some, it’s merely a description of the size of our body. For others, it has become a weapon against us, used to incite shame and worthlessness. We hear, “Ugh, I ate so much! I feel so fat right now,” and “How can you be happy being fat? There’s no way you’re healthy.” When people say the word fat, sometimes they mean ugliness, failure, laziness, dirtiness, gluttony, lack of intelligence, and worthlessness. But that’s not what fat means.

Oh no, Ten-Ton Barbie, fat is all that and an entire category of jokes also! Haagen Daaz called, they’re threatening layoffs if you keep that New Year Resolution to try a  diet.

No matter how people use it, fat is not a bad word. Fat is not an indication of value, health, beauty, or performance.

Denial is the first stage of grief.

Fat is a descriptor in the same way that black and queer are descriptors. And fat is somewhat similar to black and queer in more than just that way; it’s also a word that encompasses a marginalized identity. Yes, fat is a neutral and descriptive word, but when it’s an identity, it’s much more than that. To reclaim this word, or any word, is to lean into an identity as a form of revolution against fat phobia, racism, and so much more. For me, fat is a way of saying “f*ck you.”

Anger is the second stage of grief.

“I reclaim the word fat in all spaces, formal and informal, because I get to,” says Brienne Colston, director of Brown Girl Recovery. “I get to shift what was once used as a mechanism to break my spirit into something that offers a source of power and pride. It’s a reminder of all that I’ve come from, and all that I will do.”

Don’t forget, being fat is also a reminder of what you are! Five hundred pounds overweight, to be approximate. 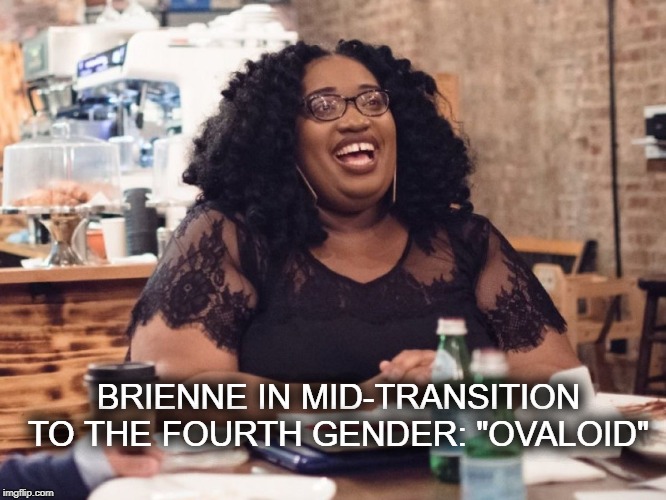 Do these pictures make my blog look fat?

It really will kill you fatties to spite us men, although the death certificate will charitably call it diabetes.

How fat is weaponized, and the reclamation of the word, goes beyond size.

Nothing goes beyond your size, Ashleigh.

Fat stigma is also tied to anti-blackness, in that being black is the abundance that white supremacy seeks to shrink. 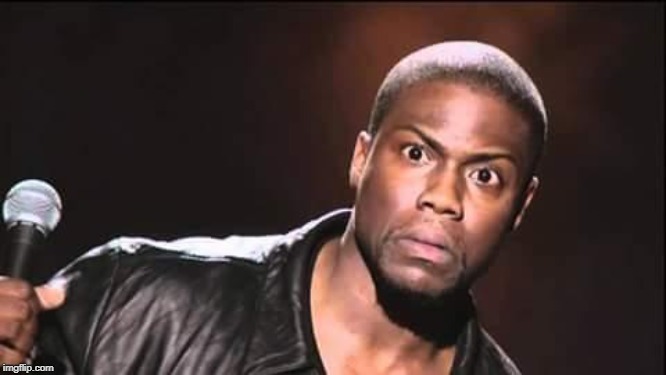 Whoa, I just got whiplash from that sentence. WTF, Domes?

Blackness and its cultural markers are historically viewed through a lens of gluttony, abundance, and savagery, stereotypes that linger and impact us today. Because of this, black fat people are assumed to have it “easier” being fat, because it’s “normal” for our bodies to be bigger; because failing the societal standards white people set is the default for our black existence.

I know White Man is the world’s designated scapegoat but here, she’s out-stretching even her waistband.

But black people come in all shapes and sizes, just like anyone else.

Thanks for defeating your own argument. It would have failed anyway but you saying “calling me fat is raycisss because some black people are thin” means that like you in your wheelchair, I didn’t have to get up.

It’s the negative stereotypes created by white supremacy that reinforce the idea that we are naturally fat, and with that many of the negative associations tied to the word today. The more we call ourselves fat, and the more we realize that it’s not bad to be fat, the more we’re tearing down walls built by racism.

You mean walls built by Twinkies.

I won’t say it’s bad for you to be fat, Barbie, because then I wouldn’t have had joke material today. But I will say that I recently helped my local hospital install “Orca Lifts” in their ER for your eventual heart attack. It was civil engineering work, not contractor work, because the entire floor’s drop ceiling needed structural reinforcement. They now have 1,200lb-rated sliding cranes that can hoist your monstrously fat ass from intake to surgery to recovery like a truck on the assembly line. 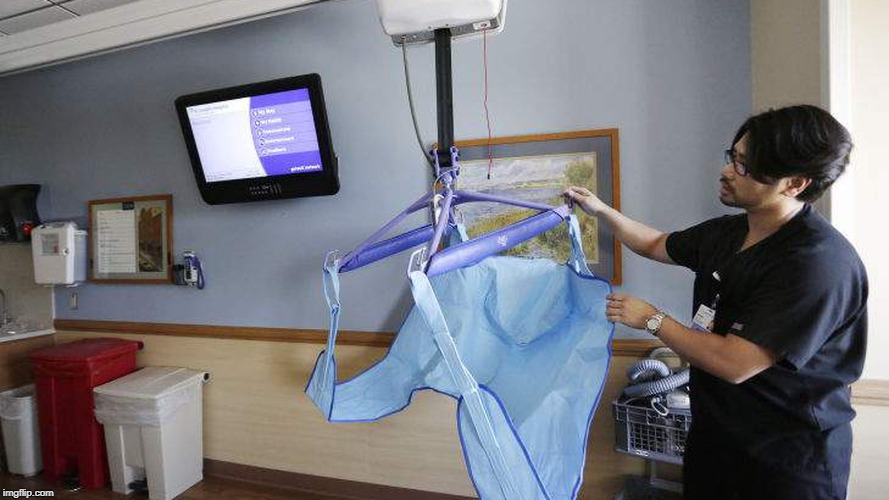 In a world that seems to want to reaffirm that fat bodies are not worthy of love and joy, and that being fat means we are failures and should be ashamed of “choosing this lifestyle,” we can fight this by taking up space — I encourage you to do this, because demanding space is demanding to exist.

Who is manspreading on the subway NOW, bitch?

It’s not just physical space, but digital space too. Often I can’t post a picture of my black fat body or identify publicly as fat, regardless of my happiness, health, or motivation, without harassment.

There is hope for America!

But I stand firm in that fatness does not have to be fixed, eradicated, shrunk, hidden, silenced, or shamed.

Being fat is okay. I am okay. And I’m the only one who can define that.

We’re back to denial.

Through a strong community of other fat people, and the process of realizing that fat is not a bad word but a powerful one, I now see fat as not only my personal power, but one that can change the world for everybody. The reclamation of a word that sourced so much shame fueled the reclamation of my entire being; it fueled my commitment to community wellness and my passion to build liberation.

Those are bold words coming from somebody who can’t climb a staircase without gasping for breath, trapped inside her own prison of lard. So, this is the final stage of female hatred for men: women will intentionally kill themselves in the feeble, flabby hope of proving us wrong about something we men weren’t even arguing about. 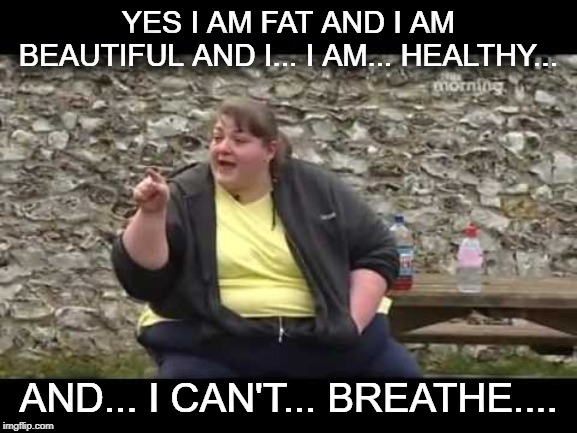 Certainly fat people are not a monolith, and we do not all feel the same way about reclaiming fat. But to embody freeing ourselves from systems of shame that depict fatness as inherently nonhuman or as a failure is something many of us commit to, consciously and not.

My definition of fat is Black AF, multidimensional…

And most of all, fat means you’ll die young, unloved, unrepentant and UGLY.