Politicians talk about being tough on crime during the “lie to the public” portion of office-seeking, but the felon currently eating a steak dinner while the police pay his bail walks the talk! 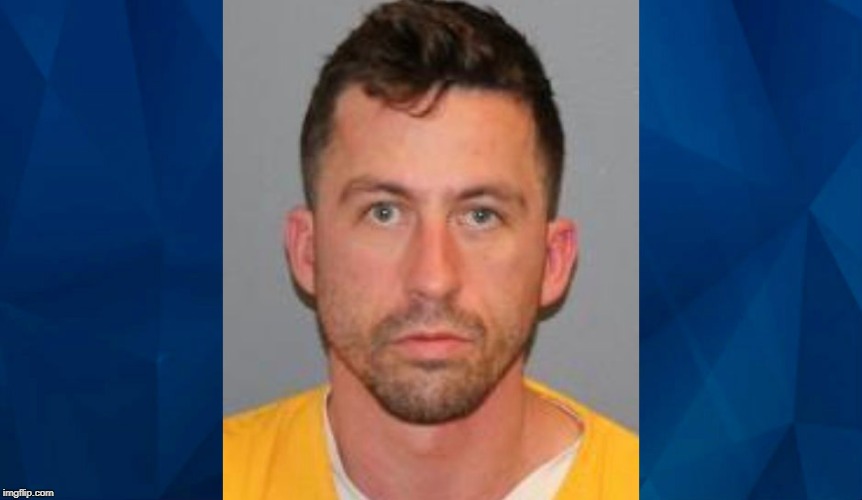 Eyes show too much white and I would guess him a loner from his thin nose and small mouth.

A Colorado man has been charged with killing a 9-year-old girl with chloroform while raping her, the Grand Junction Sentinel reported on Friday.

Jeffrey Beagley, 34, was arrested on December 13 and charged with first-degree murder, child abuse resulting in death, reckless manslaughter, attempted sex assault on a child by a person in a position of trust, sexual exploitation of children, and invasion of privacy for sexual gratification. The affidavit for his arrest, however, was sealed until Wednesday.

Indicating that the cops dotted every I and crossed every T on this one.

The affidavit said that investigators found an empty chloroform bottle with a rag in a shed behind the home where the little girl died on November 9. The chloroform had been delivered to Beagley the day before. Additionally, the Sentinel reported, the Mesa County Coroner ruled the girl’s death a homicide on December 13 saying she had extremely high levels of the drug in her system.

Beagley called emergency responders on the morning of November 9, saying he had found the girl unresponsive when he woke up. The girl’s mother told detectives she had seen Beagley asleep with the little girl and her sister when she came home the night before. She said she awoke to Beagley’s screams.

The girl’s mother needs to be publicly hanged. No chance, none, that she wasn’t knowingly pimping out her own children to a child molester. Where’s Daddy? Debtor’s prison in a different state, likely as not.

Detectives described a disturbing scene in and around the house when the girl died. In the shed, they found a “tent-like” structure with pillows and blankets that appeared to have been built for “privacy and seclusion,” KKCO reported.

They also found computers and other electronic devices with “a lot” of child pornography along with video showing the victim taken from a hidden camera in the house. Detectives said a thumb drive contained images of sex acts between adults and children that had been “digitally altered” to replace the adult’s face with Beagley’s.

Beagly doesn’t need to be charged. He needs to be released at the exact moment every cop in Denver takes his lunch break, if you catch my meaning.

And somebody did! A Happy New Year is upon us!

A Colorado man accused of murdering a nine-year-old with chloroform to sexually assault her in November died Monday after authorities found him unresponsive in his jail cell.

Officials found Jeffrey Beagley, 34, of Grand Junction, unresponsive in his jail cell, and he was officially declared dead at the hospital, the Daily Sentinel reported.

Authorities say that the cause of death for Jeffrey Beagley is yet to be determined, adding that the investigation is ongoing and contingent upon the results of toxicology tests.

Autopsy results confirmed that the girl died of chloroform poisoning.

Investigators have not publicly released Beagley’s relationship with the girl.

During a search of the property in the shed where the girl was found, investigators found a tarp made into a privacy tent containing sex toys, a computer, pillows and blankets, and a bottle of chloroform, KKTV reported.

The investigation is ongoing so we don’t know who that masked man was. It would be very fitting if he was a Daddy in debtor’s prison.