No wonder patriarchy is so hated! We men have been doing criminal justice wrong for centuries! We’ve been using truncheons and manacles when the reason hardened felons were breaking the rules in the first place is because they needed a glass of warm milk and a playdate with the gang they testified against.

Remember that word: “kinder”. There will be a quiz.

SACRAMENTO, Calif. (AP) — An inmate in solitary confinement at a California jail was refusing to leave his cell. The jailers’ usual response: Send an “extraction team” of corrections officers to burst into the cell and drag him out.

But not in Contra Costa County, one of three in the state using a kinder, gentler approach in response to inmate lawsuits, a policy change that experts say could be a national model for reducing the use of isolation cells.

So the inmate was asked: “What if we gave you a couple extra cookies and another sandwich? Would you move?” recalled Don Specter, the nonprofit Prison Law Office director who negotiated the new policies. “He said yes. … They were like, ‘Wow.’”

Per https://prisonlaw.com/about-us/staff/ 6 of 24 staff members are male. A special quote from the office manager’s bio: “Ashley also is the human guardian of Scout, the Golden Retriever who greets all visitors to our office.” 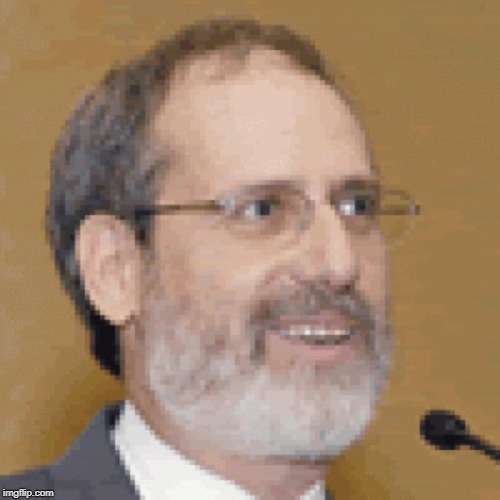 Don Specter. Not a good picture but the convex nose is an untrusting/shrewd nose. Triangular nostrils (which I suspect but can’t confirm) would add ill temper to that. Interestingly, the middle third of his face (status/ambition) is the smallest and the intellectual top would be the largest except for his adding the beard to the pragmatic bottom third, so he’s more interested in results than posturing. A true believer in Marxist socialism who likely feels guilt for being smart/white.

In other words, he wasn’t mocking the inmate.

More than a quarter of U.S. states and numerous smaller jurisdictions are looking for ways to reduce the use of solitary confinement, according to the Vera Institute of Justice, which encourages alternatives to a practice behavioral experts say is dehumanizing and can worsen mental illness. 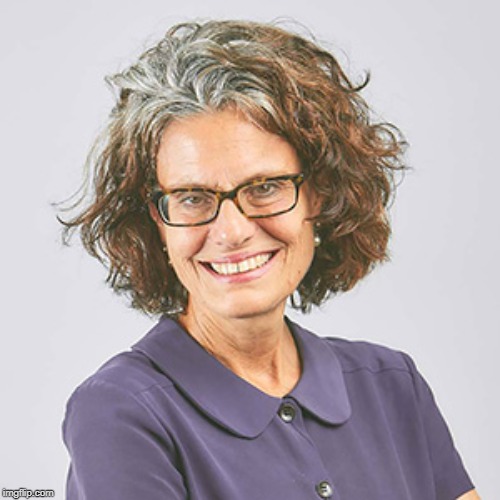 This is vice-president Mary Crowley of Vera Institute of Justice. I couldn’t confirm if she’s related to Aleister Crowley. Unlikely since he was a European but she certainly resembles that family tree.

The Scarecrow is running Gotham Prison!

The new policies in California came after Specter’s firm sued seven of California’s 58 counties, alleging that conditions had grown inhumane as jails absorbed inmates who previously would have served their sentences in state prisons. The state in 2011 began sending less serious offenders to local jails for years at a time to ease crowding in state penitentiaries.

Specter should be forced to pay for a new prison if he doesn’t like the current solutions to overcrowding. No more of this point-and-shrieking without consequences; in fact, he probably doesn’t even want the problem solved. Like most SJWs, he justifies his existence and agenda by claiming to be the spokesman for a large group of victims. Never mind that the group in question usually didn’t choose him and might not even know he exists, and in this case are too convicted-felon to count as victims anyway. You should listen to him because he represents VICTIMS OF THE SYSTEM!

Tangible results would only reduce his bargaining power.

Some jurisdictions nationwide are banning isolation for young offenders, pregnant women or those with mental health diagnoses. The California counties’ approach of generally limiting it to those who engage in continued violent behavior has dramatically reduced the number of inmates in isolation and the length of time they stay there.

Nothing telegraphs the SJW’s intentions for society as clearly as their limitless excuses for the criminally insane.

Contra Costa started 2019 with about 100 people in solitary, most for more than a year. It had just three in isolation cells by December, after officials began using the new approach.

Come on, now. Don’t tell me that the inmates are better behaved now that they’re being given cookies instead of punishments. Don’t suggest to me that “solitary is a bad idea” is the same thing as “nobody is using solitary anymore”. I’m weary of being lied to.

Sacramento County also is following the policy pioneered by Santa Clara County, while Fresno County is considering it. Among other things, it encourages the use of low-cost incentives to reward good behavior, like the opportunity to listen to the radio, watch a movie or get an extra snack.

Good children get an extra milk carton! COME ON, ADMIT THE TRUTH!

Sacramento County has cut its isolated population roughly in half, to about 60 inmates, said Lt. Alex McCamy: “It’s a limited time frame and a limited group, but the initial impression is positive.”

Rick Raemisch, who restricted the use of solitary confinement when he headed Colorado’s prison system, said the violent, tense, dirty conditions in Santa Clara County’s jail improved markedly with the new policy.

“Think of yourself being in a cell the size of a parking space for 23 hours a day,” said Raemisch, who consulted with county officials. “At a minimum you’re going to get angry, and when you get angry you’re going to fight back.”

No, at a minimum I’d be desperate to get out of there and stretch my legs. Solitary is generally used as a punishment because people are social animals. This is a lie, that solitary confinement CREATES problems and most inmates just need a little positive encouragement to be helpful members of their artificial society.

If Breitbart doesn’t say it soon then I’ll grab some articles to prove this.

Inmates nationwide are most often segregated for nonviolent “nuisance infractions” like smoking, cursing, disobeying orders or having unauthorized items from the commissary, said the Vera Institute’s Sara Sullivan.

Disobedience is inherently violent. I doubt VERY much that smoking and cursing in a prison are punishable offenses.

Santa Clara County once locked a woman in solitary confinement for 2 1/2 years for talking back to correctional officers or yelling and banging on her cell door with other detainees, according to Specter’s lawsuit.

“She’s openly defying us and disturbing the entire cellblock with her insane shrieking and attempts to damage property.”

“Go in there and give her a hug and a snack! But no rough stuff, there’s been no violence yet!”

Seriously, open defiance to authority is NOT ACCEPTABLE. That way lies anarchy. Anybody who doesn’t understand this, is not emotionally healthy. “Spare the rod and the inmate will get the wrong idea.”

“There’s been a decades-long effort to reform solitary, especially in prisons. But what we haven’t seen is a paired reform effort for jails,” said Amy Fettig, director of the American Civil Liberty Union’s Stop Solitary campaign. “In Santa Clara what we’re seeing is an attempt to reform the whole process.” 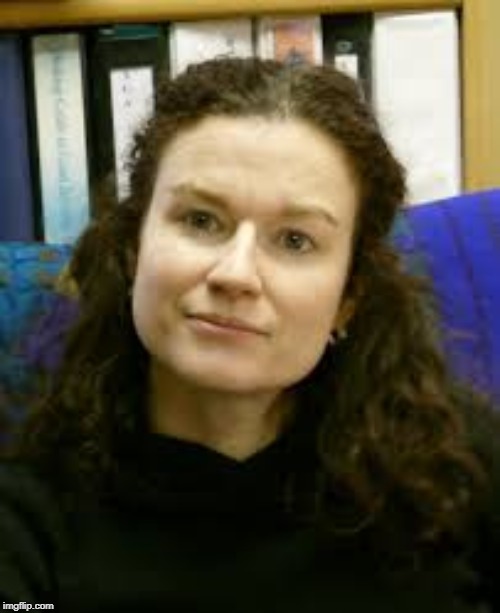 Another witch. Or, maybe a commissar. Male privilege does nasty things to women!

Santa Clara County Sheriff Laurie Smith said she and many deputies were initially skeptical. “It has surprised me, and I think it’s very, very good for our inmates,” she said. “I think what we’re doing is correct, and I think it’s working.” 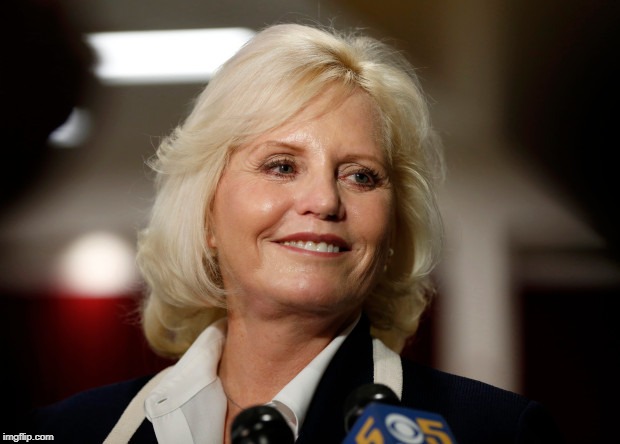 Smith said she remains concerned that assaults on staff are up. She said the increase is logical, however, since inmates locked in their cells virtually around the clock have little opportunity to assault anyone.

THANK YOU! Ohmigawd, thank you finally! It’s like I can breathe again. At the end of the article it turns out that, yes, Evil White Men DID create solitary confinement for a purpose other than inciting prison riots!

What a stupid, bullshit lie. “If you punish convicted felons less then they’ll be nice and behave.” Yeah, no, that’s how the LAW-ABIDING behave.

Quiz time! Why are jails persisting in not punishing inmate conduct?

Fuck that noise. Bring back the whipping post and strap those devils in!

Sgt. Todd Kendrick, president of the county’s correctional officers association, attributed the increase to other less restrictive jail policies as well as the easing of solitary confinement. He and Smith both called for increased staffing.

You don’t need more guards. You need the guards you do have to stop begging the criminals to behave and start putting down the hurt when they don’t. A billion guards won’t help if none of them are allowed to use a stick.

WHY ARE PRISON OFFICIALS LISTENING TO THESE WITCHES AND MARXISTS?!? One, it defies all common sense, and two, after making the adjustments they demand you won’t ever enjoy your job again.

You wouldn’t even raise a child like this. Beg the kid to behave no matter how badly he behaves, until finally he goes violent and… and what then? Do you blame the neighbor or shoot him dead?

Smith said the county fell into a pattern of protectively isolating inmates to separate purported gang members and those charged with murder and to safeguard jailhouse informants or sex offenders for fear they would be harmed. Officials sought to improve after several major incidents, including deaths in custody.

Oh, what a horrible pattern of injustice. I bet those “deaths in custody” didn’t happen in solitary; even Jeffrey Epstein didn’t kill himself. And yes, now is a good time to discuss protective custody, which the Witches of Berkeley also want to do away with.

One inmate refused for 1½ years to leave solitary because he had testified against other gang members, recalled Capt. Thomas Duran, who coordinates the program.

But he saw other longtime inmates leaving segregation and eventually agreed to try it. Rather than put him immediately in with other inmates, deputies paired him with a single inmate — then two other inmates, then four and so on.

He spent more and more time out of his solitary cell until he was fully back into the general jail population.

“We’re trying to set the inmates up not to fail,” Duran said.

Yeah. You’re setting them up to get killed. Did that informant come out because he thought the threat was gone, or because he was pushed out by Nanny deputies who thought he needed a playdate with his old friends?