This one’s a quickie while I wait for family to arrive.

Trimming the ‘Trees’: Florida Man Hands Out Marijuana for Christmas

A St. Petersburg, Florida, man was arrested on Saturday for handing out weed to passers-by for Christmas.

Richard Ellis Spurrier, 67, was taken into custody with 45 grams of marijuana on his person. Spurrier was standing on 16 2nd Street North, handing out ganja to anyone who might need fuel for a gingerbread binge. According to the Pinellas County arrest report, Spurrier freely admitted his act of charity was “because it was Christmas.”

So, is that a “naughty” gift or a “nice” gift? Neither, because this ain’t Santa: 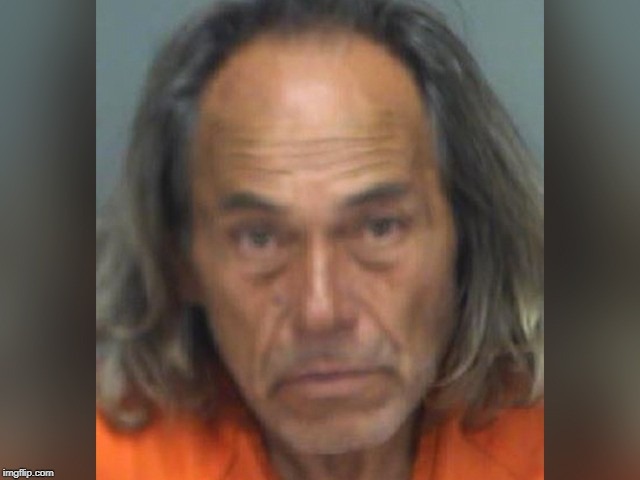 Spurrier was arrested for possession with intent to sell, though it seems unlikely that his 1.6 ounces would have gotten very far even if he had charged. After he was taken into custody, police also found a sword — yes, a sword — inside a cane in his car. Spurrier did not specify whether that was because it was Christmas, or just because this is Florida.

I’ve never understood the appeal of a sword cane. The cane itself is a perfectly reasonable club, especially if you  weight the top with a bit of lead. But by that logic, you should simply use a golf club. The pre-bent ones are cheap.

He was released from Pinellas County Jail on Sunday.

Because even the jailer didn’t think he was worth working Christmas for.

4 thoughts on “The Gift That Keeps On Giving: Florida Man!”