Have you ever wanted to hear a “Christian feminist” confront Ephesians 5 head-on? Then you’re in for a treat!

What If I’m Not the ‘Submissive’ Type? 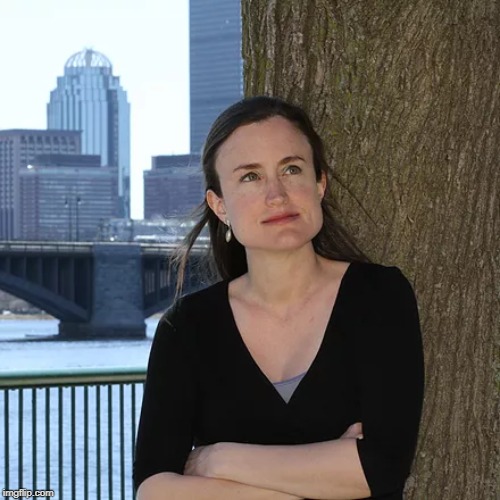 I was an undergraduate at Cambridge when I first wrestled with Paul’s instruction, in Ephesians, for wives to “submit to your own husbands, as to the Lord” (5:22, ESV). I came from an academically driven, equality-oriented, all-female high school. I was now studying in a majority-male college. And I was repulsed.

She doesn’t identify the object of her repulsion. Best guess, she didn’t care about female submission to men when there weren’t any men around. The concept of having to give a care about what HE thinks is a postcard of male privilege, now isn’t it?

I had three problems with this passage. The first was that wives should submit. I knew women were just as competent as men.

My second problem was with the idea that wives should submit to their husbands as to the Lord. It is one thing to submit to Jesus Christ, the self-sacrificing King of the universe. It is quite another to offer that kind of submission to a fallible, sinful man.

Her first mistake was presuming equality with men. Her second was presuming Jesus is like Adam, willing to give up all to enable Eve’s rebellion. Her third was fish-bicycle.

Three strikes and she’s out. Check that, she’s a spinster. Check THAT; she’s just getting started!

My third problem was the idea that the husband was the “head” of the wife. This seemed to imply a hierarchy at odds with men and women’s equal status as image bearers of God. Jesus, in countercultural gospel fashion, had elevated women. Paul, it seemed, had pushed them down.

At first, I tried to explain the shock away. I tried, for instance, to argue that in the Greek, the word translated “submit” appears only in the previous verse, “Submit to one another out of reverence for Christ” (Eph. 5:21), so the rest of the passage must imply mutual submission. But the command for wives to submit occurs three times in the New Testament (see also Col. 3:18; 1 Pet. 3:1).

That’s rather impressive. Most wimminz stop at verse 21. Does she translate reading into doing?

But when I trained my lens on the command to husbands, the Ephesians passage came into focus. “Husbands, love your wives, just as Christ loved the church and gave himself up for her” (Eph. 5:25). How did Christ love the church? By dying on a cross; by giving himself, naked and bleeding, to suffer for her; by putting her needs above his own; by sacrificing everything for her. I asked myself how I would feel if this were the command to wives. Ephesians 5:22 is sometimes critiqued as a mandate for spousal abuse. Tragically, it has been misused that way. But the command to husbands makes that reading impossible. How much more easily could an abuser twist a verse calling his wife to suffer for him, to give herself up for him, to die for him?

She’s “fipping the genders”, a frequently useful rhetoric among us Red-Pilled. But this is not impressive. She started out believing that the duty of men is to suffer for her personal benefit, so of course she doesn’t want to BE a man. She just wants to be EQUAL TO a man.

In addition to self-sacrifice, Christ also loves the Church by disciplining it and giving commands that must be obeyed. Commands like “obey your husband as if he was Me”.

When I realized the lens for this teaching was the lens of the gospel itself, it started making sense. If the message of Jesus is true, no one comes to the table with rights. The only way to enter is flat on your face. Male or female, if we grasp at our right to self-determination, we must reject Jesus, because he calls us to submit to him completely.

With this lens in place, I saw that God created sex and marriage as a telescope to give us a glimpse of his star-sized desire for intimacy with us. Our roles in this great marriage are not interchangeable: Jesus gives himself for us, Christians (male or female) follow his lead. Ultimately, my marriage is not about me and my husband any more than Romeo and Juliet is about the actors playing the title roles.

Standard Churchian Chick fare. “I’m married to Jesus first and you second, Hubby. Don’t you do anything that ‘Jesus’ wouldn’t like.”

Recognizing that marriage (at its best) points to a much greater reality relieves the pressure on all concerned. First, it depressurizes single people. We live in a world where sexual and romantic fulfillment are paraded as ultimate goods. But within a Christian framework, missing marriage and gaining Christ is like missing out on playing with dolls as a child, but growing up to have a real baby. When we are fully enjoying the ultimate relationship, no one will lament for the loss of the scale model.

Coming from a man, I might have taken that at face value, but coming from a woman it’s toxic empowerment. The key phrase is “it depressurizes single people. We live in a world where sexual and romantic fulfillment are paraded as ultimate goods”.

Women need marriage and are hardwired for kids. The pressure to get married is the pressure to live a chaste, submissive, NORMAL life. “God is calling me to a season of singleness” is a synonym for “I’m getting too much cock and male attention to settle down. I’ll be called to marriage at age 39.9 or thereabouts. That reminds me, I should freeze my eggs.”

Becky, if you miss marriage in order to gain Boyfriend Jesus then you’ll miss on on a real baby and grow up to play with dolls. Or cats, more likely.

What’s the perfect Christmas gift for the woman who has everything? A gift certificate to the SPCA.

It also takes the pressure off married people. Of course, we have the challenge of playing our roles in the drama. But we need not worry about whether we married the right person, or why our marriages are not flinging us to a constant state of Nirvana. In one sense, human marriage is designed to disappoint. It leaves us longing for more, and that longing points us to the ultimate reality of which the best marriage is a scale model.

Ephesians 5 used to repulse me. Now it convicts me and calls me toward Jesus: the true husband who satisfies my needs, the one man who truly deserves my submission.

Dayumn, her poor husband! …I can’t find a pic of him.

Desiring to justify God’s commands, Christians sometimes try to ground this picture of marriage in gendered psychology. Some suggest that women are natural followers, while men are natural leaders. But the primary command to men is to love, not to lead, and I have never heard anyone argue that men are naturally better at loving.

But but but I thought men and women were equal? Then how can men be WORSE at loving? Doesn’t this imply a need for “gendered psychology”?

Some claim that men need respect while women need love…

…or that we are given commands corresponding to natural deficiencies: Women are better at love; men are better at respect. But to look at human history and say that men naturally respect women is to stick your head in the sand with a blindfold on!

At best, these claims about male and female psychology are generalizations. At worst, they cause needless offense and give way to exceptions: If these commands are given because wives are naturally more submissive, and I find that I am a more natural leader than my husband, does that mean we can switch roles? Ephesians 5 grounds our roles in marriage not in gendered psychology but Christ-centered theology.

This must be why lesbianism is a thing. Some husbands have boobies! And some bitches… don’t? 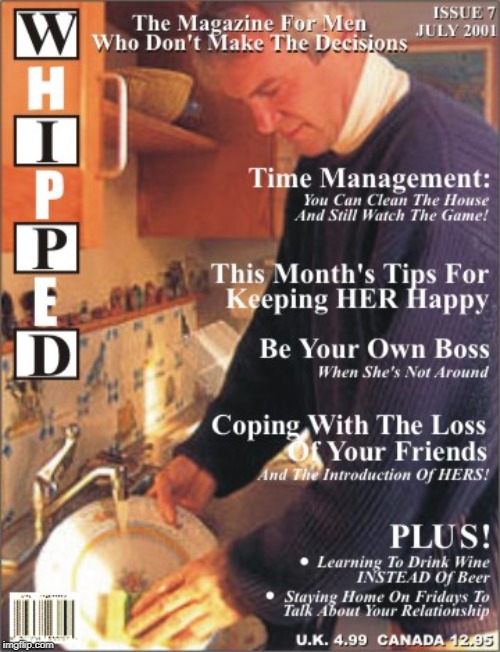 I have been married for a decade, and I am not naturally submissive. I am naturally leadership-oriented. I hold a PhD and a seminary degree, and I am the trained debater of the family. Thank God, I married a man who celebrates this! 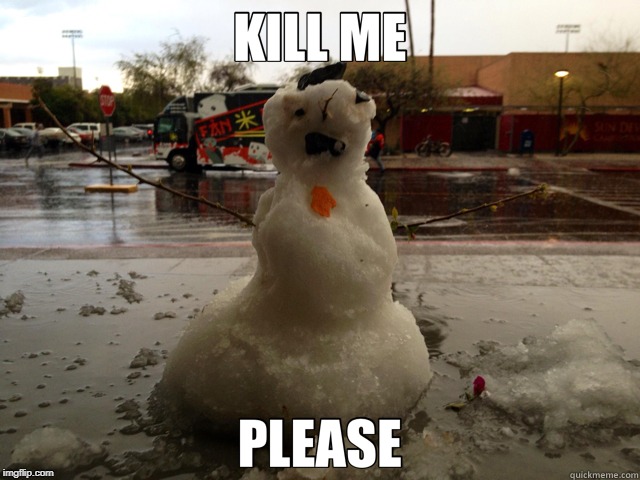 Yet it is a daily challenge to remember my role in this drama and notice opportunities to submit to my husband as to the Lord, not because I am naturally more or less submissive or because he is more or less naturally loving, but because Jesus went to the cross for me.

Or… because Jesus told you to?

Ephesians 5 sticks like a burr in our 21st-century ears because centuries of “traditional” gender roles have often meant wives contorting around the needs of their husbands, while husbands assert their dominance.

Traditional gender roles don’t work because they’ve been used for thousands of years… and Socialism works but has never been tried.

But Paul does not say that the husband’s needs come first, or that women are less gifted in leadership than men, or that women should not work outside the home. At least one of Paul’s key ministry partners was a woman who did just that (Acts 16:14), as did the idealized wife described in Proverbs 31. Paul does not specify that wives should earn less than their husbands, or that families should privilege the husband’s career over their wife’s.

Don’t step in the hamsterbation. “Nowhere does the Bible say that women can’t be husbands!”

Paul is clear elsewhere that men cannot abdicate their responsibility to ensure that their families are provided for. But this does not mean the husband must be the primary breadwinner.

Becky, one thing you can do to make your twisted, Original-Sin marriage more Godly is to give 100% of your paycheck to your husband and then live off however much of it he gives back. See, if he has the RESPONSIBILITY to provide for you then he must CONTROL THE FAMILY INCOME. Otherwise, this is responsibility without authority.

Paul did not say that the husband cannot pimp his wife out for a paycheck while he stays home drinking to the ball game.

In biblical terms, the value of work is measured not in dollars but in service. Indeed, Jesus himself, the archetypal leader, did not earn money, and he was financially dependent on some of his female followers (Luke 8:2–3).

*cough* carpenter *cough* And speaking of the Carpenter, Jesus was the archetypal follower, not leader. God the Father was the leader.

Viewed closely, Ephesians 5 is a withering critique of common conceptions of “traditional” gender roles that have often amounted to privileging men and patronizing women. In the drama of marriage, the wife’s needs come first, and the husband’s drive to prioritize himself is cut down with the brutal ax of the gospel. This is no return to Victorian values. Rather, it is a call to pay attention to the character of Christ.

She means the character of Adam, not Christ. Them feminists sure do love the image of Jesus dying on a Cross to make all her bad consequences go away.

Wait, weren’t we talking about Wives, obey your husbands?

9 thoughts on “Lipstick On A Church Pig”