John Stonestreet has a tough job. As the latest president of the Chuck Colson Center’s Christian-industrial complex, he needs to address the now-critical problems in the Church with nothing but the behavior of the responsible Boomers to guide him. Imitating the criminal is a terrible way to solve the crime, friend.

Let us walk with John today as he goes… 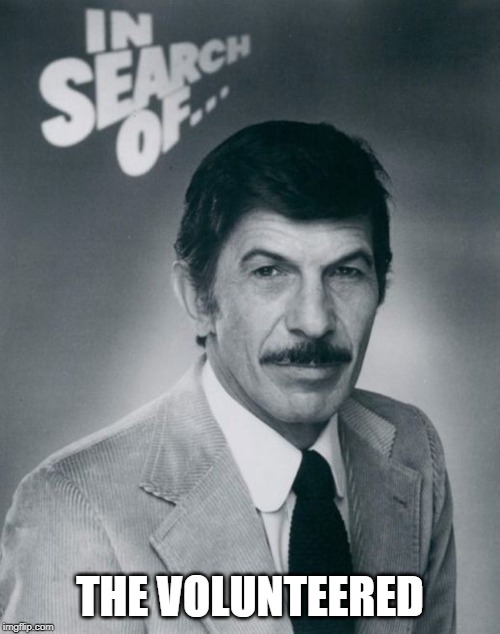 When There Are No More Volunteers: How the Church Can Love God by Loving Others

Getting help is a good idea. From a woman on Christian matters, no so good an idea.

According to the National Fire Protection Association, the number of volunteer firefighters across the country has been steadily in decline, with a drop of over 132,000 volunteers in just the last four years. Many volunteer fire departments, especially in rural communities, are struggling to meet the demands of their districts.

Even more alarming, the most drastic demographic decline of volunteers is young people. In fact, over 50 percent of current volunteers across the country are over the age of 40. The widespread decrease in volunteering among young people threatens EMS services, pregnancy resource centers, shelters, and non-profits —from the Red Cross to retirement homes.

This is something you can totally blame on Donald Trump. Because of his disastrous presidency, employment of young men is HIGH. Nobody wants to work for free when he can work for money instead.

In other words, a live and pressing question we face as Americans is this: Will younger citizens be prepared, not to mention willing, to step in and maintain so many of the things we take for granted as Americans who rely on volunteers?

No free labor. No useful idiots. No cheap foreigners, either, the Democrats gave ’em the vote and now they’re taking your country away one State at a time. All you care to do about it is stand on a tired old soapbox built by a predecessor who taught you nothing and complain that you will have to break a sweat if society won’t improve.

Several federal, state, and local government entities have seen the problem and are experimenting with programs that will incentivize young people to volunteer—from high school and college credit, to scholarships, to tax rebates. Pennsylvania has even proposed a program to forgive up to $16,000 in student loans for those who volunteer for four years as a first-responder.

Alternative idea: PAY THEM. Don’t forgive those student loans, just give a $4k annual stipend to men… not women… who volunteer. As if CalFire would even want the help of a Master’s Degree in LGBT grievance studies. And if you haven’t already noticed, John, mandatory volunteering is already common in many high schools.

While these sound like good ideas, and we should applaud innovative efforts, government solutions don’t always work out as advertised… 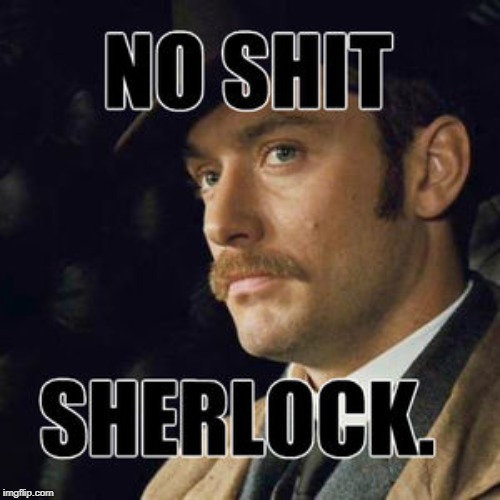 …and we can’t fix what are ultimately cultural and spiritual problems through political means.

DO NOT GO THERE! Don’t you dare say that the Church can best serve the Brave New World by guilting its members into unpaid manual labor. What’s your next question… why Church headcount keeps falling?

Culturally speaking, ours is a far more mobile society than previous generations, but volunteerism and community engagement are rooted in a sense of ownership for a community. Simply put, it’s hard to foster ownership of a time and place among those always on the move.

That’s a triple lie. One, USA has always had a mobile population, it’s a major reason we’re called the New World. We even started out as colonies, remember? Two, people don’t relocate without having reasons to. Most of us would be very glad to put down roots somewhere.

And three, it doesn’t take years of residency to qualify for volunteer work.

Culturally and spiritually speaking, we are all susceptible in this world to the hyper-individualism that marks our age. All of us, but especially young people, are drawn today toward either the pursuit of social media celebrity-status, or personal happiness as our definition of “the good life.”

Ah, there it is. Individualism, the perennial enemy of Unity. Look at us MGTOWs running around, following work, avoiding toxic government, never content with the crumbs our masters reluctantly scrape off the tax table. Always caring about ourselves instead of embracing altruistic oblivion like a Republican.

Do you know why I care so much about me, John? Because you don’t. If I don’t care about me than nobody will. Society used to be a two-way street, with men getting respect and assistance in return for participation. Guess which side broke faith? Hint: MASS IMMIGRATION.

What we get instead, as we’ve said before on Breakpoint, is increasing anxiety, loneliness, and depression, especially among young people. The “Joker” film is just the latest to picture what can happen to those who lose all social ties and abandon any sense of social responsibility.

A smarter person than you, John, would listen to what you just said and try to make us proto-Jokers a better offer than working for free… instead of, for example, hating and fearing us BECAUSE YOU KEEP GIVING US REASONS TO SNAP.

“I don’t trust that dog. Gonna have to put it down soon. It snarls a little louder every time I beat it with a chain.”

If that was true then you wouldn’t have a volunteer shortage, now would you? In fact, it’s the reason I myself am a volunteer. When the Big One quake hits, FEMA will feed me first while I walk the fence keeping the zombies out. That, and when some Leftoid sics law enforcement on me I’ll be a friendly face to the local cop.

More effective, I expect, than stockpiling enough ammunition to interest the BATFE.

But if my reader doesn’t have such a motivation then lying to him about the unnamed health benefits of firefighting is a bad idea.

Here, of course, is where the church comes in—or should come in. We can create a sense of community and belonging, instilling civic virtue, helping people experience the truth that “no man is an island unto himself,” and that our faith, though personal, is certainly not private.

THE LACKWIT WENT THERE!

Think about it. God has revealed Himself as a community—the Father, the Son, and the Holy Spirit. Relationships aren’t merely something God does. It’s Who He is. Made in His image, we too are made for community. In other words, there’s simply no loving God without loving our neighbor.

So, here we have this place where a cultural need and a theological truth intersect. How might the church respond? What opportunities can we create, or can we join, that will draw young people into the life of the church for the good of the world?

And who knows, that young person we place at a soup kitchen today might be answering our 9-1-1 call tomorrow.

No, he’ll be serving soup today AND tomorrow so YOU can feel good about helping the needy. No? Then how many hours were you going to make him work before promoting him to a paid dispatcher position? 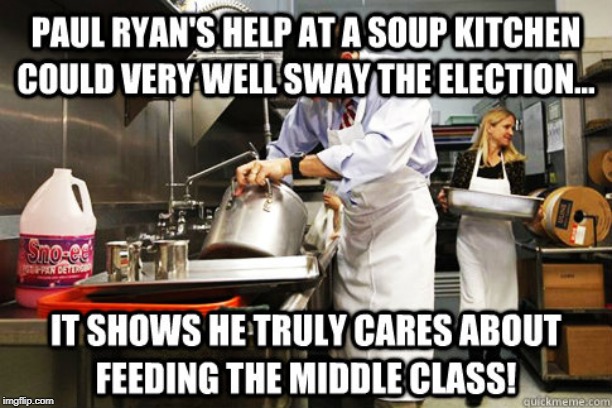 Postscript, about the boldfaced sentence above. It is absolutely possible to love God without loving one’s neighbor. They are two separate commandments, after all, and explicitly not equally important. If you spend a Saturday morning singing hymns to God by yourself instead of working in a soup kitchen like Pastor volunteered you to then you have worshiped God more effectively than the Church would have enabled you to.

If you create something with your hands then you have worshiped God the Creator.

If you go outside and thank God for the fine day and pretty sunset, you have worshiped God.

If you keep a promise even though it costs you then you have worshiped God.

If you go online to talk smack about false Christians trying to make God their tool… then I have worshiped God.

One thought on “In Search Of the Volunteered”