On 4 November 2019, Elizabeth “Fauxcahontas” Warren launched her Presidential campaign’s “Meme Team” to harness the mysterious energies that got Trump elected in 2016… and caused her to become a laughingstock everywhere in the United States outside of New York City.

On 6 November, Twitter hosed the shredded, bloodsoaked corpse of her dignity off the Internet.

Sorry if you missed it.

Complete history, done. Boom. Word. Which means the time has come for historians like me to document that shitsack of WTF. 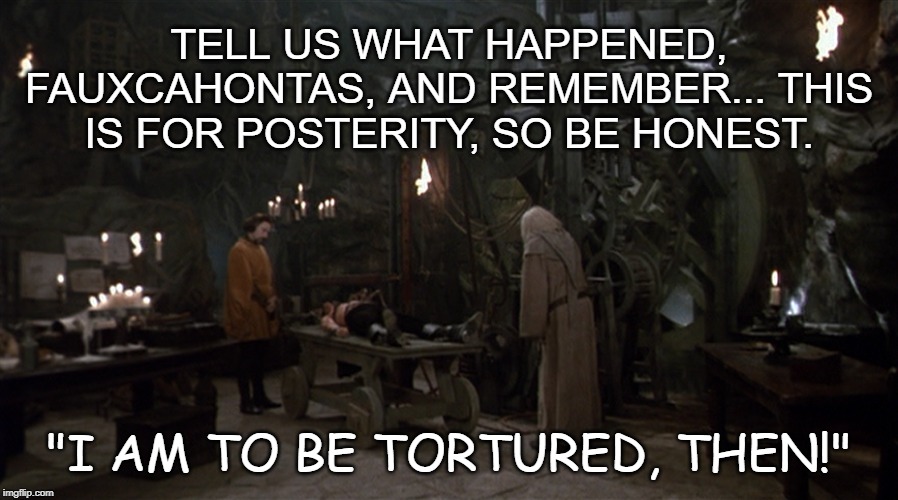 Already I am forced to reach for the archives… should not have stopped to eat that lunch burrito. Hat tip to Megan Fox on pjmedia.com.

😍 Saving the nation with selfies and memes 😍

Read about us in the NY Times!

Almighty God, you are our witness. We warned them: Liberals. Can’t. Meme.

WHY
The most important political battlefield today is social media.
The Right currently enjoys an asymmetric advantage.

No. Clipart done by unpaid interns is not how you… look, you’re messing with forbidden knowledge and it won’t end any better for your than the last chick who broke the seventh seal. 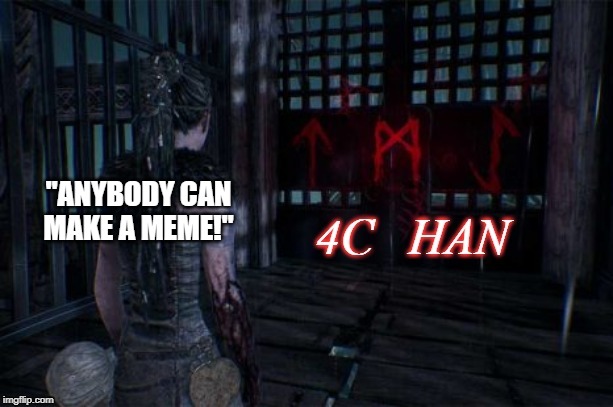 More here. It’s heavily copyprotected which is not a good way to encourage meme making.

Therefore, let’s go to the NY Times as Fauxcahontas recommended.

[Gunner Q has chosen to artistically interpret this article in meme language.]

A long time ago, on a different internet — where Photoshopped images of “God Emperor” Donald Trump riding atop a velociraptor were just a faint glimmer in a young meme lord’s eye

…the Republicans were in trouble. Barack Obama’s 2008 win over John McCain was heralded as a digital over an analog. 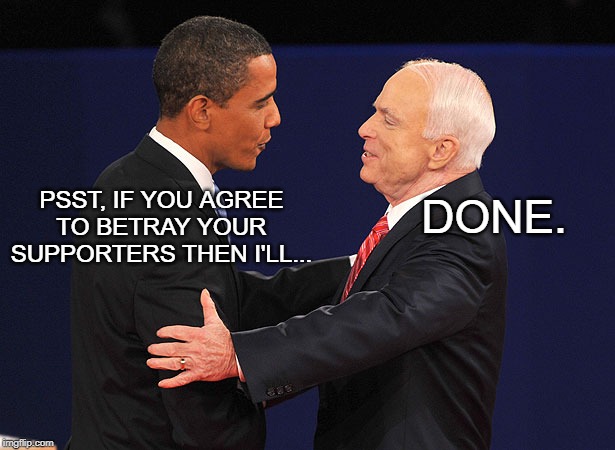 In 2012, Mitt Romney’s technological secret weapon to track voters in real time crashed on Election Day. A 2012 profile of Mr. Obama’s digital team in The Atlantic exclaimed that the “nerds shook up an ossifying Democratic tech structure.” By 2014, the conventional wisdom was that progressives had lapped the Republican Party in the tech space. I heard rumors swirling that some of the Republican National Committee staff were scouring Silicon Valley churches for tech-company hoodies, looking for programmers to hire. 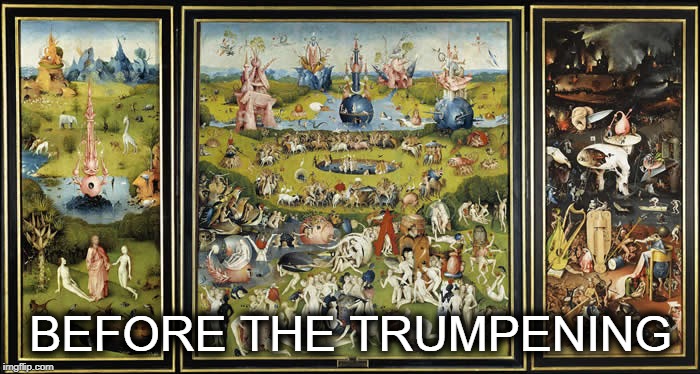 Two years later, the narrative flipped completely. Donald Trump’s 2016 victory was quickly cast as a digital triumph. The campaign successfully harnessed its candidate’s divisive, populist rhetoric to plaster Facebook with ads. The ads worked, in large part because of their incendiary messages. Mr. Trump’s grass-roots support online came from a legion of posters, message board communities and Twitter pundits who flooded the internet with memes, toxic trolling and hyperpartisan pages glorifying the candidate and vilifying his opponents. Democrats were flummoxed. 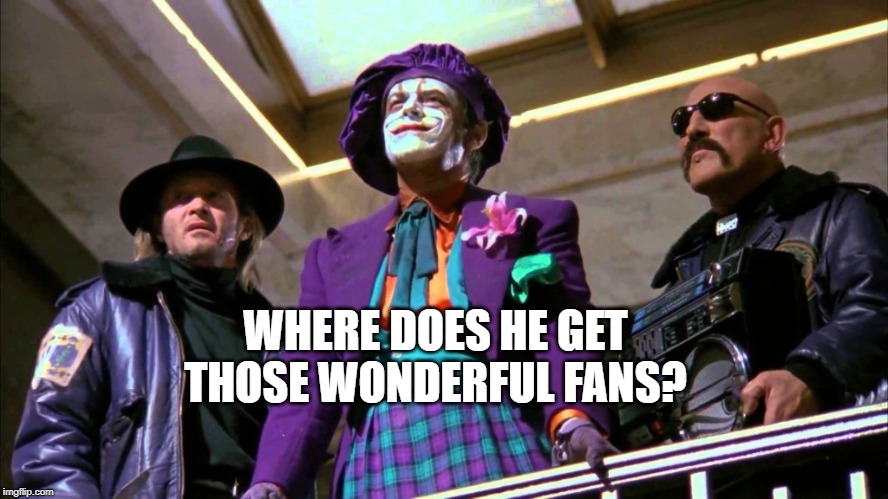 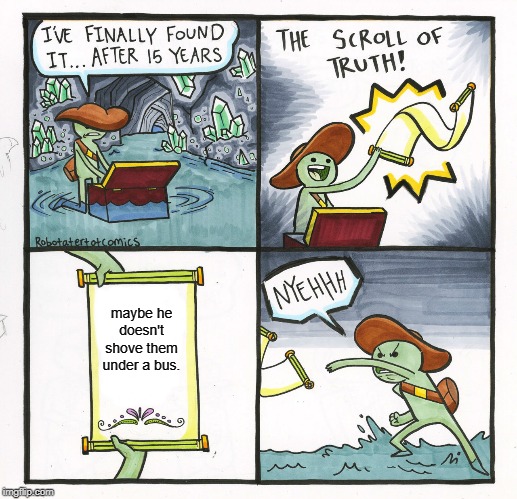 The Trump wing of the Republican Party appeared to have a structural advantage in online politics — and there was no clear lane in sight for a wonky, hopeful, progressive message. And for the past three years, as Donald Trump has governed by Twitter, Democrats have watched and winced. An unspoken question hangs over the looming presidential election: On an internet built to favor controversy, can Democrats (or anyone less controversial than Mr. Trump) win online in 2020? 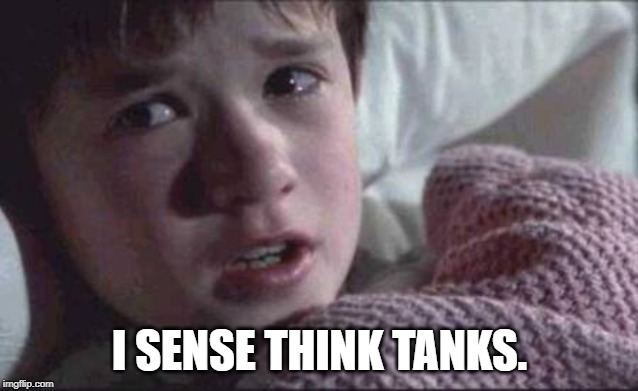 If so, a successful challenger will need time, technology, money and inexhaustible shamelessness. As of today, time is running out, money has barely been spent, and one side has a near monopoly on the ability to operate without decorum or scruples. 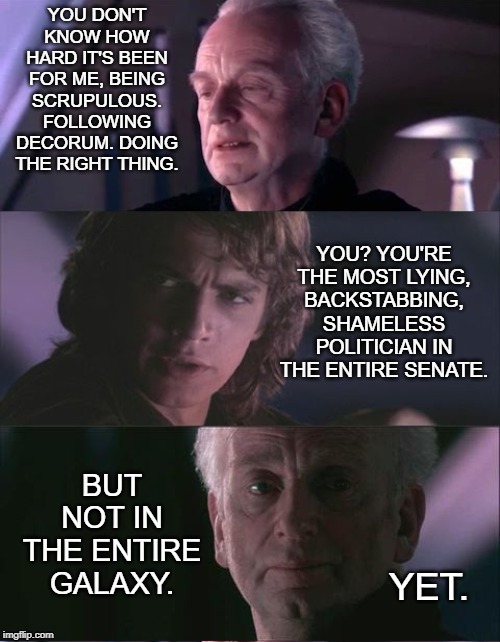 The Trump campaign already has a healthy head start building up its microtargeting and fund-raising technology. In the digital ad-spend arms race on Facebook and Google, Mr. Trump’s campaign has spent more than the top three Democratic candidates combined to identify and turn out supporters in key states and counties. Arguably more important is the data acquisition play. The Trump campaign is building tools to take advantage of information like mobile location data to learn intensely personal details about potential voters and then hit them with explicitly tailored messages that fire them up.

“Trump has a time advantage we can’t erase,” Shomik Dutta, an Obama campaign vet and the chief executive of Higher Ground Labs, told me recently. “We have to change that by fixing the innovation cycle in progressive politics.”

Mr. Dutta and his Higher Ground partner, Betsy Hoover, project an anxious optimism about their technology’s role next year. Ms. Hoover admits that “technology itself is not a strategy or a culture; it’s a tool that sits on top of those things.” And Mr. Dutta, who throws around startup-y business jargon like “loss aversion,” “churn rate” and “digital exhaust,” is honest about Democrats’ deficiencies — most notably their inability to compete on digital ads. 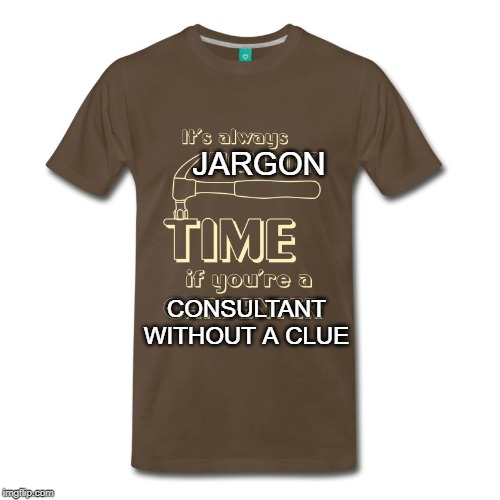 …Though a few candidates have amassed vibrant online supporters (#YangGang, Bernie Bros), there are concerns that progressive messages, especially from wonkier candidates, like Senator Elizabeth Warren, will be unable to find attention online against policy-light, image-heavy Trump memes. 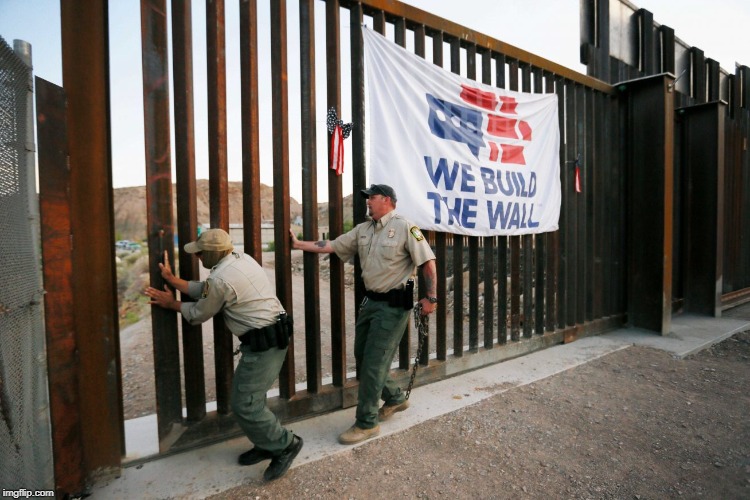 Misha Leybovich, an M.I.T. engineer and start-up guy, wants to change that. His vision starts with an eight-page emoji-laden Google document titled, “Warren’s Meme Team Plan: Saving the Nation With Selfies and Memes.” “The right understands the importance of memes: They approach it like war,” he writes.

“We can’t let this be an asymmetric battle,” he adds. “We fight back, in a way that’s authentic to our values.”

You mean, your LGBT values? 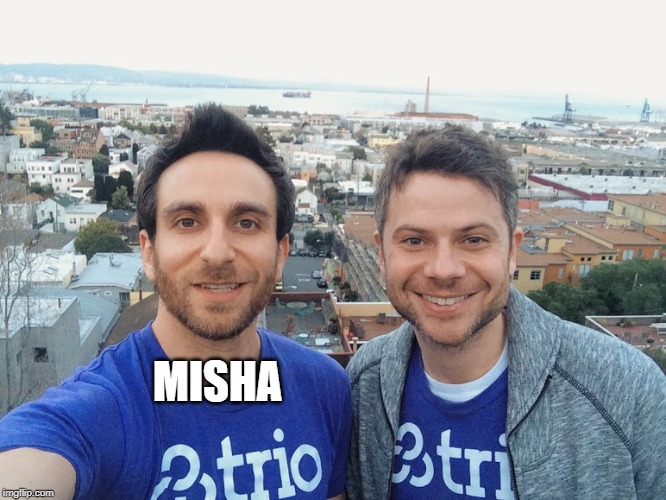 *sigh* Since I’m doing another text interrupt, in the Google document I linked to above, you will find that Misha is an expert mostly in emojis and attached his resume to the end of the Meme Team’s founding document as a full appendix. Warren’s own Meme Team knew the effort was doomed.

Mr. Leybovich’s plan involves creating a “distributed network of thousands of hands and brains” to spread Ms. Warren’s message across platforms. “One thing I think Trump did really well was crowdsourcing the creativity,” he told me. “If you look at the popular memes, it’s not the stuff his campaign makes. They just amplify it, even if it’s toxic.” His idea is to amass content creators and arm them with templates that work across platforms (images for memes but also filters for platforms like Snapchat and TikTok). “If you give people an easy way to have a good time making things themselves, you can get them to organically spread that message.” 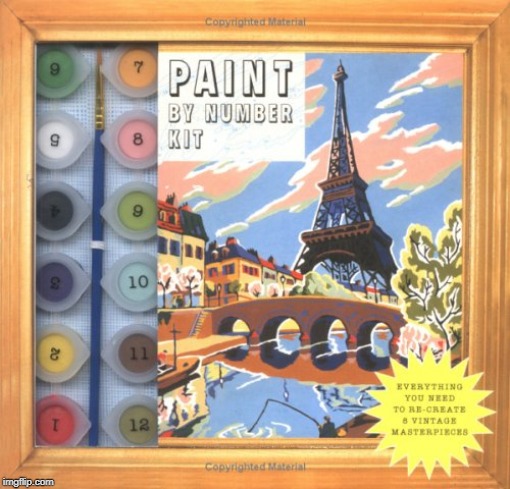 Mr. Leybovich, who says he has spoken to the Warren campaign about memes and also applied for its deputy chief technology officer position, is optimistic that the right infrastructure and coordination can make Warren plans like a wealth tax and universal child care into base-rallying content. There’s some thin precedent for this. Mr. Leybovich cited the tens of thousands of selfies Senator Warren takes with supporters at rallies as an indicator that the campaign has learned to tap into and energize its supporters’ enthusiasm online. 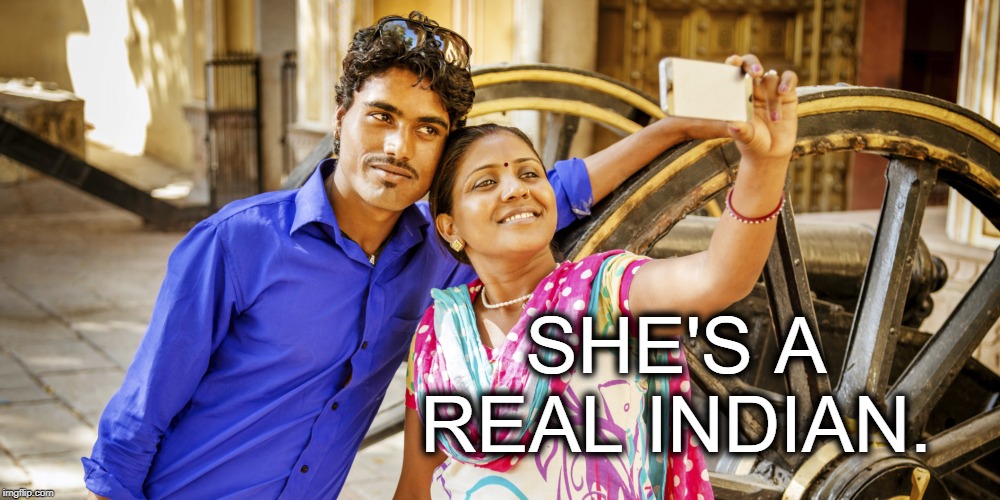 The selfies are a natural fit, but there’s also something inherently cringe-y about an organized campaign to spark and capture the millennial and Gen Z meme magic. That tends to work only organically.

Tara McGowan, a veteran Democratic strategist who founded Acronym, a progressive digital strategy organization, described part of the legacy Democratic media apparatus as “paralyzed” by an older generation of “consultants with a stranglehold on outdated techniques” who rarely engage online. 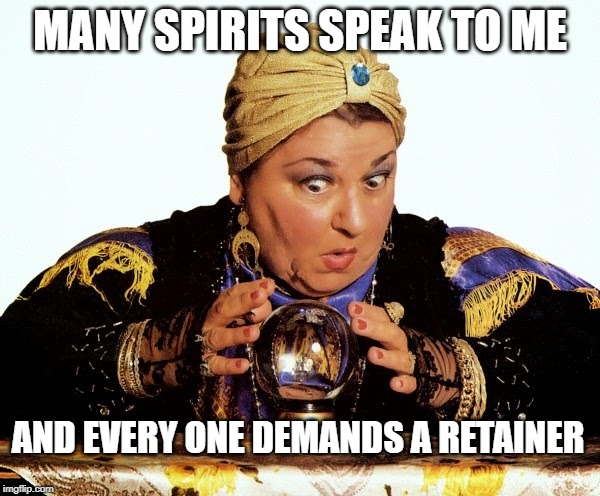 “There’s a tendency in our party to be overly risk-averse in our messaging and tactics, which can dilute our ability to resonate with voters,” she said. “We don’t need to spread lies or play to people’s insecurities to win, we just need to compete and get our message to voters every single day where they get their information. Right now, we’re not even on the field.” Ms. McGowan says Acronym is trying to sound the alarm and provide a path forward. Political consultants say that means spending more money on political consultants and outmatching Mr. Trump on data collection to identify the two million or so voters who’ll determine the 2020 outcome.

Another central part of the campaign is messaging that doesn’t rely on responding to Mr. Trump. “There is so much noise on these platforms, and we are not playing in those spaces now. We can tell a powerful, true, cohesive story about why this guy is dangerous,” Ms. McGowan said. 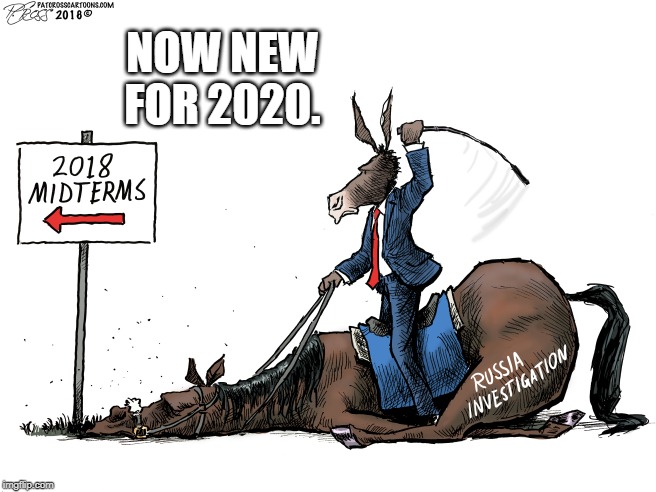 …Just as daunting an obstacle: whether Democrats can win without embracing Republican shamelessness. In the age of viral politics, momentum and political capital derive from a well-rehearsed echo chamber of attention: Social media dictates the news cycle, which is used to book TV appearances or rallies, where candidates can gin up controversy or conflict, which fuels social media.

Donald Trump and Republicans understand this potent combination of content creation and shamelessness. Whether it’s weekend tweets by the president or Rudy Giuliani’s constant availability to journalists and Fox News hosts, Trumpists flood the zone with misinformation or ragebait. A Photoshopped image of a dog getting the Medal of Honor. Sharpiegate. A Fourth of July military parade. They’re all attention spectacles. When the inevitable outrage comes, they merely double down, with more content. The reaction from their enemies — the surprise at the shamelessness — is even more indignant, which delights supporters. It feeds cable headlines for another day. The result is disheartening, exhausting and politically effective. 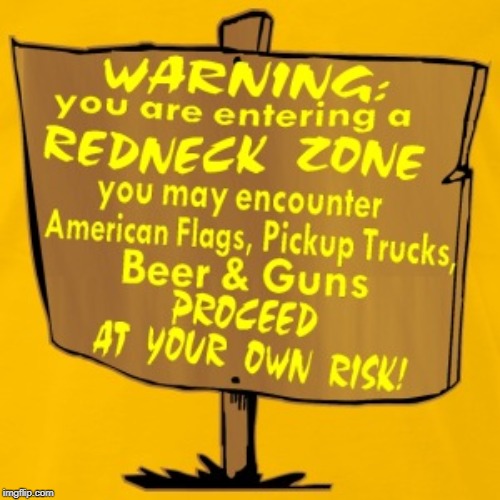 But Republicans don’t need to have a monopoly on outrage. Rather than the Trump variety of outrage and fear of the other, the correct blend of righteous progressive outrage on climate, inequality and corruption could compete with the virality of the MAGA message. Outrage, indignation and alarmism — sentiments proven to win online — can be harnessed by Democrats, provided they choose the right candidate. 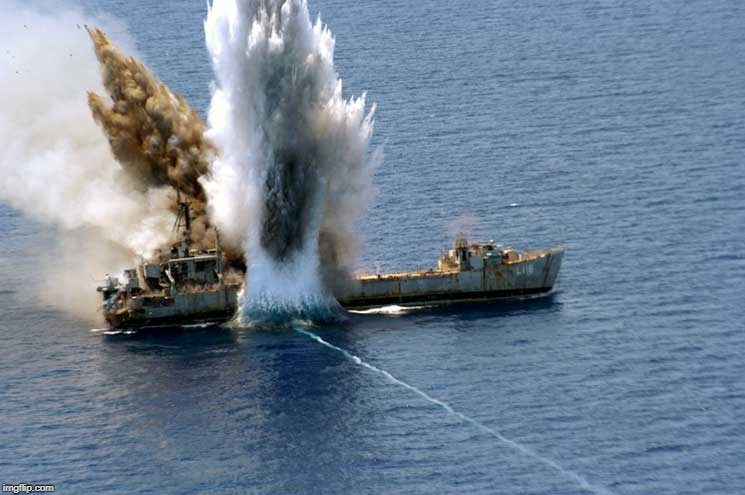 Slower, people, SLOWER! You meme mavericks kill so fast, the bodies don’t even hit the floor.

Dave Cullen on youTube has the best of the, ah, “response” memes. I have trouble archiving the animated stuff.

One thought on “The Complete History of Meme War 2019”