In line with my previously blogged expectations, California’s power outages have done to environmentalism what a toothache does to teenage angst: a sharp little pain that instantly and correctly rearranges one’s lifestyle priorities.

The City of San Jose, Pacific Gas and Electric’s largest covered city, may soon have its own electrical system, due to frustration over numerous planned blackouts during the last several months.

San Jose Mayor Sam Liccardo presented the plan to the San Jose Rules Committee late Wednesday. The plan states that the city should buy all of the bankrupt PG&E’s electrical utilities and create their own consumer-owned public utility, similar to several other cities in California such as Los Angeles and Pasadena.

Bankruptcy, like a recession, is not a catastrophe. The existing economic situation no longer works so you let what is, die off to make room for what will be. Very healthy, albeit not very fun.

Other cities are also currently weighing in on taking over electrical duties from PG&E following the planned blackouts, including San Francisco.

San Fran can’t accept a boom & bust cycle because their government is the economic deadwood needing removal. That there’s the entire history of Socialism in one sentence.

San Jose’s proposal would allow the city to not endure any further PG&E planned blackouts. The blackouts have heavily affected Northern California, with San Jose itself losing $500,000 in lost business and tax revenue due to having no power. 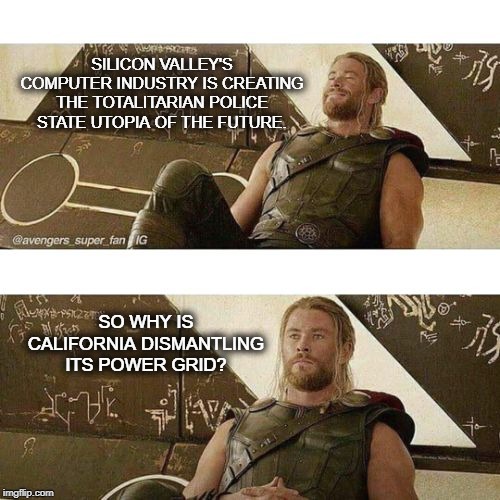 “We need to align the financial interest of PG&E with the public interest,” said Mayor Liccardo after the Rules Committee meeting. “Customer-owned utilities don’t have to pay federal taxes, they don’t have to pay shareholder dividends, they can access capital at much lower costs and that is going to be critical for us in the years ahead, given the extraordinary investment that we’ll need in the system.”

Yeppers, Sam! Do it yourself instead of buying from a government-run monopoly and it’ll be cheaper AND more plentiful AND easier to maintain AND give your more control over your own life! Who knew that scraping off government/municipal parasites could feel so good?

And that’s just the first heady rush of… of freedom. Of self-determination. Of masculine pride at building something GOOD!

Pro-tip: hire only white men to do the job, now that the job really does need doing… and quickly.

PG&E responded to the proposal by saying that no part of PG&E is for sale, and repeated that they have a commitment to their customers. However, due to PG&E’s bankruptcy, the decision to sell or not to sell isn’t PG&E’s anymore. The bankruptcy court has that authority, as Mayor Liccardo noted.

“Although PG&E has stated that the company’s assets are not for sale, in fact, they’re in bankruptcy court,” said Mayor Liccardo. “They are for sale. And whether they like it or not, they are at the mercy of a bankruptcy court.”

Bankruptcy is the mud before the flower. Die, PG&E. You’re too bloated, not effective enough and so top-heavy with regulations and owners/sharehodlers/stakeholders/eco-Nazi commissars/female management that the best fix is selling off your assets and rebooting the energy grid… this time, on a more distributed, local level.

Although I must wonder, where San Jose plans to get the cash for these purchases. Its gov’t hasn’t exactly been running a surplus, either.

Local reaction has been mostly positive, with many saying that they want to get away from PG&E as a provider due to mismanagement, allowing planned blackouts to happen, their bankruptcy, and poor customer service.

“The sooner we get away from them, the better,” said San Jose Resident Ricardo Reyes. “Nobody likes them for what they’ve been doing, but we haven’t had a choice. Now we do.”

San Jose is also looking into building its own infrastructure as another option for electricity following a break from PG&E.

The proposal was accepted by the rules committee and will go before the San Jose City Council on November 19th. PG&E representatives are planned to be in attendance.

Save the whales! Save the delta smelt! Save the three-spotted arroyo night frog not yet known to science! Save the Triggered and Woke from white Christian nerds! And then… 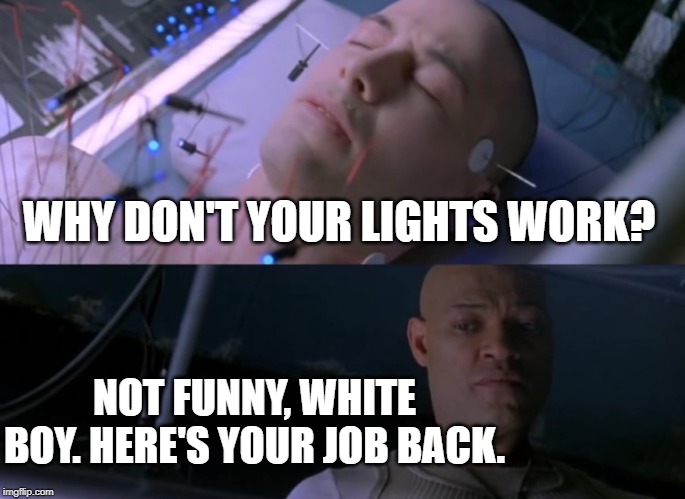