Student union representatives at the University of Oxford passed a motion this week to ban clapping and replace it with silent “jazz hands” waving, insisting that applause “could trigger anxiety”.

Please God, let this be Onion or Babylon Bee. *checks* The Guardian also confirms it for the University of Manchester. NOOOO! 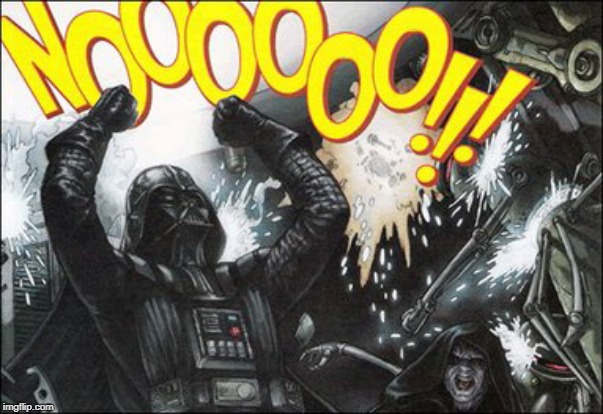 The motion to “mandate the encouragement of silent clapping” proposed using the more “inclusive” British Sign Language symbol for clapping — known as “silent jazz hands” (waving both hands by the sides of the body at about shoulder height) — in place of audible applause.

The clapping ban would affect student union meetings and events where traditional clapping and cheering “presents an access issue” to those with anxiety disorders.

Officers at the student union contended that traditional applause, whooping, foot-stamping, and other loud noises presented an “access issue” for some disabled students who have “anxiety disorders, sensory sensitivity and those who use hearing aids.”

Sabbatical Officer Roisin McCallion says the change is specifically aimed at making events “more inclusive” and accessible to all.

I’m afraid to ask what a Sabbatical Officer is. Guessing here, it’s not a woman who services men on vacation.

“The policy was proposed in order to encourage the use of British Sign Language clapping during our democratic events, to make those events more accessible and inclusive for all, including people who suffer from anxiety. ‘Inclusivity is one of the Students’ Union’s founding principles,’” McCallion said.

One former student told the Daily Mail that despite Oxford’s good intentions and desire to be accommodating for students with accessibility issues, “this idea will not work and is completely ludicrous.”

He’s one for two. Plenty of sources have also covered this story but you came here because I take it to the next level. If you think this Convergence derpage was bad then you haven’t been paying attention to the Convergence of “fact-checking” websites.

Claim: The University of Oxford banned clapping because it makes “snowflakes” anxious.

Now that staff allow students to run the university, it would have been BETTER if only the professors had banned clapping, because the sex freaks are running their circuses.

Reporting
In October 2019, a number of tabloids claimed that the University of Oxford had “banned clapping,” a move made at the behest of “snowflakes” made “anxious” by applause.

The Daily Mail was one of those outlets, reporting: “Snowflake students at Oxford University are latest to demand clapping is banned because applause noise could trigger anxiety as they call for ‘jazz hands’ to be used instead.

“Roisin McCallion and Ebi Edwards Cole, Oxford Union officers, backed the idea
They argued alternatives to clapping should be found for meetings and events
Jazz hands is a sign language expression for applause involving hand waving
It was argued that traditional applause poses problems for those with anxiety
Snowflake students at Oxford University are the latest to demand that clapping should be banned because applause noise can trigger anxiety and want ‘jazz hands’ to be used instead.”

Noting that “snowflake students” were the latest to “demand” clapping be banned, the site reported that there were proposed alternatives, including what they described as “jazz hands.” A headline on a story from The Sun blared, “CLAPTRAP ‘Snowflake’ Oxford University students ban clapping and replace it with ‘jazz hands’ to stop ‘anxiety,’” quoting people who were apparently offended by the ban:

Noting that the fact-checker was confusing a partisan reporting of the decision with the decision itself, I decided that Kim had to be smoking crack. I was close… so very, very close.

Other iterations of the claim emphasized that “jazz hands” as a gesture was more inclusive to anxiety sufferers, with some stories strongly implying that “jazz hands” had been selected to mollify people with delicate sensibilities. Tacked on to the end of that item was the following, more honest characterization:

“Jazz hands is the British Sign Language expression for applause and is considered a more inclusive gesture.

“Sabbatical Officers Roisin McCallion said: ‘The policy was proposed in order to encourage the use of British Sign Language clapping during our democratic events, to make those events more accessible and inclusive for all, including people who suffer from anxiety.”

So, Roisin was accurately quoted. Thanks for confirming with evidence the exact opposite of what you’re claiming, Kim.

Note that in that context, the British Sign Language gesture for “applause” was indeed more “inclusive” — but for hearing impaired people and those with sensory sensitivities, not fun-hating “snowflakes.” Across all three tabloid articles, it would be reasonable to walk away with the impression that clapping was “banned” thanks to demands from the emotionally sensitive.

Yes, it would indeed be reasonable. Put down the crack pipe before you order us what to think, Commissar.

First and foremost, clapping was not banned as the headlines inaccurately claimed — it was simply replaced as a default with sign language.

Too late. And yes, that’s what a ban is.

The reasoning, as explained by the original school paper reporting, was that audible applause as well as whooping and yelling presented an access issue for hearing impaired students as well as those diagnosed with anxiety or sensory processing disorders.

Because deaf students can detect the motions of jazz hands but not clapping hands? And if “sensory processing disorders” means “blind” then you’re making things worse by taking away the auditory indicators they depend on. Stop oppressing blind people!

Second, that was in no way a “ban.” Instead of defaulting to a mainly auditory response (whooping, clapping), the students agreed to use sign language in order to make their gatherings more accessible.

Wrong. Student government ordered the students to use sign language because they’re so filled with corruption that dicks are sprouting out of their eye sockets and mouths like a bad H.R. Giger painting. (See Roisin below.) If there’s one thing Oxford obviously doesn’t teach these days, it’s how to recognize pure, transcendental evil for what it is.

Misleading descriptions of disability accommodations and inclusivity as a “ban” is a common tactic to create “ragebait” headlines by falsely insinuating such accommodations are forced upon the public at large by “offended” people rather attempting to include the requests of people with disabilities and their advocates.

That. Is. Exactly. What. Professionally Offended People. Are. Doing. And what you’re doing, too, Kim.

In short, Oxford University did not “ban clapping,” nor did it acquiesce to “demands” made by “snowflakes.” Oxford’s student union voted to encourage the use of British Sign Language for applause so that students could more fully participate in ceremonies, but clapping and cheering have not been banned.

This goodthink narrative has been brought to you by 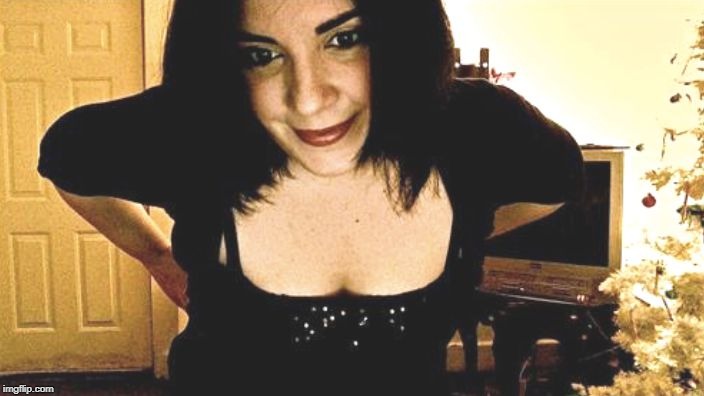 And so it begins!

Snopes Lead Writer Admits She Gets High While Fact Checking

FACEBOOK SHOULD DRAW THE LINE AT USING THE SERVICES OF A FACT CHECKING COMPANY WHOSE SENIOR STAFF ADMIT THEY WORK WHILE STONED. THERE IS TOO MUCH AT STAKE

Snopes Lead Writer Admits She Gets High While Fact Checking 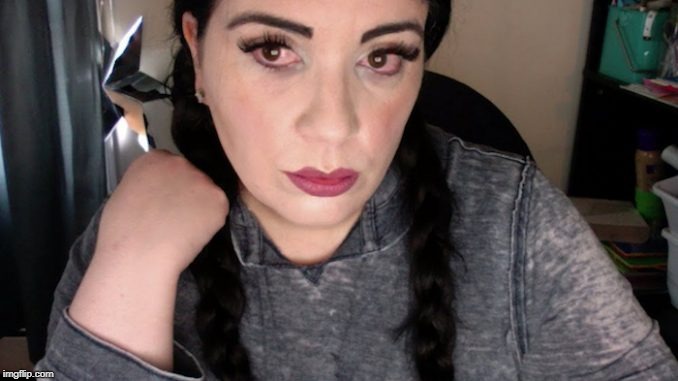 Here’s the link for the interested. Dayumn, it’s time to debunk Snopes!

The revelation raises further alarm bells for those uncomfortable with Facebook’s inclusion of Snopes in their fact checking team. Should a team of unqualified, avowedly liberal bloggers in California, who operate in a company with no checks and measures or standardized quality control, be given the power to decide what constitutes “real news” that will be allowed on Facebook timelines?

Snopes became the voice of reason by debunking Bigfoot stories and accounts of UFOs in Haiti, then in an ill-advised case of mission creep moved into political fact checking. Snopes have been added to the Red Flagged Spam Sites list – curated and shared by young progressive Democrats – as a “hit and miss” source. Snopes are no more trusted than most of the sites they disagree with politically and loftily claim to debunk.

When it comes to politics, Snopes’ modus operandi involves framing questions artfully so they can answer with the FALSE or UNPROVEN verdict that suits their partisan agenda. For more information see here and here. Being debunked by Snopes these days feels like being savaged by a dead sheep.

But the most troubling part of the exposé of the Snopes HQ den of depravity is the fact that lead fact checker Kim LaCapria admits she smokes weed while fact checking.

See, if we were still doing the War On Drugs then police could sweep Kim off the streets for a couple years. California and the Internet would both be better off. And a few pussywhipped men would be less whipped by pussies.

That’s not the problem. The problem is that fact checking political news is a serious business, and it should be taken seriously by Snopes – especially now that Facebook have anointed them watchdogs of all of our news feeds.

Facebook should draw the line at using the services of a fact checking company whose senior staff admit they work while stoned. There is too much at stake.

Lastly, let’s not let  Vice President of Welfare & Equal Opportunity Roisin McCallion off the hook, either. 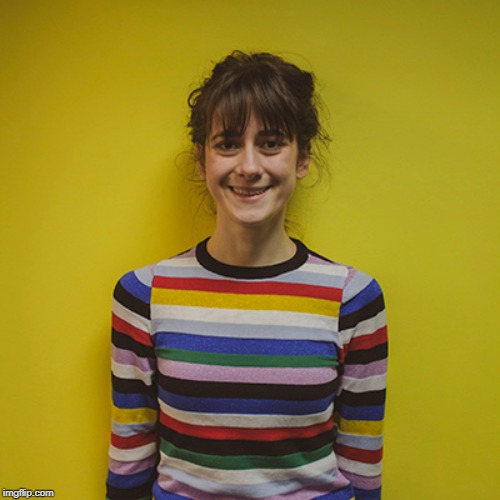 Ow my eyes! HER eyes! Frizzy, cut hair for the OMG she’s batspit cray-cray! And look, she has a manifesto… just like an alt-Right terrorist!

The welfare provisions you receive should not vary depending on which college you happen to go to. However, at the moment it does. I will therefore lobby for all colleges to adopt an equally supportive welfare system ensuring the best for all students across the university, compiling a ‘gold standard’ of best practice and encouraging colleges to pool resources.

Emphasis hers. This suggests the “no more clapping because it triggers me” won’t stay local for long.

I want to lobby the central university body to step up and prioritise mental health. I will reassess the mental health support Oxford currently has available for students and look for solutions beyond a referral to the counselling service. I will bring in external organnizations to properly train University and SU staff so that our university is as well-informed as possible on the issues affecting its students and is able to provide support when needed. Oxford has the money and research resources available, let’s use that wealth for mental health.

Again, emphases hers. Converge it, kill it, gut it, wear its carcass as a skin suit.

I will dedicate time to male mental health…

…and engaging more male-identifying students with both the University and external mental health support and resources.

And on it goes, into LGBT territory. She does like to pose in rainbow clothing, except when she uses her undergrad culmination pictures… back when she still had pretty hair.

Oxford is lost to us.