I once attended MacArthur’s Grace Community Church until the Sisterhood ran me out for trying to date them. Never thought the day would come, when he’d face off against them! This past weekend was a conference honoring his 50th anniversary of pastoring, at which he launched a broadside against feminism.

(RNS) — Evangelical pastor John MacArthur, speaking at a celebration of his 50th year in pulpit ministry this week, weighed in on an ongoing debate in the Southern Baptist Convention over women preachers, claiming the nation’s largest Protestant denomination has lost faith in the authority of the Bible.

He claimed the SBC had taken a “headlong plunge” toward allowing women preachers at its annual meeting this summer.

That, he said, was a sign the denomination no longer believed in biblical authority.

“When you literally overturn the teaching of Scripture to empower people who want power, you have given up biblical authority,” said MacArthur. 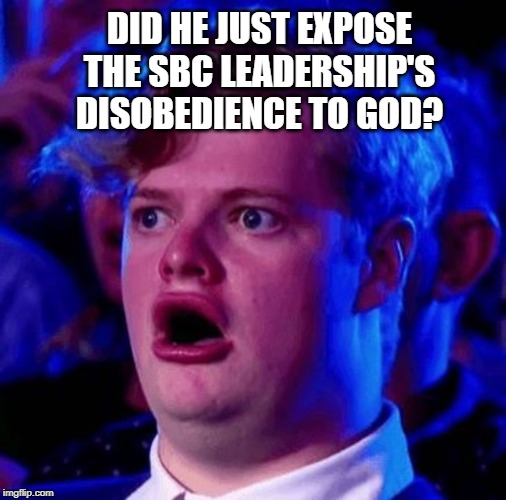 During the “Truth Matters Conference,” held Oct. 16-18 at Grace Community Church in Sun Valley, California, where he is pastor, MacArthur and other panelists were asked to give their gut reactions to one- or two-word phrases.

Sounds of laughter and applause could be heard in response during a recording of the session, which was posted online.

MacArthur — a leading proponent of Reformed theology and of complementarianism, the idea that women and men have different roles to play in the church and in society — was apparently responding to a controversy this past summer when Moore noted on Twitter that she spoke at a megachurch on a Sunday morning.

Her tweet led to accusations that Moore was undermining Southern Baptist teaching, which bars women from holding the office of pastor in churches.

MacArthur went on to criticize Paula White, a prosperity gospel preacher known as a spiritual advisor to President Trump, saying that he found these women preachers troubling because, “I think the church is caving in to women preachers.”

For those curious about Paula White, aka the Bride of Cain:

But continuing with the article,

The pastor went on to say that the #MeToo movement was a sign the culture was taking over the church and accused feminists of wanting power rather than equality. He also seemed to compare women preachers to salespeople who hawk jewelry on TV. 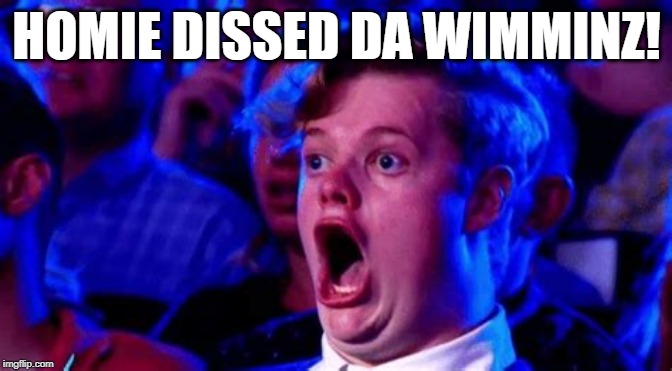 When asked if the Southern Baptists were now moving toward “soft complementarianism,” MacArthur replied, “I don’t know about terms. I just know women are not allowed to preach.”

MacArthur also criticized the Southern Baptist Convention for passing a resolution that was supportive of critical race theory and intersectionality, seeing it as a sign that “liberalism” was taking over.

His comments provoked a spirited response on social media.

Stephanie Tait, a Christian author and speaker, said on Twitter that she was “heartbroken, angry, and honestly just exhausted.

“I’ll keep preaching, but this still hurts,” she added.

That’s your conscience, Stephanie. Feel the burn of guilt! 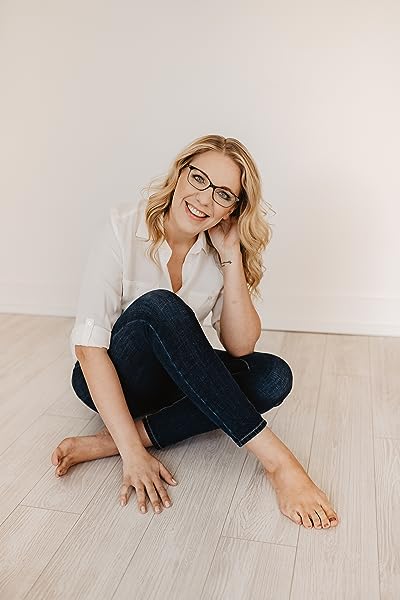 Her Amazon pic. From her bio there: “As an adoptee from the foster system, and as both daughter and wife to non-citizen immigrants, she developed a passion for social justice and political advocacy.”

Micah Fries, a Southern Baptist megachurch pastor in Chattanooga, Tennessee, objected in his Twitter response to MacArthur’s “derisive, divisive manner” and called his comments “devastatingly dismissive of the inherent dignity, value and self-worth of women.”

This is Micah Fries. Physiognomy is real: 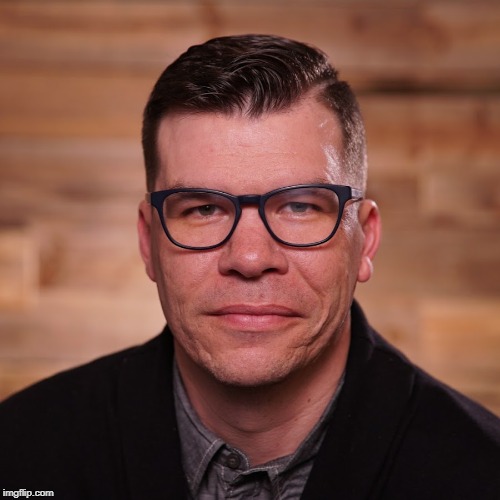 Once again, we see that unity is a globalist priority. “You might be right, but how dare you be derisive and divisive! Truth excuses nothing!”

J.D. Greear, president of the SBC, responded good-naturedly on Twitter, saying that Moore was “welcome in our home any time,” adding a hashtag referring to the Baptist Faith & Message, a statement of SBC beliefs.

SJWs always double down. Somebody should write a book on that.

Beth Moore has not posted a comment on her Twitter feed in response. Instead, she continued tweeting her thoughts on reading through the book of Job.

Article ends here. I read Greear’s response on his Twitter feed. He got roasted! Let’s meet some new allies:

Josh Buice
Oct 19
Replying to @jdgreear @BethMooreLPM
Which is precisely why many are looking for a new home outside the SBC.

Josh Buice
‏Oct 20
Reading through this thread makes me chuckle! People criticize John MacArthur for not being nice to Beth Moore and turn right around and say far worse than he did to others. How dare John MacArthur speak like that…but I can do it….but not him.

Top third of his face is dominant for intellectual motivation. Definitely no frizzy hair, which is impressive when rocking the Santa Claus beard, so his thoughts are orderly and he’s probably generally disciplined in his personal life. Said beard is favored by men who don’t want to be perceived dominating with a clear jaw & chin line.

Justin Peters
‏Oct 19
Replying to @jdgreear @BethMooreLPM
You are right, JD. She definitely has a home in the SBC. That fact is a sad commentary on how undiscerning the majority in the SBC are. Her false claims of visions, God speaking to her, twisting of scripture, preaching to men & endorsements of known false teachers mean nothing.

An evangelist with his own organization, Justin Peters Ministries. 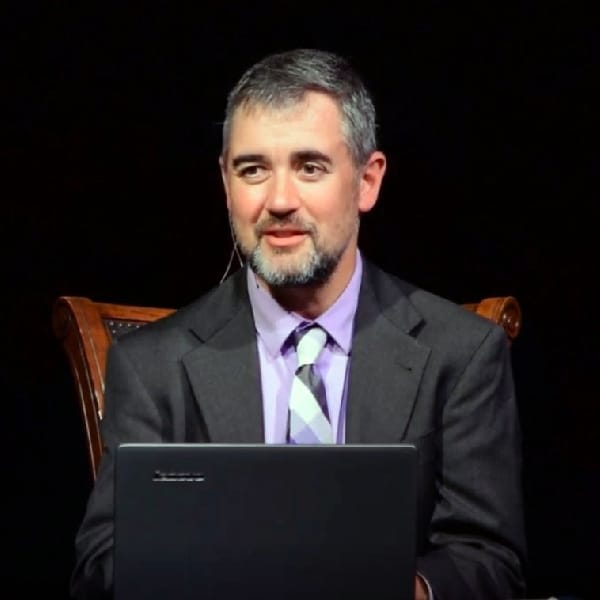 Lower third is the smallest so he’s not the most pragmatic of men. His eyes are puffy & hooded, which indicates long-term stress of some kind, although I think some sub-ethnicities of white have that naturally. Large ears suggest he’s a good listener. His facial hair was chosen to accentuate his jaw so unlike Josh the academic above, this guy is more willing to engage people directly and even confrontationally.

Not a lot of social energy indicated by his nose, however. He probably does his work in spurts with plenty of rest periods.

Nathaniel Jolly
Oct 19
Replying to @jdgreear @BethMooreLPM
And that’s why I left the SBC as pastor. The SBC no longer cares about what is in Scripture.

Now a missionary in Uganda. I can’t read his face but his body says he worked on construction sites so forklifts wouldn’t have to. Either he has a tall wife or he might have some Napoleon complex.

Patrick Martin
That’s a mighty broad brush you’ve used to paint 46.5k churches into one light, my man. Lots of good churches and pastors in the SBC.

A career student. Uh… he’s too fat to be sure, but men with a wider lower face than upper face tend to give affirmation easily and demand it in return. I’ve read that a “W” hairline shape indicates spiritual interests but haven’t confirmed it to my satisfaction.

Robin S.
Oct 19
But the ones in leadership are writing all the Sunday School material to include social justice. Lifeway holds women’s conferences full of false teachers. What can the little guys like us do to change it? The uninformed members are the ones electing these clowns @ convention.

Lisa Saunders
Oct 19
You could not attend and have a man of your choosing write your Sunday school book. Meanwhile many grateful/excited women will look forward to learning from @BethMooreLPM and others. Thanking the Lord for her calling & gifting her to rightly divide the Word.

Robin S.
Oct 19
“Grateful/excited women” does not equal biblically literate/discerning. I used to be a huge fan of hers til thankfully my eyes were opened to her egregious errors & foolishness. Sadly not many are willing to look at what she says with an open mind, willing to admit she’s wrong.‏

Robin is a female who groks Christianity. That’s a rare find.

No good pic, but he has wide/nonconformist ears and a nose for conflict.

Alex Hannis
Oct 19
Saying true things in slanderous ways doesn’t make you concerned about being “biblically clear.” It means you are in sin.

As I just snarked, “You might be right, but how dare you be derisive and divisive! Truth excuses nothing!”

Hell yeah, baby, American Protestantism ain’t finished. This party’s just getting started! It’s a great time to be alive, when God sends His children forth with sarcasm and weaponized autism to prick the consciences of anklebiters!