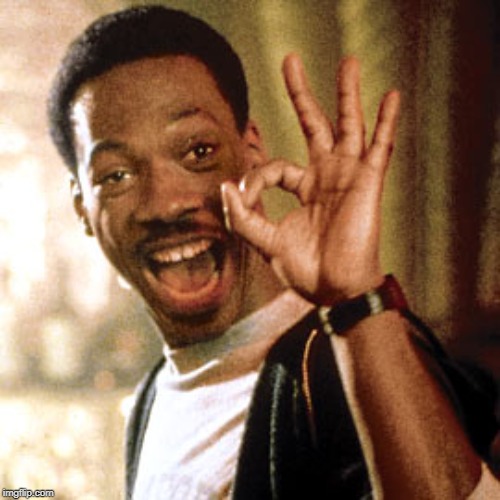 Okay, it’s not MY face, but that’s still the face of a white nationalist claiming white power before going on a shooting spree. Also known as Eddie Murphy.

In related news… VERY related news… the Anti-Defamation League has just added bowl haircuts to its “hate symbol” list of burning crosses, white sheets and parodies of the Antifa logo. It wasn’t enough that California declared Afros and dreadlocks to be symbols of black pride and therefore protected by anti-racist legis…

Hang on, I need a drink. Thank God it’s Friday. 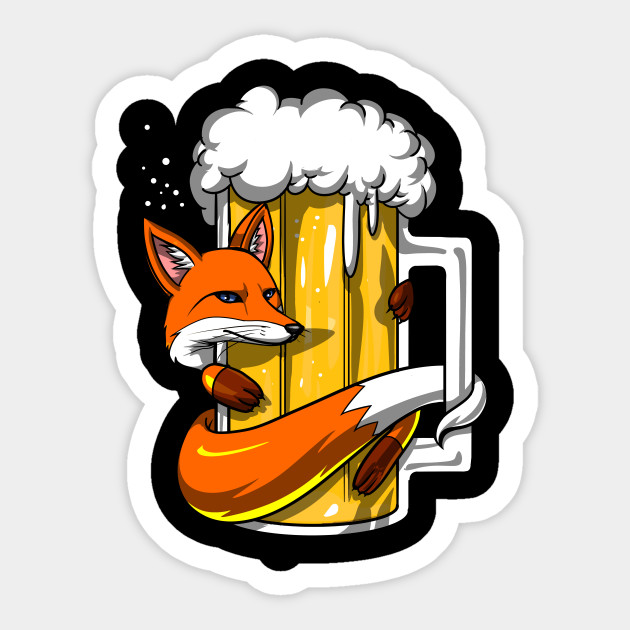 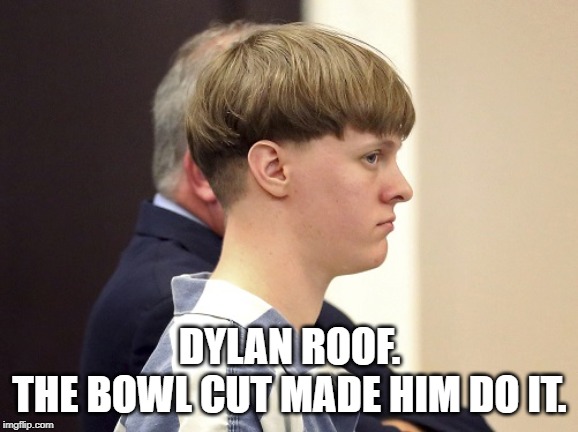 Seriously, that’s why the ADL declared bowl cuts to be hate symbols, because Dylan Roof has no sense of style.

This has dangerous, wide-reaching implications! THE BEATLES ARE NOW A TERRORIST ORGANIZATION! Suck on that one, Baby Boomers! And for the first time in eight hundred years, Franciscan monks are mobilizing for war. 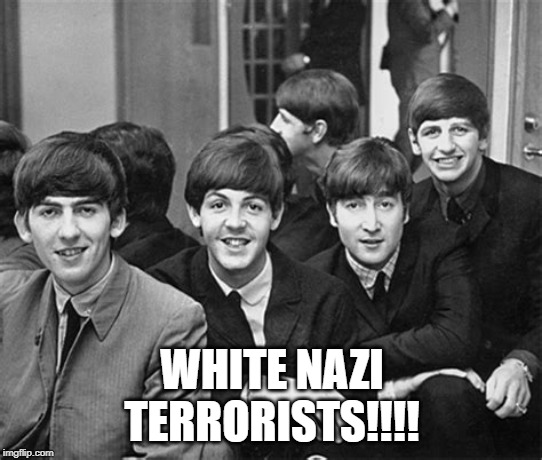 Seriously, even the Beatles couldn’t make the bowl haircut cool.

To ensure this isn’t a hoax, let’s go straight to the source.

YOU CAN’T PROVE THAT WAS ME! I’LL SUE YOU INTO… oh wait *hic*, nobody was asking.

Nobody, and I mean NOBODY, has ever or ever will carry that shield into battle.

Yeah, the alt-Right does claim false flags a lot. Enough to lose credibility with me. They can’t keep beating the war drums while acting surprised when some of their number go “live”.

Not to be confused with Roof ventilators.

…often use Roof’s distinctive bowl-shaped haircut to refer to themselves and like-minded fans. This includes using word “bowl” as part of a screen name such as “Bowltrash” or “The Final Bowlution,” or collectively referring to themselves using terms such as the “Bowl Gang” or “Bowlwaffen Division.” They may also use slang terms such as “Take the bowl pill” or “disrespect the bowl, pay the toll.” Some use phrases such as “take me to church” or “take them to church” as coded references for violence.

No. No way. Murdering innocent pseudo-Christians is horrible but adopting a bowl cut is unthinkable. Let’s google those terms and I bet another shot of whiskey the ADL is lying.

Bowltrash… did you know the Superbowl generates 40 tons of *hic* trash? Wait, was I supposed to be drinking if I’m right?

Roof promoters also create and share Roof-related memes across the Internet, including depictions of Roof as a saintly figure with a halo around his head. Even more common are memes featuring Roof’s bowl haircut, either by itself or digitally affixed to other people’s heads. In one shared image, Roof’s haircut has been superimposed on a shield designed to resemble the divisional insignia of Waffen SS military units of Nazi Germany.

The only such pics I can find are on the ADL’s website. Perhaps they would have more credibility if they hadn’t forced the Daily Stormer into the Dark Net, or if they didn’t unperson every Not-see they can accuse.

Neither of whom had bowl cuts, although Tarrant did signal that everything was “OK”.

Aha, I found those Roof-hair-related memes. All of them were made by one brain-damaged fruit basket named Jeffrey Clark of D.C., already in custody for a couple years.

Jeffrey Clark — the 30-year-old man federal agents arrested here Friday after he said the Pittsburgh synagogue shooting victims “deserved exactly what happened to them and so much worse” and his relatives worried he might try to launch a race war — wasn’t shy about being a neo-Nazi.

In April 2017, when someone asked Clark at a White House rally organized by “alt-right” coiner Richard Spencer whether he considered himself a fascist, he said no ― he considered himself a Nazi. Antifa activists photographed him at the deadly Unite the Right rally in Charlottesville, Virginia, in August 2017. He has posed for pictures in front of Nazi symbols and holding Nazi memorabilia. …

This April, Clark threatened a HuffPost reporter, warning that the reporter would be going “feet first into a woodchipper.” The reporter told police about the threat in August. They did nothing at the time. In late October, D.C. police did come to Clark’s house in the Bloomingdale neighborhood after the death by suicide of his brother, Edward, but did not arrest him.

Good thing the ADL noticed the secret double meaning of the bowl haircut or he might never have been detected. Sleeper agents can be anybody, anywhere! 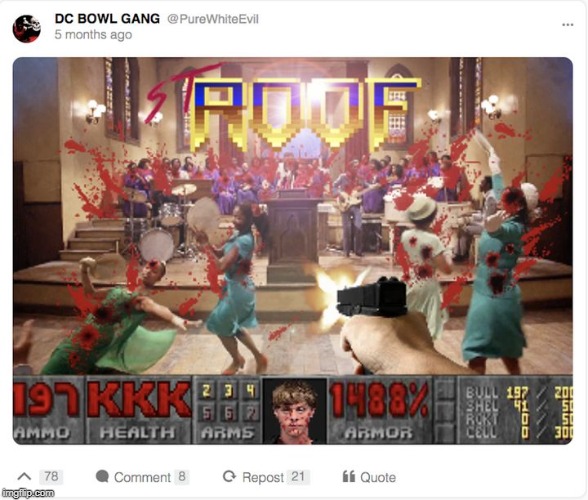 Believe it or not, the guy who made this pic is a Nazi! Notice the bowl haircut on the avatar, a secret identifying mark hidden in plain sight indicating sympathy for church shooter Dylan Roof….

I need a drink.

3 thoughts on “The Persecution of Hairdos Intensifies”