It’s usually a mistake to face-read a child. Features aren’t well-defined because the personality isn’t well-defined, and there’s a risk of self-fulfilling prophecy if a kid thinks he should behave a certain way. But Greta’s been denied any chance for a normal life, is 16 and is the child soldier of choice for today’s globalist slavers, so let’s do it. Some raw data: 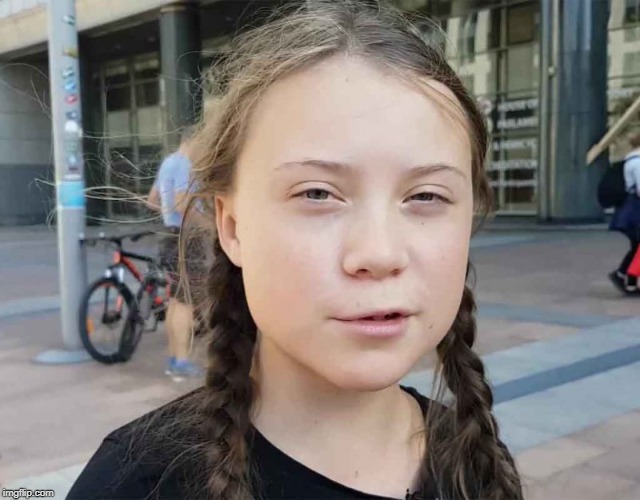 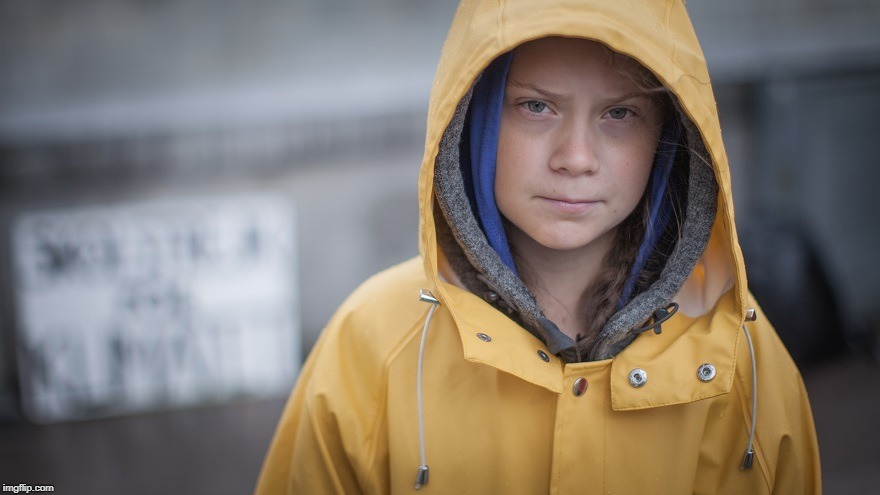 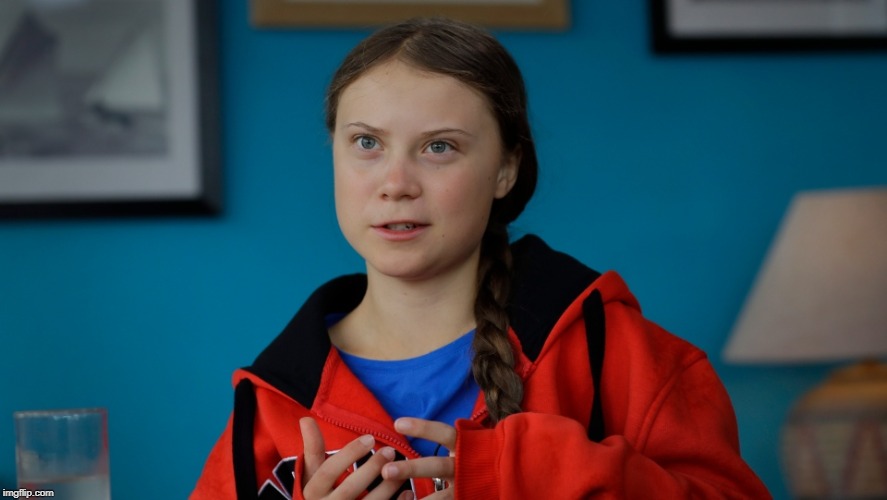 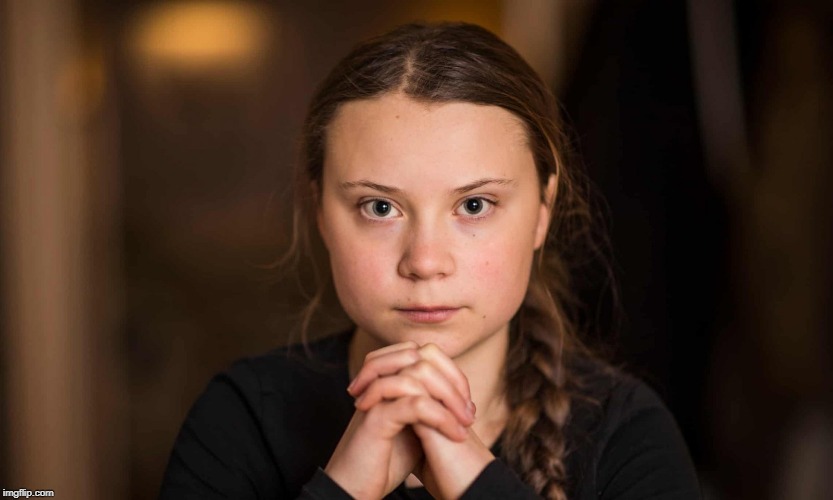 A couple pics show her with cutting pupils (sociopathy) and a couple don’t. Such inconsistency is exactly why today’s results aren’t guaranteed. But the way she’s being used for political theater is an excellent way to foster sociopathic thought patterns that would not have formed in a normal childhood.

People with flat cheeks are normally polite. Not the case here.

Her chin isn’t YET prominent but certainly looks to be developing that way.

Eyebrows are moderately thicker on the inside. More visionary than managerial in her approach to tasks. They could be forming either rounded (social) or angled (conflict-seeking). They’re already very low, an indicator of impulsive behavior instead of patient behavior.

A lot of upper eyelid shows and the nose is concave, good indicators of a social outlook as opposed to rational. Common in women.

The left side of her face is significantly more guarded than the right, to the point of twisting her lips out of symmetry. Her inner/family life is much more adversarial than her outside life.

Her nose is concave for social energy. A concave nose that’s also turned upward is a very confrontational nose.

She had the potential for a typical, socially-oriented personality but her cheeks and chin have begun masculinization, consistent with her being put in high-pressure environments and under heavy performance burdens.

A couple pics, such as #4 here, show her with extremely dilated pupils. It’s possible the pictures were taken in the dark. More often, I would suspect drugs or mental problems, but here… let’s discuss Fetal Alcohol Syndrome.

She has the philtrum, nose and lips. Not the skin folds and the head size is uncertain because she’s a dwarf. 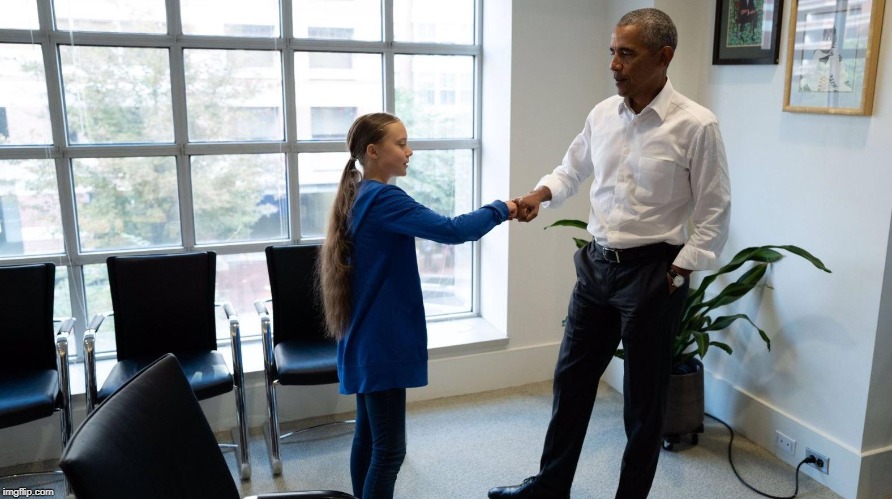 Yeah, that’s Obama she’s shaking hands with. But at age 16, that is not a normal height for a Nordic woman. Slow physical growth is a non-physiognomy indicator of Fetal Alcohol Syndrome, sufficient confirmation for me.

Greta has FAS. And if you look at her parents, it’s very plausible that Mommy had a gestational drug habit. 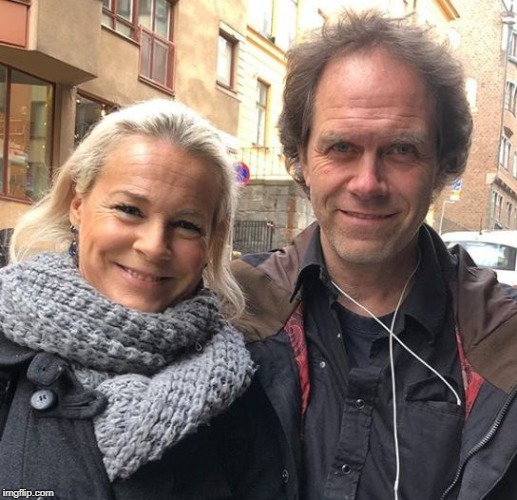 Lastly, if Greta continues her life as a professional agitator then Siang Mien predicts she will develop a mole around, but not on, her lips. That’s typical of people who argue points until they’re beating a dead horse.

While researching the above, I came across an astrological reading of Greta Thunberg. More discerning viewers may wish to skip this section but the curious and the lovers of freak shows… I have few illusions about my audience… may find this juxtaposition insightful.

No, I’m not about to become an astrologist.

The astrology of Greta Thunberg

I am often asked to profile good people for a change, instead of the mass murderers and psychologically unbalanced individuals that fascinate me.

Whoa… I feel twu wuv for a woman at last! Is she hawt, too?

So I picked Greta Thunberg, the young Swedish woman who at age 15 has become an internationally known climate activist. Greta has been diagnosed with Asperger’s and, curiously in light of her subsequent emergence as an outspoken activist, something called “selective mutism” in which a child is unable to speak under certain circumstances.

I saw those claims, OCD also, and still don’t know if they’re legit or a token claim of victimhood status. All are consistent with FAS.

Greta’s astrological birth chart shows that she has the both the Sun and Moon in the practical sign of Capricorn. Capricorn people like to Get Things Done, and Greta was born just after the Capricorn New Moon so there is a sense of beginning something new. The New Moon personality has a quality of innocence combined with an intense energy to begin something new and create sweeping change. Her Mars (depicting her drive and the way she asserts herself) is in the intense and powerful sign of Scorpio, and it is aligned with Venus which shows she is intense and independent in all of her interpersonal dealings.

Greta isn’t innocent. Per wikipedia, “Thunberg says she first heard about climate change in 2011, when she was 8 years old, and could not understand why so little was being done about it.” That’s a total lie. Kids that young are too immature for that kind of thinking, and her parents pushing… weaponizing… her into that role means she is neither innocent nor independent.

She has yet to take a position that any globalist would object to. Is that because she’s too Strong&Independent to think for herself?

Greta’s Sun is conjunct Chiron, the dwarf planet of wounding and healing. This alignment signifies an individual who came into this world with a deep soul wound that she will be faced with throughout her life so that it can eventually be healed.

Consistent with her parentage.

The Chiron archetype is that of the mentor – having healed our own wounds we then can choose to become a healer of others and a mentor to those who share our own affliction. Saturn, planet of tests and challenges, faces off in a stressful opposition to Pluto, adding more stress to this dynamic. It’s not surprising that Greta suffered from OCD.

At the age of 11 transiting Pluto, the planet of deep transformation, triggered this deep soul wound of the Sun/Chiron and Saturn which coincides with a deep depression that caused her to stop speaking. Often when we go into the underworld of a Pluto cycle, even at such a young age, we can re-emerge with renewed resolve and empowerment which seems to be what happened to Greta.

Physiognomy only predicts who you ARE. Attempts like this to predict future events are an important factor in why physio is respectable and astrology is not. Granted, this particular event had already happened but regardless.

There are only four ways to predict the future:

Mercury in her chart, the planet of thought and communication, is also in Capricorn, suggesting that her thinking tends towards the practical – not just ideas, but how to turn them into something solid.

That’s ridiculous. Accomplishment is something separate from being either idealistic or practical.

Her Mercury is retrograde in the chart, which is interesting in light of the mutism, and harmonizes with both Mars and Venus which sometimes denotes an individual who enjoys debate. Uranus, the planet of rebellion and social justice, is in a powerful square to both Mars and Venus – she is a radical at heart (Mars/Uranus) and likely finds personal relationships a challenge because she is so independent (Venus/Uranus). 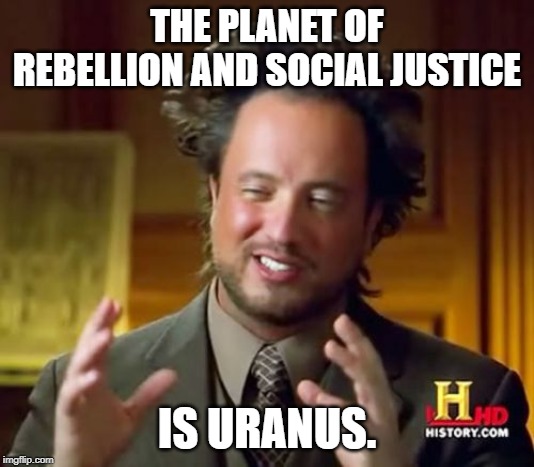 But Greta doesn’t enjoy debate. She’s on record being proud of how Asperger’s gives her a direct, forced personality. Neither is she radically independent, being a total ideological conformist in public.

We would likely not have heard anything from Greta had it not been for the fact that her Jupiter (confidence, search for meaning) is in the sign of Leo, the sign that celebrates the Self. Those with Jupiter in Leo feel an inward push towards recognition from the outer world and the need to do something important. That Jupiter conflicts with Mars in a challenging square which amplifies any frustration or anger that arises in her and creates the need for an outlet of some kind. That Jupiter is also harmonizing in a trine to Pluto, bestowing on her the power of personality to effect transformation through destruction of the old way and renewal.

Huh, bookburning has a Zodiac sign. There’s a lot of eisegesis, “reading into the material”, here. (My Christian readers are familiar with exegesis, deriving principles from Scriptural accounts.) I like Western Physiognomy because it’s a collection of individual indicators that one then assembles into a gestalt image. For example, impatiently low brows and flat, polite cheeks can indicate someone with high verbal skills because they simultaneously want to disagree and avoid conflict… impatient plus polite.

When that proves to not be the case, one is prompted to look further… here, it’s her Asperger’s driving her aggressive language. I like how physio is disprovable and when disproven, gives a direction for further inquiry.

Contrastingly, the Chinese Siang Mien is concerned mostly with indicators of luck, family stability, wealth and food abundance. They were less interested in understanding personality than predicting how well their life would turn out if Bob married Sally. Not unrelated, obviously, but how does one prove/disprove luck?

Here, we have “Confidence in Self conflicts with Drive/War” which is very nebulous material to work with.

Generation PIS? That’s a new one… I can use that… but maybe I shouldn’t.

I had fun but am not overly impressed.