A couple priests of the Cult of Nice tried very hard to find out why the laity act as though God is irrelevant, and embarrass themselves in a most spectacular fashion!

Practical Atheists: Living as if God Is Irrelevant John Stonestreet. More guarded on the left side than the right, always a negative indicator in somebody giving advice. I’ve concluded that my information on lower-eyelid stress lines is partially obsolete. So many men have stress lines like that these days, and from such a young age, that no meaning should be attached unless it’s quite pronounced.

Broad noses with big nostrils are a good indicator for family life. Intoverts tend to have narrower noses. 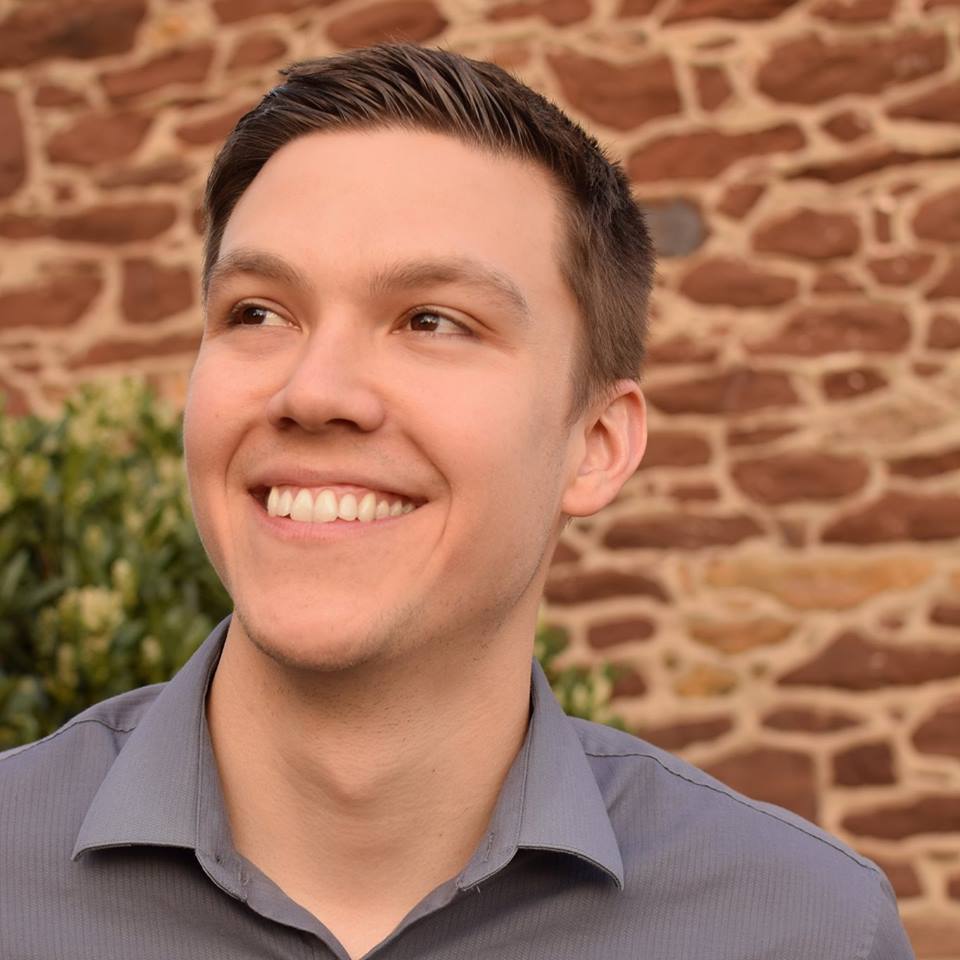 G. Shane. On the one hand, there’s not enough testosterone for him to even be shaving yet. On the other hand, in 2013 he was a quarterback for the Michigan Wolverines. 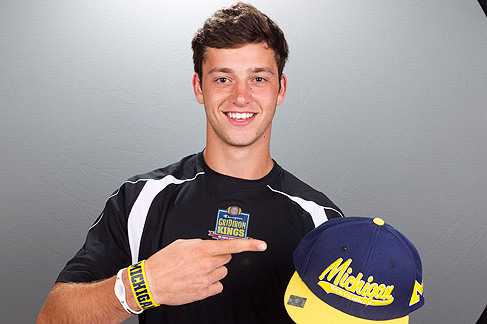 I fear church life has neutered him! His skin has paled, meaning he doesn’t go outside like he used to. Married life can do horrible things like that to a man. Anyway, neither of these guys appears to have had much life experiences. There’s a reason ‘babyface’ is pejorative.

If a time-traveler from the Early Church secretly followed you from Monday till Saturday evening, would they be able to tell you’re a Christian?

I hope not. The government’s cameras secretly follow me, too, and they are no friends of Christ. I’m never more than one twerk-shaming away from a prison sentence.

The answer for many of us just isn’t very clear … and that’s no accident. Many Christians live lives indistinguishable from secularists. The reason? Well, quite simply, secularism is the default state of our culture. It’s the water we swim in—the air we all breathe.

They have a valid point. When you’re floating with the current of modern culture, you don’t feel anything. Only when you swim against the current do you realize what’s happening.

Or, as author Craig Gay put it in his book, “The Way of the Modern World,” the problem isn’t atheism. In fact, a red-blooded atheist is hard to find.

Bullshit. Look for the moron who thinks government is the solution. There’s your atheist.

The problem, he said, is “practical atheism.” It’s not that people do not believe in God, it’s that they live as if God is largely irrelevant. That’s what secularism does to us. It doesn’t disprove our faith, it dismisses it. It makes faith an issue of personal, private belief, disconnected from the outside world.

That’s the carrot. The stick is punishing the people who violate secularism and that’s where the Church falls apart. Husbands ruined by frivorce? Not Pastor’s problem. Wicked judges issuing dictats from the bench? Not his problem. Teaching sexual perversion to schoolchildren? “Kids these days.”

When our leaders act as though matters of conscience and morality are irrelevant, how does one expect the followers to act?

Catholic philosopher Charles Taylor has written the monumental work on the subject called “A Secular Age.” The marginalization of religious belief in our world, Taylor argues, has led to “disenchantment.” While God’s revelation in creation was obvious to prior generations, we completely miss the sacred things revealed in the way the world is made and ordered.

Scripture’s metaphors make no sense in a disenchanted culture. As practical atheists, we are deaf to the heavens’ loud proclamation of the glory of God. Stars and rainbows remind us more of human achievement and self-determination than they do of God’s promises.

THAT’S what rainbows remind him of? Nobody uses the rainbow to remind anybody of human achievement and self-determination. Either you recognize the rainbow as a symbol of God’s mercy, a symbol of homosexual rebellion against God or you don’t think symbology is important in Current Year.

In other words, we live in a world where the assumptions that govern how we think and what we do are almost always secular ones. Whatever people may say on surveys about their religious beliefs, the fact is that modern, Western life is overwhelmingly lived without even considering God.

No, they’re ATHEIST ones. Secular is “non-religious”, atheist is “anti-religious”.

Living as a six-day secularist, shaped by secular assumptions and rituals, has very serious and practical consequences. Good things result from our hard work and planning, we think, not from the gracious hands of our loving Father.

Also, because God is not easily replaced as an organizing principle for life itself, many of us today find ourselves living lives of fragmentation—our thoughts, emotions, and desires constantly pulling us in opposite directions; the changing values all around us giving us worldview-whiplash.

Still, worst of all, practical atheists are always subject to idolatry. As John Calvin said, humans are incurably religious creatures, and our secular age offers all kinds of God-replacements: sex, self, stuff, state, science. Ironically, a secular age is still filled with faith—just in all the wrong gods. These gods mark us in their images in profoundly dehumanizing ways.

Shane in particular is an anti-porn advocate, per some brief research. Neither the self nor material wealth are inherently idolatrous. Government is, however, so again they’re not all wrong. But they’re connecting the dots all wrong and working their prejudices into the analysis.

The only way to be distinctly Christian in today’s culture is to consciously and intentionally swim against the secular currents. First, we need to recognize them, as well as how they sweep us away.

Thank God this is not only possible; it’s been done before. Christians throughout history have had to swim against cultural currents opposed to their beliefs. Many not only succeeded in keeping their faith but in transforming the surrounding culture.

Preach, brothers! We must resist this tide of secular materialism and be different from the fallen world around us!

That’s why I think our next Colson Center Short Course is one of our most important. It’s a crash course in understanding and countering practical atheism. It’s called How Not to Be A Secularist. Beginning on October 1st and continuing for four consecutive Tuesday nights, this webinar series will equip you to recognize secularism in all of its forms and assumptions, and will help you keep a firm grasp on your Christian identity in this secular age, even while the culture tries to sweep it away.

We only have a limited number of spaces, so please sign up today.

Preach… uh… are… are you FREAKIN’ KIDDING ME? *checks* Registration cost: $49. You pious hypocrites! You write a long-winded article complaining Christians have absorbed too much of modern, Godless culture… and your solution… is a webinar costing fifty bucks a head! DO YOU NOT HAVE A SINGLE FRICKING CLUE? 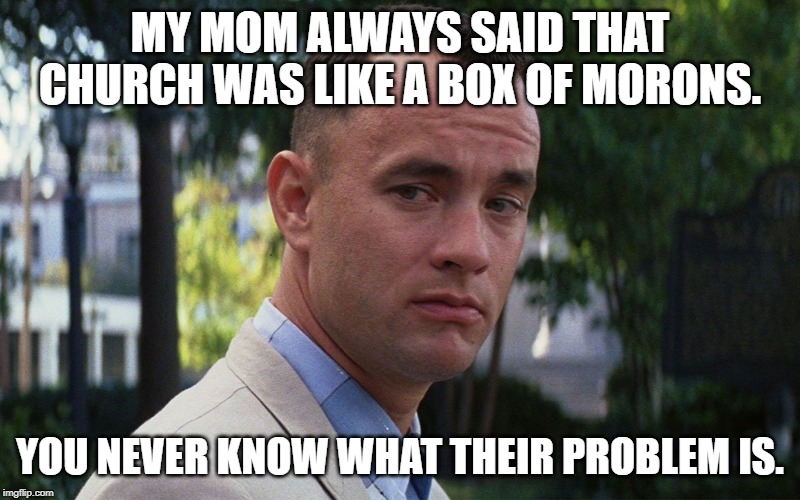