I’ve been trying very hard to ignore the Democrat Presidential debates. I’d rather wear a sandpaper thong on a treadmill than watch sociopathic victims of affluenza debate the best, fastest way to murder me without leaving fingerprints. But sometimes, the clouds of indifference part and a ray of pure Derp shines through.

O’Rourke: Texans have told me they’re fine giving up their AR-15s 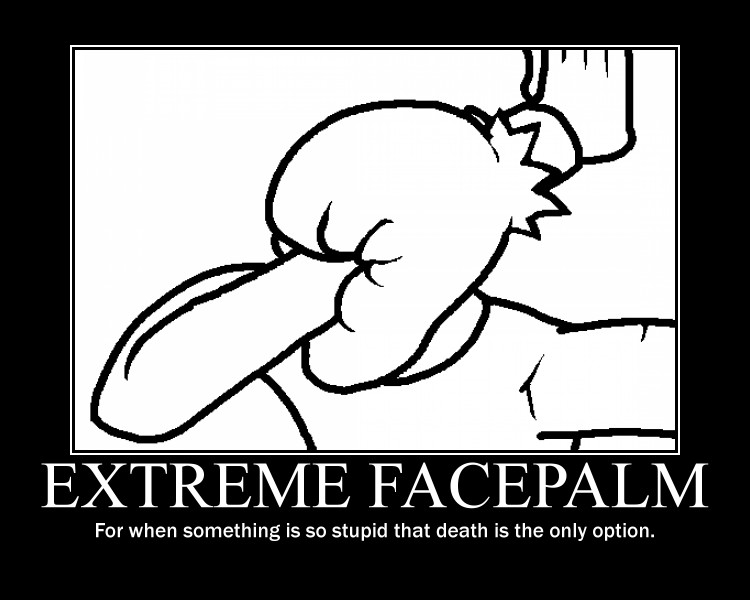 Exactly what New Zealand is claiming & doing. He’ll get elected, a mass shooting will eventually happen in Podunk and Beto will implement gun confiscation in the sudden realization that private ownership of firearms is a horrible idea despite all precedents and oaths. But oddly, he’ll never make reference to the fact that he’d been lusting to ban guns long before the “trigger event”.

We already have a world government. All these heads of State enacting the same globalist agenda at the same time freaks me out. Especially when, like Brexit or Beto vs. Texas, it won’t end well for them.

“Using guns to hunt or for self-defense makes a lot of sense to us here in Texas,” O’Rourke, a former three-term congressman from the state, said during an interview on MSNBC.

“But even from those Texans who own AR-15s, they’ve told me this themselves: ‘I don’t need this. I don’t need it to hunt. I don’t need it to protect myself. It was fun to use. I like taking it out to the range, but if giving this back or cutting it to pieces or selling it to the government helps to keep us safer, then by all means let’s do it,'” he said.

Um, no. FUCK, no. That is the one way shit AIN’T gonna go down. But Beto, I’d love to watch your body cash the checks that your mouth is writing. 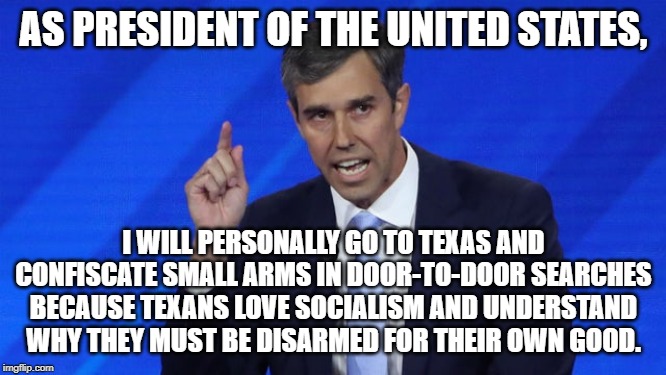 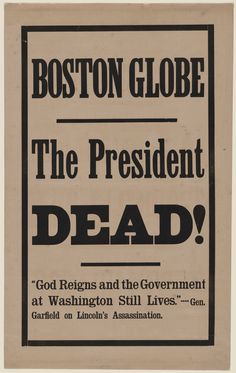 O’Rourke’s remarks come after the former congressman — who has pushed for a mandatory gun buyback program for assault-style weapons — defended his proposal during Thursday’s Democratic primary debate in Houston.

“Hell yes we’re going to take your AR-15, your AK-47. We’re not going to allow it to be used against our fellow Americans anymore,” he said, prompting loud cheers and applause from the audience.

Beto O’Rourke intends to enslave and kill us Heritage Americans. He is already at war with us, he seeks power over us so the war will be unilateral, yet none dare call it treason.

We Heritage Americans are no longer participants in our own government. Giving up our guns will be the last step before engineered famines and Siberian death camps.

The comment prompted GOP state Rep. Briscoe Cain to write in a tweet — which Twitter has since taken down — that his “AR is ready for” O’Rourke.

Eww. Briscoe Cain looks like way too effeminate to mean what he Tweets. That’s the smile of a used car salesman.

A conservative Texas State Representative reduced anti-trans violence to nothing more than “dudes walking around in dresses getting beat up” in a recent panel discussion.

Rep. Briscoe Cain made the comments while in conversation with the Texas Tribune Tuesday when moderator Evan Smith asked him to defend Senate Bill 6, one of two new anti-trans bathroom bills currently proposed in the state legislature.

Like North Carolina’s HB2, SB6 would require people to use the restroom that matches the gender on their birth certificate, not their true gender identity.

Oh, well, that’s a breath of fresh air. He sounds more outspoken than physiognomy would expect.

When asked what exact problem a bill like SB6 would alleviate, Cain said it all comes down to the issue of private businesses being forced to make accommodations for people who want to use restrooms that have “nothing to do with them.”

“[SB6] is just to say, ’Look, we’re not going to allow government funds or government buildings to be used for social engineering,’” Cain remarked. “Men need to use men’s restrooms.”

Sigh, no, Briscoe. It’s not a question of private businesses being forced to obey an unnecessary law. It’s a question of sexual perversion. EVIL! Men and women are different, that’s why trans-bathrooms are a bad idea!

Cain added that he and fellow Republicans were “emboldened” to pursue SB6 after witnessing the defeat of the Houston Equal Rights Ordinance (HERO) in 2015. HERO would’ve protected LGBT people from discrimination based on sexual orientation or gender identity in both housing and employment.

Woe to those who call evil, good! Or in this case, call butt-fucking heroic.

“That’s really when we began to be emboldened,” he said. “We realized it wasn’t just a political thing. That parents, grandparents, everybody’s concerned about men and women’s bathrooms, shower rooms and locker rooms.”

Unlike whatever poor sod tries to disarm Texas.

2 thoughts on “How About You Try That, Beto?”