For all your false accusation needs! The hardest burden upon the modern shank is that law enforcement is increasingly unwilling to believe her in a total absence of physical evidence. Solution: a rape kit that women can complete at her leisure and store until she decides she’s been rayyyped!

MeToo is founded on the principle that you should be able to take back control.

Your experience. Your kit. Your story. Your life. Your choice.

Women say rape isn’t about pleasure, that it’s all about control. Looks like projection to me.

At MeToo Kit Company, we have designed the first at-home kit for commercial use. Evidence collection is administered within the confines of the survivor’s chosen place of safety. MeToo also provides additional means of support via our mobile application, eliminating the guesswork out of the documentation process, and allowing the survivor to focus on what matters most: their recovery.

That’s never going to fly in a court of law. Why would a rape victim not want police to collect the evidence that would result in a slam-dunk conviction? Why would she insist on providing all the evidence herself, at her expense? Hello, reasonable doubt. Goodbye, evidence chain of custody and independent investigation.

The MeToo Kit is designed to address the problem associated with traditional sexual assault kits available to survivors.

Most importantly, our kit empowers survivors to accurately collect evidence in a setting and timing of their choice.

Aww, they didn’t answer my question.

Will this be admissible in court?

We have a multi-step plan so that the kit retains chain of custody.

No chain of custody permits a “we let the plaintiff handle the evidence unsupervised for a few days” step.

However, there is no guarantee that any of the evidence collected as a result of the use of this product will be admissible in court. We will be lobbying for support in the future, across multiple bodies of both federal and state jurisdictions.

*sniff* Goodbye, Fifth and Sixth Amendments. I only wish you’d died to a greater threat than feral sluts crying us a river. *Gunner Q blows his nose and immediately burns the tissue to destroy the DNA.*

Gawd, can you imagine college girls hanging around the gymnasium hoping to stab a sexy athlete with a pin to get a drop of his blood?

Medical Examiner: “The DNA results tested positive for… Procyon Lotor, the common raccoon. Did you get this DNA out of a dumpster?”

Slut: “Shut up! Nobody is talking to you cops! Just get me a lawyer!”

Do I buy this before or after I’ve been sexually assaulted?

We create the analogy as follows — you do not buy a fire alarm for the 364 days you do not have a fire, you buy it for the one day you do. We trust this to be a deterrent for sexual assault. We also trust this to be so well received; that households across the world are buying these for themselves and loved ones, not only as a viable resource, but as a symbol of protection and hopeful deterrent to assault.

I don’t know where to begin with the idea of women stockpiling rape kits “just in case”.

Where do I take the kit after I’m done with it?

To the police or Title IX office, where you will need to file an official police report or Title IX report.

Ah, so they’re already cutting law enforcement out of the false accusation loop.

MeToo Kit is an empowering adjunct resource to any university’s sexual health and safety strategy on campus. Approximately 1 in 4 women and 4% of men experience some form of sexual assault while in college, with the risk of assault being highest during their first few months on campus. 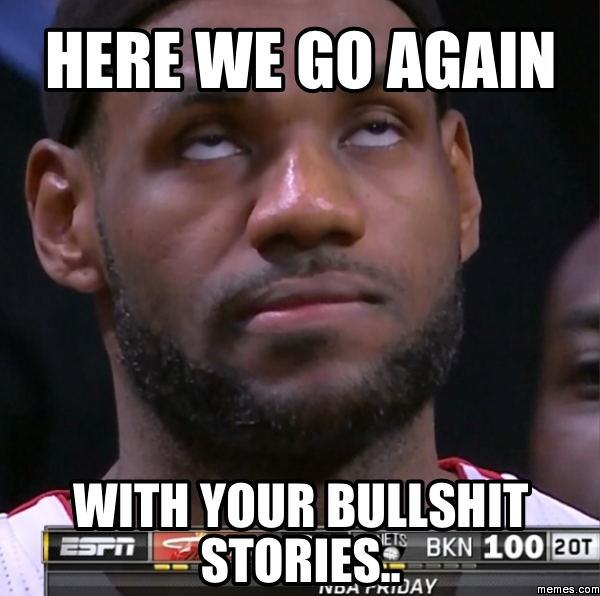 We at MeToo Kit believe that the documentation process largely deters students from reporting these violent crimes. Documentation can be an arduous process, and some students may lack the proper transportation, financial resources, facilities and confidence required to move forward.

Facts and evidence are evil tools of the patriarchy! Unless she provides the evidence and everybody else just listens & believes.

The MeToo Kit empowers survivors of sexual assault to document crucial DNA evidence within their chosen space of safety and in a timely manner, thus preserving the documentation at the standard by which courts would deem admissible and allowing the survivor to quickly shift their focus to self care support and recovery.

We all know what this is about. Any woman who has sex with anybody can go home, complete this DIY “rape kit” and take her sweet time deciding whether to blackmail her lover or force him into a marriage that she can then eject from with lifetime cash & prizes at will.

It’s an improvement over the baby trap. Fewer hostages.

But for once, the authorities aren’t tripping over each other to aid & abet false rape accusations.

How The MeToo Rape Kit Became So Controversial So Fast

Campbell, 23, created the MeToo Kit, which aimed to be the first at-home rape kit. It’s a box containing swabs for a sexual assault survivor to collect DNA evidence off their body, rather than going to a hospital for a full forensic examination. The MeToo Kit is not yet available for sale, but Nessel said the company violated Michigan’s Consumer Protection Act by deceiving people into thinking the at-home kits were viable replacements for one performed at a hospital. Dana Nessel is a feminist, LGBT and possibly tanssexual. I’m surprised she opposes this.

“This company is shamelessly trying to take financial advantage of the ‘Me Too’ movement by luring victims into thinking that an at-home-do-it-yourself sexual assault kit will stand up in court,” Nessel said in the release, pointing to a cease-and-desist letter she also sent to Campbell, demanding that the kits not be sold in Michigan. “There is absolutely no benefit here for victims,” Nessel added.

In a phone interview, Campbell tells Bustle, “We’re a small, two female company in Brooklyn, New York, and all we were trying to do is create a solution that would hopefully help survivors and this whole thing blew up.”

Oh, you poor wamminz! Here, let me shred the Bill of Rights for you. I can’t bear to see a woman cry because she’s been oppressed for unlawful behavior.

The story was quickly picked up by local media outlets in Michigan, and began to spread. Within a week North Carolina Attorney General Josh Stein similarly condemned the MeToo Kit as a “dangerous and misleading product.” The Manhattan District Attorney’s Office cautioned that “Material collected with this product would be inadmissible in court.” And survivors’ advocacy groups, from Oregon to Minnesota to Rhode Island, put out statements warning that no one should use the MeToo Kit.

Whoa, the entire feminist establishment is turning out against MeRapeKitToo!

Campbell still plans to move forward and says most of this has been a big misunderstanding. She tells Bustle that after she was sexually assaulted during her junior year in college on a study abroad trip, she, like the vast majority of survivors, didn’t report her attack to any authorities. She believed having the option of preserving evidence of a sexual assault at home, without having to tell anyone what happened, could help if a survivor decided later on to report it. She’s confident that her company can make an efficacious product.

“I bought my daughter a DIY rape kit because she’s going to study abroad for a year in the Congo and might get raped while she’s there. I’m so proud of her!”

“23andMe managed to make DNA collection foolproof for DNA testings,” Campbell says. “For women, we’ve been putting in tampons for ages, so sticking something inside our vaginas is pretty routine for us.”

Too easy. I’m a sportsman… oh, okay! I get it! This is a FUN-TIME rape kit! Like handcuffs.

Campbell says she consulted with attorneys, academics, and forensic biologists on creating the product before making it public, but she declined to share their names with Bustle, saying she didn’t have permission from those individuals.

Like her product, she tells you everything she wants you to know and nothing additional.

The kit Campbell described isn’t as extensive as forensic exams done at a hospital, which are supposed to be free of charge to survivors under federal law. A typical sexual assault forensic examination at a hospital will also test for STIs and pregnancy, provide treatment options if needed, call in an advocate from a local crisis center, and document any bruising on the survivor.

“That could be internal bruising or internal damage, and I don’t know how an individual would do that for themselves,” Keri Moran-Kuhn, associate director of the Oregon Coalition Against Domestic & Sexual Violence, tells Bustle.

News of the MeToo Kit quickly spread through a national listserv for advocacy groups after Nessel called attention to it. The National Alliance to End Sexual Violence, an umbrella group for survivors’ rights nonprofits, released a statement calling it an “obvious attempt to monetize the #MeToo movement, particularly in an irresponsible way that could have a disastrous impact on survivors of sexual assault.”

The biggest point of contention for advocates and experts is the chain of custody. If someone tried to submit a MeToo Kit as evidence, there’s no way of telling whether the kit had been tampered with, so it’s unlikely that it would be admissible in court. Campbell says the company is working on fixes for that issue, such as potentially having a witness sign an affidavit. She also says she’s interested in sitting down with Nessel to discuss how to alleviate those concerns.

Ohhh, no, no, no, Barbie. Affidavits are DOCUMENTATION. You remember documentation? It’s the stuff police use to accuse you of filing false police reports… exactly what your product was trying to avoid.

So far, the MeToo Kit has been geared toward college students. In a video that was posted to YouTube and Twitter and was reviewed by Bustle, but has since been taken down, Campbell gave a brief pitch about the MeToo Kit to members of the Alchemist Accelerator, a venture-backed startup incubator. She said the company envisions having MeToo Kits included in welcome bags given out on college campuses.

I can’t think of a faster way to achieve a 0% male student population.

Her documentation is not in working order.

But the MeToo Kit isn’t the only at-home sexual assault forensic examination out there. A product called the PreserveKit appears to have launched on Amazon on Aug. 29, the same day Nessel told Campbell not to sell the MeToo Kit in Michigan, selling for $29.95. The PreserveKit was created by Jane Mason, a 28-year veteran FBI agent who worked on white collar and environmental crimes and became a private investigator in 2014, according to her LinkedIn profile. Her website boasts endorsements from another former FBI agent and a sexual assault nurse examiner.

Nessel’s office said they learned about the PreserveKit after telling the MeToo Kit to stay out of their state, and aren’t as concerned with that product. The PreserveKit’s site includes language noting that its product doesn’t do everything that examination by forensic professionals would, and that there’s no guarantee that evidence collected with their product will be admissible in court.

I’m still surprised that feminists and the Marxist-education complex aren’t all over this MeToo 2.0. It’s not like the false accusation is an unfamiliar tactic to them. Either the MeToo rape kit is a threat to federal funding to established institutions, most likely, or the backlash against false accusations is strong enough that feminists aren’t yet ready to ditch the Bill of Rights completely.

Or… you don’t suppose a MAN could purchase those rape kits, too?