I enjoyed the county fair this weekend, always a fun time, although predictably marred by heavily tightened security. No doubt a response to the Gilroy Garlic Festival Shooting but still, checkpoint searches and plastering “See Something, Say Something” signs all over the place and in the fair event flyers would not have stopped that incident and surely won’t stop the next. Which is more likely:

“Officer, I just saw a guy wearing military fatigues, a ski mask and carrying a rifle and shotgun wait in line, buy a ticket, enter the main gate and then head towards the children’s carnival while jacking shells into the 12-gauge. I wasn’t going to say anything except all these signs made me think I probably should.”

“Officer, I just saw a white man wearing a hat with the Confederate flag leave a suspicious package in the trash can. You should arrest him and make his life miserable just to be sure he’s not a Trump lover! Terrorist, I mean.” 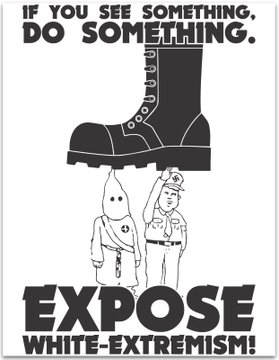 A meme I’ve seen in the context of recent, thwarted school shootings. Speaking of, it wasn’t hard to find a example of how “see something, say something” can go wrong.

Shayn Striegel, 27, was arrested after police said he left a rifle and about 2,000 rounds of ammunition in his vehicle at the College of Southern Nevada in Henderson on August 28, 2019.

Finding an arsenal in a student’s dorm room is alarming. Finding a student left one long gun in the car trunk while attending class in Nevada, not so much.

Heck, I’ve bought two thousand rounds on a single trip to the gun store before. Unless the suspect has an automatic weapon, he could hoard a billion rounds and nobody but the fire department need care.

A witness told police that they had noticed firearm magazines inside a parked vehicle. Officers located the vehicle owner, Shayn Striegel, who was identified as a student on campus.

Uh-huh. Some passerby in the parking lot just happened to look inside a vehicle, notice a mag and think it was serious enough to alert campus police. Or, did Shayn’s vehicle have a Trump bumper sticker or NRA logo on it? News accounts don’t say but it’s very easy to imagine an SJW seeing Not-See indicators and doing a point-and-shriek.

We can be sure that no Normal American would freak out over a visible rifle mag.

Shayn Striegel was a registered business owner in Nevada. According to public records on the Nevada Secretary of State’s website, Striegel was listed as the registered agent for a company called “STC Firearms Training LLC.”

The business was first registered with the state on January 17, 2014. But it appears the company is no longer in operation.

The company going out of business is probably the reason Shayn went back to school. If schools want to ban guns from their property then fine, but that shouldn’t be an arrestable crime. I don’t get to imprison coworkers I disapprove of in my personal jail.

An East Coast student reported for making threats of mass murder and then found to be stockpiling guns & ammo in his dorm room. Okay, okay, you can “say something” about your roommate who said he brought a gun into the dorm to kill the fraternity that didn’t let him in. 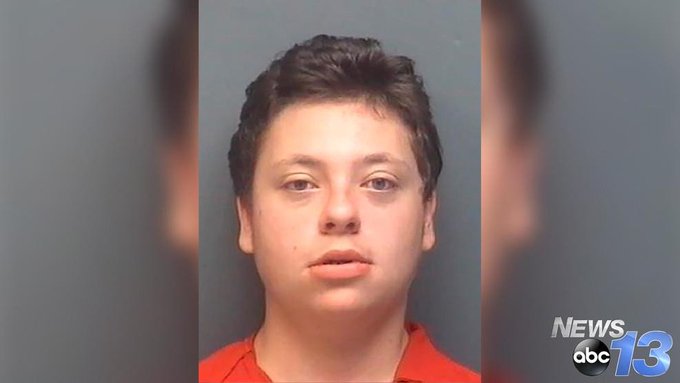 What a babyface. Thin noses and upturned nose tips has been common, although not universal, among these thwarted shooters. We can ignore Steber, although looking him up was how I found that anti-white meme above.

It’s important to note that unlike Steber, Striegel was not accused of issuing any threats.

College president Zaragoza reiterated in his online statement that police “do not believe that an ongoing threat exists to Henderson or any of our other campuses as a result of this incident.”

But he used the incident as an example of the importance of speaking up. Zaragoza stressed that students and others on the campus should report suspicious situations to police, even if they are not sure whether it’s truly a threat.

Sure, it’s harmless, except when it destroys a man’s life despite a total lack of criminal intent. Zaragoza is a Mexican national and once a low-level Obama appointee but otherwise uninteresting. 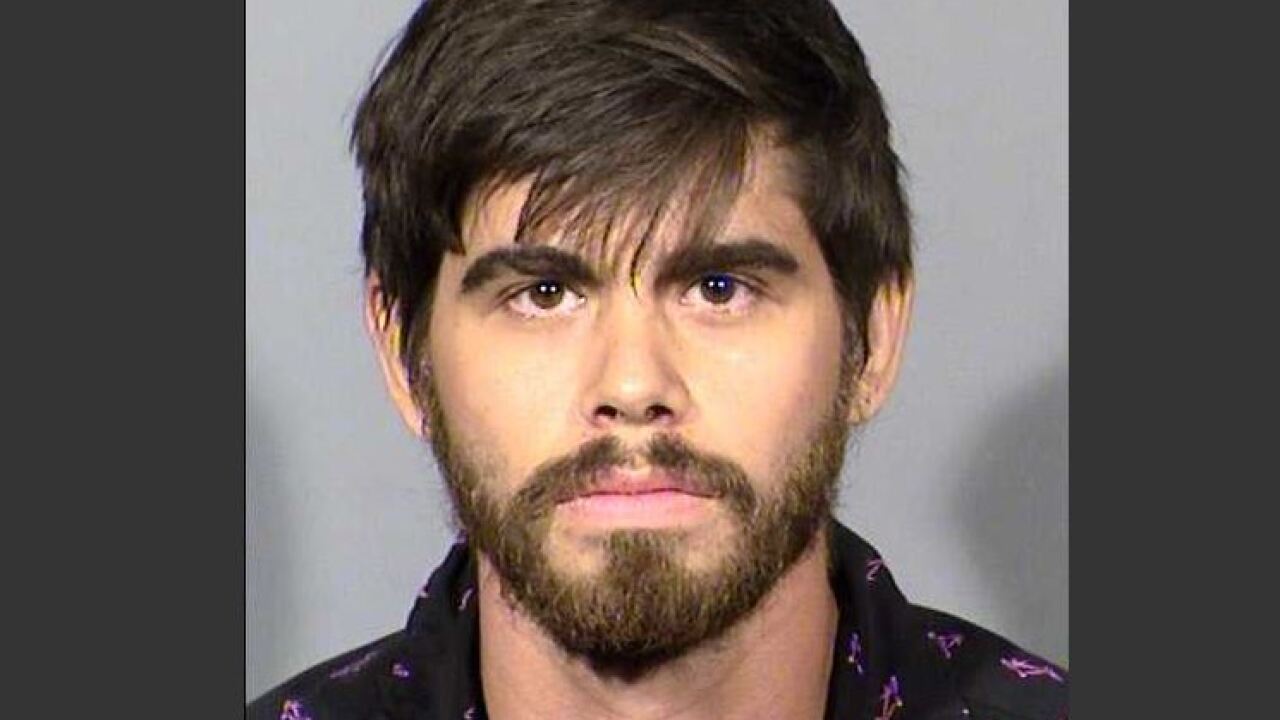 Shayn Striebel. Showing white under the eyes indicates a state of fear, not surprising in a mugshot. The “lozenge” face shape is sometimes called the Venusian shape, a more emotionally balanced version of the Triangle’s nervous/passive-aggression. Hair hanging down over the eyes, if a habit, is a social-avoidant trait. He has an active mind to judge from long, thick eyebrows.

I think he tries to move beyond his passionate side with that pointy beard giving him a more assertive appearance. There’s some frizz in it but not enough to indicate psych problems. It probably means he’s rather careless with the details of daily life, which the hair grown down to start covering the ears would confirm.

Police found, during a probable cause search of the vehicle, a gray ammo can with blue tape across the top with “Shayn” written across the top, which contained several hundred rounds of .22 ammunition; an unlocked rifle case in the trunk containing an unloaded, black, AK style weapon and a green ammo can filled with 7.62 ammunition.

I feel sick that Shayn got in trouble for such little threat. And this is happening in Nevada, supposedly one of the most pro-gun states in America! The campus cops should not have arrested him. Second Amendment, yo!

Striegel’s arrest report, first cited by Fox 5, indicates that the vehicle was registered to his brother.

As officers approached him, the 27-year-old reportedly began ‘making spotnatenous utterances: ‘I know what this is about, I’m so sorry. I forgot I had it in the car. I work for Rifle Dynamics.’

According to the company’s Facebook page, Rifle Dynamics is a gun manufacturer specializing in custom-made, lightweight AK-style rifles. It also provides training services.

He’s even in the gun manufacturing business. Other sources describe him as a science major. Considering that his arrest happened about 6pm, Shayn was taking night classes after his day job to get ahead in life. An ordinary Joe who has more reason than most people to forget the occasional firearm in the trunk.

Striegel has a concealed carry permit, but firearms are prohibited on Nevada System of Higher Education campuses.

Your rights end where the Soviet indoctrination centers begin.

Founded in 1971, the College of Southern Nevada is the state’s largest and most ethnically diverse higher education institution with about 34,000 students. CSN specializes in two-year degrees and workforce development that lead directly to high demand careers or transfer to a university. It also offers five bachelor’s degrees in specialized fields and is the state’s largest provider of adult basic education and literacy training. CSN is a Minority Serving institution and Nevada’s first Hispanic Serving Institution.

First the gov’t demands education and licensing for all areas of work, then it suspends your rights while you jump through their hoops. Here’s best wishes to a guy down on his luck who really, really didn’t need anybody to say something.

One thought on “Shayn Striegel Ruined By See Something, Say Something”