With a link to the PDF of his thankfully brief manifesto. I first thought that two shootings back-to-back shortly after the Gilroy shooting was some Deep State MK-ULTRA Clinton/FBI conspiracy but the truth was even more disturbing: his stepfather was a hallucinogen-addicted occultist who marketed the voices in his head. 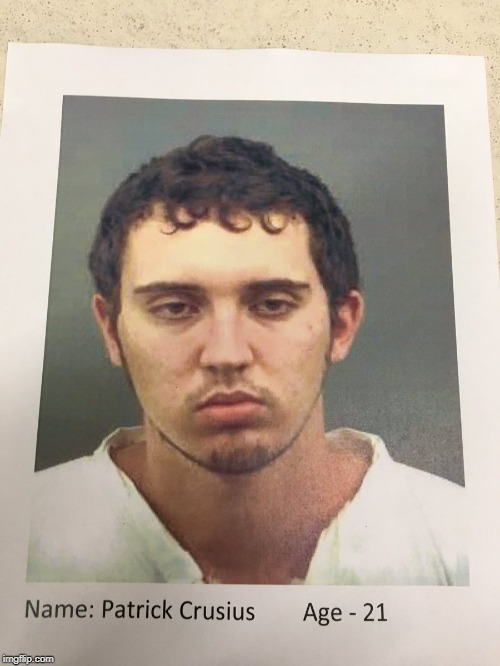 Right off the bat, cutting eyelids and triangular jaw/chin with feeble facial hair. Left side is more guarded, always a bad combo with any mental issues. Middle third is dominant so status/ambition oriented. Low, level eyebrows for rational thought. Small mouth, not much of a talker. The cupid’s bow of his full-lipped mouth, combined with carefully curly hair, make me suspect he’s got passion underneath the car hood, however. Hair is orderly which confirms rational, orderly thoughts.

He’s disciplined at what he does yet doesn’t care for other people beyond their value to his feelings. Physically weak and is concerned about it but doesn’t care enough to hit the gym. Possible drug use/psychopathy/broken home. I would expect he enjoys either manual arts or low-level tech work, but neither with enthusiasm.

Patrick Crusius was identified as the suspect in the El Paso, Texas, Walmart shooting that left 22 dead on August 3. Crusius, 21, is in jail facing capital murder charges. Officials said during a press conference there were 20 people dead and 26 injured.

There’s two ways I reach “loner” in face-reading. One is indicators of an active mind/self-absorption, and the other is indicators of emotional walling off. The former is not threatening; their brain is simply so active that they get preoccupied with it. Which is why so many computer experts have social skills that wouldn’t impress a robot.

Eyebrows that are not only thick but have a lot of trailing hairs on either end are the best sign of an active mind (which is not always high-IQ; think RPMs compared to actual horsepower in a car). If someone has a thin line of hairs connecting both eyebrows, making a unibrow, their mind is so active that insomnia is predicted.

Here, Crusius has a small mouth & ears so he isn’t verbal. But there’s only the eyebrows to indicate intelligence while low-testosterone, those eyelids and left-side-guarded are good indicators for emotional issues.

The shopping area, near Cielo Vista Mall, is close to the United States border with Mexico. It is a popular location to shop for people on both sides of the border. License plates from both the United States and Mexico appear in the parking lots, NBC reported.

A Wal-Mart holding a back-to-school sale. Although I strongly oppose immigration, this isn’t the kind of situation that made our border into an existential crisis. Mexicans want a day trip to buy from our stores, why not?

Why don’t these knuckleheads ever shoot up a welfare office or Section 8 housing? Where the parasites hang out, y’know? Maybe a white-hating local official? But no, they always target little kids and working-class people.

Consistent with his idol, Brenton Tarrant. Patrick even wrote a manifesto, mainly, I think, to emulate Tarrant.

In general, I support the Christchurch shooter and his manifesto. This attack is a response to the Hispanic invasion of Texas. They are the instigators, not me. I am simply defending my country from cultural and ethnic replacement brought on by an invasion.

Boldface is classic psychopath refusal to take responsibility for his actions.

Any other ethnic group and he might have had a point but dude, they were here first. It’s our land now, of course, but Latinos and specifically Mexicans are the ethnic groups most easily assimilated into USA. Part of why I stay in California is that coexisting with Mexicans is easier than nearly all of the alternatives.

My motives for this attack are not at all personal.

In short, America is rotting from the inside out, and peaceful means to stop this seem to be nearly impossible. The inconvenient truth is that our leaders, both Democrat AND Republican, have been failing us for decades. They are either complacent or involved in one of the biggest betrayals of the American public in our history.

The takeover of the United States government by unchecked corporations. I could write a ten page essay on all the damage these corporations have caused, but here is what is important.

What’s important is “when I had the chance to kill the people responsible, I decided to kill little kids at a back-to-school sale instead.”

Even if other non-immigrant targets would have a greater impact, I can’t bring myself to kill my fellow Americans. Even the Americans that seem hell-bent on destroying our country. Even if they are shameless race mixers, massive polluters, haters of our collective values, etc. One day they will see error of their ways. Either when American patriots fail to reform our country and it collapses or when we save it. But they will see the error of their ways. I promise y’all that.

You intentionally spared those most responsible while butchering children who never had a choice and the Mexicans lawfully and peacefully visiting? Even Hell is too good for you but Hell is what you’ll get.

Fuck his manifesto. *toss* So, how did he end up like this? We know because Daddy already wrote the book! Well done, Daily Mail.

The father of the 21-year-old man arrested for the El Paso shooting massacre was a drug addict for almost 40 years and is now an energy healer who claims to have had visions of Jesus Christ and his dead grandmother, DailyMail.com can reveal.

Patrick Crusius allegedly killed at least 20 people and injured 26 on a gun rampage which began in a Walmart parking lot in El Paso, Texas on Saturday morning before he was arrested by police.

His father, Bryan Crusius, 63, revealed in a 2014 memoir details of the broken home his son grew up in, confessing to decades of drug and alcohol abuse that led to the breakup of both his first marriage and his 18-year relationship with the alleged shooter’s mother.

A child from a broken family. I would’ve won that bet had anybody been dumb enough to take it. Although technically, his parents never divorced while he personally was alive.

The book offers some insight into the mass shooter’s upbringing – but not what turned him into an apparently white supremacist-inspired multiple murderer who was cold-blooded enough to make sure he was taken alive.

Au contraire! A shank-ho Momma shacking up with a divorced man hearing the voices of that’s-not-Jesus in his brain while sharing peyote with his Commie-public-school-educated son explains everything. 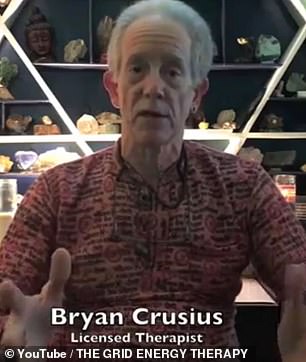 Cause above, effect below. 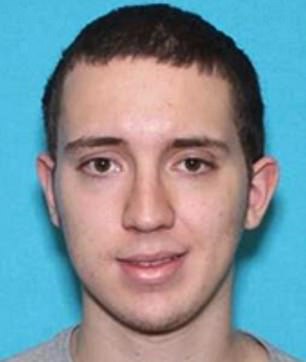 *GQ looks at previous post of Patrick* Huh, I hadn’t noticed the lopsidedness of the ears. I’ve never seen that before. Using the tools I have, he’s conformist in general society but screwball in his personal life. His lips changed significantly, too. A possible link to spiritual corruption?

His father’s book at least suggest that lengthy and rambling postings are in the family. 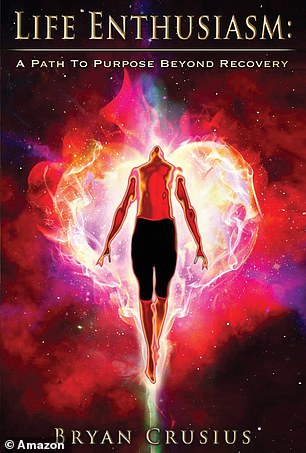 Dayumn, the kid might actually have a legit insanity plea if this was Daddy’s “how to raise kids” manual.

Crusius Sr, who now works as a licensed therapist and ‘energy and sound medicine practitioner’ in Allen, Texas, claims in the rambling memoir to have had a conversation with Jesus in a vision and had a spiritual encounter with his dead grandmother, Mabel.

The book, entitled Life Enthusiasm: A Path to Purpose Beyond Recovery, reveals how Crusius Sr struggled with mental health problems that impacted his four children – the son from his first marriage, Austin, who he left in California with his ex-wife Kathleen, and his three children from his second marriage to Lori – Patrick; his twin sister Emily; and their older brother Blake.

A teaser on the back of the $12.95 book’s cover says that before writing his memoir he had ‘descended into a profound and unsustainable apathy in which life no longer seemed purposeful or worthwhile’ after ‘thirty years of dependence on mind-altering chemicals’.