A quick one for the funny files.

First Rule Of A Gunfight: bring a gun.

Third Rule: Make sure your gun works before go-time.

New York City police released stunning video Monday showing what could have been a fatal encounter — except the masked gunman’s weapon jammed twice.

Stunning? They meant hilarious! You can hear him curse even with his face covered and no audio filmed by a potato.

Is ‘gunman’ even the correct term here? Wouldn’t he be a “useless chunk of metal-man”?

Police say the intended target was a 45-year-old woman. The would-be shooter was still being sought and it wasn’t immediately clear why he attempted to shoot the woman.

I searched for it on youTube by entering “South Ozone Park” and wow, that place be pimpin’ like Compton.

The gunman wore a black shirt over his face to disguise his identity, according to the station.

This is why Heritage Americans are superior to vibrants: there’s a time gap between “I want to rob that guy” and pulling out the gun. Time that can be spent on preparation, noticing security cameras and thinking about honest work. Vibrants be like Nike “just do it”.

The footage shows the man struggling as the gun jams a first time, stepping back for a few moments, then stepping forward again and pointing the gun at the woman — and ultimately running off when the weapon jammed for a second time.

“Thankfully the gun did not fire before the suspect fled the scene,” the NYPD said.

The footage shows the shirt falling from the man’s face as he flees.

And his pants off his dumb ass. 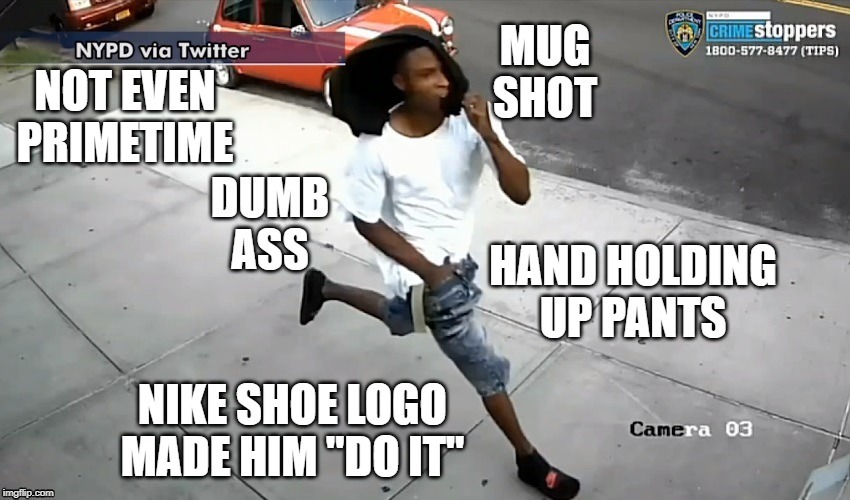 Oh, and he’s black. But maybe that just gets assumed in Queens.