And I’m actually sympathetic. There are valuable lessons here for would-be Good Samaritans.

A Florida man was arrested Monday after police say he caused a car crash and then used a Taser to threaten bystanders who’d gathered at the accident scene.

The Florida Highway Patrol said the incident began when Nicholas Wagner, 23, ran a red light in Port Richey and hit a car filled with teenagers, prompting several people nearby to rush over and offer help, according to WFLA-TV. 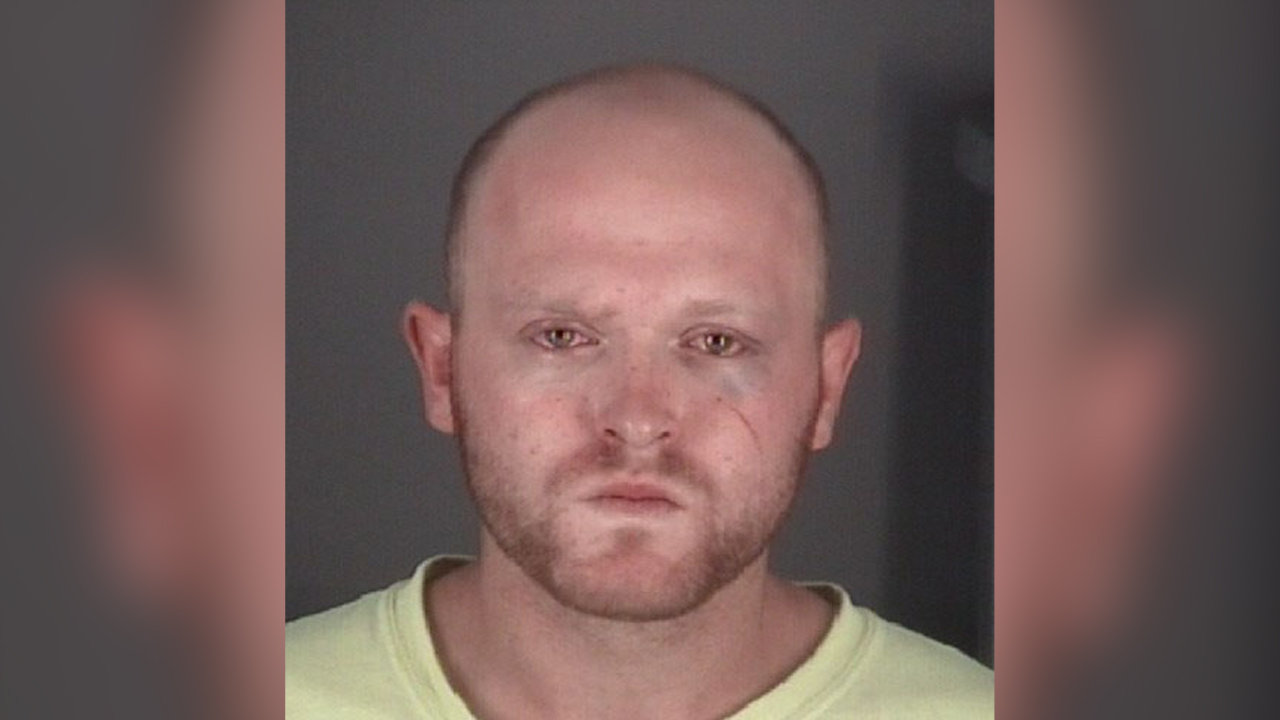 A face with remarkably small features.  When the ‘inner face’ of eyes, nose and mouth is smaller than the outer face of skull shape, it denotes a personality well-insulated from the outside world. Not meaning introverted or sociopathic, just that concern for others isn’t going to be a big emotional deal to him. It’s a useful attribute for high-stress jobs. His face generally being rounded, however, I’d guess his personality is emotional without caring much about others’ emotions.

Also, I think men with small mouths tend to be men of action. If they preferred to talk then their mouths would be more stretched out from exercise, methinks.

But Wagner reportedly became angry and started threatening the Good Samaritans with a Taser, according to the station.

“The person we arrested broke out a Taser, started threatening people with Tasers, started chasing people with the Taser, actually dry stunned one of the victims in the chest,” Pasco Sheriff’s Office spokesman Kevin Doll said.

Meaning it was a handheld taser, not a pistol-style taser.

Wagner told WFLA-TV, however, that the situation only deteriorated after one of the bystanders began yelling at his sister, who’d since arrived at the accident scene and whose car Wagner was sitting in trying to collect himself.

“He started getting vulgar with my sister and everything and that’s when I freaked out, I had a lot of anxiety,” Wagner said. “I was sitting in my sister’s car, he wouldn’t leave me alone.”

Rich Abbate, one of the people who Wagner allegedly Tased, told FOX13 News he and some of the others who’d gathered thought Wagner was going to leave the scene of the crash when they saw him climb into his sister’s car. Abbate said he doesn’t regret getting involved.

That explains the situation. The collision happened and Wagner quickly called family to help him out. He’d need a ride home, after all, and it’s a good idea to have somebody less emotionally agitated to take point and be clear-headed. Adrenaline causes tunnel-vision.

But when Sister arrived and Wagner sat down in the passenger seat, Abbate thought he was going to flee the scene and involved himself. Bad move. Wagner was already agitated from “I’m probably going to jail for hurting those two kids” and hearing Abbate accusing his sister tipped him over.

I don’t fault Wagner. His behavior is in line with who he is, it’s that simple. It shouldn’t be a crime to be a “man of action and few words”. What can we learn from this?

2. A Good Samaritan in this situation should ask “Do you need an ambulance? Do you want my help?” and if the answer is no then you’re done.

3. It’s never your job to detain people. If they act like they’re gonna run, note their license plate, clothing and time/direction and wait for the cops. Don’t be a hero.

Abbate tried to be a hero and then went on a feelz trip:

“This isn’t going to deter me in any way shape or form,” he said. “As long as there is a victim out there, I think I’ll do whatever I can to help.”

Wagner told WFLA-TV he only used the Taser out of self-defense.

“I was sitting in my sister’s car and he wouldn’t leave me alone and I ended up getting out of my sister’s car to tell him to pretty much back up, get away dude, I have problems,” he said. “That’s when this man kept going and kept going and I felt like he kept trying to come closer and closer to me and I zapped it. I never once touched the man.”

The zapping reportedly happened when Abbate put his arm up to “deflect the taser”. Which demonstrates that Abbate has led a very sheltered life.

I saw the video but it was so dark and grainy, you aren’t missing anything. This happened at night, by the way.

Police contend Wagner didn’t have the right to use his Taser, though, and he was arrested and charged with aggravated assault with a deadly weapon.

Correct, he didn’t have good reason. But that felony charge is overkill. The incident was obviously not comparable to a firearm discharge or knife cut. Wagner was understandably agitated and a Good Samaritan playing “I am the law!” was asking for a life lesson. No harm done in my opinion, and I hope Wagner gets the charge dropped on the Texas “he deserved it” defense.