It’s a Tradcon mistake to offer advice to one’s enemies, unless one does it to twist their petards upon their own rhetoric. For this lazy Monday, I twist the Pentagon’s petards with honest talk about how they can best staff their cybersecurity department. TL;DR hire the people you’re supposed to protect.

The Pentagon’s cybersecurity mission is facing a classic supply and demand problem: There’s a nationwide shortage of tech talent and an oversupply of jobs.

This leaves the Pentagon starved of the cyber-sentries needed to defend its digital networks as the nation’s top computer scientists and software engineers often choose careers in the private sector that offer fat salaries and generous benefits.

When Silicon Valley complains they can’t find tech talent at any price, it’s groundwork for lobbying to allow more Hindus into North America. They publish their complaints, then point to those very complaints for justification. I cheerfully assume this isn’t the case… that the Pentagon isn’t actively plotting to offshore American national security to India.

“They are so talented and in such high demand,” then-acting Defense Secretary Patrick Shanahan said of the Pentagon’s red team members, cybersecurity experts who test and defend Defense Department computer networks, at a Senate Defense Appropriations Subcommittee hearing in May. “We really get out-recruited.”

If there was ever a time the Pentagon would not want to lose the recruiting battle with the private sector, it’s now. The Chinese, Russians and Iranians have all hacked important aspects of American society since 2016. Moscow and Tehran targeted U.S. elections, and Beijing has hacked U.S. defense contractors, highlighting the Pentagon’s need for cyber-defenders.

Offensively, the Pentagon will also increasingly need tech expertise. The military soon plans to integrate artificial intelligence technology into its weapons systems, an endeavor that would give war machines advanced capabilities and rely on yet-to-be-implemented 5G wireless internet technology.

Comments like that make this article hard to take seriously. Our ‘weapon systems’ do not need ‘integrated artificial intelligence’. How would being hackable improve a laser-guided bomb? Only a bored and over-funded military needs to be on the cutting edge of tech anyway.

These tasks are monumental. Some of them may be done by entities on the Pentagon’s periphery, like defense contractors. Others, like those done by the red teams, must be carried out by the government.

Not monumental. This is a common situation. How does a company find quality employees? The lazy way is to throw money at the problem. It works, of course, but let’s assume you can’t outbid Citigroup for Mr. Cyber Wunderkind. General ideas:

1. Offer what your competitors can’t. In this case, offer white men protection from the institutional discrimination they face everywhere. Remember they designed and built those computer systems in the first place? Also, they have a much easier time qualifying for high-level security clearances than foreign nationals of countries notorious for theft and espionage.

If that’s too much then offer free legal services to get ex-wives out of recruits’ hair. You need to do this anyway because men desperate to see their kids again are security risks. Punish the perpetrator, not the victim.

2. Train talent in-house. As colleges ban males from getting higher ed, on-the-job paid education is increasingly the only way to get a real worker. It’s also good for loyalty; treat your employees like investments and they’ll want to give you a good return. If they aren’t from a low-trust, non-Western society.

Of course, it wouldn’t be the Pentagon if it didn’t opt for #3: Lower your standards and beg.

Capitol Hill knows this, and is nudging the Defense Department to create a pipeline from top U.S. universities to the Pentagon.

No! No! No! “Top U.S. universities” means the Socialist-Indoctrination Complex generally and the Ivy League specifically. Don’t tap your enemies’ newly certified minions for defending against your enemies!

But that pipeline will need to offer strong incentives to steer recruits with some of the highest-earning potential of all college students away from the private sector.

They even admit it won’t solve their problems.

“Students have many choices these days,” Sally Luzader, manager of corporate relations at Purdue University’s Department of Computer Science, said in an email. “So the top candidates, especially, have the luxury of being very selective.” 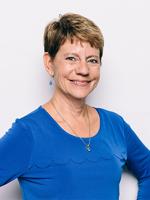 A feminist who, typically, doesn’t notice unsexy men. Yes, everybody is tripping over each other to hire Unix Barbie at any price. #MeCodeToo! But how about the men that manage to sneak through uni to a BS CompSci? I guarantee they aren’t deciding between multiple six-digit job offers.

“It’s hard to beat the pay,” said Sibin Mohan, a computer science professor at the University of Illinois, whose 2018 computer engineering graduates — the talent the Pentagon struggles to recruit and retain — earned an average starting salary of $99,741. 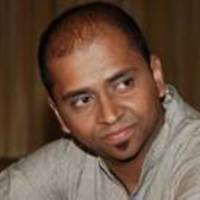 A Hindu. Getting the picture yet, Pentagon? The people you want, who do the job best, AND who aren’t making the megabucks, are WHITE MEN. These other people, demanding lots of money before they’ll offer you someone, they’re trying to cheat you.

Don’t believe me? Look though the trash bin of rejected applications, if you’re even allowed to.

That salary level for 20-something computer nerds rivals the top level of what some government workers earn in the Washington metropolitan area.

The government pays its employees according to its “GS” salary table, a 15-tier pay scale with 10 different salaries at each grade. The average Illinois computer engineering graduate from 2018 earns $569 more per year than a GS-13 Step 1 employee in the Washington area, with the maximum amount a GS can make in the capital being $166,500 per year.

West Coast companies like Amazon, Microsoft and Uber are recruiting these students well before they graduate, and the local climate is part of the draw. A lot of people want to live in California, “as opposed to say living in D.C.,” Mohan said.

Nobody wants to live in D.C.. And those nerds who go to Silicon Valley? They make six digits but live like they make four. There’s no outbidding to be done here. Just point out the blindingly obvious cost of living at job fairs.

Oh, right. The Beltway ain’t cheap real estate, either. Building a cyber campus in a cheaper place to live would be a good long-term way to attract talent. Why are tech centers so built-up, anyway? Tech is the easiest field for telecommuting.

But it is smaller tech firms that are escalating the bidding war.

“Startups are ready to pay extra money just to attract students away from some of these big names,” Mohan said.

That’s mostly a lie. Tech startups aren’t where the fat money is and the proof is they hire college grads instead of the experienced. Heck, they frequently offer stock options instead of actual pay; only newbies can run that kind of risk. However, this is complicated by the big names imposing real-deal slavery upon their workers.

And back on the East Coast, Wall Street quantitative trading firms are showering computer geniuses with cash to help shave lucrative nanoseconds off transaction times.

It’s a perfect description of America’s vulture capitalism that that is true. USA’s capitol isn’t D.C., it’s Wall Street, and has been since before the War Of Northern Aggression.

This is why I was initially resistant to the concept of an American Empire. If we were looting the rest of the world then where was the loot? ‘Murica hasn’t ever been overrun with filthy lucre stolen from other nations. The truth eventually came out, that the American Empire is an empire run for the benefit of a cabal THAT DOESN’T CARE ABOUT MONEY. They don’t even bother to rule the nations they conquer. American Empire is like a video game to them. They compete against each other to earn the highest score (in a bank account) then turn the game off and walk away to dinner.

Many cabalites don’t even retire with more than a gov’t pension. They just want to play God. Ours is the most meaningless, altruistic empire in human history.

In recruiting tech talent, the government simply can’t outbid the private sector. Luckily for the Pentagon, some of the country’s brightest college graduates aren’t solely motivated by money.

“I know students who’ve had offers from the Wall Street firms, a decent amount of money, and turned it down because they were not excited about it,” Mohan said. “If the government agencies show them the cool work that can be done, then some students might be attracted to it.”

So-called “cool” work for recent grads could very well be their deciding factor between jobs. Those jobs could include the short-staffed red teams at the Pentagon and other cybersecurity roles across the government.

“Students often want to work on ‘cool’ projects,” Luzader said. William Crumpler, a research assistant at the Center for Strategic and International Studies who has studied the federal cyber workforce gap, said government cyber programs need to “focus on the coolness factor.”

The CIA has a really useful acronym for classifying motivation, MICE. Money, Ideology, Coercion, Ego. These recent grads are refusing Money and without being Coerced. Fun work would qualify as Ego and frankly, I’d use Coercion to recruit before intentionally hiring either prima donnas or (in the context of gov’t work) God complexes.

I bet some of those grads simply have consciences. Who wants to shave nanoseconds off George Soros’ insider trading and make a living by stealing the retirements of strangers? And that’s the mindset that any high-level security outfit should be looking for.

So, Pentagon, here is my final solution for hiring new talent. Change the organization’s name from Red Teams to Sheepdogs with the slogan “We hunt evil.” Then hire white men exclusively, which will both improve working conditions (white male coders know much more than they want to about the politics of vibrancy) and prevent Muslims, Chicomms and other foreign threats from planting their freakin’ coworkers among your spycatchers.

But you won’t. My country is dying for no other reason than you won’t take my advice. You won’t prioritize your nation’s survival, you won’t recognize the concept of evil and you won’t believe men and women are fundamentally different.

By this logic, the Pentagon would do well to shed its stiff, top-down image, which some veterans say is a myth.

“I’ve been lots of places that are not the military that were way more rigid than my experience both at the [U.S. Naval Academy] and onboard a submarine,” J.P. Mellor, a Naval Academy graduate and head of the computer science and software engineering program at the Rose Hulman Institute of Technology, said. “There was plenty of room [in the military] for my creativity.”

Mellor left the Navy decades ago, but sees ample room for innovation on the Pentagon’s red teams.

“That’s a super-creative activity,” Mellor said. “You have to try figure out what could go wrong here or how can I turn it on its head?”

Morons, are you TRYING to avoid Ideologically-minded recruits? You keep appealing to Money and Ego and aren’t allowed Coercion, but in the length of this article Ideology never once pinged your radar.

Mohan agrees, saying working on teams tasked with testing network security — hacking, essentially — “becomes a bit of an art and not completely a science.”

It’s true. Who needs mad haxxor skillz when you can break into your enemy’s data vaults just by being the first arrogant, ethnic minority certified in data theft to show up for the job interview. “Somebody else will pay me. I’m just having fun with you.”

Facepalm. Either recruit for correct ethnicity & ideology and you won’t have to worry about money, or don’t bother trying to defend America. Why pay the wolf to eat the sheep when the wolf will do it anyway?