Quillette journalist Andy Ngo being attacked at the latest Portland Antifa rally made me suspicious from the story’s breaking. For starters, he’s a journalist and he put himself in danger. I can respect a guy taking risks as part of his job but pardon me for not being outraged if the Law of Averages kicks in. Especially for journalists, who have done more than any other group to incite exactly these situations. You wanted Socialism unchained from Christian notions of morality and you got it; don’t cry to me because you didn’t know, despite all precedent and recorded history, that Godless morality plays take the form of backstabbings.

Then Ngo swiftly achieved victim status, which is something never granted to any potential ally of mine.

And now, to my total lack of surprise, I learn that Ngo is an out-and-proud homosexual. One faction of Socialists beat up on a different faction.

Sic semper, all ye Godless. You deserve each other.

If You Don’t Stand Up for Andy Ngo, You Could Be Next

Last week, James Fields got life in prison for the 2017 murder of Heather Heyer in Charlottesville. As far as I’m concerned, he got off light. Considering he committed his crime in a death-penalty state, he should consider himself lucky that he gets to live out the rest of his life on the taxpayer’s dime. I would’ve sentenced him to the needle, but I guess that’s because I’m a fascist.

As far as I’m concerned, Fields was railroaded, forced to try for an insanity plea because he apparently wasn’t allowed to present this in his defense: assistant professor and Antifa member Dwayne Dixon admitting on camera that Fields rammed the crowd immediately after Dixon pointed a rifle at him.

I don’t know a lot about Heyer’s political views, but I know she didn’t deserve to be hurt or killed for them. Most Americans would agree, or at least I hope so. But a lot of the same people who were rightly outraged by Heyer’s murder are now celebrating another act of political violence.

Deserve’s got nothing to do with it, although if we Patriarchy Rapists had had our way, she would have been painting toenails with girlfriends while watching her kids play instead of chanting slogans in a crowded alley.

This weekend there was yet another Antifa protest in Portland, against whoever those idiots think they’re protesting against, and there was yet more violence. This time the victim was journalist Andy Ngo. Ngo has been reporting on Antifa’s activities for several years, and they’ve repeatedly harassed and threatened him. But nothing like this….

An organization with a reputation for violence, that repeatedly threatened and harassed Ngo specifically, finally made good on their threats when he walked alone near a crowd of them wearing masks with no police around while carrying expensive camera equipment. The only news story… is that this is a news story.

Ngo forgot the three rules of safely attending an Antifa rally in a liberal stronghold:

1. Do not attend the rally.

2. Wear a motorcycle helmet, or at least a hard hat. Even though your brain is faulty enough to ignore Rule 1, it’s the only brain you got.

3. When the police walk away, it’s time for you to walk away, too, immediately and in the same direction. Don’t hesitate just because you got a sudden feeling that something interesting is about to happen.

What you just saw was a pack of privileged white dudes in masks beating up a smaller guy who’s a minority (Ngo is Vietnamese-American) and a member of the LGBTQ community (he’s gay). 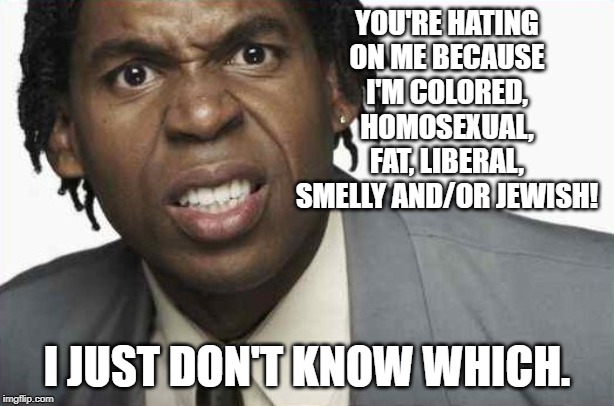 Those damn white Nazis, always dressing like Antifa! News flash, Portland is sufficiently demographic-white… and generally privileged… that “privileged white dudes” is like calling a resident of Port-Au-Prince Rastafarian.

These cowards punched him and threw things at him in the middle of the street, in broad daylight, because they knew the cops wouldn’t stop them. [GQ: Rule 3] It might as well be Alabama in the ’50s. The only difference between Antifa and the Klan is fashion.

I thought PJ media was a mainstream-conservative media outlet. Guess not, but does this guy suspect how many of his readers think of ’50s Alabama as the good old days? More every day.

Before that, Ngo was the target of the utterly depressing, infuriating phenomenon known as “milkshaking”. [GQ: Rule 2] Apparently, in liquid form this cement can cause severe chemical burns because of the quicklime in it. If this is true, then this was basically an acid attack.

I get my hands dirty with cement enough to doubt that. As reported to/by law enforcement, Antifa uses cement, raw eggs and various corrosive fluids in its “milkshakes”. So, it’s not the cement specifically but it does qualify as an acid attack. The cement probably just makes it hard to wipe off.

And even if it was just a regular syrupy semi-frozen drink, this demonstrates why milkshaking isn’t just harmless fun to humiliate your enemies. Ngo got milkshaked twice as he was livestreaming:

But it didn’t stop him from recording what was happening. It didn’t make him do what they wanted. So they escalated. It’s broken windows theory: If you allow people to push the boundaries of acceptable behavior, they’re not going to stop with relatively minor offenses. If they see that they can get away with something small, they’ll try to get away with something bigger. Lawlessness encourages greater lawlessness.

This author being a Leftie, he’s got no clue what “acceptable behavior” is. That’s why Godlessness always results in violent anarchy, because you can’t have an impartial standard of behavior without an impartial source of standards. 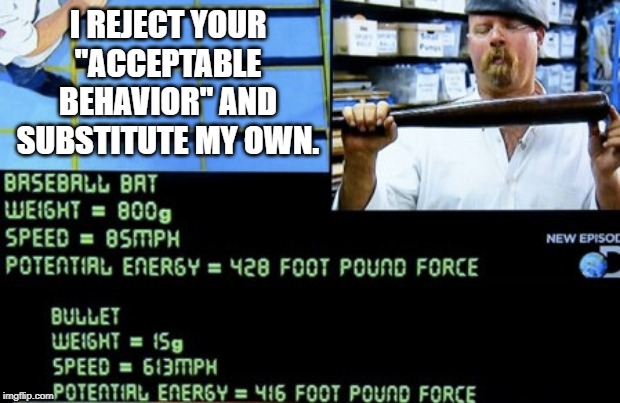 And on top of the attack itself, now Ngo is dealing with all the alleged “journalists” who are mocking and/or dismissing it. They hate Ngo because he wrote some stories they didn’t like, or he expressed some opinions they think are bad.

I would totally care about Ngo & friends being hated if the homo community hadn’t first hated me for Christianity. I don’t fault them for it, the wicked will always hate Christ, but I get the giggles when their own turn comes.

They say he should’ve known that Antifa, who are considered the good guys by lefty journos, are feral savages and would turn on him.

They say the gay, 5’5″ Asian guy tricked those black-clad heroes into putting him in the hospital because he wanted attention.

I wouldn’t be surprised, not since Jussie Smollett. Truth became less important than winning, now we look for lies at every turn. Kind of like how gender became opinion instead of biological fact, and now gender reassignment surgeries are being forced on little kids.

This attack reminds me of Eric Clanton, the anarchist and community-college professor who was caught on film at a protest in April 2017 hitting a guy over the head with a bike lock. He was identified even though he was masked up. When everybody is recording every second of these protests and putting it up on the Internet, it’s a lot tougher to hide your identity while you’re breaking the law. Guess what, geniuses? You’re not Batman.

I don’t see the parallel. Remember Eric Clanton’s victim? The one who became a brief media celebrity within hours of the attack? *crickets*

That we even know Ngo’s name this early is proof he has defenders inside the Narrative.

Political violence is wrong, whether it’s committed by Antifa, or the Proud Boys, or the Daughters of the American Revolution, or whoever loses their minds next.

Daughters of the American Revolution? Seriously?! 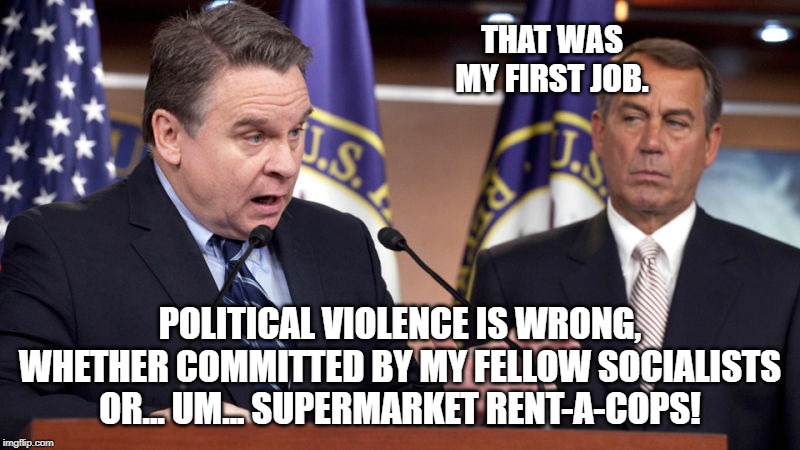 As Richard Fernandez notes, this isn’t going to stop with Andy Ngo. It’s only going to escalate. Once you normalize milkshaking, and spitting on people in restaurants, and standing outside a guy’s house with a bullhorn because he said something on TV that hurt your feelings, that’s not going to be enough anymore. Anyone who refuses to submit, refuses to do what he’s told, will be fair game.

Us Heritage Americans are exactly the wrong people to say that to, Chuckles. Welcome to our world. Your friends have been treating us like that for many years. We were the innocents they practiced on to refine their methods. Now it’s your butt-buddy’s turn to get doxxed and robbed and beaten? I’m gonna order myself a milkshake and laugh myself sick at you being outraged that Leftism, like your friend, swings both ways.

We should all be as lucky as Andy Ngo, to live in the exact world we demand.

One thought on “No, We Could NOT Be Next After Andy Ngo”