And honestly, I can’t say they’re wrong on this one. Look at the Canadian Elites pushing this theory and tell me you don’t want to slam a fast one into your screen: 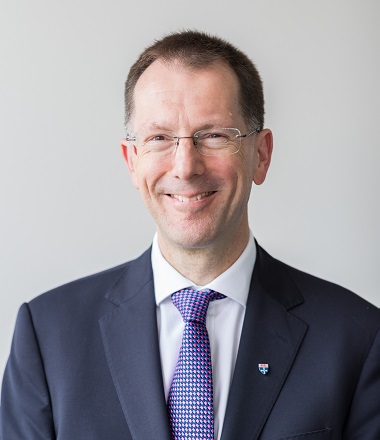 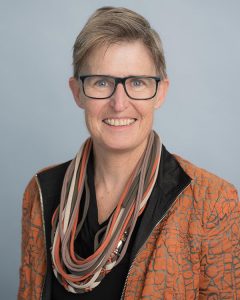 Professors David Burns (above) and Joy Butler (below).

[Preamble: Thousands of academics are gathering in Vancouver for the annual Congress of the Humanities and Social Sciences from June 1-7. They will present papers on everything from child marriage in Canada to why dodgeball is problematic. In its Oh, The Humanities! series, the National Post showcases some of the most interesting research.]

The games children play in schoolyards are famously horrible, if you stop and think about them.

It’s true! What begins as Cowbows and Indians ends up as LAPD and Indians. An off-duty cop just wasted a family from Calcutta in a Riverside, CA Costco. Details are still emerging but it seems the cop was protecting his young daughter from a “mentally disabled gentle giant” of a Dot Vibrant. Link here for the interested…

…but you know it all started when that cop learned the pleasure of hurting people while playing dodgeball as a kid.

Tag, for example, singles out one poor participant, often the slowest child, as the dehumanized “It,” who runs vainly in pursuit of the quicker ones. 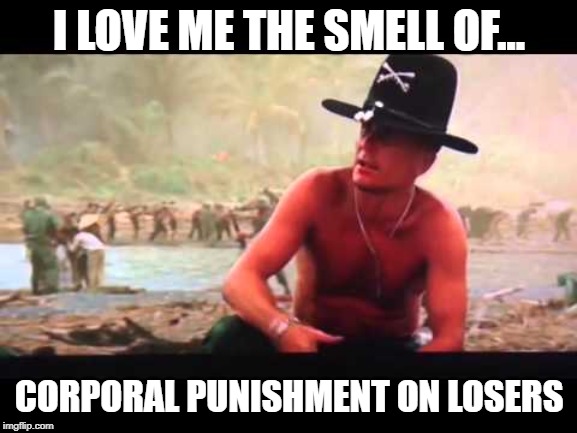 But none rouse the passions of reform-minded educational progressives quite like dodgeball, the team sport in which players throw balls at each other, trying to hit their competitors and banish them to the sidelines of shame.

When the Canadian Society for the Study of Education meets in Vancouver at the Congress of the Humanities and Social Sciences, a trio of education theorists will argue that dodgeball is not only problematic, in the modern sense of displaying hierarchies of privilege based on athletic skill, but that it is outright “miseducative.”

Dodgeball is not just unhelpful to the development of kind and gentle children who will become decent citizens of a liberal democracy. It is actively harmful to this process, they say.

Dodgeball is a tool of “oppression.”

It is not saved because some kids like it, according to an abstract for the presentation, led by Joy Butler, professor of curriculum and pedagogy at the University of British Columbia.

“As we consider the potential of physical education to empower students by engaging them in critical and democratic practices, we conclude that the hidden curriculum offered by dodgeball is antithetical to this project, even when it reflects the choices of the strongest and most agile students,” it reads.

This “hidden curriculum” in dodgeball is far more nefarious than your average gym class runaround. Dodgeball is “miseducative” because it “reinforces the five faces of oppression,” as defined by the late Iris Marion Young, a social and political theorist at the University of Chicago.

As Butler’s abstract describes it, those “faces” are “marginalization, powerlessness, and helplessness of those perceived as weaker individuals through the exercise of violence and dominance by those who are considered more powerful.” Young’s list of these fundamental types of oppression also includes exploitation and cultural domination.

Or you could, y’know, try harder. Maybe practice. Run a few laps.

The audience for this argument is primarily teachers, including gym teachers, who are identified as part of the problem, for not acting on values they otherwise understand and claim to hold.

You’re doing it again: trying to tattle on people who are physically much more capable than you. Gammas never learn.

“Despite the fact that many physical educators understand their vital role in helping students develop robust, equal, productive relationships and critical awareness, their practices on the ground do not always reflect this agenda,” the presenters write. “We suggest that this tension becomes sharply visible in the common practice of allowing students to play dodgeball.”

It is a familiar criticism, though not one typically phrased in the dry, footnoted academic prose of education theory, let alone with reference to ancient Greek philosophy of ethics.

For example, when Ben Stiller and Vince Vaughan teamed up for the 2004 slapstick comedy Dodgeball: A True Underdog Story, they included a scene with Hank Azaria as Patches O’Houlihan, billed as the Wayne Gretzky or Michael Jordan of dodgeball.

“Remember,” O’Houlihan tells a boy keen to learn the game. “Dodgeball is a sport of violence, exclusion and degradation. So, when you’re picking players in gym class, remember to pick the bigger, stronger kids for your team. That way, you can all gang up on the weaker ones, like Winston here.”

Mein Gott! A slapstick movie accurately summed up the entire history of humanity since ancient Greece in half a paragraph!

Winston, a stereotypical nerd, gets a laugh here when he gets hit in the head and his glasses fall off. For many students, this is the miserable experience of schoolyard dodgeball.

I never saw the movie but wild guess here, Winston didn’t cry, crawl off, nurture a grudge for half his life and earn a PhD in order to sicc the thought police on the entire nation’s gym teachers in retaliation for the childhood slight.

For teachers trying to foster the virtues of caring and inclusion, on this view, dodgeball is counterproductive.

When the fascists are right, they’re right. And here, they’re totally right.

Sport can teach ethical behaviour and give students the chance to practise it and, in this sense, it is important training for citizens in a democracy.

How is tagging the fat, slow, weak child as “It” any different than the majority voting the minority into oblivion for selfish gain?

This goal is impeded when cruelty, oppression and violence are built into the rules. Games become more like cruel initiation ceremonies into a brutal world in which might makes right. As O’Houlihan puts it, before he starts throwing wrenches at his players as a form of training: “If you can dodge a wrench, you can dodge a ball.”

News flash, that was a movie scene. Not real life.

The problem with such a sink-or-swim view of physical education is that, at school, games are not just for fun. They are often deliberately chosen as part of a broader education strategy that is meant to align with other aspects of a student’s moral and physical development.

By offering models of good and caring behaviour, confirmation of their value, and practice for incorporating them into one’s own life, games can be training for the virtuous life, said David Burns, professor of educational studies at Kwantlen Polytechnic University, who contributed the parts of the presentation that refer to Aristotle’s philosophy of ethics.

Crying to Mommy is not training for a virtuous life. Sportsmanship and healthy competition are. Aristotle knew as much. What’s he got to do with this?

Aristotle was an ancient Greek philosopher whose work reflects a concern with how games, songs, poetry and art say something about who we are and the way we ought to be.

Fun for fun’s sake is good, Burns said, but when a teacher is formally telling students rules for a game, fun can also reinforce behavioural patterns, for good or ill. The moral problem with dodgeball, he said, is that it encourages students to aggressively single others out for dominance, and to enjoy that exclusion and dominance as a victory.

“Within a game,that’s largely harmless, but within an educational experience over time, you might be nurturing the wrong thing,” Burns said.

Professor Burns, had you complained that your face resembles a dog’s shaved hiney because of all those blows to your head in childhood then I would have had sympathy. Nobody deserves to go through life with a face like this: 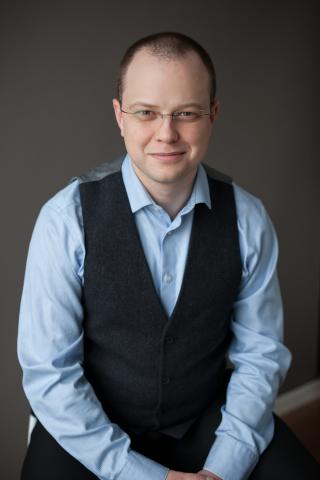 Except you, because you disrespected Aristotle.

These people who want dodgeball banned, they are not normal, healthy people. They are very sick in the head. Christ Jesus warned us about them when He taught: 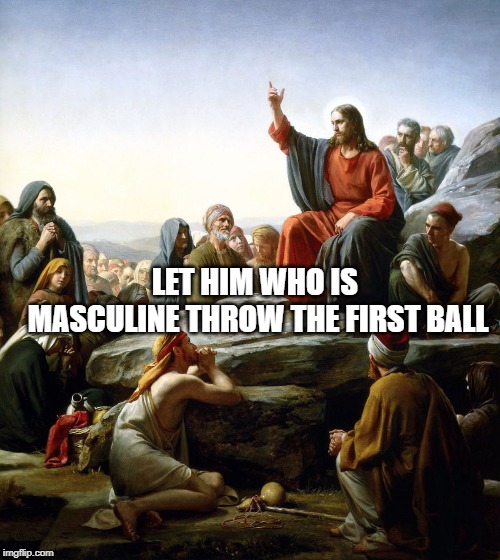 One thought on “Dodgeball Is the MK-ULTRA Of Patriarchy”