I was going to trash-bin this one but the last post had questions about links between physiognomy and drugs or personality disorders. The face tends to reflect emotions rather than behaviors specifically so by the time physio gives a hard positive on psycho, it’s generally redundant with an observer’s untrained instincts. By way of example, today we have poor Isaac.

Vox Day turned me on to the suspicious death of Isaac Kappy, a Hollyweird B-lister who tried to expose industrial Hollywood pedophilia then committed suicide in rural Arizona. Was it suicide? Arkancide? Can physiognomy and amateur criminology give an answer? 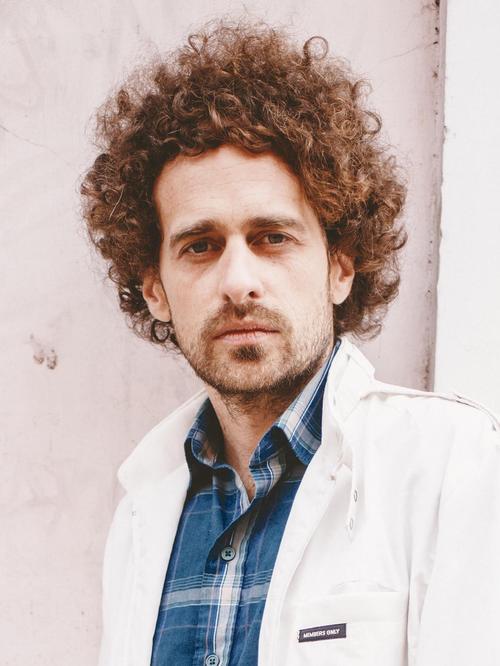 Frizzy hair is an easy indicator of disorderly thoughts and Isaac is a cracker with an Afro. His hair is also naturally very curly, considered a sign of high libido.

A hilarious picture but it shows the flat-bottomed, “Abe Lincoln” beard he adopted either later in his career or more likely, between acting gigs. The latter would explain the scraggly beards he sports at other times, if his work required him to frequently shave it off. In physiognomy, facial hair is either voluntary face alteration or cultural style. The Abe Lincoln is not popular so the latter is ruled out. A square, jutting chin indicates confidence and aggression–many cops are square-chinned–so that’s the look conveyed by the Abe.

His beard is probably Isaac’s effort to convey confidence and masculinity in order to offset the boyishness of his poofy, curly Afro. I wonder if he ever tried to shave his head… no pics, so his hair might have typecast him. 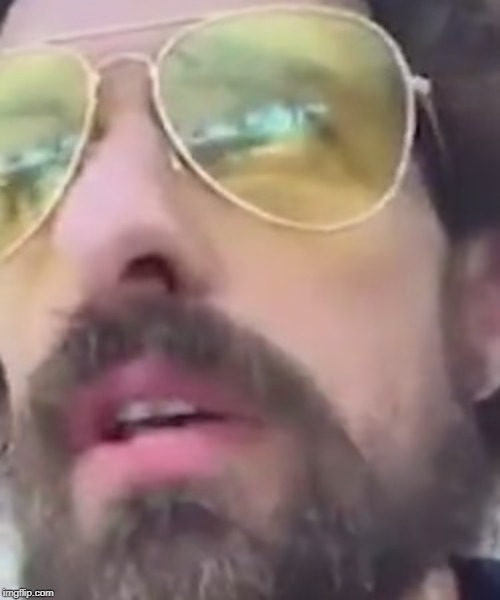 At long last, a nostril selfie! Although I had to pic-grab it off a video rant. Triangular nostrils indicate a distrustful temperament.

Disorderly hair indicates disorderly thoughts. It looks like he developed the “cutting pupils” eyelids towards the end. It can indicate active drug use (as in currently under the influence) instead of sociopathy. That’s a trivial difference so I hadn’t bothered to share it before (either way, you really want to avoid them). In this context, however, it suggests Isaac was in a drug-fueled death spiral.

The oversized aviator glasses are a cultural affection. They were popularized by California celebrities as a way of disguising themselves in public. It no longer works but has become the style because it’s what the popular people were doing. Here, notice they aren’t dark enough to hide Isaac’s face so anonymity is not his reason for wearing them. If he really is doing serious drugs then blocking out bright light wouldn’t be unexpected behavior.

Isaac Kappy, the “Thor” actor who choked Paris Jackson and accused Steven Spielberg of abuse, has died after jumping off of a bridge in Arizona. Kappy’s death was confirmed in a statement from the Arizona Department of Public Safety on May 14. Kappy killed himself on May 13.

The ADPS said that troopers were called to milepost 185 at Transwestern Road at 7:26 a.m. after hearing reports that a man had jumped from a bridge over the interstate in Bellemont, Arizona, and had been hit by a car. At the time of his death, Kappy was 42 years old. Bellemont is located around 10 miles west of Flagstaff.

I-40 being the only reason for Isaac to be in the area, this sounds like an impulsive, probably drug-fueled, suicide. Had he been kidnapped from Beverly Hills or wherever by the Kiddie Diddle Mafia, there are many rural overpasses before one reaches Arizona. No need to make a Federal case by crossing state lines.

The day before his death, Kappy posted a lengthy, rambling statement to his Instagram page. Kappy began by saying that the had come for “some stark revelations” about his character. Kappy said that despite believing himself to be a good person, the truth is that he had “not been a good guy.” Kappy said that he has used people, owed money, dealt drugs and “abused” his body with narcotics, cigarettes and alcohol.

No red flags. Welcome to Hollyweird.

In another section, Kappy makes reference to the “Q movement.” Kappy says he is “so sorry” for having “brought shame upon the greatest military operation of all time.” Kappy says that he outed pedophiles who were former friends but that he “remained in their sphere for much longer” than he should have.

Kappy makes a direct reference to President Donald Trump saying, “I have told people in the Trump administration that I am willing to admit to my many crimes in a public setting, and committed to execution, in a public setting. A nation cannot suffer its traitors, and I am no exception.” Kappy concludes by saying that he squandered his talents and that he has “betrayed” Jesus.

Human psychology is weird in that people, particularly the weak-minded, tend to orient themselves around persons rather than ideas. Kappy no doubt exposed himself to a lot of institutional evil and in rejecting that, he turned to Trump and “Q movement” as the only plausible alt-leaders. A hope that the Good Guys were working to defeat the evil he found himself surrounded by. That Trump isn’t actually our savior on a white horse is less important than his being a symbol of opposition. Ditto Qanon, which is a colossal, increasingly obvious troll.

The only interesting bit is claiming he “betrayed” Trump and Jesus. My guess, which will probably always remain a guess, is that Isaac visited old friends out-of-state, relapsed into drugs and whatever foulness he’d previously associated with and suicided in contrition and guilt.

The Arizona Daily Sun reports that two teenagers who were driving close to where Kappy took his own life, attempted to physically restrain him. Arizona Department of Public Safety told the Daily Sun, “We don’t know why Mr. Kappy took his own life.” Local authorities have described Kappy’s case as closed. There were no other injuries as a result of Kappy’s actions.

This clinches Isaac’s death as a suicide. There were witnesses despite the remote location.

Hollywood actors aren’t the most stable specimens of humanity at the best of times. Isaac’s decline and ultimate fate is, in that context, not even noteworthy. We at least have hope that he died as the thief on the Cross did, repentant at the end of a badly spent life.