Get your boners ready, young lads! Here it… 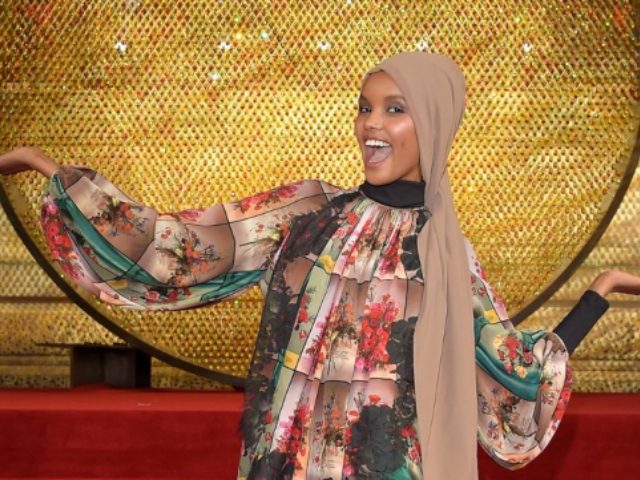 …comes. Ugh, what is that? A quilted mannequin?

For the first time, the Sports Illustrated swimsuit issue has featured a model in full burkini and hijab.

Halima Aden, a Somali immigrant who came to the U.S. when she was seven and who was born in in the African nation of Kenya, was photographed at her birth nation’s Watamu Beach by photographer Yu Tsai.

“I keep thinking [back] to six-year-old me who, in this same country, was in a refugee camp,” Halima said. “So to grow up to live the American dream [and] to come back to Kenya and shoot for SI in the most beautiful parts of Kenya–I don’t think that’s a story that anybody could make up.

They’ve taken away our whores! This means war!

Halima made news when she became the first contestant to wear a hijab on the Miss Minnesota pageant. She became a semi-finalist and earned a contract with the IMG Modeling agency.

Since joining the agency, Halima has appeared on the cover of Vogue, has been featured on the catwalk at New York Fashion Week, and was included as a UNICEF ambassador.

SI Swimsuit editor MJ Day insisted that beauty “knows no boundaries” and that Muslim modesty can also be beautiful.

I could describe MJ Day… but here’s her bikini pic off Instagram: 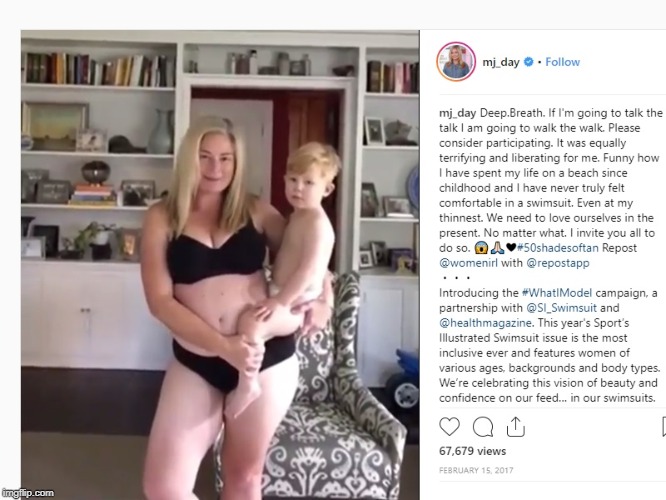 “I admire Halima,” Day said, “and I consider her an inspirational human for what she has decided to use her platform for and her work with Unicef as an ambassador. She is, in my opinion, one of the great beauties of our time, not only outside but inside. When we met, I was instantaneously taken by her intelligence, enthusiasm, and authenticity.

“We both believe the ideal of beauty is so vast and subjective,” Day concluded. “We both know that women are so often perceived to be one way or one thing based on how they look or what they wear. Whether you feel your [sic] most beautiful and confident in a burkini or a bikini, YOU ARE WORTHY.”

Churchians have railed against the SI Swimsuit Issue for many years. Turns out, the way to kill it isn’t shaming the men. It’s including some “after divorce” pictures then bragging about how desirable-but-absolutely-not-a-sex-symbol a Kenyan migrant in a Muslim pantsuit is to America’s young men.

How can they be this colossally stupid? Do they WANT us ordinary men to root for an extinction-level asteroid impact? They chop our dicks off and tell themselves we like it.