UCLA celebrates “Sex Week” by testing the waters for a Bachelor’s Degree in Exotic Dancing. I approve. There’s no more effective and honest way to teach what women think of as “biology”. This should free up a lot of laboratory space for men while helping women pay off the ever-inflating costs associated with the YuGo To College, Girl lifestyle. Get your popcorn ready!

Students will pole-dance to find their inner power on Friday, said TaMisha Greathouse. In honor of this year’s Sex Week…

…a beginner pole-dancing class will be held in Kerckhoff Art Gallery. Hosted by the UCLA Sexual Health Coalition and UCLA Housing, the event is targeted toward students who have not previously pole-danced. Greathouse, co-chair of Sex Week, said students are encouraged to enter the space with any motive they choose, whether that be improving fitness or exploring their sexuality.

“The goal with pole is to get in touch with yourself through movement,” Greathouse said. “We want students to leave with a better understanding of their self and more confidence for themselves than they came in with.”

This must be her daily mantra of “I am not a whore. I am not a whore.” Pole dancing is even worse than belly dancing for intentional, hormonal voyeurism. No girl who “tries out” the pole is thinking about quietly enjoying an evening to herself with a more space-efficient hobby than yoga.

Instructor Candace Cane, who has been teaching pole classes since 2013 at venues around Los Angeles, said she plans to begin the class by allowing students time to get acclimated to the pole. They can then discuss any emotions the apparatus might elicit, from fear to excitement. Initiating open lines of communication will be effective in developing confidence, Greathouse said.

Elle Mendelson, a first-year molecular, cell, and developmental biology student, said she is attending the event because pole-dancing has many unacknowledged merits, including sexual empowerment and combating objectification. 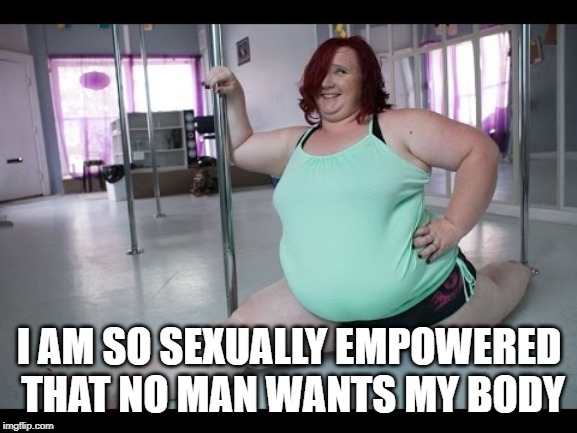 Though pole-dancing can be thought to increase objectification, Mendelson said it actually decreases it by highlighting that women can be sexy, but are also human beings with emotions and personalities. Having had body dysmorphia for as long as she can remember, Mendelson said pole-dancing might help her move past her insecurities because the classes provide a safe space in which she feels a sense of belonging.

“Having a pole-dancing class available to students gives them a way to take control of the way they present themselves, and in that way people are able to take back the objectification,” Mendelson said. “People are able to be like, ‘Hey, I am here, and I am sexy and a human being.’”

She wants to attract the Alpha and repel the Beta. That’s the “taking control” mentioned here.

That was an ad link I included because you wouldn’t believe me if I said California’s flagship University of California, Los Angeles had a professional Sex Squad teaching the students how to… laugh. 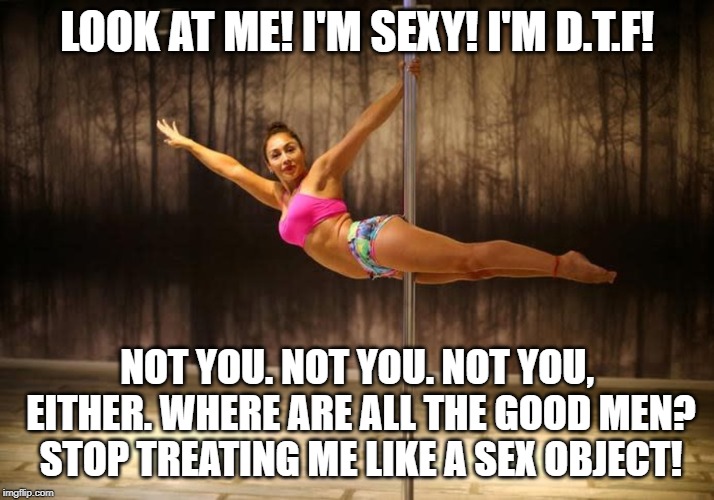 Meanwhile, Greathouse hopes to convey the idea that pole-dancing is not a method of pleasing other people, but a form of self-expression. There are acrobatic and aerobic aspects to pole-dancing despite its sensual roots, she said. She hopes the class will help eradicate the negative stigma surrounding pole-dancing, including the ideas that it only occurs in strip clubs or is restricted to promiscuous people.

She just shot down the one good aspect of universities teaching pole dancing, that it’s a marketable, in-demand skill that can pay off student debts so quickly that the IRS might investigate.

“Pole-dancing is for anyone, at any age, with any body type or any gender affiliation. Literally, if you have limbs – even if you are missing a limb – you can still pole-dance,” Cane said. “People with only one leg, one arm, women, all genders, robust women, small women – everyone is able to pole-dance if they allow themselves to.” 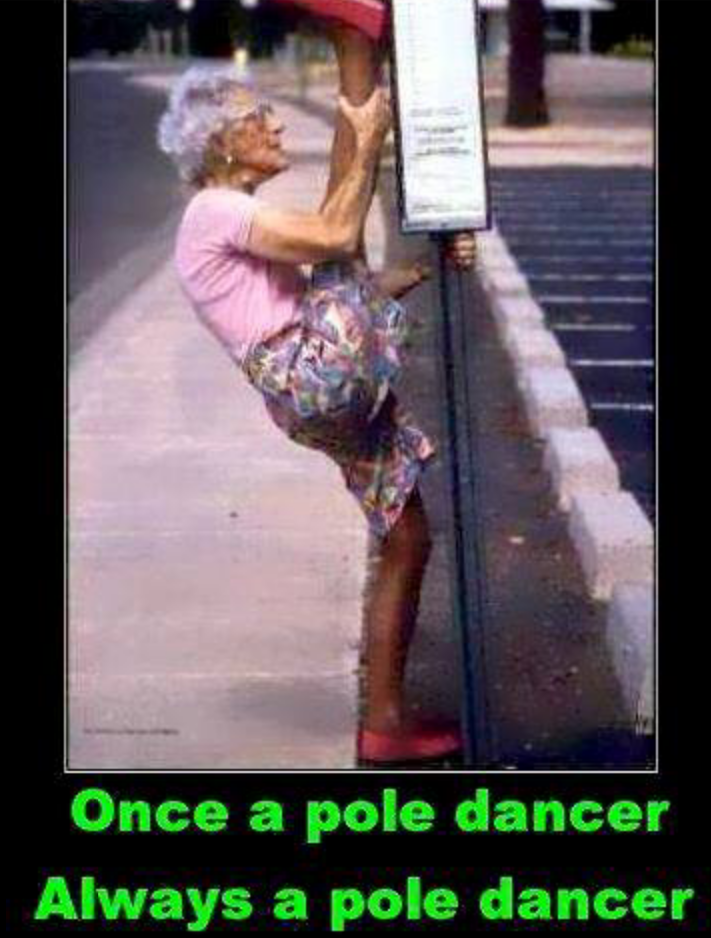 If you ever see me dancing on a pole, it’ll be because the rebar wasn’t safety-capped at the construction site when I slipped off the edge.

Public education needs to be shut down immediately and permanently. It’s been compromised by circus freaks at every level.

One thought on “Shake Your Money Maker Degree”