At long last, Arkhaven Comics has shed its inaugural habits of Disneyesque kung-fu princesses and emphasizing political statements over plot and background. Alt-Q is a real achievement, offering a story that can be enjoyed on its own merits. A welcome change if, like me, you like to read to escape from modern life rather than to virtue-signal Right or stockpile tiny land mines about the house to shorten the visits of the easily triggered.

The first issue of AHQ introduces us to Roland Dane, a Treasury agent who runs afoul of a mysterious conspiracy and swiftly ends up presumed dead and short on friends. Most of the associated cast don’t last long, as one would expect from the synopsis, but the authors still manage to create three-dimensional characters with limited working space. This is a welcome change from Alt-Hero’s habit of starting in media res with no satisfactory explanation of how so many superheroes have gotten halfway through life undetected by superhero-seeking authorities, or even who they are as the ordinary people they’ve presumably lived as. I’m sure I learned Dixie Girl’s name at some point but there’s just no character to attach it to.

The artwork is also excellent. Many comics I’ve read in recent years are either too poor, too stylish or simply too cramped to communicate settings and action sequences. AHQ threads the needle and the story’s presentation flows smoothly.

There are a couple minor issues, for example the name Roland Dane should be attached to a bearded Viking rather then the clean-cut squarejaw the comic presented. Probably a result of trying to establish the character via name choice; that’s reasonable for a short story but in the long term, such choices tend to restrict freedom of character development. Still, Roland Dane is less heavy-handed than introducing Alt-Hero’s Michael Martel by showing him cracking Muzzie rape gang skulls. That character was born in a literary straitjacket.

I look forward to the next issue of AHQ much more than I did for Alt-Hero and recommend its purchase to comic lovers who perhaps are not fully on-board with alt-Right politics. Roland was left in a bad situation with Q-uestionable allies (sorry, couldn’t resist) and a good storyteller always leaves the audience wanting more. 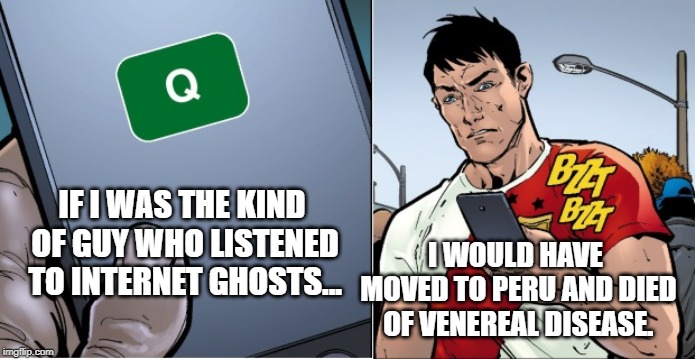