According to the university’s website, the nickname “Colonials” came into use in 1926, and “George” has been its mascot since 1948.

But students “voted narrowly in favor of a controversial referendum calling on GW to abandon the Colonials nickname, with 54 percent of voters supporting the effort,” the Hatchet campus newspaper reports.

“The use of ‘Colonials,’ no matter how innocent the intention, is received as extremely offensive by not only students of the University, but the nation and world at large,” the petition read. “The historically, negatively-charged figure of Colonials has too deep a connection to colonization and glorifies the act of systemic oppression.”

Morons. Hate for “White colonialism” has reached the point of hating white colonists who resisted rule by a European nation. They probably don’t know that the American Revolution was the one that showed many other ruled peoples that it was possible.

The petition had suggested alternatives such as hippos, riverhorses and revolutionaries. 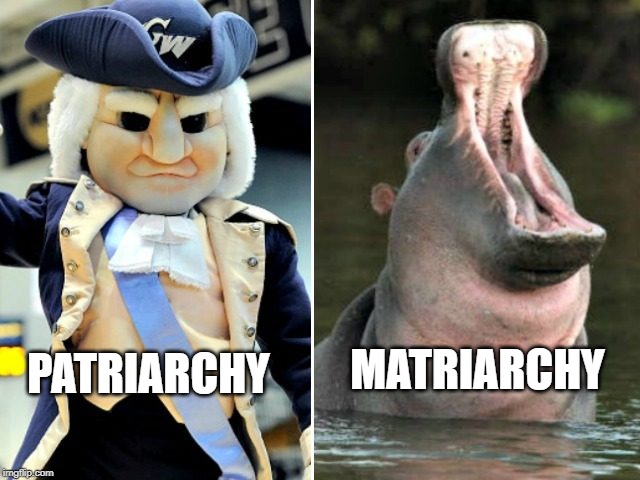 Yes. Please, God, YES! Make them name themselves after a mammal so fat that it spends most its life in the water just to take the weight off its limbs.

Administrators, who likely have the final say on any change, have yet to weigh in publicly on the referendum results. However, campus leaders have already been weighing the issue.

What the administrators should do is expel every student who signed the petition, then expel every administrator and professor who supported the petition, then circulate a petition objecting to the mass expulsion. Then, have a second mass expulsion of the people who supported that petition. Then, create a mandatory, no-credit, pass/fail class on why America is the best nation to ever exist in human history and expel everybody who fails to understand why America is a good idea.

Teachers, teach the kids right or go home. Our universities were not created for your amusement or political activism, let alone your hated for the nation of your citizenship.

The university’s Young Americans for Freedom chapter stated that “a colonial is a unifying symbol of American resistance; it represents the American attitude to stand up to those who seek to defy liberty and justice for all. The referendum is an effort to divide the GW community.”

Fail. Colonials were America’s founding people, not a ‘unifying symbol’. This was not an effort to divide the community, it was an effort to rewrite good white men out of the history books.

Expel the Young Americans for Freedom. The American experiment was not “liberty and justice for all”. I might have been less harsh had they included the phrase “under God” but my tolerance for thinking America was invented to be some kind of Utopia is exhausted. The entire reason we had separation of powers and the Bill of Rights enshrined in the Constitution is because people cannot be trusted to make a better society for OTHER people. We are inherently selfish creatures.

America became a near-Utopia, briefly, only by the grace of God and the devastation of the World Wars.

“The name Colonials is being stripped of its own historical meaning and wrongly treated as synonymous with ‘colonialism,’” he told Fox News earlier this month. “Not only were the colonials not a manifestation or celebration of colonialism, they were the very symbol of resistance to colonialism. They fought the British Empire to secure self-rule. In doing so, they defeated the greatest world power of its time.”

Pass! Professor Turley gets it right. Unexpected for his profession. The colonials fought for self-rule. Not for Liberty, Justice and Other Neat-Sounding Stuff.

Hmm, I’d have expected Deep Stater from his physiognomy. Lots of right angles to his face, an easy test for highly rational personality types.

While the measure to scrap the nickname passed, it’s unclear if it truly represents a majority opinion, given that only about 5,000 students voted in the election, while about 12,000 undergrads attend the private institution.

Doesn’t matter. We in California learned that one butthurt homosexual is more important to the Elites than 500,000 voters. Speaking of butthurt grievance-mongers, by coincidence this year saw the hiring of GWU’s first diversity director, black female Jordan S. West. The debate over the ‘colonials’ name predates her but she’s a perfect symbol of how things will be in the future… the very near future. 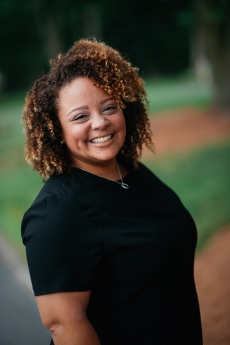 Jordan S. West, PhD (pronouns she, her, and hers)… 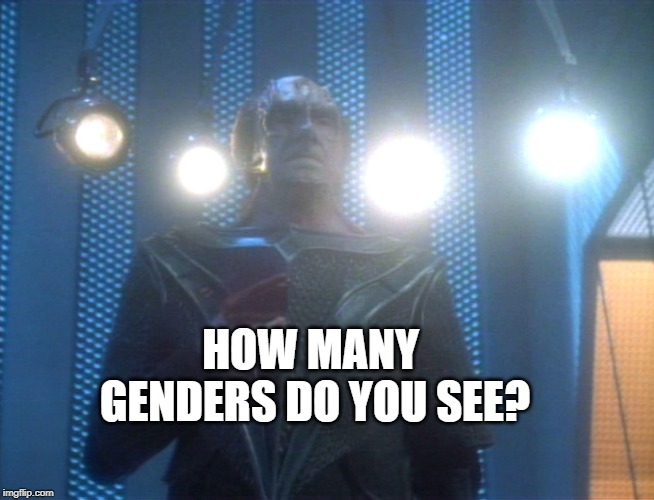 …is currently serving as the Inaugural Director of Diversity & Inclusion Education at The George Washington University in the Office for Diversity, Equity and Community Engagement in the Office of the Provost. In this capacity, Jordan is responsible for creating and implementing educational opportunities across the institution that inform people and practices, in order to continue shifting the campus towards a more positive and just climate.

You see why I called for the expulsion of Young Americans for Freedom. Justice is nebulous, self-rule is not.

Jordan completed her PhD in Cultural Foundations of Education and received her Certificate of Advanced Studies in Women and Gender Studies, both at Syracuse University. Jordan earned her Master’s degree in College Student Affairs – with an emphasis on social justice in higher education at The Pennsylvania State University and her Bachelor’s degree in Psychology at the University of Maryland College Park.

Jordan’s experience and continued research interests focus on campus climate, narrative and storytelling as a method, and how People of Color and individuals from historically marginalized identities work towards liberation while in higher education through the lens of Black Feminist Theory and Critical Race Theory.

Jordan can be proud of her Negroes when I can be proud of my Colonials. Funny how all the professionally diverse people have exactly this kind of educational background.

Come to think of it, perhaps it IS time for Mascot George and the Colonials to be put away. The real George wouldn’t want to be associated with this crowd. Just change the university name while you’re about it. How about “People’s Liberation University”? Home of the Basketball Hippos!

*Another double-take a day late* Her Master’s degree in COLLEGE STUDENT AFFAIRS?

One thought on “They Punked George Washington!”