Liberals are THIS stupid? Or they think we’re this stupid? Or, maybe this was an April Fool’s Day prank… that they took to the level of a false police report… I can’t tell what’s real anymore.

A sword-carrying man wearing a “Make America Great Again” hat allegedly slashed the hand of a pedestrian on a busy San Fransisco street.

Yeah, no. Not a chance. *Gunner Q sheaths his concealed carry katana.*

San Francisco is consistently misspelled throughout the article.

David Miles, who runs The Church of 8 Wheels, an alcohol-free, family-friendly roller skating rink on Fillmore Street, took a picture of the blood-streaked aftermath and posted it on Facebook. He was inside the venue at the time, but when he heard a man on the street was injured, he ran outside. 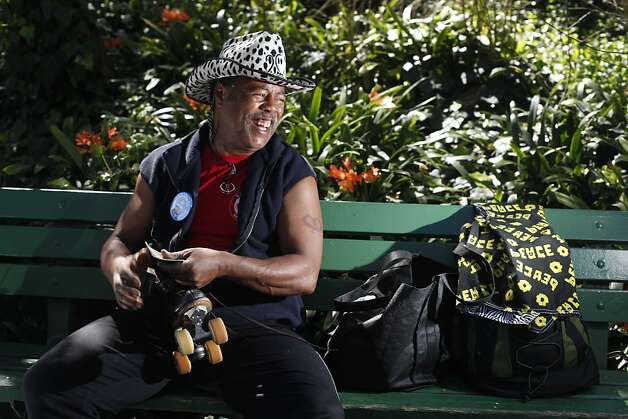 David Miles. His business may be young but he’s been an SF roller skating enthusiast since at least 2011.

“I assumed someone had taken their skates outside and fell, but I saw a man kneeling over — there was a river of blood. I said, ‘Stop the blood, ask questions later,’” Miles told Yahoo Lifestyle. He pressed paper towels on the man’s wounds until the police and the paramedics took over.

A statement like “You roller-skating fags!” could be taken in a couple different ways. I encountered this homo on a bicycle the other day… or was it a hobo? I hope the bystanders heard me correctly.

Caption “Tonight is the first time I have ever experienced how utterly crazy T-rump people really are!!! A guy wearing a MAGA hat attacked people in the street with a sword!!! This is right in front of the Church of 8 Wheels!!!”

A representative of the San Fransisco Police Department told Yahoo Lifestyle the victim walked by the suspect and the man’s hat came off his head. The suspect took out his sword, cut the other man’s hand and ran away. The victim was treated in the hospital for non-life threatening injuries, and the suspect and his weapon are outstanding.

Sam Sweeny, a 24-year-old witness, told the San Fransisco Chronicle the suspect called him homophobic names. “In my mind, I didn’t think it was a real sword until we came out later and police were on the scene and there was blood and the hat on the ground,” he said.

Before police cordoned off the area, Miles took a photo of the bloody ground. “I didn’t realize a MAGA hat was laying there until later,” he told Yahoo Lifestyle.

If you’re going to commit a violent crime in SF, why not bring a MAGA hat in your pocket for a little misdirection? Even if you get caught, you’ll be famous! And Smollett proved you won’t get convicted if caught.

Miles said now his business of five years is affiliated with politics.

“We don’t give a damn who you voted for,” he told Yahoo Lifestyle, “as long as you voted, period.”

That’s a total lie. “Get out the vote” types are hardline Leftists these days because they have popular support but not regional support. Hence their efforts to dismantle the Electoral College. Nobody is politically neutral in Sodom Francis-Is-A-Sicko.

This obviously stinks of a hate crime against Trump supporters. Only a crisis actor would put on a MAGA hat, pick up a *sword* and walk around downtown SF making homophobic slurs in public. My guess: two fags had a lover’s tiff or a bad drug deal. Somebody contaminated the crime scene with a MAGA hat before the police arrived.

But it happened just in time for April Fool’s day. There are no coincidences?