Sexual competition in universities is accelerating as ever fewer men are tolerated. “Sorry, boys, it’s Woman’s turn to rule the world! Now then, ladies, what do you to study in college?”

Yeah, “think of the mothers of sons”. Not the sons themselves.

While attending Mass at the University of Notre Dame last fall, Maryann White saw something that horrified her: Leggings.

A group of young women, all clad in tight, clingy Spandex and short tops, were sitting directly in front of her and her family.

At Mass, no less. Make Whippings Happen Again! Maryann is a mother of four sons, no daughters, and to judge by her culture shock, her son got into Notre Dame on merit.

“I thought of all the other men around and behind us who couldn’t help but see their behinds,” the self-described Catholic mother of four sons wrote in a letter to the editor that was published by the Observer, Notre Dame’s student newspaper, on Monday. “My sons know better than to ogle a woman’s body – certainly when I’m around (and hopefully, also when I’m not). They didn’t stare, and they didn’t comment afterwards. But you couldn’t help but see those blackly naked rear ends. I didn’t want to see them – but they were unavoidable. How much more difficult for young guys to ignore them.”

That’s why they do it, of course. I spent my young adulthood inventorying ceiling tiles when standing in the grocery line surrounded by Cosmo Magazine and staring at the gym mats in martial arts. The effort paid off and today, I can ignore a naked Trigglypuff even when she farts.

That was a lie. I can’t ignore the stench.

Debates over whether it’s appropriate to wear casual, form-fitting yoga pants outside of the gym have been raging for years. Numerous high schools have courted controversy by banning leggings in recent years, claiming that they are “distracting” for male students and teachers. But college campuses, for the most part, have remained a safe haven for those who choose to wear comfortable Lycra or Spandex bottoms to class, meals and campus activities.

Comfortable? Let’s check that. Her letter ran on Monday, March 25 and Notre Dame is in South Bend, Indiana. The weather was sunny that day with a high of 46F and low of 27F. Leggings are mighty thin for those temperatures. Sunday (for Mass) was warmer but with evening rain.

In her letter, titled “The legging problem,” White described the pants as “a problem that only girls can solve.” She claimed that the depiction of women in movies, video games and music videos made it harder for Catholic mothers to “teach their sons that women are someone’s daughters and sisters” and should be treated with respect. Though she acknowledged the main reason college students like to wear leggings – namely, they’re extremely comfortable – White went on to imply that it wasn’t too different from walking around without any clothes on at all.

She must know why young women throw the cat. Not spelling it out, however, cost her greatly. She instead tried to defend her (unsexy) sons to a group of wimmin who hate, HATE unsexy men.

“We don’t go naked because we respect the other people who must see us,” she chastened her readers, adding, “I’m fretting both because of unsavory guys who are looking at you creepily and nice guys who are doing everything to avoid looking at you.”

That line of argument didn’t go over too well on the South Bend, Indiana, campus.

Of course not! Girls don’t go to college to become tomorrow’s engineers and medical specialists, they go there to fuck high-status bad boys. Which Maryann’s son, being a Poindexter from the land of Modest Attire, was not.

Maryann: Those yoga pants will surely attract perverts while driving away the nice guys!

“Join in our legging wearing hedonism!” one student wrote on Facebook, informing the “legging lovers of the Notre Dame community” that Tuesday would be “Love Your Leggings Day” at the university. “Or not, because what you wear is completely your own choice!”

A student group, Irish 4 Reproductive Health, similarly declared Tuesday to be “Leggings Pride Day.” On Facebook, the group explained that White’s letter, though well-intentioned, “perpetuates a narrative central to rape culture” by implying that women’s clothing choices are to blame for men’s inappropriate behavior. People of all genders were invited to “make a conscious choice to wear leggings and thus affirm your right and ability to do so,” then post photos on social media.

While more than 1,000 people responded to the group’s Facebook event, it’s unclear exactly how many took part. Dani Green, a doctoral student in English at Notre Dame and a founding member of the group, told The Washington Post in a Twitter message that it had been “a little difficult to tell what was protest and what was everyday legging-wear,” in part because the two aren’t necessarily mutually exclusive.

None of it was protest. All of it was peacocking for the bad boys. As male students shrink in number, women fight ever harder against each other for the Pareto Principle top. 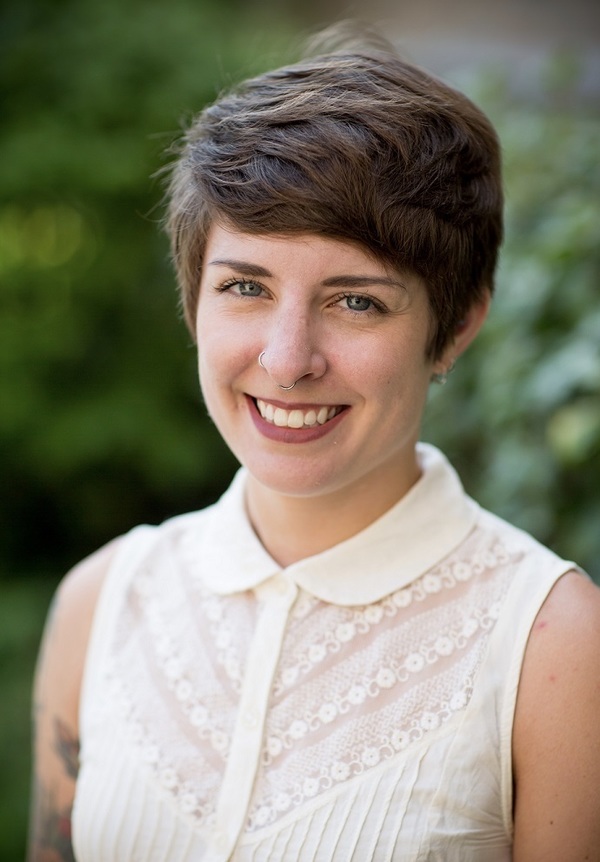 She is not feminine. Per ND’s English Department, “Dani Green is a Ph.D. candidate in the Department of English, and is also completing graduate minors in Irish Studies and Gender Studies. She specializes in British and Irish literature of the long nineteenth century, with interests in queer theory, space and materiality, and narrative theory.” She’s also the proud author of “”Bookish Space: Criminalizing the Domestic and Domesticating the Criminal in Oliver Twist.”

What chump is sticking his dick in that?

Yet another informal demonstration took place on Wednesday, the Observer reported. Named “The Legging Protest,” it was organized by Kaitlyn Wong, a senior who wrote, in parody of White’s letter, “I’m just a Catholic woman who feels the need for one specific type of pant that provides utmost comfort: leggings.” She asked people of all genders to express their solidarity by wearing their favorite pair of leggings that day. Again, more than 1,000 people expressed interest. 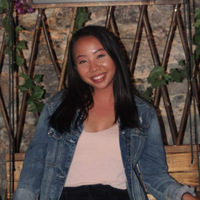 She’s everything that’s wrong in Christendom these days. Including a liar.

While some online commenters suggested that the letter could have been the work of a troll trying to stir up outrage, or an early April Fools’ Day joke, Green told The Post that it was “unfortunately [ . . .] kind of on brand” for the campus community. She pointed to a 2011 letter to the editor titled “Ladies, be decent,” in which a then-junior man railed against an unnamed woman who supposedly displayed a “lack of class and common sense” by wearing a skintight outfit to the dining hall. “[I]f a woman apparently doesn’t respect herself enough to present herself in a non-risqué manner in everyday life, I cannot trust her to respect me,” the letter said. “I’d be wary about pursuing anyone like that.”

“To my female classmates, wear what you want,” Shane Combs, a senior at the university, wrote in a letter to the editor that was published on Wednesday. “How you dress for Mass is not a reflection of your character, nor does it disqualify you from dignified and respectful treatment from the rest of us.”

Shane is too stupid to be college material. How one dresses for church DOES reflect one’s character. Nobody, least of all Father God who invented clothing to cover our nakedness, is going to respect a slut who shows up in underpants hoping a trust fund baby with Daddy Issues will like what he sees.

A mullet on the baseball and football teams. Big jaw indicates good physical prowess. Pessimistic to judge from the corners of the lips. Left  entire side of his face is guarded. Being a senior at this time, he’s probably sick of the never-ending female drama & antibiotics. I would guess his N count at three digits and his grades (aerospace engineering, poor sod) at a gentleman’s B.

Amid the flurry of letters condemning White’s views, two freshmen did spring to her defense, arguing that her complaints about leggings were simply representative of a generational divide, and not an indication that she believes that women who wear revealing clothing are asking to be sexually assaulted.

“Custody of the eyes and chastity of thought are difficult to accomplish for any man,” Maria Keller and William Gentry wrote. “We members of the Notre Dame community have obligations of love to one another, which includes being our brothers’ keepers. It is no assault on women’s rights to suggest that we ought to dress modestly to help our brothers out, just as we should consider what we eat around our Muslim friends when they are fasting for Ramadan.”

Yep. Churchians. This is America, not Saudi Arabia. Here, the MUSLIMS owe respect to the CHRISTIANS.

“Women find male chests and abs attractive like men find women’s legs attractive,” [Heather Piccone, a mother of a student] wrote in a letter published Tuesday. “By her own definition and logic, any male out playing on a sunny day at the park with his friends should be ashamed of himself, and as a mother she should have properly raised her son not to tempt my daughter with his body.”

No, women don’t, unless the male is ripped like Hugh Jackman. Also, shirts vs leggings is a false comparison. We should compare female leggings to David Bowie. 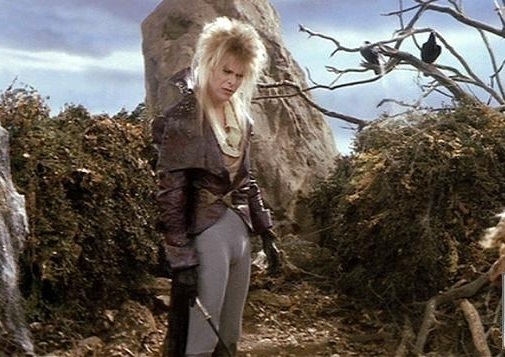 We can all agree that that is not appropriate for Mass, either.

But I don’t want to let Maryann off the hook. Here’s an excerpt from her letter:

A world in which women continue to be depicted as “babes” by movies, video games, music videos, etc. makes it hard on Catholic mothers to teach their sons that women are someone’s daughters and sisters. That women should be viewed first as people — and all people should be considered with respect.

I talk to my sons about Princess Leia and how Jabba the Hutt tried to steal her personhood by putting her into a slave girl outfit in which her body became the focus. (That’s the only scene in the whole franchise in which Leia appears in such a way — and it’s forced upon her.)

This is an excellent example of how Churchianity sets up laypeople to fail. The Churchians try to desexualize male/female interactions, which results in either overt rebellion or quiet despair. Leia wasn’t chained to a giant slug because he wanted to victimize her. She was chained to him because she was highly, visibly, valuable. Had Jabba the Hutt appreciated Leia for her accomplishments instead of “her meat” then he’s have fed her to the Rancor for treachery.

Leia would never dress attractively for men to enjoy her! Never mind that pose she struck for Luke in the detention center. Remember, he walked in and was so stunned by her… Irish Studies degree?.. that Luke forgot he was rescuing her. 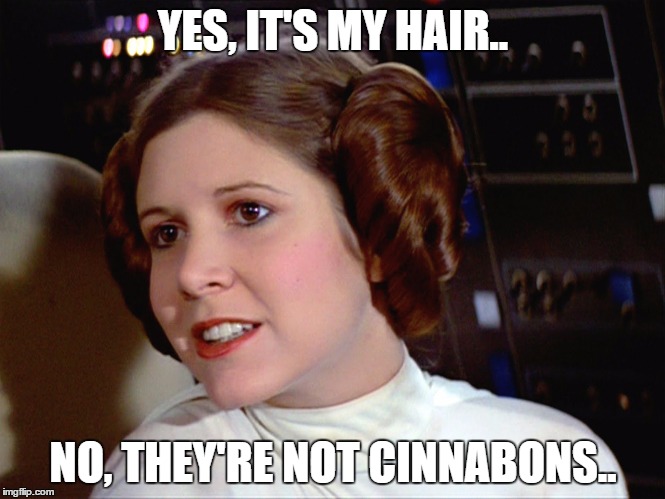 Leia survived because Jabba liked her body. Women have been surviving that since Adam was “lonely” and God actually designed women to be enjoyed like that. Boys can’t win. First they’re pressured to deny their raging hormones, then they either get rewarded for rebellion against “God” or punished forever as sexual losers who eventually inherit a man-hating battleaxe. They aren’t even allowed to enjoy Star Wars without a lecture on “don’t think about her body”.

Her son is not going to enjoy his college days at Notre Dame, not least because Mommy tried to fight his battles for him… although the ability to ignore female temptations will save him much grief in the long run.