The American Psychological Association quickly doubled down on the heels of its “toxic masculinity” discovery by helping a professional Trump hater equate charity with political activism. Free money never came with so many strings attached!

WASHINGTON — The American Psychological Foundation has launched a fund in honor of Christine Blasey Ford, PhD, to support research by graduate students and early career psychologists on understanding and treating individuals who have experienced traumatic events such as sexual assault, sexual harassment or rape.

Ford is a prominent psychologist who testified before Congress last year that Supreme Court nominee Brett Kavanaugh had sexually assaulted her when they were teenagers.

So much wrong crammed into a single sentence! Ford is a nobody who told Congress but not police that she might have humped a man who might have been Kavanaugh and was so traumatized by it that she said nothing for decades until Orange Man nominated a potential anti-abortionist to SCOTUS.

Deep Stater: “You went to the same school as this man. Did you ever have sex with him?”

Ford: “Probably. I fucked through most of my yearbook but the drugs made keeping score hard.”

Deep Stater: “We’ll give your dead-end career a huge boost if you say yes to Congress.”

“We are honored to launch the Dr. Christine Blasey Ford grant at APF. As more survivors come forward and speak about their abuse, the science of psychology can help us better understand how to address their trauma,” said APF President Terence Keane, PhD, an expert in trauma psychology. “We are grateful to Professor Heidi Feldman and all the donors who made this grant possible and to Dr. Ford for her contributions to the field.”

The grant was initiated with a gift generated via a GoFundMe campaign started by Heidi Li Feldman, JD, PhD, a professor of law at the Georgetown University Law Center. The idea came to her while watching Ford’s testimony during Kavanaugh’s Supreme Court nomination hearings, she said. 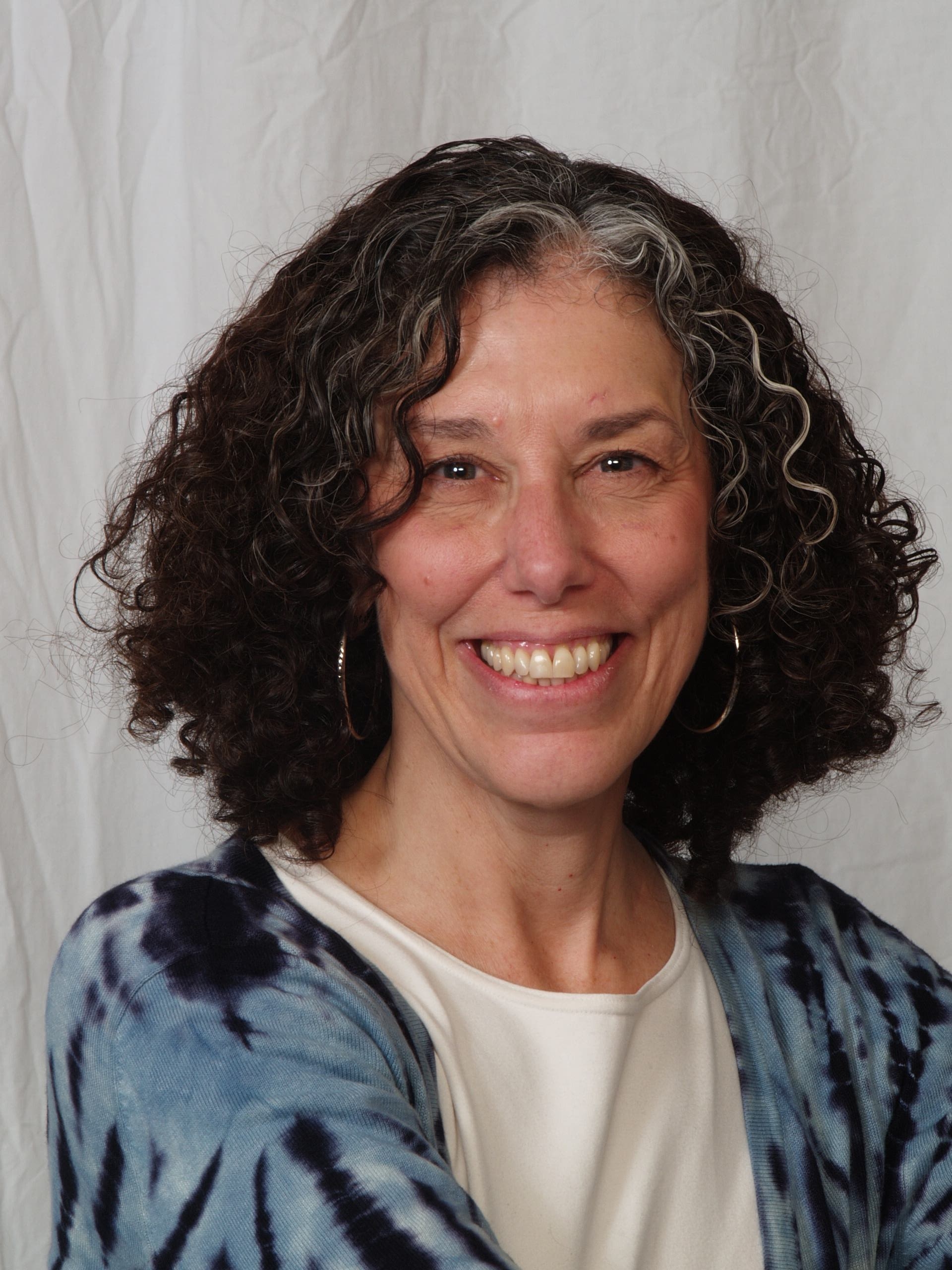 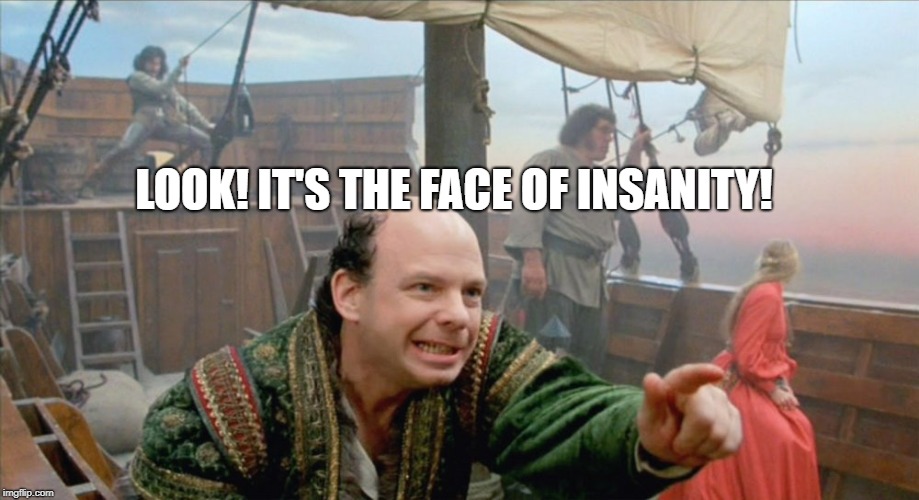 “Watching Christine Blasey Ford testify, I realized her professional skills as a collaborator and educator bolstered her ability to participate so effectively. I also feared that she would not be recognized, remembered and valued for her professional achievements as well as her keen sense of civic responsibility,” said Feldman. “As a fellow academic, an endowment of some sort seemed the natural way to commemorate and honor Dr. Ford and make sure her work was recognized, as well as her commitment to our civic good.”

An endowment of other people’s money, of course. Here’s the campaign for the interested:

One reason she chose the APF to administer the grant was that its grants often go to early career researchers, who have begun to prove themselves but need to do more work before being able to get larger grants.

Another reason could by the APA’s newfound hatred of sexually normal men.

“Funding researchers at this stage of their careers keeps the pipeline of top-notch work flowing,” she said.

The grant will be part of APF’s Trauma Fund, administered by experts in the field of trauma psychology. Donations are still being accepted through the APF website.

Experts in the field of trauma psychology? The only trauma Ford endured was police asking for details. Anyway, Heidi teaches torts at Georgetown School of Law. Out of morbid curiosity, let’s hear from her students, the Future of America:

“At first glance I was really intimidated by Feldman. People have a lot to say about her, and many complaints – but she is an amazing feminist presence on campus. Her cold calls seem tough at first, but that is just because she cares. She is patient, and will stick with a student until they truly get it. Quirky, and inspirationally unapologetic.”

“Her goofy humor is entertaining, but the schtick loses its charm once you realize that you’ll be teaching Torts to yourself (DON’T follow her ridiculous advice to not use supplements). She doesn’t answer emails, she’s scatterbrained, and – whether intentional or just a product of being out of touch – she hides the ball and gives bad study advice.”

10 to 2. Somebody isn’t taking her pills like Doctor Peterson said to!

“Worst professor I’ve ever had. It’s not about if you have thick skin or not. She doesn’t teach law & she’s crazy! Focuses on insignificant facts (wastes time with students acting them out. Even had a student barking like a dog). The only good teaching that came from her class was from her TA. You definitely won’t learn negligence. Should be fired!”

“She’s great. Many can’t handle her sarcastic sense of humor but if you have thick skin you’ll be fine. If you pay attention you will know negligence better than anyone on the planet and you’ll learn to think like a lawyer. Oh and she’s a great dancer!”

Heidi Li Feldman is Professor of Law at Georgetown University Law Center, with a courtesy appointment in the Philosophy Department at Georgetown University. She has written major articles on tort law and on legal ethics. Her scholarly expertise includes the U.S. civil justice system more generally. Currently, Dr. Feldman’s scholarship focuses on how and whether U.S. cities and states can protect civil rights and strengthen civil society. Beyond the academy, Dr. Feldman is politically active in the in the effort to resist Donald Trump and those who enable him.

A Georgetown Law professor can openly commit sedition? Tenure must be nice.

Dr. Feldman seeks to bring her knowledge of U.S. law, politics and history to a broad public and to bring a grassroots perspective to the legal academy. Dr. Feldman regularly speaks to U.S. and foreign press on topics ranging from U.S. gun regulation efforts to women’s support for Hillary Clinton’s 2016 candidacy to political efforts to oppose the current Republican agenda. She has been quoted by the New York Times, the Washington Post, Reuters, Bloomberg, and CBS News; extensive interviews with her have aired on CBC (Canadian) radio and television.

Hillary Clinton loves her. Her paying students hate her.

Dr. Feldman is active on Twitter. She helped start the “Grab Your Wallet” boycott of retailers selling Trump brands and she raised consciousness about the silencing of Sen. Elizabeth Warren during the debate over Jeff Sessions’ nomination as Attorney General. Dr. Feldman mentors progressive Georgetown law students interested in running for office, especially at the state and local level, and students interested in staffing such campaigns. She is developing a series of workshops for such students, a co-curricular program she intends to serve as a model for other law schools.

Trump Derangement Syndrome is now a sub-specialty of the legal profession!

Well, we already know that academia is as partisan as black churches.

Whoa, its front page is a timeline of Trump-Russia collusion! These people need help and not the 2020 Election kind. Ooh, Zappos is on the list! They’re the Internet retailer that I buy shoes from. Excellent service and effortless return policy so you can try them on AFTER you buy! My Big & Tall readers should accept no substitute. Amazon is also on the list. I don’t think they’ve yet noticed they’re being boycotted.

Dozens of Georgetown University students gathered Tuesday on the steps of McDonough Hall to protest an address from Attorney General Jeff Sessions that lambasted schools for infringing on students’ free-speech rights.

The students were joined by faculty members who initially took a knee and later linked arms.

They took turns speaking into a bullhorn, decrying Sessions, the process the university used to bring him to campus and posing questions they would have asked the attorney general had they been allowed into the event.

“We, the disinvited, find it extraordinarily hypocritical that AG Sessions would lecture future attorneys about free speech on campus while excluding the wider student body,” third-year law student Ambur Smith said into the bullhorn.

Uninvited, not disinvited. Unless security got to take out some trash.

Some of the roughly 100 protesters who gathered outside at Georgetown’s law school wore duct tape over their mouths. They held signs that proclaimed, “DEPORT HATE,” FREE SPEECH IS NOT HATE SPEECH,” and “Sessions is afraid of questions.”

Georgetown law professor Heidi Li Feldman was one of about 40 faculty and staff members who joined students on the steps of McDonough Hall.

“A law school is a place for people to learn about the deepest principles that undergird our democratic republic. Those principles are trampled upon by Attorney General sessions, in particular, and Donald Trump,” she said. “You cannot invite people who so thoroughly threaten the basic premises of American law to a campus and not speak up if your mission in life is to educate people about the American legal system.”

Racism, sexism, xenophobia, misogyny, bigotry. Because of Donald Trump these terms are now, and will be through November at least, part of American daily life. And not in a good way — not, that is, only to be mentioned as traits, attitudes, sentiments that must be rejected, all the time and every time. The way in which these terms will be mentioned often, it seems, is when various GOP pols try to parse them very closely so as to deny that they apply to their party’s presumptive Presidential nominee. The parsing is certainly annoying — sometimes maddeningly — disingenuous, which is bad enough. But it is also dangerous.

It is is dangerous because it obscures the important issue, which is not whether Trump is a chauvinist, a sexist or a misogynist or whether he is racist or xenophobic. The real issue is that Trump expresses hatefulness and disrespect antithetical to the values that preserve a vibrant pluralistic democratic polity. He gives voice to atavistic, primitive emotions that other, functional members of such a polity work hard to overcome, guard against, and hope will eventually be conquered by an enlightened culture.

Behold, a feminist who admits that all the name-calling is beside the point! Their real problem with Trump is that he’s a threat to the globalist, anti-Christian agenda.

If you agree then there might be some grant money in your future.