I finally looked up the Green New Deal to have a laugh at Leftoid antics. Leftoids claim there is no God, re-create government to be God and then wonder how God can ever go Broke.

What is the Green New Deal and how would it benefit society?

So what is the Green New Deal?
The proposal outlines the broad principles of a plan simultaneously to fight inequity and tackle climate change. It does not contain policy details or advocate for specific ways of reducing greenhouse gas emissions. But with a broad brush it aims to make the US carbon-neutral – net zero carbon emissions – in 10 years.

10=8+2. President Leftoid will have 8 years to crash the North American system, then his predecessor will be left holding the bag for midterm elections. Needless to say, North America’s entire power grid is not going to be torn down and rebuilt in 10 years.

The Green New Deal recognizes that transition would require massive change. It endorses ways of ensuring that vulnerable populations – including the poor, people of color, indigenous populations and communities already facing environmental degradation – take part in the planning process and benefit from the green economy.

One notices that Christian white men who like indoor plumbing have no place in this literal New World Order.

Would it end the use of coal, oil and natural gas?
No. But it would aim to offset any remaining greenhouse gas pollution with forests that absorb carbon dioxide, for example.

Here, the Guardian lied outright. Just trust a Commiefornian on this, they intend to gut the infrastructure.

How ambitious is the Green New Deal?
Incredibly ambitious, both on climate change and with its reimagining of society.

US climate efforts so far have focused on the power sector, which is probably the easiest to decarbonize. Many states and localities have continued that work even as the federal government ignores climate change.

Yes indeed, many states and localities have followed the blueprint for energy wokeness:

*Build windmills and solar fields. Skim reelection funds off the grants and subsidies*

*Go on a screaming fit when power interruptions start. Act surprised when your advisors explain that solar panels don’t work at night.*

Additionally, climate advocates and policy experts across the country have not typically tried to address every contributor to global warming at once or while addressing other societal issues. This kind of system-wide thinking and planning would be difficult to adopt.

Dude, those advocates and experts don’t try to address even China. Biting the Yellow Hand that funds them would indeed be “difficult to adopt”.

The energy shift would require a major investment, as would the social programs highlighted in the Green New Deal. The resolution does not suggest a source for that money.

The politics of the plan are also difficult, with Republicans in control of the Senate and the White House vehemently opposed to it, and with some Democrats split over whether it is the right approach.

If not everybody is on board with this total restructuring of North America then maybe we should hold off.

How would it fight climate change?
The goals of the document include a “10-year national mobilization”… 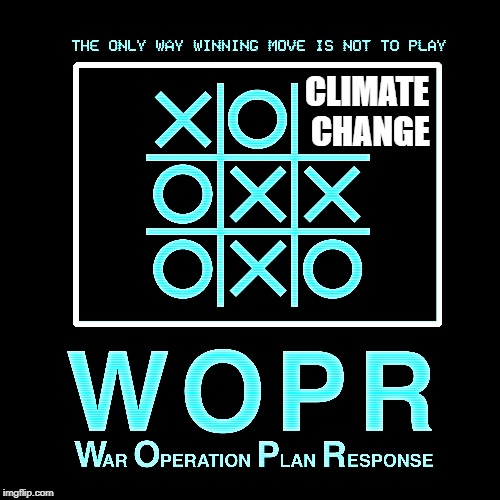 What would the Green New Deal do for people?
The proposal lays out numerous “crises”, including declining life expectancy for many Americans, as well as wage stagnation and income inequality.

None of those “crises” are either Green, New, or solvable by any kind of Deal.

The Green New Deal calls for:

the clean-up of hazardous waste sites

Fig leaf! We care about the planet!

access to clean water and air, health and affordable food, and nature

The article ends, so appropriately, with the Guardian begging for money because its ideology is not profitable:

Since you’re here…
… we have a small favour to ask. … The Guardian is editorially independent, meaning we set our own agenda. Our journalism is free from commercial bias and not influenced by billionaire owners, politicians or shareholders. No one edits our editor. No one steers our opinion. This is important as it enables us to give a voice to those less heard, challenge the powerful and hold them to account. It’s what makes us different to so many others in the media, at a time when factual, honest reporting is critical.

Such pure idealism! Such inconvenient reality! Here’s the sad, sick truth: people are okay with journalists being biased if only they’re honest about their biases. I’m okay with the Guardian. First it endorses these totalitarian nationfuckers and then it hits the same roadblock that they will: running out of other peoples’ money.

I bet the Guardian wishes it could force people to give them money.