We all knew it would come to this… “We” being the Red Pill-aware plus all registered Democrats.

A federal judge on Friday blocked the military from forcing out a pair of HIV-positive airmen, saying she had seen no evidence that the disease should prevent them from serving.

“These are the kinds of people that it seems to me the military wants to keep in the service,” Judge Leonie M. Brinkema of the U.S. District Court for the Eastern District of Virginia said in court while issuing an injunction. She elaborated in a memorandum, chastising the government for providing “no evidence, whether anecdotal or otherwise, of the effect of HIV on a servicemember’s medical fitness or the military’s readiness.”

Her ruling allows the two airmen who sued to remain in their posts pending trial. Both would otherwise have been terminated in the next few weeks.

An incurable, contagious disease is all the evidence a sane person needs to know that HIV-infected people are unfit for work in a career field that specializes in bloodshed. The plaintiffs are Air Force so there’s the usual debate over whether they should be categorized as military personnel or civilian contractors but that’s not relevant to Judge Brinkema’s ruling.

“We’re absolutely thrilled,” said Scott Schoettes, an attorney for the airmen from the LGBT civil rights group Lambda Legal. “We look forward to trial in this matter, where we can show HIV status has no bearing on an airman’s ability to serve.” 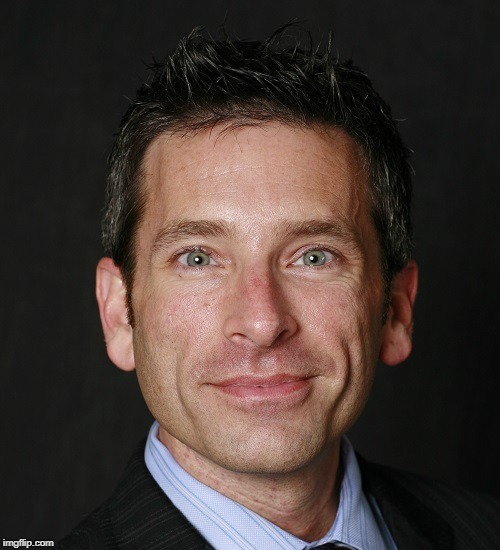 Schoettes. There’s no picture of Judge Brinkema but courtroom sketches indicate nothing that would surprise my readers.

Both active-duty airmen began antiretroviral treatment after testing HIV positive in 2017, and doctors deemed them asymptomatic and physically fit to deploy. Their commanders agreed. But in November, they were told they would be discharged because personnel with HIV are barred from deploying to the Middle East.

Former defense secretary Jim Mattis pushed to cut from the military anyone who was not deployable worldwide. Schoettes argued in court that the policy was arbitrary because several other HIV-positive airmen have been retained. The airmen also maintain that they can serve in the Middle East and manage the virus with a pill a day and blood tests every few months, which could be sent to a lab. They pointed out that the military does not categorically bar from combat zones people who take daily medication for asthma, hypertension or dyslipidemia.

So much to unpack here. First off, deployability is a critical issue for a military with an active, global presence. Second, the retaining of HIV-infected airmen in any capacity would only be a consequence of pro-Sodomite policies. It’s like saying female Army Rangers are as good as male ones because there are women wearing authorized Ranger tabs.

It goes without saying that “he’s perfectly healthy so long as he gets his daily medication, has blood tests flown back to CONUS for monitoring, isn’t exposed to anything his weakened immune system might not be able to handle and refrains from sexual behavior like he hasn’t been” does not mean “he’s perfectly healthy”. I know the thought is inconceivable to a modern American princess but there are dangers of servicemen becoming stranded overseas for reasons from “prisoner of war” to “domestic economic collapse”.

Neither asthma, hypertension nor dyslipidemia are infectious diseases. The latter is a related condition to cholesterol, if I read the description right.

And lastly, who is Judge Brinkema to tell the military how it should run a deployment? I checked and she’s never served a day in uniform… probably not even a cheerleader’s uniform. Her experience with military issues is limited to declaring the civilian courts are good enough.

A federal judge who presided over the trial of a 9/11 conspirator said Thursday that civilian courts are capable of handling the cases of Guantanamo Bay detainees.

U.S. District Judge Leonie Brinkema told a gathering at the University of Virginia law school that the courts’ ability to handle even the most complicated terrorism cases was demonstrated by the prosecution of terrorist Zacarias Moussaoui in her courtroom.

She also said the government should not abuse classification procedures to suppress information about mistreatment of detainees. She said it’s been her experience that much of what the government seeks to keep classified has more to do with avoiding embarrassment than divulging secrets.

“As embarrassing and as ugly as some of this information might be, it is not in my view national security information,” she said.

Brinkema said in court that she was inclined to agree based on the medical evidence. “We’re not talking about a complicated problem,” she said. “It’s probably less complicated than sleep apnea.”

How many hundreds of billions of dollars have been flung at cutting-edge retroviral research for GRIDS to not be a early death sentence? Soldiers used to cure sleep apnea by sewing cannonballs into the backs of pajama tops. Curing GRIDS has proven to be rather more complicated.

Assistant U.S. Attorney Robert Norway said in court that the military had to consider a “worst-case scenario” — if the medication was lost, a person’s viral load could rise to detectable levels. Because the two men are younger, he said, they are more likely to be sent to the Middle East than those who were not terminated.

Best pic of Norway I could find.

Brinkema said studies found that would take weeks; Norway countered that it could take “as little as nine days.”

A smarter lawyer would have argued that because the plaintiffs were obviously active homosexuals, they would be at severe risk of being put to death by Arabs who prefer goats. For their safety and the prevention of cultural appropriation, they cannot be deployed!

However, Brinkema questioned why the government had provided no recent medical research to defend its position while the plaintiffs had. In her ruling, she noted that a military-published study from 2015 concluded HIV “has gone from an untreatable disease” to one “that is compatible with active service throughout a full career in the U.S. military.”

Whoever wrote that study either lied or qualified it to being just as dishonest. One reason “scientists” have begun falsifying their research is so it can be used to justify inhuman decisions like Brinkema’s. “They won’t become contagious fast enough to make a difference” has got to be in the Top 10 Stupidest Reasons To Approve Military Service.

In court filings, the government also expressed concern about “transmission of HIV on the battlefield,” including from a “battlefield blood transfusion.” Brinkema dismissed such fears, writing that “HIV is not as easily transmitted as many people believe” and cannot be transmitted at all when a person’s viral load is suppressed by medication.

Would Her Honor care to prove this by accepting a small blood transfusion from a plaintiff?

“Defendants have not identified a single recorded case of accidental transmission of HIV on the battlefield, which is unsurprising given the uncontroverted evidence that even without effective treatment, the risk of transmission through nonintimate contact such as blood splash is negligible,” she wrote.

Unless the blood splashes in the eyes, nose, mouth or a skin cut/abrasion, as frequently happens on a battlefield. She’s not even trying to make a case, she’s just trying to handwave the objections away while issuing her dictat.

Are any of those “various reasons” incurable, fatal diseases?

The two airmen filed suit using the aliases Richard Roe and Victor Voe to avoid the stigma of publicizing their HIV status. Voe, who Brinkema noted has deployed to the Middle East twice, came to court Friday in uniform.

“I’m really excited,” he said after the hearing. “This is the first time in two years I’ve had hope.”

Hope of getting your Combat Infantry Badge? Then why did you join the Air Force? Hope of being banished from the First World to a Godforsaken wasteland again? Probably not. We already know he isn’t close to retirement. What, then, is he hoping for? Scroll back to the top, to the third italicized paragraph:

Her ruling allows the two airmen who sued to remain in their posts pending trial.