A heartwarming story with bonus bodycam footage! Gender-confused Charlie Landeros threatened to kill cops then got drilled in the face by cops when he pulled a gun on them in an aborted school shooting, having run afoul of the very frivorce-industrial complex he once advocated for.

EUGENE, Ore. – As police attempted to place Charlie Landeros under arrest after removing him from Cascade Middle School amidst a child custody dispute January 11, Landeros pulled a 9mm handgun from a hoster and pointed the weapon at Officer Steve Timm, investigators determined based on video evidence and witness statements. 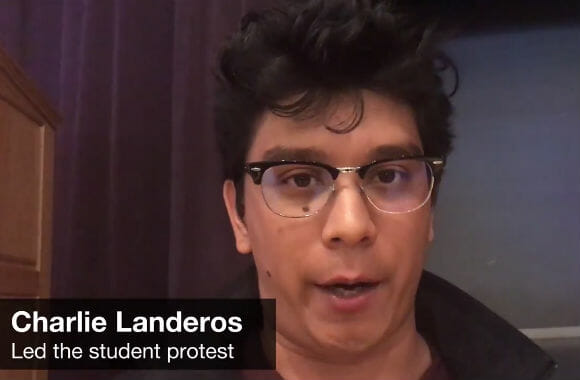 Problem glasses, disorderly hair… what’s wrong with his mouth & chin? Definite triangular face, which I’ve found to be a strong indicator of Gamma SMV. Eyebrows indicate intelligence but an unlined forehead suggests he didn’t try hard to use it.

As Johns called for help, Timm fired a shot that hit the pavement and went toward the parking lot, the investigation found.

“Officer Timm recognized that the situation was dangerous and needed to be controlled. Both were in fear of their own death or the death of other bystanders or students in the area,” District Attorney Patty Perlow wrote. “Officer Johns said he knew that if he let go of Landeros’ hand in the struggle, they were going to be killed. Officer Timm fired one bullet directly at Charles Landeros, striking Landeros in the temple, which was the cause of death.” 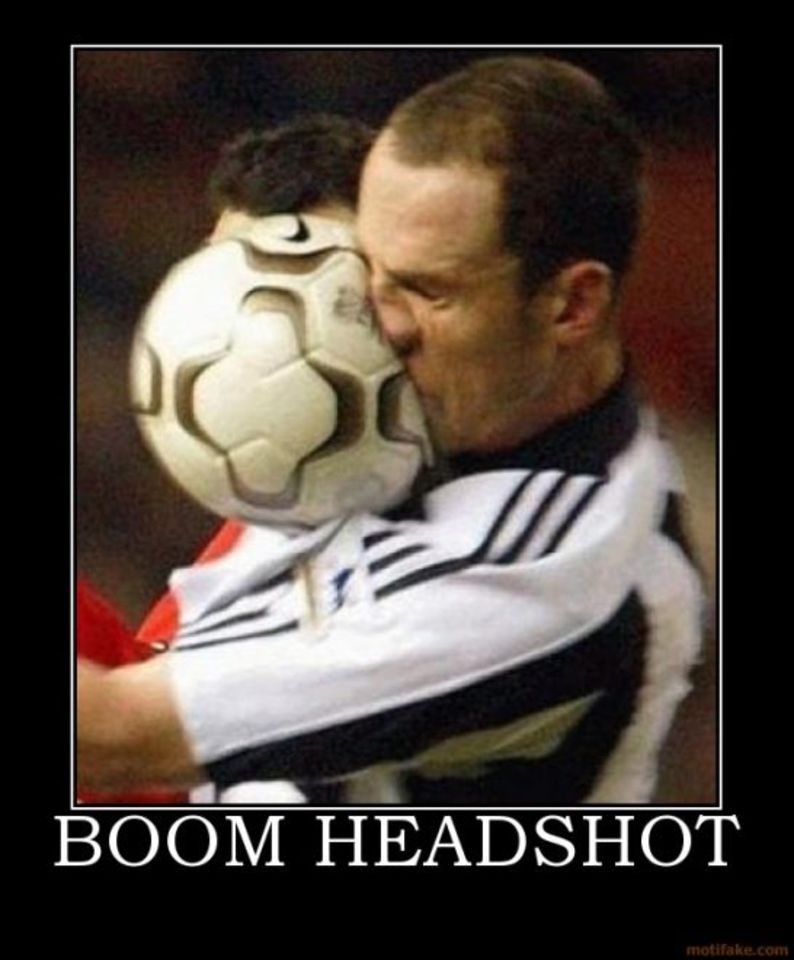 Landeros enrolled a child at Cascade Middle School the week of the incident, the investigation found. The child started school there on Thursday, January 10, a day before the shooting.

Landeros did not provide any information to the school about the child’s mother, who shares custody and lives locally, according to the investigation.

The child’s mother went to the school on Friday, January 11, to see if the child was enrolled there.

The “mother had a copy of divorce and custody paperwork from 2013,” according to investigators. “School personnel called the school resource officer, who was en route, and then texted the officer that child’s father, Charles Landeros, had been called and was on his way as well.”

Investigators described what happened next:

Timm, the school resource officer for Cascade and other Bethel schools that share a campus, called for assistance.

Johns responded to the scene.

Officer Timm met with the mother and reviewed the court paperwork. He then, separately, advised Charles Landeros that the custody paperwork provided by mother indicated mother had shared custody and exclusive control over where child attends school. Charles Landeros confirmed that was the only court document regarding custody. The conversation was respectful between Officer Timm and Charles Landeros, though Officer Timm reported concern that there would be a problem if Landeros was present if the mother exercised her right to remove the child from the school.

When Charles Landeros indicated he would not answer any further questions, he was asked to leave the school. He was cooperating with exiting the office but remained in the hallway to express his view that the police did not have jurisdiction and only the principal could ask him to leave.

Gamma Boy tried to work up the courage for a cop-killing by escalating the situation to the point where cop-killing would be his only option. Said escalation continued:

Officer Timm explained that he is the school resource officer and has authority to ask people to leave the property.

Landeros became more agitated and animated. Officer Johns began escorting Charles Landeros from the building and advised Landeros he would be arrested if he didn’t leave.

When Johns attempted to place Landeros under arrest, a struggle ensued. Timm tried to help Johns take Landeros into custody; that’s when Landeros pulled the gun, according to investigators.

Perlow said the firearm Landeros used was a Taurus 9mm. Federal Bureau of Alcohol, Tobacco, Firearms and Explosive records show the weapon was purchased by Whitley Landeros from her husband Joseph Landeros’ business Community Armaments and Supplies in December 2018.

Joseph Landeros is the brother of Charles Landeros, investigators said.

I hope those investigators were hardline BATFE auditors investigating that gun store for arming, and being directly related to, a school shooter with known ties to a domestic terrorist organization. Somehow, I doubt it.

The weapon had a factory magazine designed to hold 18 rounds, but was equipped with a “PLUS 2” bottom plate which extended the capacity to 20 rounds in the magazine. With one round in the chamber, the handgun is capable of holding 21 rounds.

Investigators recovered two empty 9mm casings at the scene and found 18 rounds in the magazine and another in the chamber after the shooting.

“Landeros also had an additional magazine on his belt and a third magazine in his vehicle, all of which were loaded with ammunition. He was wearing a backpack which contained additional ammunition of a different caliber,” according to the DA.

He carried 41 bullets but only used two, both missing the target zero feet away. That’s the end result of a passive-aggressive approach to lethal force: the other guy wins with spectacular optics.

Silly rabbit, killing is for wolves.

Landeros was carrying the weapon legally.

“It is not illegal for someone with a concealed handgun license to carry a concealed weapon into a school,” the DA wrote. “Landeros had a CHL issued in February of 2018.”

You can thank the FBI for Landeros being able to carry legally. Interdepartmental cooperation at its finest:

“In 2018, the FBI received information on a tip line that Charles Landeros was posting violent anti-government messages on social media,” according to the DA. “The information was referred to the local FBI office, who concluded there was insufficient information to substantiate that a crime had been committed.”

On January 9, two days before the deadly shooting outside the school, police in nearby Springfield received a screenshot of a Facebook comment on a story about a man shot and killed by police in Portland.

Then on the morning of January 11 – about an hour before the incident at Cascade Middle School – someone alerted the manager of Springfield Police Facebook page that someone named “Charlie Landeros” had commented “Death to all pigs” on a post on the department Facebook page about a California police officer shot and killed while investigating a traffic crash.

Thus proving the existence of either premeditation or an accomplice.

Perlow concluded by explaining her reasoning: “It is unknown why Charles Landeros chose to use deadly force in this circumstance, but he clearly had no regard for the lives of the police officers or the students or staff present, including his child. Officer Timm saved the life of Officer Johns, himself and perhaps many others given the number of rounds Charles Landeros had loaded in his weapon. There is no clearer circumstance that the use of deadly force is justified than this.”

But Antifa wouldn’t still exist if they didn’t have legal teams of their own:

Civil Liberties Defense Center response to DA statement: “We know that issues involving a person’s child are already tense and delicate situations with the potential to escalate. We also know that people of color are disproportionately the victims of police violence. We know that Charlie, as an activist against police brutality and a descendant of Mexican and Filipino parents, was aware of this.

Should we send Charlie back to Mexico, the Philippines or his ex-wife? Never mind, he just immigrated to Hell and I don’t mean Canada.

“We do not know, however, what was going through Charlie’s mind when they were shoved out of the door in front of their child and pinned to the wall. We also do not know why Officer Timms felt the need to aggressively shove Charlie through the door and against the wall as Charlie appears to exit the school.

We also do not know why Officer Timms felt the need to harm a gunman who was trying to murder him and his partner in front of witnesses at a middle school with a high-capacity assault gun. But self-preservation and the defense of innocent children are good guesses.

“The investigation by the Interagency Deadly Force Investigation Team is not complete and Charlie’s family will be retaining police practices experts to conduct an independent investigation to review the use of deadly force that resulted in the tragic death of their loved one.”

Don’t wait! Do your own independent investigation right now:

Notice how Charlie kept his right hand inside clothing that could easily (and did) conceal a handgun? That’s a red flag that Charlie was already intending to kill the police but was having trouble committing to the act, hence his escalating until the police were practically ripping the gun out of his hand. His shirt “smash the patriarchy and chill” is also not a good choice for meeting police in their professional capacity. Not that I’m complaining; a more courageous Antifa goon would have been a double cop killer.

After the incident, Charlie’s friends apparently doubled down on his passive aggression. Hat tip to pjmedia for the connection.

Members of the Eugene Metro Explosive Disposal Unit responded and found the items to be incendiary devices, according to the report.

They were rendered safe, police said.

The investigation is ongoing.

“I don’t know what kind of damage they could have done,” Lt. David Natt said. “This is not a hoax device. These are very serious matters.”

Goon1: “I thought you would want the honor of smashing some fash.”

Goon2: “You drew the short straw! You have to set the bombs off! Both of them!”

Goon1: “Don’t talk to me like an alt-Righter! We each set off our own bombs!”

We can win this coming civil war. Wild guess here: some components of those bombs were purchased at Community Armaments and Supplies.