The Cult of Nice is the most popular religion in America. Don’t hurt anybody’s feelings, especially if they’re neither American nor Christian, unless wimminz claim to be victimized by them. But all is not well in Niceland. The priests have noticed a great surge of civil unrest and wish to remind everybody that polite discourse requires constant goodthink.

WASHINGTON — A president slams a table and walks out of a meeting. A longtime Congressman consistently makes racist comments. A gubernatorial candidate threatens to stomp on his opponent’s face with golf spikes. Family members no longer speak because of political differences. Twitter fights. Cable news panels filled with shouting.

I doubt the president walking out of a meeting belongs on that list.

While it might seem that civility has been completely lost in politics and significantly eroded in both public and private life, one organization is trying to push back against the tsunami of toxicity and contention sweeping the country. It’s a development that, according to polls, Americans desperately want.

Only one organization is doing what Americans desperately want? That would be California’s Howard Jarvis Tax Foundation engaging in conservative politics because Cali Republicans have quit the field.

The National Institute for Civil Discourse is urging Americans to be respectful of one another again. The institute and its new executive director, Keith Allred, are behind a push to engage elected officials and citizens toward civility at a time when discourse is degrading, with the hope that people will remember how to disagree with one another in good faith.

Thank God the acronym is NICD, not E. I was this close to quoting from CS Lewis’ That Hideous Strength.

Keith Allred does not appear to be related to Gloria Allred, notorious feminazi.

“It’s not the difference of opinion on policy that makes us bitter,” Allred said. “But thinking they’re a bad person.”

A double miss. The West’s problem is a surplus of niceness, not a lack. There is no common ground between Christ and Satan; we should never have pretended there was, and neither should Allred.

Allred created the group CommonSense American, a bipartisan organization that weighs in on issues such as immigration and campaign finance reform. It is a national offshoot of a group he created in Idaho, which worked with the state legislature. The group’s staff creates policy papers it sends to citizen members, who then contact their elected officials. The goal is to arm people with information about various topics, and have them weigh in with elected officials in an authentic way, without the use of canned talking points or vitriol.

Another Non-Government Organization, working in partnership with Government, to set policy that all citizen members must be properly educated in how to communicate respectfully with elected officials. By the sacred boot heel of Saint Orwell, put a fig leaf over your abomination!

The institute has gone into communities to train more than 12,000 people in civil discourse and has been hosting more than 500 “civility conversations” nationwide, part of statewide initiatives in Arizona, Iowa, Maine and Ohio.

“We’ve polarized not only our political discussion, but our personal interactions,” said former Congressman Jim Kolbe, R-Ariz., who is on the organization’s advisory board.

This is the False Ally tactic. The Right has an uncivil attitude because the Left has uncivil behavior.

Normie: Okay, I let you win on this. Now let me win on that, as agreed.

Normie: Screw you back! I will never trust you again.

Allred: Whoa there, Normie, you have serious trust issues! Let’s work through those at my reeducation seminar… for you, half price!

Putting people of differing views together is more crucial than ever, said Carolyn Lukensmeyer, a former executive director of the group. As people retreat into their corners on social media and increasingly live in places where they are surrounded by the like-minded, talking to those on the opposite side of political arguments often doesn’t happen.

Some of us would be going on killing sprees if we didn’t have our last few, remaining congregations of like-minded people. What if Nice behavior requires Not-Nice outlets for verbal frustration?

Lukensmeyer said the efforts have included weekly discussions at breweries and coffee shops among people holding differing views. The institute has filmed interactions between people with differing backgrounds and opinions to show how they can respectfully disagree and find common ground. It is looking for a streaming service to distribute the series.

“Once they’re in an environment where they meet, they have more in common than expected,” she said.

Sure. Democrats want to win and Republicans want to lose. If they can look past the frustrated screams of Normal Americans then there’s a lot of common ground to be discovered.

Polls show that Americans want to see a return to civility. Ninety-one percent of registered voters said the lack of civility in politics is a “serious problem,” according to a 2018 Quinnipiac University poll. Sixty-eight percent of those surveyed in a Pew Research poll from July said it was “essential” for people in high political offices to maintain a tone of civility and respect in politics.

Tom Daschle, D-S.D., the former House Majority Leader and a member of the institute’s board, said the fate of America rests on a return to civility, both in politics and public life.

“It’s about keeping this republic,” he said.

It’s about whitewashing the ugly history of these former Congressmen, more likely. One can imagine the likes of Daschle wanting to repackage their treacherous conduct as incivility and miscommunications rather than selling out their countries for fun and profit.

A finding that ninety-one percent of registered voters agreeing that America’s serious problem is people not thinking nice thoughts about their leaders works to confirm that. Perhaps selling one’s soul for a retirement dacha in the woods isn’t such a good deal, after all.

To nudge along elected officials, the institute created a program called Next Generation, in which it shows state legislators how to work across the aisle. Despite its intense polarization, Congress even has a civility caucus, with members visiting one another’s districts to see what life is like and to learn from a different set of constituents.

God, thank you for Trump. He’s been so effective that Cuckservatives are signing up for remedial lessons in “how to reach across the aisle”. They’ve forgotten how to lose and 2020 is coming!

The group was founded in 2011, months after a shooting in Tucson that killed six people and wounded 13, including former Congresswoman Gabrielle Giffords, D-Ariz. Days before she was shot, Giffords had discussed creating an organization at the University of Arizona to study how to make conversations about politics more civil.

The shooter, Jared Lee Loughner, was declared unfit for trial because of paranoid schizophrenia. A class in Niceness could not possibly have prevented the incident, neither was the motive a desire to be rude. (After a year of forced medication, Loughner plead guilty to avoid Arizona’s death penalty.) 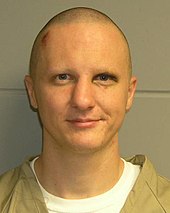 Nice mug, Jared. We were just talking about the split-face thing last post. Heh, per Wikipedia: [Loughner] attempted to buy additional ammunition for the pistol at a Walmart on the morning of the shooting, but the clerk refused to sell it to him based on his appearance and demeanor. Physiognomy is real.

Citing this incident as a founding motivation for reconciliation between White America and White America’s Destroyers reeks of partisan politics. I didn’t find a scorecard on NICD or CommonSense America’s results but it’s a safe guess that very few of their interventions ended with Leftoids admitting that Trump has valid points about America’s need for a wall.

Keith Allred… earned a BA in American History at Stanford and a Ph.D. at UCLA. An internationally recognized expert in negotiation and conflict resolution, he was a professor at Columbia University for three years before joining the faculty at Harvard’s Kennedy School of Government where he taught for seven years. Since moving back to Idaho, Keith has continued to teach in short programs for senior public and private sector executives at Harvard and Oxford. He was the 2004-2005 Church Distinguished Professor of Public Policy at BSU.

As a professional mediator, Keith has helped manage and resolve many disputes, particularly focusing on conflicts unique to the American West including disputes involving public lands, hydroelectric dams, water, and Indian tribes.

…An active member of the Church of Jesus Christ of Latter-day Saints, he served a mission to northern Germany and has served as a bishop twice.

Bishop of the Church of Nice, anyway. Mormonism means Allred has no skin in America’s survival as the nation of the Founders, which frees him to play the “can’t we all just get along?” game. A professional concern troll. 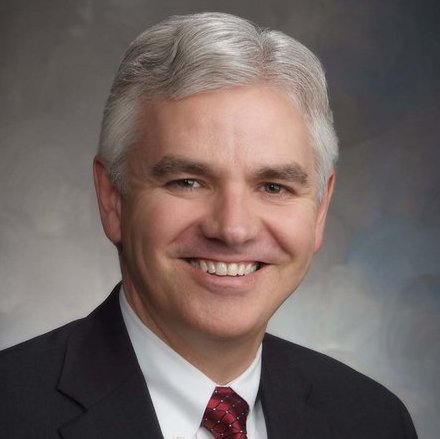 His face shape–squarish head with pointed chin, large cheekbones–is one people easily accept for leadership. No intelligence or determination lines on the forehead, uncommon for that level of education but his studies weren’t exactly quantum physics. His mind is orderly, however; no frizzy hair or poor hygeine.

An SJW near-miss, his college-induced lack of objectivity enabled him to leverage his social skills and logical mindset into a profitable career of negotiation and arbitration. I would prefer a mediator with a large lower third to his face, denoting practical focus, over a large upper third, denoting intelligence. An intelligent mediator is likely to be a manipulative mediator, steering events to the goal he’s already chosen.