My interest in true crime gave me a warm feeling of nostalgia while watching eighty kids have fun with murder… and one Grinch.

Parent claims an elf-murder activity at school left her child traumatized: ‘There was a crime scene in one of the classrooms’

A murder-themed exercise at a British elementary school has some parents bloody mad.

Flowery Field Primary School staged a murder for 8- and 9-year-old students to solve as a writing exercise, according to the Manchester Evening News. The victim and suspect were elves, which could be scary for kids, since Santa’s helpers are usually portrayed as cute and carefree creatures in Christmas tales.

Sally: Is he okay? The poor doll is going to be okay, right?

One parent told the Manchester Evening News that the activity left her child traumatized.

“There was a crime scene in one of the classrooms,” the mother, who chose to remain anonymous, said. “There was police tape and a table had been knocked over, and there were blood smeared on one of the tables.”

A tweet from the school matches this description, with photos of fake blood droplets on tables, caution tape blocking off areas of the school and police evidence reports filled out in kid scribble. 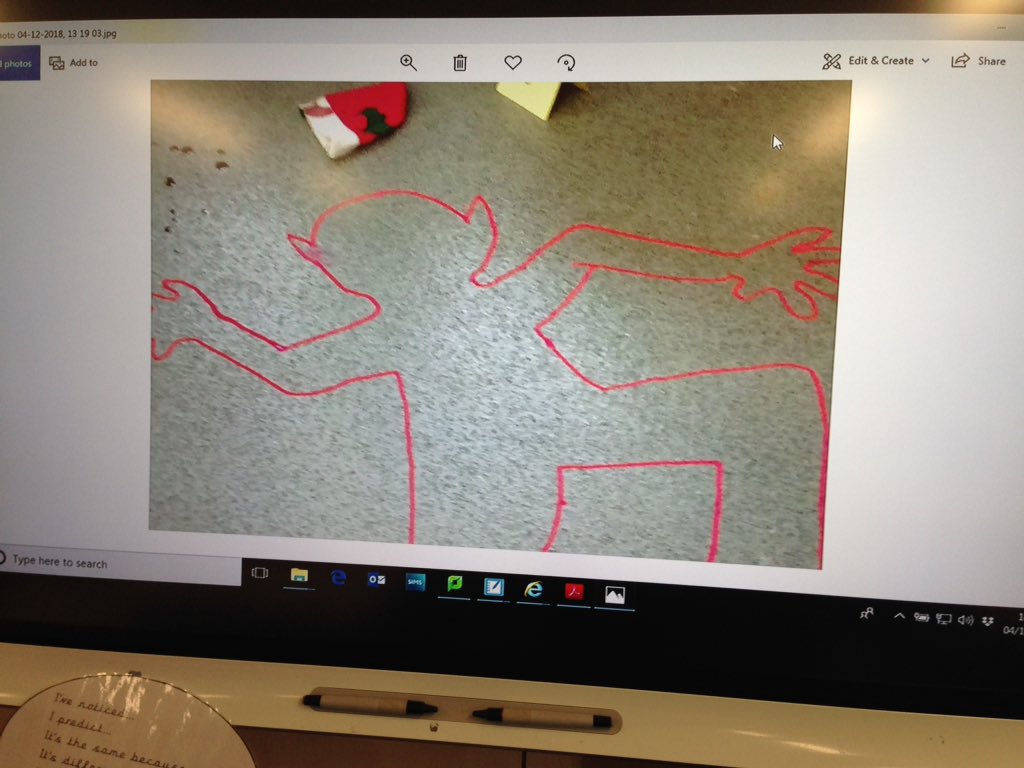 “The idea was Elf had been murdered by another Elf,” the parent explained. “My daughter came home and she was absolutely traumatised.” And she insisted that there are others who are upset with this gruesome writing lesson. “I’m not the only parent who felt like that. A lot of the kids in Year 4 were unsettled by it.”

While children are bound to learn about gruesome events in history lessons at least, the level of involvement has shaken some students. “I am very open with my children and I understand you can’t protect them from everything. But my child was very upset last night and had to sleep in my bed,” the mom said.

What a waste of a teachable moment. Does Mommy think girls should be sheltered from a harsh reality? By who, one one wonders?

She claims “a lot of the kids” were unsettled yet she’s the only one on record complaining.

The school, on the other hand, doesn’t see any issue with it and tweeted multiple enthusiastic updates on the fake investigation Wednesday. 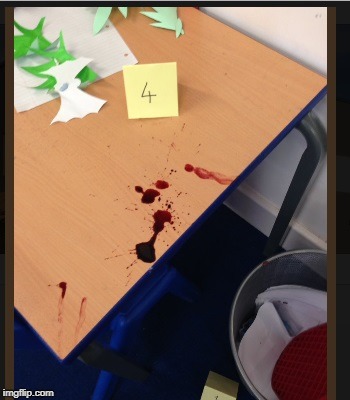 HAHAHAAA! Now there’s some Christmas cheer! I bet the boys had fun. When I was that age, I sang “Deck the Halls With Gasoline” because I had to go caroling. “Light a match and watch the gleam…” “Go home, Gunner.” “YAY!”

“The children were all excited and they really did buy into it,” Ian Fell, head teacher of Flowery Field, told the Manchester Evening News. “One of the children said to me ‘I am definitely being a detective when I grow up.’” As for the rest of the students, he claims they were all as excited. “Of all of the 90 children who took part, none of them showed anything but full engagement,” he boasted.

“I have been a teacher for 30 years and this is, in my judgment, an appropriate, engaging and exciting thing that children aged eight and nine have done. They have been so up for it,” he shared. He’s not worried about upsetting any other parents. “I am really looking forward to see the quality of the outcomes. We are not trying to keep this a secret and we will be Tweeting about the rest of exercise today.”

On social media, it seems there haven’t been any other complaints; all of the tweets regarding the lesson are supportive.

It seems there’s hope for Merry Olde England after all. ‘Tis the season for that kind of thing.