Combining the energy of the #MeToo movement with a moral fervor, students at universities across the country told The Daily Beast they are working to get pornography off their campuses.

A proto-Deep Stater. I know the type, high perfomers who line up one accomplishment after another without realizing what a bubble is forming around them. You can’t be taught to think for yourself; you have to get kicked out of the System you grew up in. I could have ended up a high-achieving midwit myself, although I was never so far gone as to wear business suits as an undergrad. Thank God, in hindsight, that after graduating I got double-slammed by women scorning me while potential employers were too busy hiring H1Bbies to interview me. I got to learn about reality. Jimmy is unlikely to be so lucky; why would Mister “G-Man since college internship in the Ivy Leagues” ever oppose Globalism? They’re such nice people and their agenda is so personally rewarding!

Face shape is similar to typical SJWs, although his mouth suggests more optimism than normally found in that group. Wide eyebrows are “visionary”, implying interest in ideas over details. Majoring in economics means he’s not that interested in logic systems.

Edit: Wide eyebrows are managerial, not visionary. I got it backwards.

Georgetown senior Amelia Irvine, a conservative firebrand, told The Daily Beast that Martinson’s letter inspired her to push for something similar at her Catholic university. She plans to recruit support over the winter break and start an open letter or petition in the spring.

Before going to Georgetown

After. Amelia doesn’t look to be settling down as a housewife anytime soon. Conserving womens’ liberation!

Students at secular schools like Harvard, Princeton, and the University of Pennsylvania also said they were excited by the idea, but were still figuring out how it could work on their campuses. At Princeton and Penn, students said they were already tabling and handing out fliers about the dangers of pornography on campus.

“I’m excited and I think we can really get this done,” Martinson said. “And I’m also confident that if we do get it done at Notre Dame, that other universities will follow suit.”

Martinson’s open letter in the Notre Dame Observer claimed that pornography teaches men to objectify women, normalizes sexual assault, and exploits the men and women involved. The men of Notre Dame were calling for a filter, he wrote, “in order to stand up for the dignity of all people, especially women.” 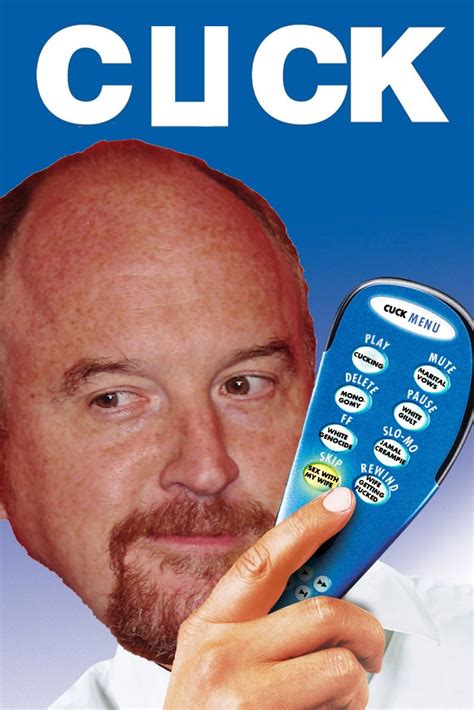 The letter was quickly followed by a response from more than 60 “women of Notre Dame,” who argued that pornography’s prevalence on campus was “preventing men and women from encountering the full personhood of one another in friendships and relationships.”

The proposal’s popularity made headlines in the conservative National Review and the frat-boy favorite Barstool Sports. The student senate discussed it at a recent meeting, according to the Observer, and Martinson said he broached the idea with administrators at the “top of the university.”

I didn’t make the meme but the pic is eerily accurate.

But a 2013 study found that the average college student engaged in “arousal-oriented online sexual activity” less than once or twice per month. A 2014 study of students across four countries found that 76 percent had viewed online “sexual entertainment” in their lifetimes, but showed “relatively infrequent experience” with the subject matter in the previous three months.

Those study results could not be less credible.

Let’s segue to the linked article about Irvine’s hetero group.

A panel of Georgetown students decided not to take action against a pro-heterosexual-marriage campus group that had been the subject of a complaint accusing it of fostering hatred and intolerance.

After deliberating behind closed doors until after midnight Friday, the Student Activities Commission voted 8-to-4 that no sanctions should be imposed on Love Saxa, which advocates for marriage as “a monogamous and permanent union between a man and a woman,” the group states in its constitution.

Student leadership. Proof that the administrators either fear their students or lack the courage to be unpopular.

In their complaint filed last month, Jasmin Ouseph, a junior from Fort Lauderdale, Fla., and Chad Gasman, a sophomore from Los Angeles, argued that Love Saxa’s definition of marriage — which aligns with that espoused by the Catholic Church — excludes and dehumanizes people in the LGBT community. They charge that Love Saxa violates university standards governing sanctioned student groups and demand that it be defunded and removed as an officially sanctioned student group.

It’s not dehumanizing to have a different definition of marriage. The Sodomites could not be more wrong on their topic yet I fully accept them as human. So does God, although that will not work in their favor on Judgment Day.

In a statement, the student-run activities commission said that while it”acknowledges and respects the concerns put forth by the complainants, the Commission did not find Love Saxa’s purpose or actions to be in violation of the Student Organization Standards.” The commission added that “it strives to create an environment among student organizations where ideas can flow freely in a civil and respectful manner,” and where there is a diversity and difference in opinion.

Georgetown is Catholic/Jesuit. Why does it tolerate the existence of LGBT students who disrespect Catholic principles of moral conduct?

“We strongly support a climate that continues to provide students with new and deeper contexts for engaging with our Catholic tradition and identity,” Pugh said in a statement. “Love Saxa is one of many groups operating on campus with positions that affirm the teachings of the Catholic Church. We also support a climate that is welcoming to all students and supporting of our LGBTQ communities.”

That is blatantly hypocritical.

In the view of Ouseph and Gasman, the commission’s vote in favor of Love Saxa was an insult and demonstrated total disregard for their complaints against the very nature of the Love Saxa’s stated mission and activities. They said that they will now take the issue up to the university administration on appeal.

“And at the end of the day, it was eight straight people deciding that being pro-heterosexual-marriage-only doesn’t also mean that you’re anti-same-sex marriage, which I find a little ridiculous,” Ouseph said. “Saying that I’m pro-white-supremacy would also indicate that I’m against racial justice. It works literally the same way no matter how you spin it.”

The lesbian is right. You cannot be pro-marriage and pro-LGBT.

Back to the original article,

Martinson said the religious aspect was important to him personally, but that he preferred to focus on the issues of addiction and objectification of women. “It’s really important to frame things from a secular perspective because you just appeal to more people,” he said.

Jimmy is such a white knight that he probably didn’t recognize this statement as open disloyalty to Christ. I hope he gets utterly ruined by a false rape accusation, for his own good, because but for the grace of God I could’ve been him: dangerously insulated and thinking I was doing the work of God by reenacting Original Sin.

One wishes that the price of wisdom wasn’t suffering.

Isn’t that interesting? Why don’t they simply say, “that’s not what God wants”? These are nominally, originally, Christian institutions. In fact, the article has this quote:

“It’s really important to frame things from a secular perspective because you just appeal to more people.” — Will Long, Harvard student

“It’s not hard to draw a connection between men viewing that type of pornography and men acting in similar ways towards women,” Whelan said. “I think that it’s much easier to objectify women and to not see them as people when you’re simply viewing them as objects of sexual pleasure.”

Normal male hormones are going to make women objects of sexual pleasure anyway. What do they teach these kids in biology class? Not “testosterone”, else they would know that “girls are sexy” is not a social construct.

There is merit in the concept of guilt by association. African pagans and Christians partnering to defend their communities from Muslim persecution is one thing, voluntarily partnering with feminists to prevent undesirable male students from any sexual activity except sodomizing each other is quite another.

The Great Feminist Debate continues! Are prostitutes emancipated women free to monetize their bodies if they wish or victims of oppressive male objectification? Still unanswered after forty years.

“Rather than judging these consensual acts, let’s celebrate that people are practicing consent and communicating openly with their partner (on screen or off),” she wrote.

God made two of me! *GQ rushes to find it*

Ah, nuts. Another cuck! He opens with this quote by a woman:

You women were made by God to be oppressed by men. Save your ridicule for the men who freed you to rebel against the natural order, encouraging you to become false men instead of beloved wives.

If you want to combat the alleged ill-effects of exposure to pornography identified in your letters, engage in counter-speech. Persuade your fellow students to join your holy abstention from pornographic consumption. Convince our community that you are right, and that we should willingly and voluntarily disengage the pornographic industry. But do not demand that you should make that decision for all of us, and certainly do not do it in my name. As a fellow man of Notre Dame, I must respectfully dissent.

I made that mistake, too, thinking people were listening to my arguments because they thought I might have had a point.

Female nature is very hidden and hard for men to recognize, let alone classify as evil. No wonder God saw fit to use that as the Original Sin, to drive home the lesson of how each sex prefers to self-destruct in rebellion against Truth. The Ivy Leagues being feeder schools for the high school locker room clique called “senior-level government”, there is little hope that the men will come to their senses without being knocked off the insulated conveyor belt from high school student body president to U.S. Civil Right Commissioner.