In my recent post on Governor-Partner Newsom, I wrote, “Just when you think Commie politicians can’t get any worse, they come out of the closet as disciples of Michael Moore as well as Bill & Hill. Sometimes, I wonder if we’ll ever pass infinity and have such a messed-up celebrity child that they end up being great.”

You know me, dear readers: I checked on that. And I found a great one, but not a good kind of great. This is the face of the Apocalypse:

Carin Canale-Theakston is the CEO of Canale Communications Inc., where she also serves as the chief culture officer, principal strategist and resident sommelier. I’m not even guessing that last one, although it’s obvious from her eyes, age and name that she’s alcoholic. I’m quoting her company website bio. More on her company later.

Why the California women on boards law is flawed

On Oct. 1, I woke up to the news that diversity is now a mandate. Gov. Jerry Brown had just signed a bill requiring all publicly traded companies headquartered in California to have at least one woman on their boards of directors by the end of 2019; boards with six or more directors will need to have three women by the end of 2021.

On one hand, I wanted to celebrate the new law. The spirit of this legislation is on target: Boards of directors are woefully under-representative of women and minorities. In fact, one in four public companies in California have zero women on their boards. That’s unacceptable.

Why unacceptable? Why do you get to come out of nowhere and demand the end of these male spaces? What gives you the right to order random strangers to do what you want and why do I not get to order you about the same way? You’re a female CEO; that’s unacceptable!

But I give her credit, she practices what she preaches. More on her representation of women and minorities when I cover her company.

But on the other hand, I wanted to cry. This bill is not the way to solve our diversity problem. In fact, boards are not the problem — they’re the outcome of it.

I am a longtime life sciences executive who has worked with hundreds of emerging biotech and digital health companies. I am often in board rooms or around executive tables where I am an “N of 1” (a single patient clinical trial) — an incredibly frustrating experience. The irony is never lost on me, considering that women, who are traditionally the chief care decision-makers at home, aren’t able to make these decisions at the highest level in the health care and life sciences industries.

If she can boss her kitchen bitch around the home then by Dagon, she can boss men around from the throne itself! Not that she ever had a family and home to know what she’s talking about.

But hey, she realizes that forcing boardrooms to arbitrarily change their gender content isn’t going to help women in the workplace. Impressive.

Boards are too late — we need to start much earlier in solving this problem.

For starters, when building a new company, diversity should be a priority from inception and should continue through all stages of development — long before a public board of directors comes into view. This includes when you raise your first external financing, as a company is inevitably required to give board seats to several of its venture capital partners — and the vast majority of the VC world is male-dominated. In addition, board seats often come with requirements around executive-level experience and prior board experience. If women lack C-suite experience, their chances of making it to the board level are greatly diminished.

CRACK-BOOM! This feminist just shot past infinity like Superman LARPing as God. We shouldn’t give women unearned boardroom seats AFTER the company is formed! We should earmark those seats BEFORE the company is formed, so the women can get the command experience they need while displacing the venture capitalists from their Male Privilege!

And let’s not forget about the women executives this bill aims to please. As a female CEO surrounded by female executive peers and clients, I can confidently say that none of us want a seat at any table that is granted on the basis of gender. At best, the bill is misguided. At worst, it’s insulting.

Yeah, right, Barbie. Unearned status & pay, spending her life among peak Alphas while an executive team of eunuchs obeys her every command? That’s the female dream. Perhaps this CEO resents the imminent competition?

As a gay woman, I’m particularly concerned at how the focus of this bill will affect other marginalized groups. Gender is an important aspect of diversity, but it’s not the only one. We should not elevate women as a priority over ethnicity, age, or sexual identification.

CRACK-A-KABOOMA!!! SHE PASSED INFINITY TWICE! She resents the imminent competition from her heterosexual female peers! “Women in the Boardroom” is bad because it isn’t “Lesbians in the Boardroom”!

A great example of where the industry can enact change without a mandate is BlackRock. Earlier this year, the world’s largest money manager said it would not invest in companies without at least two female directors. To me, this is a far more powerful statement than a piece of legislation because it’s an industry leader and influencer stating that diversity is a key performance indicator much in the way a company must be revenue-generating, or have a smart business model, or solid data.

Scripture told us about the Mark of the Beast but this… this is not the form I ever expected it to take. I solemnly swear to die before I accept the mark “Kitchen Bitch” on my forehead or hand.

No wonder the Churchians will accept the mark!

The California board law does not address what our industry really must change in order to achieve diversity.

To drive true, lasting change, our industry needs more movement and momentum than what the law offers. We need anti-bias training for senior executives and hiring managers. We need better and equitable maternity and paternity leave policies. We need equal pay. And we need the venture capital community to prioritize diversity where it has lagged behind. 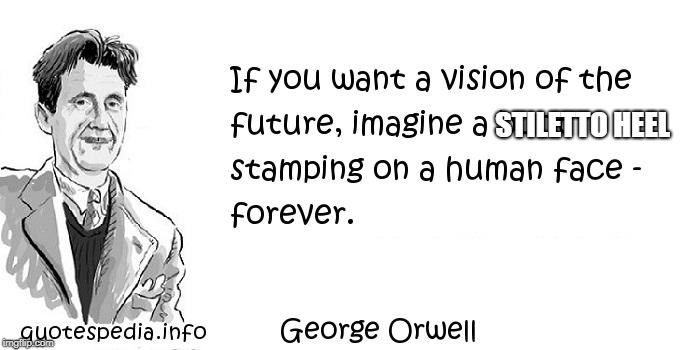 Let’s not use this law as a free pass to avoid adopting a comprehensive approach to diversity, for everyone, so that we enact, true, felt change — not just at the board level, but at every level within an organization and, as BlackRock attests, with everyone it does business.

Ugh, what a bipedal sewer of hate for white, heterosexual, productive men. But Carin’ Carin Canale-Freakston has gone one better and built herself a Converged company from the ground up. Let’s have a look at Love Canale Communications, her vision for the future of corporate America. Barf bag recommended.

At CanaleComm, life science is our single focus and always has been. It’s what gets us going in the morning and keeps us up way too late at night. Having worked with more than 250 biotech, medtech and pharma companies at virtually every stage of development, our team intimately understands the industry landscape and is uniquely equipped to translate your company’s business objectives into a communications strategy that works.

Six men to do the work and eighteen women to yap on the phone. Second row, left man is a confirmed SMV Gamma (Marvel comics in Current Year in his bio). Third row, left man is the only one whose physiognomy isn’t questionable and he’s the website admin.

Feral women are the ultimate parasite. They invade male space and reproduce while strangling the host. That roster is the endgame: enough eunuchs to keep a useless company running while women tackle real-world problems such as forcibly imposing diversity, locking down resources in the finance industry and… sexually violating their own children.

You probably thought Carin was divorced because of her hyphenated last name. I did too but when I looked for the unfortunate hubby (I thought “Mister Canale” had formed the company and his wife got it in the divorce), I found… Hillary Theakston. On the left; can’t confirm the middle man.

After being together almost 10 years, Carin and Hillary Canale Theakston are finally the family they wanted to be: a married couple with a baby.

Being married [since June 2008] was important to Carin and Hillary, both of whom work in marketing and met at a convention. Both are Type-A personalities, Carin said, so they had to feel everything was in place.

“I didn’t want people to think, ‘Oh you’ve been married for a year,’ because if we’d had the opportunity, we’d have been married for eight years, instead of registered domestic partners,” Carin said. “It’s important to me to show that marriage is just a continuation of our life together, not the beginning of a second stage in our relationship.”

Carin became pregnant, because she wanted to carry a baby and because, in Hillary’s words, she has the right hips.

…One neighbor, upon hearing that they were pregnant, exclaimed, “Oh what a lucky baby to have two mommies!”

This is what happens when a society tolerates sodomy: the kids get sodomized, the freaks join forces against the normals and marriage loses all meaning.

4 thoughts on “The Sound of A Feminist Passing Infinity”