Not Gavin Newsom… his wife. The Los Angeles Times breaks the story that Jennifer Siebel Newsom will be sharing her husband’s rule to remake the state’s cultures into the feminist Narrative.

Jennifer Siebel Newsom will be California’s ‘first partner.’ Her agenda is cultural change

Even jaded old me twitched at that headline. Equality means two governors for the vote of one! California is officially post-democracy because I’m reasonably certain nobody voted Jennifer for Governor.

It was Gavin’s big moment. But first it was Jennifer’s.

An hour after her husband was elected California’s next governor, Jennifer Siebel Newsom took the stage alone at his Los Angeles victory party to extol his win, and welcome — in English and Spanish — all Californians to their extended family.

How long until English is banned in order to make Hondurans feel more at home? For that matter, how long until indoor plumbing is banned?

It’s not uncommon for a political spouse to play election-night emcee. Less common was the message staring back at her on the electric-pink T-shirts of a cluster of audience members: WE LOVE GAVIN + JEN.

California’s first couple now finds themselves navigating notoriously thorny territory: political spouses who share double billing. The Bill and Hillary Clinton era showed how “two for the price of one” could simultaneously evoke a power couple’s combination of talents and a presumptuous elevation of an unelected wife.

Team Bill and Hillary worked great for Hillary. I hope Gavin has better luck with his mistresses. (He already didn’t. Gavin had a major mistress scandal while he was dating Jennifer, that’s how much she cared to touch his body.)

And it gets even thornier. Siebel Newsom, who has built her public persona as a documentary filmmaker and advocate focusing on gender relations, is becoming California’s first lady at the moment gender politics in the country is at its most raw and combustible, after #MeToo and the confirmation of Supreme Court Justice Brett M. Kavanaugh.

Just when you think Commie politicians can’t get any worse, they come out of the closet as disciples of Michael Moore as well as Bill & Hill. Sometimes, I wonder if we’ll ever pass infinity and have such a messed-up celebrity child that they end up being great. Other times, I remember Trump is President.

So, she’s a moviemaker? Off to IMDB, the Internet Movie Database: 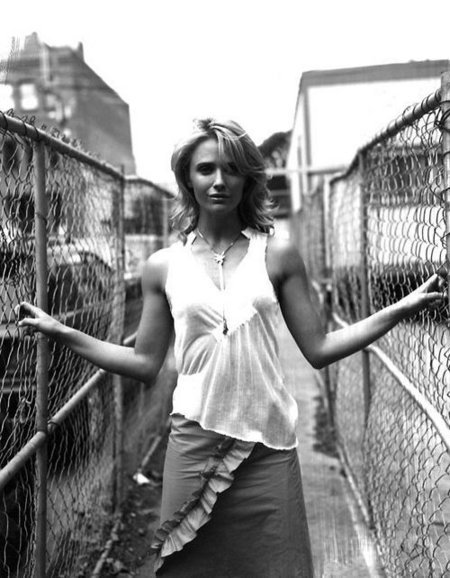 Before I check, I predict the current leader of the Sundance Film Festival is a pedoface. *checks* 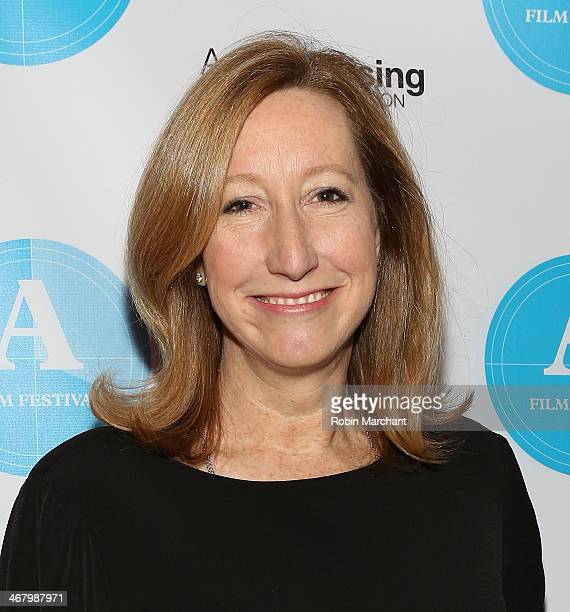 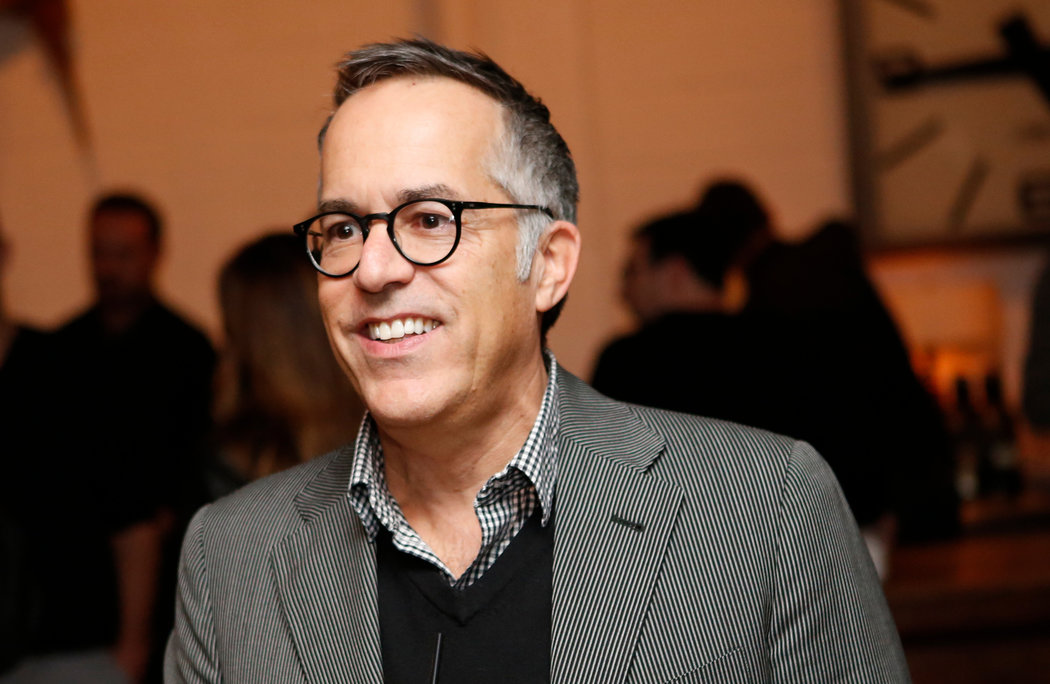 Pedoface. Physiognomy is real. Anyway, these are the people who approved of Mrs. Newsom’s movie on female sexuality.

Prior, Newsom worked on assignments in Africa, Latin America, and Europe for Conservation International, a global environmental organization, where her primary focus was providing micro-enterprise opportunities to women.

She’s directly connected to the Globalists. I’ve covered on my blog how charity organizations prioritize helping women over men in order to feminize Third World societies during times of vulnerability. It is a despicable practice.

Returning to the Times article,

Siebel Newsom doesn’t project much nervousness about the high-wire act that awaits her. She looks forward to seizing the platform and to making California the incubator of cultural change she has preached for years.

“We obviously have a long ways to go,” she said, sitting in Newsom’s campaign bus during the final days of the race. “We have tremendous inequality. But because Gavin wants to pri-or-i-tize that” — her over-enunciation echoing her husband’s speaking style — “and I’m in the process of finishing a film that I think shows a path forward … to right the wrongs of the past and shift toward a more equitable society, I really think we could actually do that here in California.

“It’s a matter of priorities and a matter of political will. And I think we will have that in California with Gavin’s leadership and our partnership.”

Go on, bitch. Spit in God’s face. Claim you have the right to decree what the little people think and do because because you became their owner when you husband got elected with the Child Molester vote. Find out how eternally wrong you are.

Then she laughed, with the satisfaction of a filmmaker recognizing a good soundbite when she hears it.

Siebel Newsom, 44, is a California native, one of five daughters in an affluent, politically conservative family from Marin County. She was a high achiever as a youth: academics (a bachelor’s degree and master’s of business administration from Stanford), athletics (a nationally competitive soccer player) and altruism (international aid work in Africa and Latin America).

Daddy was a DODO. Altruism and Africa do not belong in the same sentence.

And acting, which she decided to pursue full time after business school. But she found herself typecast in Hollywood as the trophy wife or the icy Hitchcock blond. Her age — a geriatric 28 — and her education were seen as a detriment, which led her to produce and eventually make her own films with a focus on gender dynamics in society.

Now Siebel Newsom has two under her belt — “Miss Representation,” which explores the over-sexualization of women by the media, and “The Mask You Live In,” which looks at the corrosive social pressures that boys face. A third film, “The Great American Lie,” a study of economic immobility through the lens of gender, is slated to debut in January.

Yeah, Barbie, economic immobility is horrible. If only a woman forced to marry a future state governor because she was born to rich parents would make a documentary about our plight!

Here’s the timeline of her life:

June 1974 born. Father was an investment banker, mother co-founder of a childrens’ museum in Sausalito.

So, the new First Lady of California is a spoiled Daddy’s Princess, tried to become an actress celebrity when she timed out on her MRS degree, failed in film because she didn’t have enough beauty to offset her lack of talent and connections, and then married into wealth/power in order to attack the men who never appreciated her attention-whoring and shallow gestures of goodwill.

Newsom, who has appeared in all of his wife’s films and has incorporated “toxic masculinity” into his political vocabulary, acknowledged that the #MeToo reckoning had stirred up raw emotions.

Balls in a jar. Let me segue to explain exactly how cucked-up Gavin Newsom is, by quoting his wife on her movie about male masculinity:

Meet the 2015 Sundance Filmmakers #79: In ‘The Mask You Live In,’ Jennifer Siebel Newsom Confronts Our Narrow Definition of Masculinity 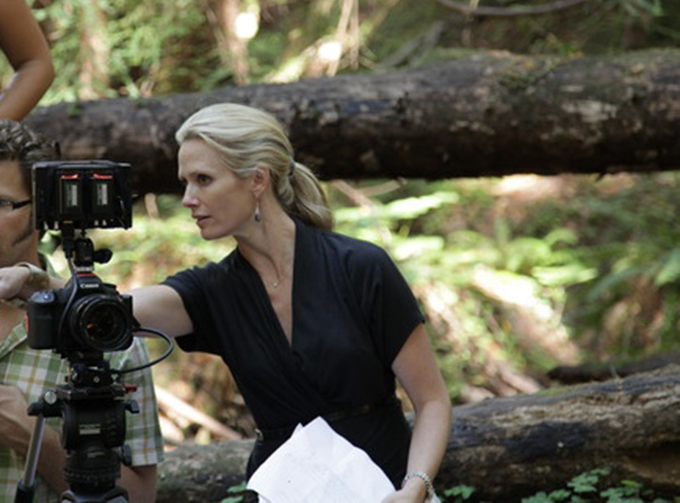 Her chest is flatter than Florida. Face is plain. Was this 34-year old, washed-up actress the best wife that then-Mayor of San Francisco Gavin could attract? He had an entire city’s worth of famous harlots to choose from. Maybe word got out after his first marriage cratered.

After making a splash with “Miss Representation” in 2011, Jennifer Siebel Newsom is back with a new documentary at Sundance. Keeping in the spirit of delving into American notions of gender, Siebel Newsom’s “The Mask You Live In” shifts the focus to men and masculinity. This probing and insightful accounting of the role of American social life, media and pop culture in gender formation exposes the damaging effects that come with limited interpretations of who and what a “man” can be. But Sundance is only a starting point: Siebel Newsom hopes to spread the word beyond Park City.

What’s your film about in 140 characters or less?

“The Mask You Live In” explores how America’s narrow definition of masculinity is harming our boys, men, and society.

Now what’s it REALLY about?

“The Mask You Live In” follows boys and young men as they struggle to stay true to themselves while negotiating America’s narrow definition of masculinity. Pressured by the media, pop culture, their peer group, and even the adults in their lives, our protagonists confront messages encouraging them to disconnect from their emotions, devalue authentic friendships, objectify and degrade women, and resolve conflicts through violence. These gender stereotypes interconnect with race, class, and circumstance, creating a maze of identity issues boys and young men must navigate to become “real” men. Experts in neuroscience, psychology, sociology, sports, education, and media also weigh in, offering empirical evidence of the “boy crisis” and tactics to combat it. “The Mask You Live In”  ultimately illustrates how we, as a society, can raise a healthier generation of boys and young men.

Apparently, by dumping estrogen in the ground water. Oh shit, she’s in a position to make that happen.

Now-Gov. Gavin Newsom chose to appear in THAT movie. I’ll guess he wasn’t the villain.

Back to the Times,

Still, Siebel Newsom has spent much of her time exploring pain. Her films and public statements focus heavily on trauma, that of her subjects as well as her own, including abuse she says she suffered from a childhood coach and Hollywood film producer Harvey Weinstein.

She talks like a victim but Harvey’s Stained Casting Couch is the only reason she ever appeared in more than a commercial.

Siebel Newsom is quick to assert she does not consider herself to be her husband’s political equal.

She’s not his equal. She’s his owner.

…Allies say Siebel Newsom’s most refreshing quality is that she speaks her mind, political politeness be damned. Crystal Strait, chief executive of Planned Parenthood Affiliates of California, which made the GAVIN + JEN T-shirts, recalled Siebel Newsom joining several prominent male politicians at a recent protest against the Trump administration.

Dear God, either show up already or drop an asteroid on Sacramento. Why would you warn us with stories like Ahab and Jezebel, the original power couple, and then not allow us the chance to avoid the same fate?