Things are reaching the point where “Husband Convicted of Murdering Wife” stories fall into one of only two categories: “Thugbait broke his toy” or “father turns violent after exhausting peaceful alternatives”.

Kenosha man guilty of ex-wife’s murder in Gurnee: ‘It was his plan to go back there and kill her’

In less than two hours, a Lake County jury convicted David Brocksom of first-degree murder and home invasion Thursday in the 2015 shooting death of his former wife, Beata Brocksom of Gurnee.

Two hours, wow. Was his lawyer a no-show?

The jury also found that the state had proven Brocksom fired the gun that killed his ex-wife, and that the act was committed in a premeditated and calculated manner, both potential factors in enhancing his prison sentence.

I haven’t covered this face shape before. It’s the pear shape–your first guess, probably. Such people have social insecurities that they handle by being sociable and agreeable with others and having strong expectations of being treated the same in return. If you encounter the pear-shape face in real life, turn up the friendliness and concern for him personally, and you’ll make a fast friend.

The “Santa Claus” beard is his attempt to hide this vulnerability. He doesn’t want to be perceived as the soft squeeze he is.

Which makes a BPD, manipulative wife his greatest existential threat, an abomination of all he holds dear. I predict a lot of “wronged father” murderers will have pear-shaped heads. 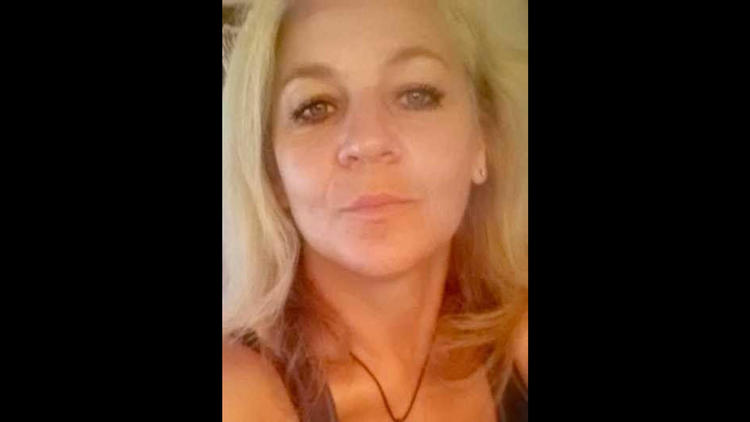 This is a poor picture for physiognomy but I’ll try. She’s quite emotional to judge from high, arched eyebrows. See that hinge point at the top of her nose? Looks like her forehead extends straight almost to mid-eye before the nose proper begins? That suggests high willpower. Emotional plus strong-willed equals manipulative. At least her lower eyelids aren’t flattened to confirm that impression. She’s clearly reaching the wall to judge from the emergence of her cheekbones but not yet “ugly hag”. This plus the kids being aged 5-10 years means she’s in the danger zone for pushing the frivorce button.

She’s not BPD crazy, that’s the good news. She’s a typically ungrateful American skank, that’s the bad news, no doubt regretting her marriage to an ordinary guy who wants to be nice to her and demands to be treated nice in return. Where are all the good men who will treat her like the whoring bitch she is?

Brocksom faces up to life in prison, and Judge George Strickland set Dec. 14 as a tentative sentencing date for Brocksom, who has been held in the Lake County jail with bail set at $3 million since his arrest. At the request of prosecutors, Strickland also revoked his bail. 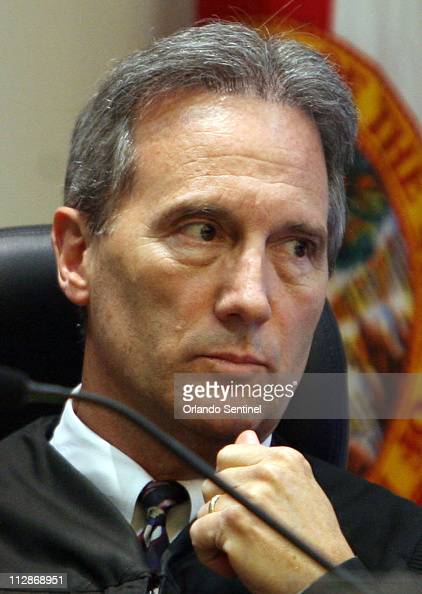 Not a bad face for a judge, although the upturned nose suggests an excess of trust.

“Justice has been served,” Mary Marquez Berrera, who had been a close friend and neighbor of Beata Brocksom, said after the verdict. “It’s been a long three years. It felt like she was here today.”

“She was here with us,” said Eva Hajnos, another close friend. “I’m very happy. Beata, this is your day.”

Hajnos said Beata Brocksom loved lilies of the valley and gave her some of the flowers for her yard. She said she was also a talented seamstress and dress designer.

The Sisterhood approves. This rules out thugbait as effectively as real evidence.

Beata Brocksom, 43, died in the early morning hours of Sept. 27, 2015, outside of her Gurnee home after being shot in the neck.

Prosecutors said David Brocksom had taken his children to a resort in the Wisconsin Dells, but left in the middle of the night wearing black “from head to toe” and drove to Beata Brocksom’s Gurnee home alone, arriving at about 4 a.m.

Assistant State’s Attorney Jason Humke said David Brocksom planned to kill Beata Brocksom and make it look like a suicide, and might have gotten away with it if she hadn’t awakened when he arrived at the house.

Police and prosecutors said a major struggle erupted between the two, and at some point, Beata Brocksom was shot in the throat before fleeing out a window and being followed by her ex-husband.

A kinder man would have slit her throat, per firearm sentence enhancement laws.

Although he had remained quiet throughout the almost two-week trial, Brocksom, 46, who chose not to take the stand, had a brief outburst Thursday morning as Humke was addressing the jury in closing arguments prior to deliberations.

“I went to the Gurnee police in 2013 and they didn’t do anything,” Brocksom shouted, in what appeared to be a reference to his allegations that Beata Brocksom had molested their daughter.

Oh, hello! I wonder why the defense didn’t bring that up?

In interviews after his arrest, Brocksom told investigators his daughter told him Beata Brocksom had molested her, which led to his driving to Gurnee from the Wisconsin Dells in the middle of the night to ask her about the accusations.

This might have been why. Nobody goes to their ex’s home in the middle of the night to talk about felony accusations.

But in a video interview, the girl said she had not been molested and had not told her father that she had. The allegations had previously been raised years earlier during divorce and custody proceedings.

There it is. Frivorce & custody dispute. Ex-wife hasn’t hit the Wall yet so you know she’s monkey-branching.

Strickland immediately admonished Brocksom and said he would be removed from the court if there were another outburst.

It’s possible Brocksom was under a gag order to not mention his dealings with law enforcement.

Humke told the jury that when Brocksom, of Kenosha, had taken his two children to the Wisconsin Dells and was already planning to use that as his alibi, hoping to get away from the home and back to the Dells resort after killing his former wife.

Brocksom’s plan, Humke added, was to make Beata Brocksom’s death look like a suicide by gunshot, but that she awakened when he entered her Pacific Avenue home, then fought back as “her will to live” destroyed that plan.

The prosecution wasn’t much more competent. There were no signs of forced entry so either David politely rang the doorbell and she let him in, unlikely, or let himself in quietly enough to not wake her. What woke her up at 4am?

Humke suggested the motive was an ongoing bitter child custody dispute that had left both parents struggling financially, with ill will growing quickly between the two.

“It was his plan to go back there and kill her,” Humke said. “It was the solution to all of his problems.”

Humke said the results left Beata Brocksom dead and the couple’s children without a mother.

If we’re going to play that game then law enforcement’s results left the couple’s children without a father. Bad cops! No donut!

Humke also showed slides and address lists Brocksom made in a spiral notebook later recovered by police through his girlfriend. A things-to-bring list included black clothing and a “bag of GSR,” which prosecutors said stands for gunshot residue, and that Brocksom planned to put it on his former wife’s hands after killing her to make the death look like a suicide.

A things to do list included “Key, Open, Do it, Prints tools and bags, leave, lock doors.”

Humke also said that Brocksom’s claims that his wife let him in the house were “ridiculous,” adding that she had told friends she was afraid of him. Humke added that Brocksom showed up at her home at 4 a.m. dressed all in black “like some ninja.”

Prosecutors have suggested he had a key copy made, possibly by using one of the children’s keys.

Defense attorney Gabe Conroe began his closing arguments to the jury by apologizing on behalf of Brocksom for his outburst, stating that it was unacceptable but brought on by the emotional toll of the trial.

Conroe said the death of Beata Brocksom was a tragedy, but also that she was “a troubled woman with rage, and that rage was focused on (David Brocksom).”

According to Conroe, Brocksom went to talk with his ex-wife about what his daughter allegedly had told him, and that she let him in the house but then struck him with the gun she was eventually shot with.

That’s a pathetic story to tell the jury. I have no picture of Conroe but per my search, he was apparently practicing traffic law as of 2013. My guess is he was willing to represent Brocksom for cheap in return for his first murder trial.

Me not being a lawyer, I would have have repped Brocksom by painting the ex-wife (and police, if there’s any truth to his outburst) as an emotional vampire that drove him to desperate measures to defend his kids… which is likely the truth. More below.

He said there were no signs of forced entry to the home, and that the narrative Brocksom gave to investigators was largely collaborated by evidence. Specifically, he noted that Brocksom said he was bleeding profusely as the two struggled and fell onto a bed in the living room where Beata Brocksom was shot.

Conroe said tests showed that blood on the bed, the nightstand and a lampshade next to the bed all came from David Brocksom.

This proves David was a tyro at violence. He had every advantage over her and HIS blood ended up splattered everywhere?

David Brocksom said the struggle continued after Beata Brocksom was shot in the neck, and that he initially thought he had been shot.

Brocksom told investigators that after he believed his former wife had died outside of the house, he moved her body closer to some bushes, cleaned up his wounds in the house and then drove to his mother’s Kenosha home where he was living to shower before driving aimlessly for hours until he turned himself in to Gurnee police that evening.

She got the house in the divorce.

We can paint the picture. Barbie went feral for cash & prizes right on schedule, with the kids aged 5-10 and the Wall looming near. After a bitter custody battle, they ended up with shared custody of the kids. David became convinced she (or her new lover) was sexually abusing his children. Going to the police didn’t help. David was left with three options: 1. Give up and watch his kids suffer for years. 2. Devote his ruined resources to years of court proceedings that, at best, would protect his kids too late. 3. Butcher the pig. Done in a day.

But David didn’t want his kids to be orphaned. He also didn’t want them to grow up knowing “Daddy murdered Mommy”. So, instead of planning a smart murder–just cap her, hide the body and hope police don’t find enough evidence to prosecute until the kids grow up–he came up with a hopelessly elaborate scheme to make it seem like a remorse-motivated suicide. That would have fit well with his personality.

Once he was standing over her with a handgun in the dark, however, that same personality kicked in and he chose to ask “why did you ruin us all” one last time. She having the heartless soul of a woman, seized the chance to defend herself and nearly pulled it off, so in love was David with her STILL. But a lucky, hasty, unaimed shot by David to her throat ended up fatal.

David cooled off, realized with his mashed face that there was no chance the police wouldn’t solve the murder before lunch and turned himself in, hoping that one day his kids would understand.