It’s always heartening to see a guy realize the shit sandwich of modern life and begin to respond rationally. Even more so when Manospherians are helping him do it. We’ve been watching Mr. Hawkins for some time now and he’s so close to waking up, it’s not fair to him.

5 Reasons Americans Are Living Through a Sex Recession

We the Red-Pilled know it’s just the one reason–women are encouraged to favor Alpha Tingles over Beta Bucks–but Hawkins has a thing for “5 Reasons for Whatever” articles.

No civilization in human history has been as sex-drenched as modern-day America. … Yet, intriguingly, according to a much-discussed article in the Atlantic, Americans are in the middle of a sex recession.

It seems straightforward. When one of the basics of life is denied, society gets obsessed with it. “Why do you talk about sex but never do it?” “Because it’s too expensive and risky. Same  reason I watch extreme sports but never ride a bicycle off a cliff.”

Meanwhile, the U.S. teen pregnancy rate has plummeted to a third of its modern high. When this decline started, in the 1990s, it was widely and rightly embraced. But now some observers are beginning to wonder whether an unambiguously good thing might have roots in less salubrious developments. Signs are gathering that the delay in teen sex may have been the first indication of a broader withdrawal from physical intimacy that extends well into adulthood.

What happened in the 1990s was the Internet allowing men to start comparing notes on female behavior. “Where are are the good chumps?”

Over the past few years, Jean M. Twenge, a psychology professor at San Diego State University, has published research exploring how and why Americans’ sex lives may be ebbing. In a series of journal articles and in her latest book, iGen, she notes that today’s young adults are on track to have fewer sex partners than members of the two preceding generations. People now in their early 20s are two and a half times as likely to be abstinent as Gen Xers were at that age; 15 percent report having had no sex since they reached adulthood.

Nota Bene, San Diego State University is America’s top-ranked party college. Professor Twenge is in a position to do hir research just by trawling the cafeteria and making weekend trips to Tijuana with the boys.

Another Nota Bene, this is Professor Twenge: 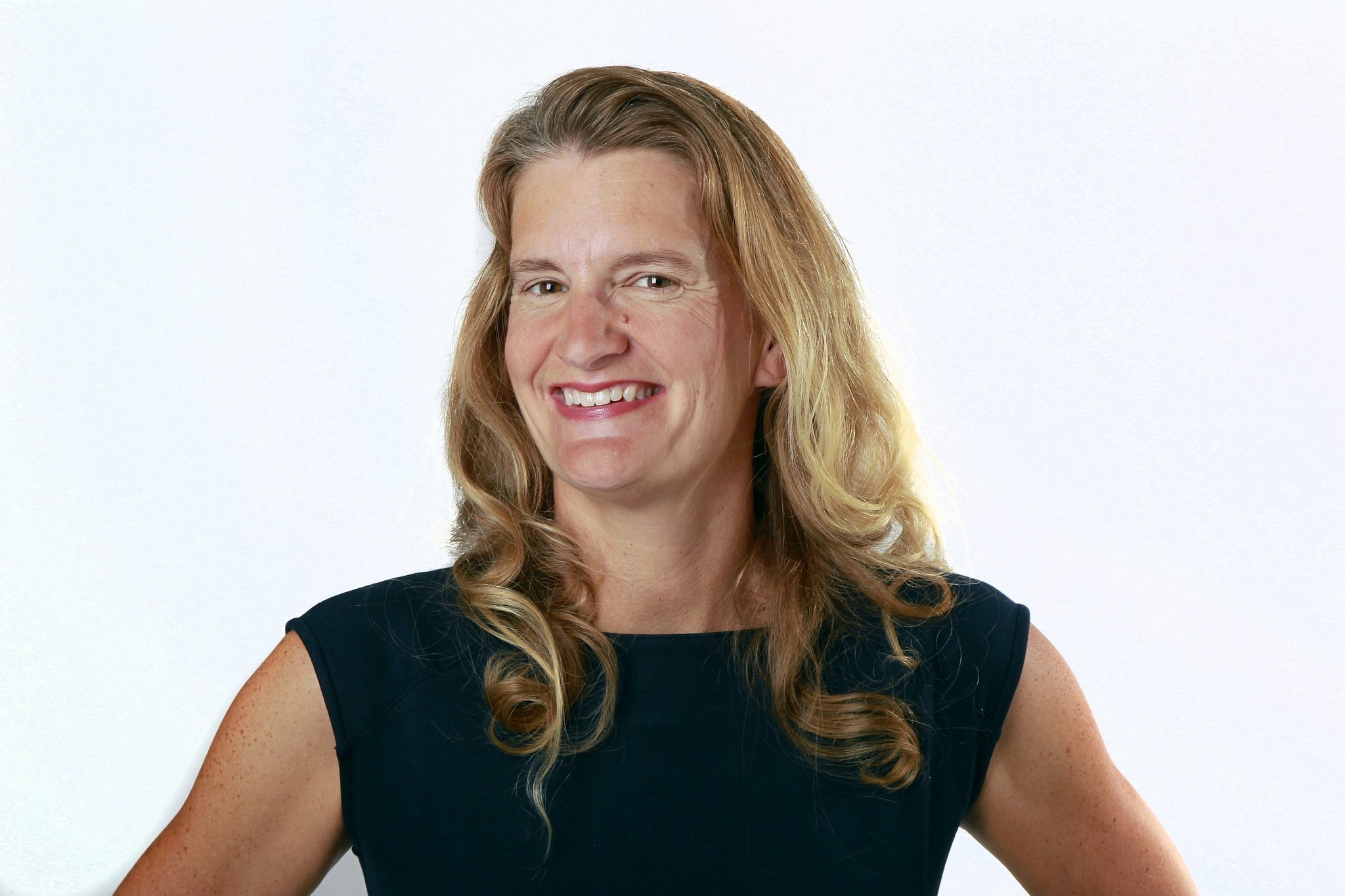 I would trust hir on sex trends and maybe hormone therapies. Nothing else.

If we could chalk all of this up to a revitalized Christian church that was inculcating old-school moral values into kids, that would be good news. However, if anything, the church in America is in decline.

The church is supposed to be providing the healthy alternative. It’s not just in decline, it’s part of the problem.

So, if we’re talking about sex more than ever, focused on sex more than ever, and there are seemingly fewer impediments to having sex than ever, why are we not having more sex? The Atlantic has some theories, but I think that for the most part, it missed the boat on the real reasons behind this.

The Atlantic wouldn’t be able to pronounce MGTOW even with a Speak & Spell.

There are all sorts of arguments and counter-arguments about whether pornography is physiologically detrimental to men. I’m strongly inclined to believe that it is, but wherever you fall on that particular argument, here’s what can’t be argued: it’s training men to become sexually aroused by something other than normal sexual contact with a woman.

That’s a bold statement for a simulation of normal sexual contact.

Furthermore, while pornography has been around as long as mankind in some form, porn-streaming websites are a completely different animal than what humans have been exposed to throughout their history. We now live in an era where a man can see a hundred different naked women of varying colors, sizes, ages, and body types performing an unlimited number of different fetishes before breakfast. He doesn’t have to buy them dinner. He doesn’t have to talk to them for three hours. He doesn’t even have to get out of his underwear and ratty t-shirt to get sexual satisfaction. Does that make pornography a replacement for women?

Yes. Totally. For the very reasons he mentioned.

No, but it’s very easy to see how it makes interactions with women less natural, less exciting, and less necessary.

He’s still blaming the men but wait, he’s about to admit the cracks in the Matrix.

2. The proliferation of entertainment choices

That’s what the following is titled… but what Hawkins actually talks about is economics:

There’s a concept in economics called “opportunity cost.” Basically, it just means that you can’t use the same resources for two things. You can’t use the same $100 to buy groceries and gas or you can’t buy $100 worth of groceries and use the same money to invest in stocks. In other words, to take advantage of one opportunity, you have to forego the other. Think about that concept in regards to entertainment. … When our ancestors had a choice between sitting at home watching the fire until it burnt out or going out somewhere where they could meet girls, it was a pretty easy decision.

They would fuck at home until the fire burnt out. The appeal of not having to “go meet girls” to get action remains today. As he continues to say:

For a lot of Americans, watching Walking Dead marathons and trying to get to level 92 so you can save the princess from the Big Boss is often more appealing than going out somewhere hoping to meet a girl.

Bowser never gave Mario a social disease then cried rape. And he always showed up on time!

Irrelevant. Men shouldn’t socialize platonically with women for their own sanity. I remember the few times I’d been on a date. She talked nonstop about God only knew what & why, while I kept thinking about the distance between a first date and jumping in the sack. A couple years to proof each other–a formal courtship–she better not be a Bridezilla–no nookie before the ceremony–back to the start if she doesn’t work out–I can’t do this. I gotta hump NOW!

Then she said, “you look uncomfortable.”

4. Less attraction to the opposite sex

This is because, last I heard, the Japanese maintain their ancestral practice of harpooning their whales.

The farther we move away from the sexual ideals of the other gender and toward being a bunch of overweight girly men and chubby butch chicks, the less sex we’ll be having.

Except it’s the girly men who get sex. Exhibit A: Gay Frogs. Exhibit B: Professor Twenge.

When I interviewed the notorious pickup artist Roosh, one of the things we discussed was how ego inflation has impacted women.

STOP THE PRESSES! Hawkins listened to Roosh about female ego inflation! And admitted it in public!

What’s ego inflation? Well, imagine that you’re an attractive woman 100 years ago. There’s no Internet, no social media, and no online dating websites. You probably don’t travel a lot and large cities aren’t as prevalent. How often do you hear that you’re attractive from the opposite sex? A few times per week? Maybe? Now take an equally attractive woman today. She puts up a picture on Facebook or Instagram and gets hundreds, maybe thousands of likes. Guys she doesn’t know are sending her pictures of their junk every week. She gets on an online dating website in a big city and gets 100 responses per day (or several hundred in a month in a smaller city). Even an average woman gets far more ego inflation in a day than an attractive woman used to get in a month in your grandmother’s generation. So, what happens? Well, because these women dramatically overestimate their value in the sexual marketplace based on the overwhelming response they’re getting, they reject the sort of men they could reasonably land and hold out for men who aren’t going to be interested in them.

Hawkins makes it sounds like the situation isn’t her fault but it totally is. I saw a group of pretty girls at the grocery the other day and realized it was the first time I’d seen pretty girls in public in months. Girls don’t go out anymore. They don’t want to meet real men. They revel in the online ego inflation while lining up for Alpha cock, monetizing their bedroom camera and keeping vampire hours on the nightclub scene. At no point in the process is acting feminine and meeting real boys valuable to her. In fact, being seen with unsexy men will, to the female mind, reduce her attractiveness, as will being randomly hit on in public by “creeps”.

But Hawkins isn’t trying to isolate himself in denial and Sunday school. He’s coming around.

2 thoughts on “John Hawkins Channels Roosh Into the Mainstream”