Ah, the sweet sound of Elites screeching at their slaves escaping their plantation. 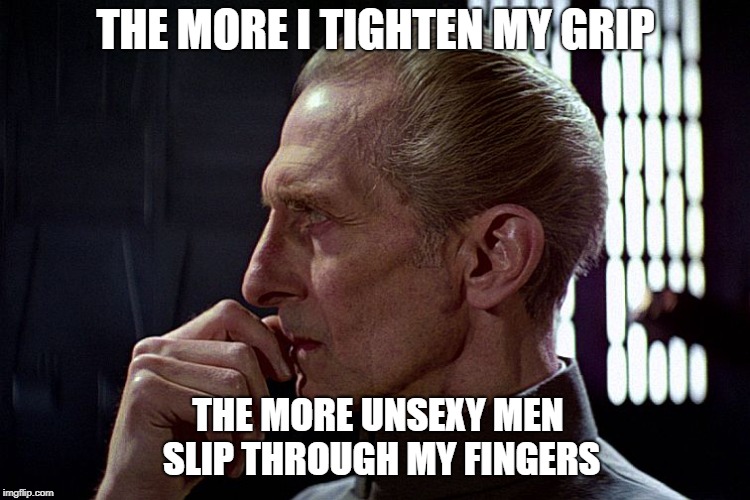 The Disengaged Are Destroying America

There is no shortage of emotion on the part of the two-thirds of American adults who harbor strong feelings about the condition and direction of the country. During the past decade, in particular, activist conservatives and liberals have been feverishly pushing their ideals and desires for the nation in full view of the public.

The clash of worldviews represented by those two factions has created something that feels like an angry stalemate in which America is not making any progress. Some have called it a (mostly) non-violent civil war. We are definitely in a time of agitation, desperately seeking resolution.

People don’t know their terms. What we have coming is a persecution, not a civil war. One can’t fight a war without government backing and no government in USA dares even to be civilly disobedient when nobody is watching.

So if we are in a democratic republic, why aren’t things changing for the better?

Because women vote and democratic republic is an oxymoron.

One reason is that we lack leadership that is coalescing the people around a positive, shared vision of America. We experience that paucity of leadership everyday, as Democrats and Republicans, liberals and conservatives, Christians and non-Christians, Millennials and Boomers, whites and non-whites express their divergent perspectives and refuse to give an inch. Without strong leaders casting a compelling portrait of a superior future and shows us how we can move forward, that existing animosity will not end.

He’s cucking. The Left has excellent leadership whereas Cuckservatives act like the only joy they can experience anymore is betraying their constituents.

But another crucial component of our national stalemate is the large share of the voting-age population that is disengaged from the multifaceted battle of worldviews. These people are the tiebreakers. But they refuse to show up.

There are two key segments of the disengaged. The first is those who have moderate views – i.e., obstinate ambivalence – on both politics and theology (31% of the adult population). They will not take stands on the important issues of the day, from immigration to abortion, from the veracity of the Bible to the role of Jesus Christ in modern life.

The second segment is people who are not registered to vote and pay little attention to political news and information (21%). There are times when all of us get frustrated with the political system and its players, and harbor ill-will toward the biased media. But rather than work through the garbage and distortions in the pipeline, the disengaged retire from the game altogether.

Obviously, these two groups are kissing cousins. In total, 35% of adults fit one or both of those categories.

Their ambivalence is obvious when you see that:

Why are such a bland feelings and lack of participation a problem to harp on? Because, unfortunately, this group of absentee citizens may hold the future of our nation in their hands.

We are essentially in a political impasse and they hold the tiebreaking vote. Imagine if the U.S. Senate had an evenly-divided floor vote and the Vice President refused to show up to cast the deciding ballot. What would we call the VP? Irresponsible. Abandoning his civic duty. Wreckless. Uncaring. Derelict in his duties.

We would say the VP wanted the vote to fail without taking the blame for it. When the President does this, it’s called a pocket veto. All Presidents do it and none have ever been called reckless or derelict for it.

Conservatives and liberals want to change America. But the Disengaged, through their apathy and ignorance, are effectively destroying it.

Good riddance. Neither side cares about us, therefore we don’t care to take a side.

Let me make this even clearer. The latest ACFI survey asked people to summarize their feelings about capitalism, socialism, and democracy.

Republicans, Democrats, conservatives, and liberals agree on very little. But three-quarters of them expressed positive feelings about democracy.

That’s the problem. They all agree that democracy is a good thing even though it leaves us productive men without representation.

The Disengaged? Just 37% of them had positive feelings about the basis of American civic life. A majority said they were either undecided on the matter or had no feelings at all.

When asked to make a choice between capitalism and socialism, conservatives overwhelmingly opted for capitalism, liberals vied for socialism. The Disengaged? A majority of them (56%) said they had no preference.

No preference between conservatives and liberals, he means. Both of them want socialism in fact but not in words. Feminized democracy is always a transition state to socialism.

Part of the challenge may be their lack of information. Whereas two-thirds of the engaged population follows news about politics and governance “a lot” or “quite a bit”, few of those who are Disengaged pay attention to such information.

These are the people who don’t know and don’t care. Their failure to participate in the battle for the nation’s future is paralyzing us all.

Most of us stop being informed because the news is too regularly pessimistic for mental health. I have never known hope for my society in my entire adult life.

On the one hand, I hate to have these cultural sluggards shift the direction of the nation one way or the other. Will they be as irresponsible in their choices as they have been through their disengagement?

On the other hand, if they do not engage, without vibrant leaders suddenly emerging to put the nation on course, we will all continue to suffer. If the Disengaged would man-up and uphold their civic duty to participate in national life, we could break out of our political paralysis. Wouldn’t it be better for the nation to move forward than to continue our agonizing slide into the quicksand of ambivalence and throes of political chaos?

Wouldn’t it be better if you wondered why we disengaged instead of complaining we won’t pick a side on America’s Bifactional Ruling Party? You’re a professional pollster. You could ask us. And not like this:

If you are among the one out of every three Americans who fit the description of the Disengaged, would you please invest yourself in your own (and everyone else’s) future by getting involved in the society around you? We know you’re busy and overwhelmed; the rest of us are, too. Hiding from cultural controversies or not “taking a stand” is not helping you or your countrymen. There is no real value in staying neutral. Please, spend a little time studying the state of the union and the opportunities and challenges that lie before us. Figure out what you believe and how to translate those views into positive action.

No, you don’t have to be a brain surgeon or rocket scientist to take your obligation to your country and freedom seriously. Less than one percent of us are in those heady professions yet we’re engaged in the admittedly messy sociopolitical process, trying our ragged best to make the world a better place. We need your help!

Ah, there it is. You need our help… but you didn’t give us a reason to help. This entire article, Mr. Barna, you’ve complained how we aren’t carrying water for anybody yet never suggested why we should. A special thanks for telling us it’s okay to be stupid if only we do as we’re told.

You won’t get our help until you give us MGTOWs a seat at the table. A reason to care. You’ll find us poolside, looking after our own affairs whenever you’re ready to give a damn. Please have payment ready in the forms of money, respect and virgin daughters.

Because right now, whether Liberals or Conservatives win, we will lose. They are both globalists. Even Trump, despite being a massive improvement over the Magic Negro, acts like America’s problem is elements of the bureaucracy rather than the bureaucracy itself.

In closing, Barna gives away what solution he wants with his talk of political strongmen. We experience that paucity of leadership everyday… Without strong leaders casting a compelling portrait of a superior future… without vibrant leaders suddenly emerging to put the nation on course… for the love of God! Does he not realize what he’s calling for? He’s calling for a powerful, despotic leader who will force solutions to our society’s leadership-inflicted ills upon us all.  This upfront refusal to allow ordinary men to live their own lives is EXACTLY why MGTOW is a thing.

George Barna despises men who check out and don’t contribute while simultaneously calling for the Antichrist to show up. Would it kill him to make a better offer than help me enslave all humanity?