A CEO named Kyle Reyes decided to assemble a hiring test to screen out time-wasting, emo snowflakes without asking any legally prohibited questions. It’s been making the rounds for over a year, apparently.

Wow.  Apparently this Snowflake Test was quite the talk of America.

I’m not going to lie … it’s been an exhausting – yet incredible – media tour.  I’ve been blessed to be on Fox and Friends four times, The Kennedy Show, Varney and Co., Risk and Reward, and more than 100 radio programs.

Why so much excitement over it?

A marketing company’s CEO wonders why people are excited about him? Isn’t that his job? My bullshit detector just tripped.

“I’ve been blessed” is a phrase I only hear from charismatic Christians, New Agers and witches.

I like to think it’s because patriotic Americans are sick and tired of the sniveling, whining, entitled brats who believe that everything should be handed to them on a silver platter.

And of course that line right there is going to trigger many of them, sending them crawling out of their safe spaces with lines like “we are snowflakes but snowflakes make blizzards!” and “you’re such a sexist, racist, homophobic bigot that I’m going to burn down your business.”

I’ve spent my entire life in urban California during its Queering/Convergence and I’ve never seen or heard anything like what he’s talking about.

Unfortunately for you tender souls, I’ve now had hundreds of companies reach out to me with overwhelming support and encouragement … letting me know that they too will be implementing similar tests to take out the trash before it starts stinking up their business.

Instead of accepting a dime for the test … I’m going to go ahead and share it now with all of America.

On that note, it’s archived here with its author’s permission:

As a prospective employer, I’m not impressed with the list. The best way to snowflake-guard is simply to hire for the dirty ditch-digging jobs and then promote internally. Men will either wake up or check out. Barbie will quit the first time she breaks a nail. Not hiring college grads for work not needing college education is also a good step. No questionnaire needed.

In fact, I accuse the list of being Boomer bait. It’s not offered in good faith. Questions #1-4 are mooted by future contract negotiations; bringing them up as screening questions is how one screens out strong negotiators who know to not commit themselves so early in the hiring process. Questions about guns & politics don’t screen out liberals; I have pictures of Antifa training camps to prove it. And some of these are outright childish, such as #11, #12, #20 and #28. I hope everybody’s answer to #26 was get the heck outta there instead of ambushing a random stranger because another random stranger told them to.

A third of the questions are already common, a third are of “Are you an emotionally unstable individual?” quality and a third are the sort of thing Tradcon Republicans tell themselves to get their dicks up enough for birthday sex. Suffice to say, the practical result of armed patriots’ fearless courage against evil is that yours truly can now use the ladies’ room at Burger King. I got no time for this kind of pretention and the fact that it’s gotten Kyle a free year on the conservative talk circuit tells me he really is a damn fine marketeer… but not a good hiring manager. Kyle is a fraud. 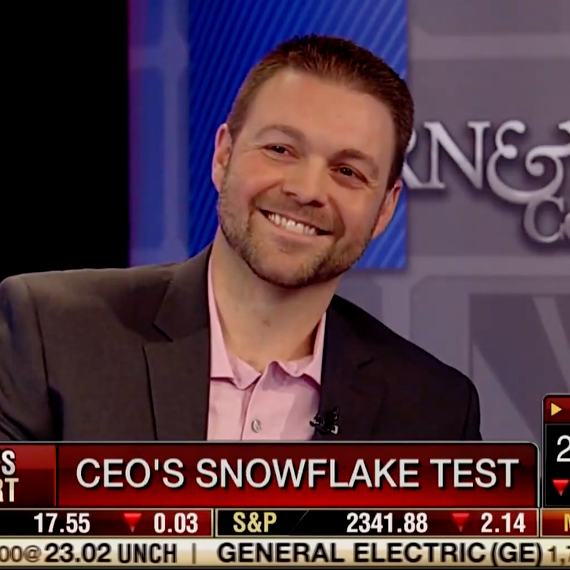 CEO Kyle Reyes. Quite a change from the previous granite-face of Ret. Gen. McChrystal. He has the cutting eyelid on the right side of his face. Winged, rounded eyebrows like his–heavy on the inside, lightening on the outside–are “visionary” eyebrows, indicating a preference for beginning tasks rather than completing them. The reverse, “managerial” eyebrows thick at the outside and thin on the inside, indicate completing tasks over starting them… a good implementer, or manager, of a higher-up’s ideas.

He has a tribalist’s wide nostrils and no intelligence or determination lines on his face. (No intelligence lines means bad at complex topics, not a lack of wisdom or cunning. A quadlingual professional interpreter might have no intelligence (horizontal, parallel) lines on the forehead.) In the second picture, what straight man still wears a pink shirt? No chance his wardrobe is uninformed.

That half-beard screams lumbersexual but Reyes wears it better than most, so it’s a very deliberate attempt to display masculinity without actually having masculinity.

So, Reyes is a planner with poor followthrough, an emo dude projecting masculine confidence and a Machiavelli in the ways he interacts with the outside world.

Reyes is a confidence artist trolling his own customers with this Snowflake Test. He probably only made it publicly available because the scam’s profitability was dying off and now he’s off to some other get-rich-quick scheme. Marketing is a good fit for the con artist, where ego and show are more important than measurable performance.

8 thoughts on “Burning the Snowflake Test”