How does The Onion stay in business? Headlines these days mock themselves, like “Brett Kavanaugh Survives #MeToo Witch Hunt, Hires All-Female Support Staff”. Or this one:

A woman told Frontier Airlines she was bringing an emotional support animal along when booking a flight from Orlando, Florida, to Cleveland. But the airline says she neglected to mention a key detail: Her animal companion was a squirrel.

Cats and dogs are allowed in the cabins of Frontier flights, but squirrels and other rodents are not. The carrier said police were called when the unidentified woman boarded with a squirrel and refused to leave the plane after airline employees explained the policy to her Tuesday night.

Exotic support animals first came to my attention with a sea lion support animal but that turned out to be an April Fool’s hoax. Too much, too soon…

As she is taken off in a wheelchair, the woman tells onlookers to “shut up” before raising her middle finger. Amid scattered applause, she gives a thumbs up and thanks those watching, the video shows.

Other accounts say specifically that the applause was what prompted her to throw the bird with one hand while carrying the rodent in the other.

The airline said in its statement that police were called after the passenger was advised of the policy but refused to exit the craft.

The online attention is reminiscent of that received by a woman’s attempt in January to bring her emotional support peacock on a United Airlines flight from Newark, New Jersey.

United and other carriers have since restricted the types of comfort animals allowed on planes, and Frontier is limiting emotional support animals to a single cat or dog as of November 1.

CBS didn’t name her in order to respect her privacy, which Mizz Nutzz promptly threw away with public complaints about the flight’s passengers cheering her departure. Or should I say, Cindy Torok of Cleveland: 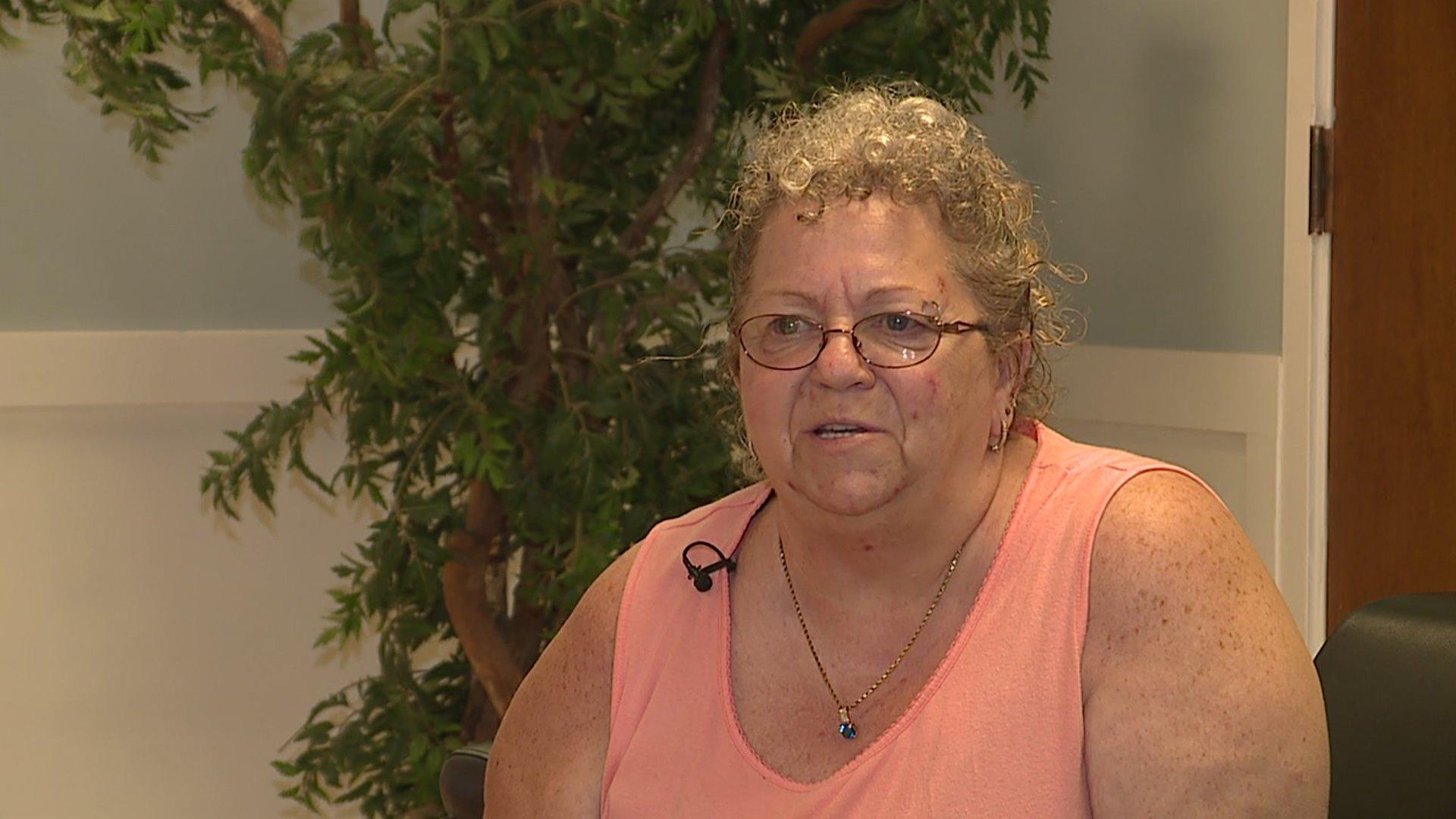 I don’t doubt that she needs an emotional support animal but I am surprised that a wimmin of her body mass hasn’t yet crushed little Daisy the squirrel like crackers in a fat man’s bed. 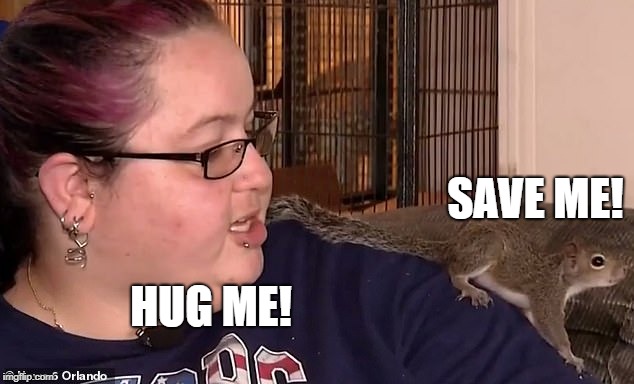 Yeah, that’s Cindy. She may have been inspired by none other than… Florida Man!

A Florida man has been served with an eviction notice over his emotional support squirrel.

Ryan Boylan, 40, of Clearwater, says he needs Brutis to deal with anxiety from a long ago car accident but Island Walk Condominiums says the squirrel needs to vacate the premises because she is putting other residents at risk.

“There’s absolutely no way I would give her up. I’m not sure how an animal that weighs less than two pounds can harm anybody,” he told WFTS-TV.

Boylan told the station he fell in love with Brutis after nursing her back to health after Hurricane Matthew more than a year ago. The squirrel has the run of Boylan’s apartment. One of her perches is the ceiling fan.

The condo board found out about Brutis in April when a dog chased the squirrel up a tree, WFLA-TV reported Friday. 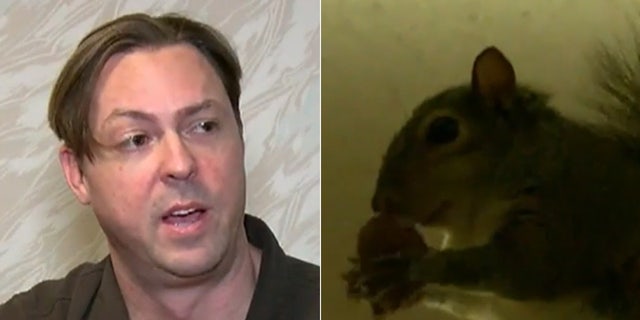 I can sympathize with Ryan. That’s a plausible backstory, PTSD is no joke and a support animal in one’s home is not the same as a support animal in a confined space with a hundred other people. His phyiognomy strongly suggests a warm-hearted kind of guy rather than a ZFG commando. He needed someone to care about, rescued an injured squirrel and they bonded? Okay.

But the homeowner association has GUIDELINES!

“It’s just like with any animal, you can have the nicest dog and they could bite somebody, it’s no guarantee,” Sherry Arfa, a former condo board member, told WFLA. “If it was a gerbil or something that your grandkid had hiding under the bed, I’m sure that would be fine. But a squirrel is a wild animal.”

Her reasoning makes no sense. An animal’s threat to humans is physical as well as behavioral. If it can’t penetrate your tennis shoe then you’re safe.  Hmm… I should check that… in 2015 worldwide, the human death toll by squirrels is three German squirrel breeders. That’s three higher than I expected. Also, one attempted murder in 2008, link here:

I can’t find a picture of Sherry Arfa but anyway, it’s very rude of her group to try and kick a man out of his own property for having a pet so dangerous that it once got treed by a dog.

Meanwhile, has Chunky Torok had her rabies vaccination?