Another one for the funny files. It’s Friday, yo! And this one has an important piece of physiognomy that I’ve been mediating upon.

The woman reportedly hit a security guard with a fanny pack in Fairfax. Officers later found a live pigeon inside that fanny pack.

FAIRFAX, VA—A commotion at the Social Security Administration office in Fairfax escalated into something more bizarre when the suspect was arrested Tuesday.

Around 10:24 a.m., officers responded to the government office at 11212 Waples Mill Road for a report of an assault on a security guard. Police say a woman was yelling at employees, prompting the security guard to approach.

Sounds like Cankle Barbie got her Social Security demands rejected. I’ve met a few public-money parasites and it’s tragicomic how they worry about and track those monthly checks like a football zealot does his local team. They have hours-long gossip sessions, comparing notes and complaining to anybody who hold still about the horrors of gov’t until they get their check and calm down like a baby on a pacifier. Sucking on the public teat, indeed.

She responded by striking him in the head with a fanny pack. When the guard escorted her out of the building, the woman reportedly took out a knife and threatening him.

A Fairfax County officer located her nearby and took her into custody. When they searched her fanny pack, officers found a live pigeon inside.

I love to imagine this scene.

Guard: “As of now, you are trespassing on private property. Leave or I’ll… um… what’s that noise coming from your crotch? Sounds like ‘oops’?”

Guard: “I get paid ten bucks an hour for this?”

*Woman beats him with fanny pack*

Guard is surprised to be alive. Most women carry everything and the kitchen sink in their bags but this pack feels padded, like it’s filled with down or something.

Woman: “WHY YOU KEEP HITTING YOURSELF WITH MY SERVICE ANIMAL?!”

Officers took the pigeon to the Fairfax County animal shelter, where staff determined it was not injured. The bird will be released into the wild once the police investigation concludes. 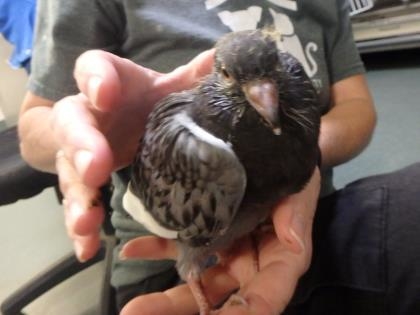 How cute! Worst molting season ever for this poor bird. 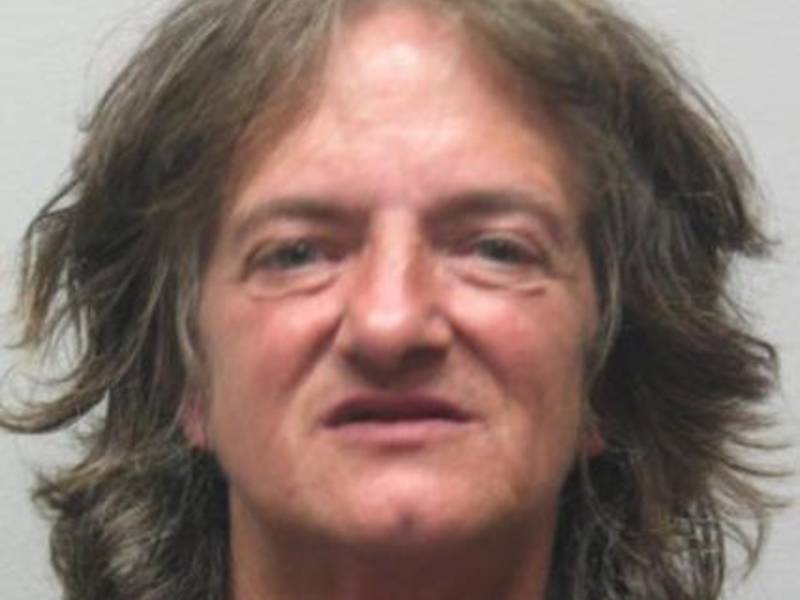 No one was injured during the incident.

DAYUMN! The last guy who looked like that had a pentagram on his forehead. He really… uh, she really does look like a homeless man. Even that crooked nose suggests she’s been hitting fists with her face, consistent with this story but not with even feral female behavior.

It would be so, so modern-American if she got a misdemeanor for hitting a security guard and a felony for animal cruelty.

The truly creepy part is her lower eyelids–so flabby that they look like scabs or crusts. I’ve seen this in several “notable” people and they’re always either deranged or holding high office. The classic case is George Soros’ eyes:

Whoa. I just now realized, putting the pics in this post, that both of them have noses and mouths pulled the exact same way. Creepy.

Anyway, I’ve never read a physiognometric explanation for that “second lower eyelid”. The Chinese equate drooping lower eyelids to kidney failure but no such example is comparable to this and I’ve not heard of Soros ever being on dialysis. I haven’t decided on a tentative interpretation myself but it turns up in the most questionable of characters.

If you, the reader know a case of “second lower eyelid” then let me know. I’m curious to compile some examples to look for commonalities.