Stanford University has decided to rename its buildings to ease the hurt butts of militarized students and Amerind grievance-mongers, distancing itself from a piece of California history called Junipero Serra, an influential and amazingly accomplished Catholic priest who was instrumental in founding the famous California Missions as well as the cities of San Francisco and Los Angeles. 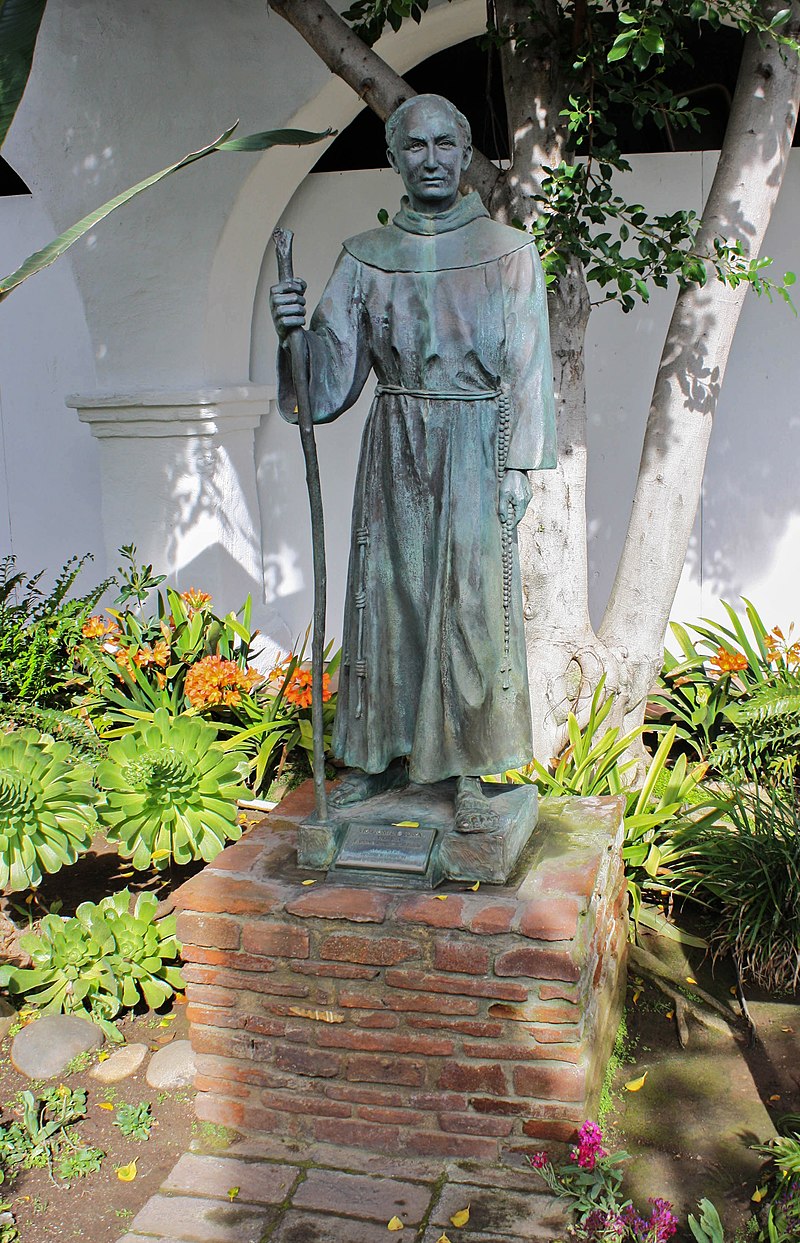 Statue of Father Serra at the San Diego Mission.

Serra was admittedly harsh to the locals, being a firm believer in forced conversions, Inquisitor-at-large for New Spain and various other issues a modern Prot like me could nitpick. However, the sort of people who think Serra was evil tend to champion truly wicked men like Che “the Pig” Guevara. It’s an unfunny joke when atheists claim devout Christians are the bad guys; the 20th Century has settled this matchup beyond doubt.

Stanford will also seek to rename Serra Mall, pending the approval of Santa Clara County and the U.S. Postal Service. This would change the University’s official address, which is currently 450 Serra Mall. If approved, Serra Mall will become Jane Stanford Way in honor of the University’s co-founder.

A choice of obvious cultural and historical significance. How did we manage to become a state without the blessed influence of Jane Stanford? 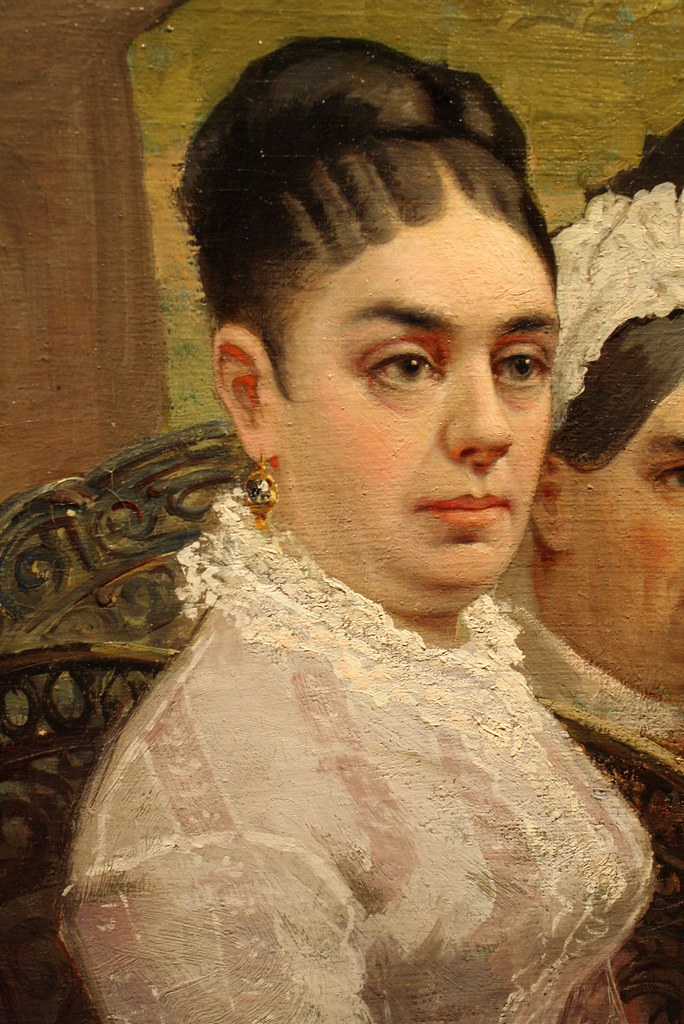 Do those look like crazy eyes to you? She’s not quite bitchface but no photographs I’ve found would disagree with that accusation.

New names for the Serra dorm and the Serra House, an academic building that houses the Clayman Institute for Gender Research, have yet to be determined. According to Brad Hayward, Associate Vice President for University Communications, the University will select the new name for Serra dorm after gathering student input starting this fall.

“We don’t know who we do want the dorms named after but we’re sure Father Serra has got to go. Hey, let’s let the kids make our decisions! We won’t trigger them that way. We don’t want to trigger them.”

Not all landmarks that echo Serra’s name will be re-christened. Serra Street, which stretches from the end of Serra Mall to El Camino Real, will retain its name. The dorm Junipero — named for the juniper tree rather than Serra, despite popular misconceptions — will remain unchanged.

Yeah, sure. The dorm was named after a species of tree, not the guy whose name is on the surrounding buildings and street. I doubt academic freedom can exist in a university willing to lie to itself as a compromise or cost-cutting measure.

The decision was recommended by the Advisory Committee on Renaming Junipero Serra Features, convened by University President Marc Tessier-Lavigne to apply a set of principles surrounding the renaming of campus buildings and landmarks to those honoring Serra. The recommendations have been accepted by Stanford’s Board of Trustees.

I left the link to those principles for the interested. They’re so vague that somebody must have been paid a large fortune to write them.

The decision was recommended by the Advisory Committee on Renaming Junipero Serra Features, convened by University President Marc Tessier-Lavigne to apply a set of principles surrounding the renaming of campus buildings and landmarks to those honoring Serra. The recommendations have been accepted by Stanford’s Board of Trustees.

“We hope that renaming the two Serra houses and Serra Mall will remove a significant hurt to Native Americans, other members of the Stanford community and the larger diverse world that Stanford seeks to embrace,” the committee’s report states. “We also acknowledge that respect for historic continuity with Stanford’s founding reflected in our recommendation to maintain the names of other features named for Spanish missionaries and settlers may continue to cause concern for some.”

I found an interesting reason for Junipero Serra to be singled out like this: Serra was canonized by Pope Francis on September 23, 2015, as a part of the pope’s first visit to the United States, the first canonization to take place on American soil, per Wikipedia.

Stanford’s Thursday decision marks a milestone in a multi-year debate that has been fraught with institutional delays and ensuing frustration from those who sought a resolution to the matter.

The Advisory Committee on Renaming Junipero Serra Features is the third committee convened in response to the call to rename Serra. An original committee, tasked in 2016 to resolve the renaming question by then-President John Hennessy, failed to deliver a verdict on the matter after a long stalemate.

In late 2017, institutional efforts to address the renaming controversy accelerated. Tessier-Lavigne announced that he would dissolve that group and convene two new committees; the first would devise principles on renaming to ensure continuity between cases going forward, and the second would apply those principles to Serra’s case.

Mark Tessier-Lavigne is a pedoface. How ironic, for a man unpersoning a virtuous Catholic priest. (Visit pedoface.com for more examples.)

Committee chair and former Stanford Law Dean Paul Brest said that the group’s deliberations, including efforts to perceive the nuances of Serra’s relationship to Stanford history, were thoughtful and constructive.

“It was a very positive and productive process,” he said.

“What came through to all of us — and I speak for all the committee members who were there — was a sense of sincere passion about their felt harms that Native Americans felt from Serra,” Brest said. “There was a tremendous empathy and association of Native American experiences wherever they came from, with each other.”

In the meeting, individuals of Native American descent recounted “visceral feelings of harm, trauma, emotional damage, and damage to their mental health,” as a result of buildings honoring Serra, according to the report.

Utter bullshit. Some dude who lived in the 1700s did not do harm to anybody alive today. Do “Native Americans” think the world would have left them alone in North America, howling at the moon in their ignorant, Stone-Age squalor? We whites came along and gave the Amerinds a gold-plated invitation to be part of the greatest nation in human history and these chuckleheads decide to be ingrates. If not us, then probably the Chinese or Japanese would have ethnic-cleansed them into oblivion.

Native Americans murdered some of my settler ancestors. Should I allow myself to have “visceral feelings of harm” about that? It was way more recent than Catholic California. Maybe I will one day, if we’re going to have an “I get to hurt you today because other peoples’ ancestors did my ancestors a bad turn” pissing contest.

According to the report, Catholic community members expressed their hope that the committee would not “attack evangelism” as an enterprise.

Catholic stakeholders also said the committee should not attribute all problematic components of the mission system to Serra, as some factors were beyond his individual knowledge and power.

“The mission system changed after his death, and the mission system as a whole is more than just Serra,” Catholic Students Association former president Katie Hufker ’18 told The Daily last year.

The committee summarized the Catholic community’s viewpoint with the statement of one individual, who said they would be “disappointed but not angry,” if features honoring Serra were renamed.

As a result, the committee determined that “the harms avoided by renaming outweigh the harms of renaming,” and thus, renaming is “not disrespectful,” according to the report.

The Catholics cucked and as a reward, Junipero Serra wasn’t completely unpersoned.

History of the debate

The renaming effort began when the Associated Students of Stanford University (ASSU) Senate passed a resolution asking the University to consider renaming buildings honoring Serra in February 2016. Specifically, the resolution called for the renaming of four locations: the Serra and Junipero dorms, the Serra House and the University’s address.

The original ASSU Senate bill said that “recognition [of Serra] illustrates the dismissal, indifference and subsequent erasure of indigenous voices in the institution and tacitly celebrates the atrocities visited upon Native communities of old.”

“Father Serra’s actions led to the massacre of thousands of people and the disappearance of languages and cultures, which is a net negative,” said former ASSU Vice President Brandon Hill ’16 while discussing the bill. “We should shift the burden from us … justifying why he needs to go to, why is it imperative that he needs to be celebrated?”

Stanford has failed as a university by not answering Brandon’s idiotically simple question. We remember the great names and deeds of the past because they are great. Significant. The ancients are no different from us. How they faced the same problems that we do today is incredibly valuable, both the “do this” lessons and the “don’t do that”. Remembering them is not endorsing them. I can champion the memory and influence of Junipero Serra without being either Catholic, a Spaniard or a militant Inquisitor. Brandon Hill and his fellow children–I cannot call then students, they were not at university to learn–are so drenched in grievance-mongering and Convergence that they would erase the past in favor of the all-consuming Present. They think history has nothing to teach them. They think so long as there’s a book somewhere with this stuff written down, that they can safely forget the book’s title.

They are cultural arsonists, torching history because they like pretty flames.

Such an attitude is incapable of learning beyond the level of training a chimp to ride a bicycle. Brandon Hill should have been expelled and the Amerind whiners should have been laughed (and escorted) off the campus with their demands stuffed up their kiesters.

But no, modern faculty and staff live in fear of their own students.