Doncha love it when the mainstream media encounters a story too sensational to ignore and too close to home to publish? I’ll be giving three accounts of the same story demonstrating three different ways to handle such a minefield:

From USA Today, CBS, NY Times & Aj Jazeera (they copypasted each other):

That includes five victims and a suspect, the sheriff said.

“This is highly unusual to have six people shot and dead in one incident,” Youngblood said. Asked if this was a mass shooting, the sheriff said “absolutely.”

Addressing the media around 8 p.m., Youngblood said the suspect went to a trucking business with his wife and confronted another male at the business, which is located on Manwell Boulevard behind Bear Mountain Sports.

The husband shot the man at the trucking company, and then turned and shot his wife. A third male who showed up at the scene was pursued and shot by the husband.

A deputy found him driving on Edison Highway. The suspect pulled into a lot and when the deputy confronted him, he shot himself in the chest.

No names. Few details. Blood and guts and move along, people. Nothing to see.

The suspect in a string of shootings in Bakersfield, California, that left six people dead on Wednesday has been identified as a 54-year-old man who may have been going through a divorce with his wife, according to local authorities.

Investigators believe that Javier Cazarez, a legal, permanent resident of the United States, may have forced his wife to come with him to the trucking shop to confront people there, Kern County Sheriff Donny Youngblood said in a press conference Thursday, calling the shooting spree “very calculated.”

Heehee. What was the journalist thinking when he wrote that? They never describe white shooters in America as legal, permanent residents.

Cazarez was armed with a .50 caliber handgun, the sheriff said.

That’s almost certainly the .50AE Desert Eagle, if it’s not a revolver. A gaudy, front-heavy, nearly useless handgun that is only purchased by hulking male egos. “Don’t worry, he’s not an illegal, hey look at that HUUUGE gun!”

“The way this went down, it appeared that this was well-planned,” Youngblood said.

Cazarez’s attacks were carried out at five difference scenes, according to authorities.

Around 5:20 p.m. local time Wednesday, deputies responded to a trucking business where shots were fired, according to the Kern County Sheriff’s Department.

Cazarez then allegedly shot and killed two people, his wife and a man, Youngblood said.

His wife and her lover, he means. A little change of phrase to try and keep the dots unconnected.

Keeping the names out makes all the violence look random. This was a white knighting third party. Contrary to what you’ve heard, California DOES allow concealed carry permits. They’re hard to get in urban counties but Bakersfield, yeah, maybe.

Don’t be a white knight, guys. If you hear shots and have a firearm, you can still walk away. Just saying.

The suspect then went to a residential home, where he allegedly shot and killed two more people, according to police.

No way that was a random target. We still aren’t being told something.

The suspect then allegedly carjacked a vehicle with a woman and child inside, but they escaped and were not injured, police said.

This couldn’t have been too premeditated if Cazarez ran out of gas halfway though.

A Kern County sheriff’s deputy located Cazarez while he was driving on the highway, Youngblood said. Cazarez then pulled into a lot and shot himself in the chest, killing himself, the sheriff said.

Investigators are interviewing witnesses to try to piece together the suspect’s relationship to all the victims, Youngblood said.

Domestic violence may have also played a role in the incident, the sheriff said. 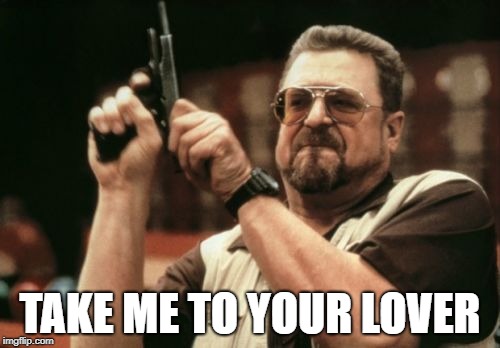 It’s inevitable. Give men no alternative to extreme violence and guess what the next day’s headline will be?

CNN for the scoop!

The shooting spree unfolded in less than 40 minutes across three locations in proximity to each other near Bakersfield, California, Kern County Sheriff Donny Youngblood said.
The gunman, identified as Javier Casarez, 54, killed himself as a sheriff’s deputy confronted him, Youngblood said. 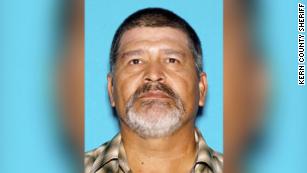 We even get a picture of Casarez. His head is tilted up but I think he has the “cutting eyelids” warning sign. Wide, flat nose indicates tribalist attitude. Big, thick brow, strong chin reinforced with beard and (I think) vertical lines between the eyebrows suggest he’s got a forceful personality or anger problem. All head and facial hair is well-maintained so he’s mentally organized. I must admit, I’ve never seen cheek lines like those.

Along the way, the gunman stole a vehicle from a woman and her child but let them live, Youngblood said. He told the woman something to the effect of “he wasn’t a bad person,” Youngblood said.

Yeah, his car broke or something and he improvised. In hindsight, the woman and child were not in danger. Men shouldn’t white knight and certainly in this situation, women shouldn’t try to be a hero with a handbag firearm. Unless the ‘gunman’ wants you to drive into the middle of nowhere, just do what he says, ladies.

Police are investigating the relationship between the gunman and the victims. But it appears Casarez and victim Petra Maribel Bolanos De Casarez, 45, had begun to divorce about four months ago, the sheriff said. They were in “divorce proceedings” and she had recently sought a hearing related to child support and property, he said.

There it is. Why deny it? We filled in this blank two perspectives ago.

“It appears to be there’s more than just a husband and wife having a fight, because other people were targeted. There’s a reason for that, and we need to find that reason,” the sheriff said.

The pair arrived at T&T Trucking at 5:15 p.m. on Wednesday and confronted an employee identified as Manuel Contreras, the sheriff said. Casarez shot Contreras with a .50-caliber handgun and then Bolanos, Youngblood said.

She’d monkeybranched to Contreras and was trying to stick Casarez with the bill in family court. An old story in the Manosphere.

Another man, identified as Antonio Valadez, fled the building. The gunman followed him in his car to the front of a nearby hunting equipment shop and shot him, Youngblood said.

His life was over anyway so why not take out Contereas’ friend? This explains the third party showing up, if he was a “hunting equipment shop” employee reacting to capital murder at his front door.

The gunman then drove to a nearby home, where he fatally shot Eliseo Cazares, 57, and his daughter, Laura Garcia, 31, as she tried to intervene, the sheriff said.

The comment about child support above had me expecting foster parents holding his kids. Instead, I’ll guess Eliseo was his brother white-knighting for wifey, perhaps testifying on her behalf in family court, or maybe he was the foster parent and the (unharmed) kids just didn’t get mentioned. Then Laura tried to intervene in a violent dispute between men. Again, don’t play in Man World, ladies. It’s not always about male privilege.

He left the home and hijacked a vehicle with a woman and child inside, but let them go, Youngblood said. He headed to a nearby highway, where he saw a deputy and pulled over into a lot.

As the deputy drew a weapon and confronted him, the gunman shot himself fatally in the stomach, Youngblood said.

I’m glad Cazarez didn’t shoot it out with law enforcement. No good would have come of it and he still got to die with his primary targets checked off. All in all, I approve of Cazarez’ behavior. It’s hard to say he did wrong when one cannot propose a reasonable alternative.

Go MGTOW and you won’t end up like this, choosing between lifetime misery and checking out Mad Max-style.

I wonder how accurate I am? These stories can be hard to get closure on.

3 thoughts on “Tiptoeing Through Their Own Minefield”