So Jesse David Fox claims. I can almost just link to this stuff, it’s such pure butthurt.

So long as it has “emotional impact”

In an article for New York Magazine, Jesse David Fox writes, “Like Post-Rock, Post-Comedy uses the elements of comedy (be it stand-up, sitcom, or film) but without the goal of creating the traditional comedic result — laughter — instead focusing on tone, emotional impact, storytelling, and formal experimentation. The goal of being “funny” is optional for some or for the entirety of the piece.”

How Funny Does Comedy Need to Be?

Dayumn. Intentionally disorderly hair combined with glasses that form a sheer wall against reality are bad physiognometric indicators. His facial hair wants to be masculine without putting in the effort. A profile pic I found confirms that his chin juts out, indicating a forceful personality but other indicators such as jowls or vertical lines between the eyebrows are missing. Ears are large (above eyes & below nose) so an outward verbal orientation. His nose is large and well-defined indicating good energy levels.

This is a guy who’s unconventional because of disordered thoughts, who communicates well enough but is fearful-aggressive towards the outside world.

Why so serious? to quote a famous clown, is a question being asked about comedy more and more frequently by its consumers and by comedians themselves. To the point where some are questioning if it can even be called “comedy.”

They would be the conservatives who bought tickets.

Comedians and comedy writers are increasingly pushing the bounds of what it means for something to be a comedy in the most basic sense, rewiring the relationship between comedies and jokes. So what is comedy without jokes? It’s post-comedy.

*GQ checks Mirriam-Webster* Comedy without jokes can be “a medieval narrative that ends happily – Dante’s Divine Comedy” or what seems most relevant here,  “a ludicrous or farcical event or series of events – a comedy of errors”.

Guess what, liberals, Dante beat you to unfunny comedy when he wrote about Hell.

Sure, [post-comedy] sounds pretentious; it’s a pretentious shift, especially for a form that has always seemed allergic to pretension. But it seems the best way to describe comedy is that it’s looking more like the frowning mask than the smiling one. I was confused to see some writers refer to Nanette, Hannah Gadsby’s much discussed stand-up special that deconstructed how stand-up works and passionately made a case for the shortcomings of comedy as a medium for expressing pain, as “anti-comedy.” Though it takes an antagonistic view of comedy, anti-comedy is already a thing (simply: it’s a joke that’s funny because it’s not unfunny), and it is not what Hannah Gadsby did. My colleague Matt Zoller Seitz’s term for serious comedies — the “comedy in theory” — is closer, but it’s become increasingly clear that they are comedies in practice, formally redefining what comedy is itself. 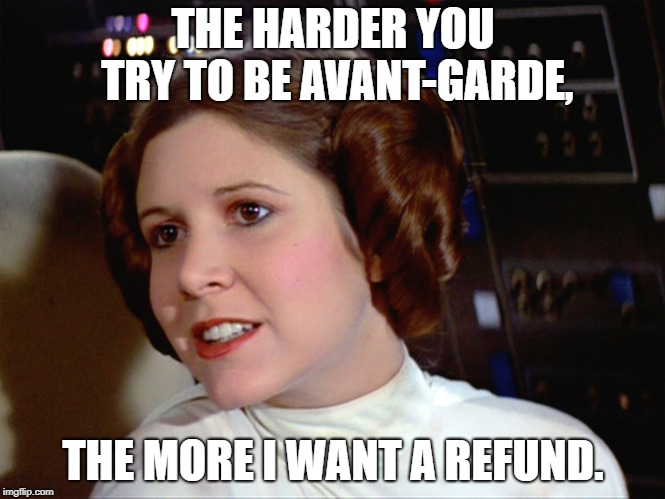 This type of work is not completely without precedent — I’m thinking of certain early SNL work (especially Tom Schiller’s short films), or Beth Lapides’s influential L.A. alternative comedy show UnCabaret, that asked comics to not do their acts and instead focus on stream-of-conscious storytelling.

That sort of thing works for reality TV because low production values are expected and it plays to the hamsters of young women: solipsism, casual sex and savage barbarians wiping their asses with their hands. Not a good look for family events.

Jesse Fox is a Leftoid, right? I bet his “stream of consciousness” leads to an ocean of Trump Derangement Syndrome.

But in the years since Louie premiered, it has not only become more common, it’s tended to dominate the conversation around comedy. It’s hard to not see this as a direct result of an era in which comedy and comedians are celebrated, but not exactly for being funny.

Because all y’all are a comedy of errors, like women in Army Rangers.

Fast forward a few months to a different person, but the same network: Dave Chappelle quits Chappelle’s Show, as the story goes, over concern that people watching (specifically white people) were laughing at the wrong parts of his jokes, obscuring the comedy’s intention. Chappelle was arguably one of the absolute biggest comedians of millennials’ youth, so the conversation around his departure was particularly foundational. And while he was beloved for doing comedy, he was revered for stopping.

Not too long after, you got Louis C.K. being called a genius for making an often jokeless show and, on his podcast, Marc Maron showing millions that comedians are complex, fascinating creatures who just happen to make people laugh for a living. Tig Notaro got cancer. Transparent premiered. Yada yada Trump became president and comedians were placed at the front lines of the resistance, regardless of what their act entailed.

Yep, TDS! Comedians “were placed” on the front lines? No, bro, it was more like this: 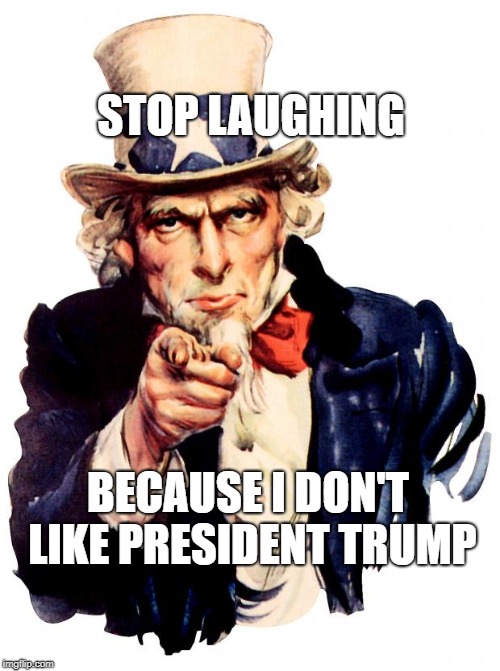 Here we are. A lot of comedy over the last few years isn’t funny, and there are no signs that things are getting any funnier. These things don’t exactly happen by coincidence. In a fractured media landscape, where ratings have become less important, and more viewers are cutting cords, the industry must rely more on buzz to draw viewers to their content.

The irony here is thick and zesty.

You can see technology’s influence on comedy even more in the stand-up special. When specials were a rare occurence, the comic’s focus was on building an act that could sustain them for years. But the number of specials Netflix greenlights, and the amount of money it spends on them, is slowly subverting the fundamental structure of stand-up comedy — transforming it from a live medium to a filmed one. …

To take it a step further, like everything that came after the financial crisis of 2008, the comedy boom that kicked into high gear a few months later is colored by a distrust of institutions.

That growing distrust was a feature, not a bug of 2008-2010. We learned our institutions have no concern for our welfare. A bad time for you ‘performers’ to decide live audiences having fun were crimping your style.

And for comedy, the institution is capital-C Comedy. While Hannah Gadsby is not American, Nanette became such a sensation here because it fit so perfectly with where things were going culturally. In many ways, it felt like a continuation of recent specials that were directly about comedy and how it functions — Make Happy, Thank God for Jokes, 3 Mics (though less explicitly), Cameron Esposito’s Rape Jokes. You listen to enough comedians talk on podcasts, and you’ll hear a generation wrestling with comedy itself, and what it means to be a stand-up when there are fewer big opportunities, but more small ones.

Looking at all of this together, what I’m seeing is a shift away from comedian as provider of a service (laughs), and toward comedian as artist.

An excellent sentiment to stop with. Comedians used to provide something of service, laughter at the difficulties and absurdities of life, a brief moment of putting our troubles aside. Such laughter is an invaluable defense mechanism; the day I stop laughing at the antics of child molesters, petty tyrants and Satanists will be a very bad day.

But liberal comedians don’t want to make money helping people. They fantasize about being our masters, about filling our brains with rape jokes and proper thoughts to think… at our own expense.

A liberal is someone who is excited by the disgusting and disgusted by service to others. Humility is their nightmare. That’s what Fox’s talk about “being an artist” is about. He wants to stop serving others and serve himself instead, giving license to all the scat and splat festering in his brain and justifying it all with claiming to be new and special.

These people are so deep in rebellion, they’d rather destroy themselves doing shrill monologues instead of helping themselves by helping others. Humility and seeking the welfare of our fellow man is the Christian path, even when you make a good profit by doing so; arrogance and narcissism is the path of the unrighteous, and most will end up in Hell long before they die.