You can trust the NY Times on this kind of topic.

How and Why Silicon Valley Gets High

Over the past year, at lunches with various Silicon Valley entrepreneurs, I have been told at least four times that magic mushrooms will help me become a better reporter (maybe) and three times that Ecstasy will make me a nicer person (doubt it). I have also been offered several chances to microdose on LSD (pass!) and now that it is legal in California, weed, weed and more weed in every conceivable delivery method (yum, gummy bears!).

And, of course, ayahuasca, a brew made from plants that includes the hallucinogen DMT. The well-known tech exec (who, like most people I interviewed for this article, asked not to be named, for obvious reasons) who urged me to try it with him was nearly ecstatic on the subject. “It is the thing to reach the next level of innovation,” he said. “And you don’t throw up that much.”

He had me until vomiting. Thanks, but no thanks.

Let it never be said that the Grey Lady has no standards.

This confluence of events made me curious about what is actually going on when it comes to drugs in the tech world these days. While the use of mind-altering substances here is nothing new, I spoke to just over a dozen people who all said consumption was increasing once again. Obviously, there are major problems with addiction to opiates and alcohol here, as elsewhere. But people in Silicon Valley tend to view drugs differently from those in places like, say, Hollywood and Wall Street. The point is less to let off steam or lose your inhibitions than to improve your mind.

“No one can afford to lose a step here anymore, so they want to hack the experience to make it work for their time-constrained schedules,” said one techie. “You want to be super lucid now.” 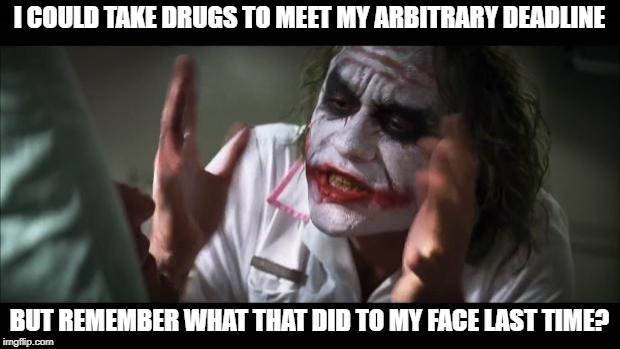 That is why everyone he knows microdoses, saving the longer-acting drugs like Ecstasy for the rare occasions when they want to party and relax. As always, Adderall is often used to plow through work.

I used Adderall to control my broken neck-induced ADD. It made my thoughts “harder to shift”, which helped me manage my overactivated limbic system. It did not make me smarter. Today, I’m off it and don’t miss it. More here:

The only reason a healthy man would use Adderall & Friends is to ignore his body’s need for diet and exercise.

And marijuana, he told me, had become more like drinking a glass of wine, noting that he sees people openly vaping at tech events. Why? “No one does a stupid tweet on weed like they might on alcohol,” he said. “The most that happens is that you get lazy and eat badly.”

Michael Pollan, whose recent book, “How to Change Your Mind,” talks about the resurgence of psychedelic drugs, told me in an interview that the exploration of drugs by tech workers remains part of the industry’s “hacking ethos.”

In a podcast I did with him in May, Mr. Pollan traced the trend back to the 1950s, when a group of engineers at the electronics company AMPEX got involved with Al Hubbard, the “Johnny Appleseed of LSD.” He convinced them its use would make their jobs easier and wanted to try out this premise on the “best and brightest and have the wisdom trickle down to the populace.”

“Scientists answer specific questions, but engineers deal with complex irreducible variables that you need to find patterns in,” Mr. Pollan said. “LSD helps with that.”

His book also discusses new studies being done on the use of psychedelics to treat depression and post-traumatic stress disorder, which are getting big financial support from techies. That research might eventually move the category of drugs from their turn-on-tune-in-drop-out heyday in counterculture San Francisco to the mainstream.

…“It is all about finding a technology to improve biology,” said Mr. Pollan.

He recently met someone who had just made a fortune selling his start-up and was now experimenting with mind-altering drugs.

“They have taken something like microdosing and kind of made it into a product,” he said. “You take a moment of inspiration and adapt it to capitalism.”

In other words, to make more money. Pass the Ambien.

Utterly tragic. This is what you get when ordinary men aren’t calling the shots: society thinks nothing of pressuring unsexy men to work 200 hours a week, shooting up whatever drugs are needed to make Executive Chad’s arbitrary deadlines, using frickin’ hallucinogens for inspiration and friendship. Is anybody honestly surprised that MGTOW has become a thing?

I hear this has already become a thing in China. The worker bees of the Party are encouraged to use performance-enhancing drugs to succeed at college and reverse-engineering all the tech they steal from us.

For the love of yourself, DO NOT AGREE TO THIS! If your new workplace is a mushroom farm, and not just because management keeps you in the dark and feeds you shit, get out. Don’t wait for somebody to “efficiently” spike the water cooler. LSD ain’t funny. It’s a gateway drug to addiction, crime, occult and the CIA.

Wired has more info on the “microdosing” trend.

It’s 7am on a sunny Friday in a shared house in the sleepy San Francisco neighborhood of Richmond. Flatmates buzz in and out of the kitchen as Lily (not her real name), a publicist for several startups, sits down with cup of tea and a credit-card-sized bag of dried magic mushrooms. …She’s now ready to start her working day.

“It helps me think more creatively and stay focused,” she says. “I manage my stress with ease and am able to keep my perspective healthy in a way that I was unable to before.”

Lily is one of many young professionals in San Francisco and beyond experimenting with “microdosing”: taking small quantities of psychedelic drugs – typically LSD or psilocybin mushrooms – every few days in the hope of improving their performance at work. In small amounts, say, a tenth of a full dose, users don’t experience a consciousness-altering “trip”, but instead report improvements in concentration and problem solving, as well as a reduction in anxiety.

One of affirmative action’s worst consequences is pushing unqualified people (especially women) into high-performance positions. Instead of giving up or faking it, they might easily search for chemical support to enable the high-level performance everybody is expecting them to have. Or alternatively, to banish the anxiety of constantly being pushed beyond one’s natural competence.

“What you get is the best parts of Adderall with none of the side effects. You function better physically and mentally. You find the office jerk bearable and you’re more compassionate about the flaws of others,” he says. “You feel you’ve had a pretty good day.”

That suggests a fascinating defense against #MeToo.

I hate the 21st Century. Office managers are so intentionally useless that employees are using hard drugs to get through the workday.

The high-pressure startup culture of the Bay Area leads many participants to view their bodies and brains as machines to be optimised using all of the tools available – meditation, yoga, Soylent, intermittent fasting, so-called “smart drugs” (including off-label ADHD and narcolepsy meds), microdosed psychedelics and legal nootropics.

“Mental creativity and performance is how people make their career here in Silicon Valley,” says Geoff Woo, the CEO at Nootrobox, which makes legal supplements claimed to boost cognitive function.

“I liken professionals in industries like tech and finance to professional athletes. A slight edge over the competition can make or break the team, product and business.”

Mental labor is not like physical labor. You can’t increase your native intelligence like back muscle. There’s a hard upper limit. Part of this culture of drug use is the less intelligent trying to compete with the more intelligent. It ain’t going to work out. Instead, the naturally super-smart should be appreciated and rewarded and not replaced with cheapo H1b frauds. But there goes the globalist New World Order fantasy and female territory-marking.

Speaking of professional athletes, are any of my readers happy about drug use in pro sports? Bodybuilders used to look muscles; now they look plastic and aliens. I grieve for kids whose heroes only succeeded with help from a syringe. Is the working world going to be any different from the sports world? 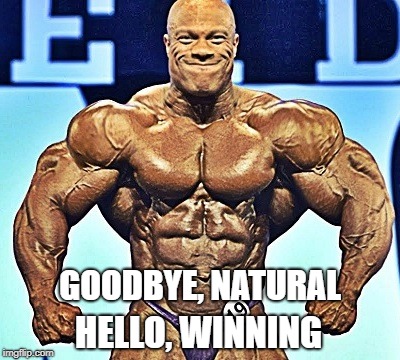 Neuroscientist and neurologist Dena Dubal, who studies anti-ageing strategies for the brain at University of California, San Francisco, agrees. “In some ways we are all drawn to enhancing our brains. And our ingenuity has enabled us to do so – particularly through the development of language and technology.

“We, in reality, enhance our brain functions through good sleep, exercise, nutrition, social interaction, coffee… And many continue to try and enhance brain function through new technologies and, in some cases, medications.”

Neurologist Dubal is a midwit. I use caffeine to wake up in the morning. Old people keep waking up at 5am and thinking I should, too. Similarly, diet, nutrition, sleep and socializing are biological necessities, not brain hacks.

Except in San Francisco, I guess.

The study that has captured the attention of today’s microdosers is one that took place in the summer of 1966, at a research facility in Menlo Park, led by a then 27-year-old Jim Fadiman.

The question he set out to answer was whether psychedelic drugs could help solve hard science problems. Volunteers for the study had to be dealing with a problem – something that could be measured, built, proven or manufactured – that they’d been stuck on for at least three months. Twenty-seven men, including engineers, architects, mathematicians, a psychologist and a furniture designer, signed up.

Each participant was given 200 milligrams of mescaline – the equivalent of 100 micrograms of LSD – and left to listen to classical music with their eyes closed for a couple of hours while the drug kicked in. Then, they were let loose on their problems.

The results were startling. There were breakthroughs or partial solutions to 40 out of the 44 problems the volunteers were collectively grappling with. …

It wasn’t until the early 2000s that a few researchers tentatively rekindled the scientific study of psychedelics.

Consistent timing with corporate/gov’t agencies wondering how to make geniuses out of the women and low-IQ migrants they chose to replace American men. It isn’t going to work. Denial of genetic differences between races is leading Silicon Valley and other hardline-Leftoid societies to find chemical means of creating smart people… and if we unsexy men don’t become the mental equivalent of Barry Bonds then we’ll become the mental equivalent of blissed-out cattle. Either way, the Elites will win. Either way, we lose.

Don’t drop acid. Go MGTOW instead. Let the Elites try to replace you by injecting harpies and H1bbies with mind-altering drugs. Let them fail.

2 thoughts on “Damn, They Really Are On Drugs”