Australia is a bit off my territory–like most Americans, I regard “the rest of the world” as a largely theoretical construct, or I did until the globalists turned San Jose into San Delhi–but commenter Virginia on Dalrock’s pointed me at a strong candidate for Mangina of the Year. Introducing Mirko Bagaric, Dean and Head of School of Law, Deakin University.

When it comes to committing crimes, humans have two distinct forms. Overwhelmingly, men perform most criminal acts. And, with only a hint of exaggeration, women never commit the most heinous offences.

A law professor should know better than this. Overwhelmingly, men are convicted of most criminal acts. Women never get convicted of the most heinous offences. But that does not mean offenses are never committed. Remember Harvard School of Law’s unofficial motto, “if you can’t be convicted then you’ve done nothing wrong.”

Women constitute approximately 8% of all Australian prisoners. However, the total number of women prisoners has grown considerably over the past decade.

But the level of female under-representation in overall imprisonment rates is not nearly enough. It should be somewhere between 0% and 1% of the total prison population.

…Women are even less represented in relation to the most serious offences. They commit virtually no sexual offences. Women constitute 15% of all defendants whose most serious crime is homicide or a related offence. However, the number of women charged with such offences is low given that only 955 such offences are reported annually.

With sodomy still being a tiny proportion of all sexual behavior, women being charged with virtually no sexual offences should be a massive red flag of institutional bias. Women are having uninhibited sex everywhere today and this law professional believes women NEVER EVER commit a sex crime against men? He’s calling for a target of 0% female incarceration so, yeah.

Since when does the criminal justice system have assigned outcomes, anyway? That’s another massive red flag, this time that social engineers have taken over society are are forcing their hopeless utopian fantasies upon the general public. What SHOULD be the target incarceration rate of a society? 100% of the guilty and 0% of the innocent; anything else is favoritism. If half of all black women are incarcerated because half of all black women commit crimes then all is well.

When women do kill it is usually different to male killing. Women often kill against a backdrop of victimisation and hopelessness, not because they are angry or revengeful.

BWAHAHA! Start using public transportation, you dipshit bubble boy. You’ll see angry and revengeful women on a daily basis. One week on BART (San Francisco Bay Area Rapid Transit) will give Mirko a better education in human nature than six digits of student debt ever can. Learning about human behavior in college is like learning about animal behavior from a Jane Goodall biography.

The most common offences for which women are imprisoned are unlawful entry (10%), theft (8%), fraud and deception offences (8%), drug offences (17%) and offences against justice procedures (11%). By contrast, the majority of men are in prison for acts of violence or sexual offences.

This sounds cherrypicked. The majority of male crimes is also non-violent. Trespass, theft and drug possession are always going to be more common than homicide and rape-rape.

Whoa, wait up. When he says “for which women are imprisoned”, is he talking prison or jail & prison combined? In America, prison is hard-time land; you don’t go there for trespass, shoplifting or a gram of coke. Unless Australia is much different, both men and women in PRISON there should be majority violent/sexual.

The undeniable difference between men and women when it comes to committing crime should be reflected in a fundamentally different approach to the sentencing of women. Not only should women generally receive more lenient penalties than men because they are normally more law-abiding, but women who commit the same crime as men should in most cases receive lighter penalties. This should be so for three reasons:

1. Women re-offend less frequently than men – and by a considerable margin.

Women don’t need to be punished because they won’t do the crime again anyway? Care to bet on that?

2. The impact of imprisonment on women is generally more damaging than on men. Women who are imprisoned for a long time can have their right to procreate effectively negated. For men, the same sanction is typically merely a suspension of this right.

It’s disgusting to see a man with penis envy.

Women also suffer more while they are imprisoned. They are more likely to have mental health issues and be victims of sexual abuse.

Meanwhile, men half-joke about “dropping the soap” in prison showers. Notice we aren’t laughing when we say it.

3. Women perform a greater portion of the nurturing and benevolent acts in society than men do. Removing them from society often has a devastating impact on their children, relatives and other dependants. This disruption should be minimised.

By granting custody to the childrens’ fathers? Does Daddy get an “I have kids” pass, too? Or is the father considered disposable by the government?

It is only an utterly perverse and misguided sense of equality that would suggest that female offenders should be treated the same as males. 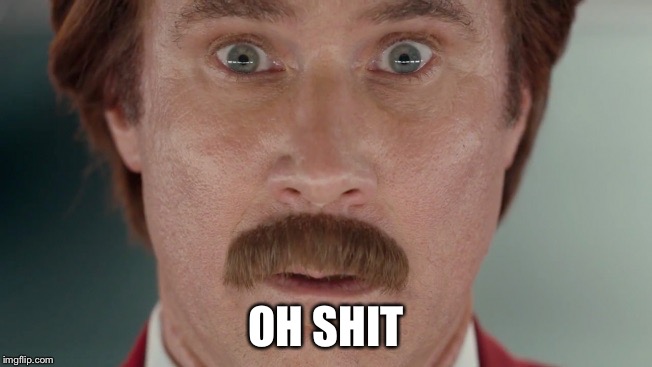 Effectively eliminating the threat of imprisonment from the female psyche will not encourage them to commit more crime. Empirical data establishes that there is no link between severe penalties and low crime. The only policing and sentencing approach that reduces crime is increasing the perception in people’s minds that if they commit a crime they will be caught.

Side note, Mirko prides himself on being a criminal sentencing expert.

Implementing changes to the sentencing system that will benefit women does not necessarily prejudice men. The opposite is the case. The reforms will prompt a reassessment of all sentencing principles so far as non-violent and non-sexual offenders are concerned.

This will logically result in less severe sanctions for men who commit crimes of this nature. It is the only tenable approach to dealing with Australia’s prison over-crowding crisis.

You just bought yourself a Fisking Round Two with a conclusion that deranged. Such a magnificent target must have more to offer! Stay tuned!

One thought on “A Mangina Down Under”